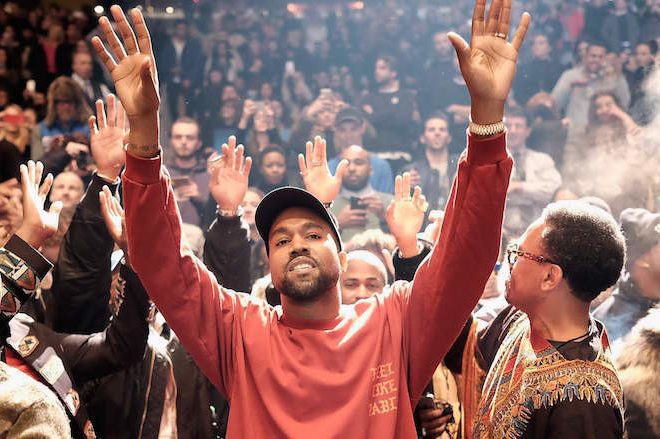 Kanye West has been captured on camera encouraging an aspiring rapper to freestyle for him outside a restaurant in New York City,

Ye encountered the MC, who goes by the alias Loner, while out for dinner with his new girlfriend - actress Julia Fox.

Loner shook the DONDA rapper's hand and explained to him that he has been working on his rap career - Kanye then encouraged Loner to rap by pointing at the camera.

When Loner began freestyling, Ye encouraged the up-and-comer by throwing in some “woo!” ad-libs.

People were quick to comment on Kanye's action, one person commented: "Shout out Ye for giving people a simple chance to be seen or heard which could be everything for someone that need a break".

West is rumoured to be working on his 11th studio album - which will reportedly be a follow up to this year's DONDA.

He is also said to be headlining alongside Billie Eilish at Coachella 2022.

[Via NME and Complex]