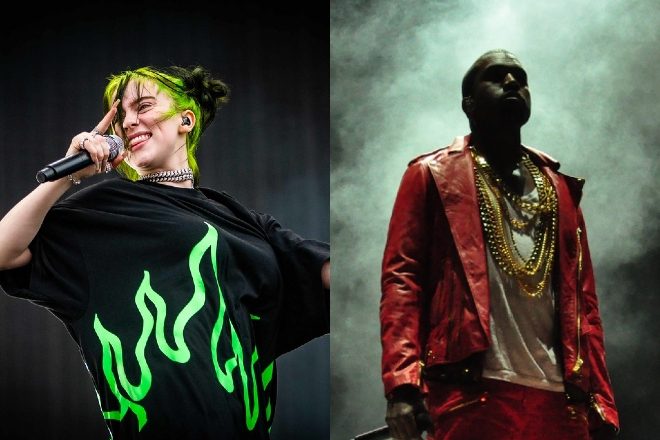 Kanye West and Billie Eilish are rumoured to be headlining California's annual Coachella Festival this summer.

Both headliners could be joining previously confirmed top-billed act Swedish House Mafia over the two weekends in April, from 15-17 and 22-24.

Although Coachella has yet to make an official announcement, both acts were confirmed by sources who told Variety earlier this week. According to the magazine, Billie and Kanye will perform on Saturday night and Sunday night respectively.

Read this next: Full vaccination will be required to enter Coachella and other AEG venues

Kanye last headlined Coachella over a decade ago. In 2011, the rapper performed on the main stage with special guest appearances from Pusha-T, Bon Iver, and Mike Dean.

In October, Coachella left a cryptic post on Instagram hinting that Swedish House Mafia might also be slated to headline this year’s event, although this has still not been confirmed.

Traditionally, the festival leaves one of the top spots for an old-timer, keeping the “throwback” slot ready for the likes of Radiohead, Guns n’ Roses, AC/DC, OutKast, amongst others.

Rage Against The Machine were also rumoured to perform this year after they were originally set to appear on Coachella’s 2020 line-up, which was later postponed due to COVID.

Following November’s Astroworld tragedy, Travis Scott was removed from this year’s Coachella line-up which the rapper was subsequently moved onto after the previous two events were scrapped entirely.