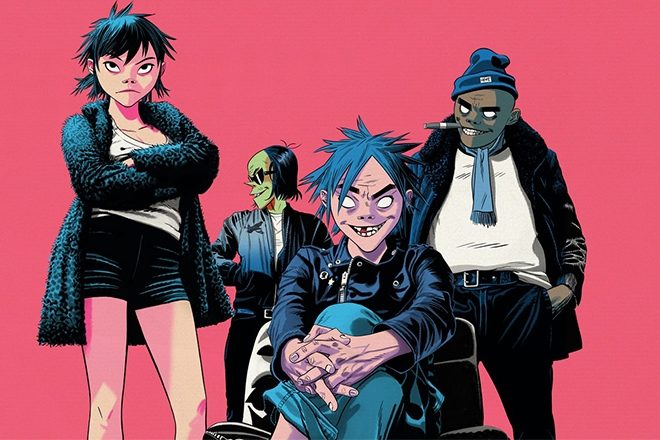 After rumours back in 2019 that there was "supposed" to be a Gorillaz film fans have been waiting for this confirmation.

In an interview with Zane Lowe on Apple Music 1, the Gorillaz frontman Damon Albarn spilled the news of the full-length documentary film saying: “We’re having a writing session in Malibu this afternoon.

“It’s really exciting to do that. It’s something we’ve been wanting to do for a very long time. It’s been through so many incarnations…this Gorillaz doing a movie. But Netflix, I don’t know.

Read this next: Gorillaz: “White Supremacy Must End”

“I mean, apart from them kind of running this city now, I mean – it’s just extraordinary to see how ubiquitous they are now. They just seem like they’re a good creative team, you know?”

The substance of the film is unknown, but Albarn has said: “I see a lot of people doing animated videos these days, but I don’t think they really touch the quality of ours,”

And continued: “We’re more in the world of Studio Ghibli.”

Netflix has been working with many artists recently to create documentary films on their work from Notorious B.I.G. to Beyonce.

Read this next: 10 Iconic Gorillaz Moments

Albarn also spoke about his new solo album ‘The Nearer The Fountain, More Pure The Stream Flows’ which came out last week.

Earlier this month, they also reissued their seventh album and audiovisual project ‘Song Machine Live’ in cinemas December 8 to celebrate its 20th anniversary for one night only, with tickets still available. As well as this, you can now pre-order their super deluxe vinyl boxset.

Gorillaz last released new music back in August with the surprise EP ‘Meanwhile’ as a celebration of Notting Hill Carnival.