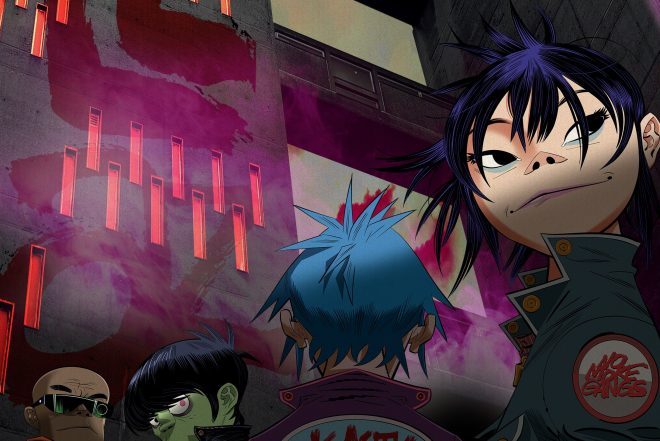 Gorillaz have dropped a surprise EP in tribute to Notting Hill Carnival, which was due to take place this weekend.

The three-track record features Ladbroke Grove's very own AJ Tracey, Jelani Blackman, Barington Levy and Alicaì Harley. The tracks were previewed at a free concert for NHS workers in London's O2 Arena on August 10, but are now available to stream.

Read this next: In Session: Gorillaz

This year marks 20 years since the release of their self-titled debut album, and 'Meanwhile' is part of the celebrations.

The EP is named after Meanwhile Gardens where they held their first-ever gig performing Clint Eastwood, while the artwork features Trellick Tower, part of Cheltenham Estate in Kensal Rise.

Read this next: 10 most iconic Gorillaz moments

Gorillaz lead singer 2D spoke about the name: “Meanwhile Gardens are just around the corner from Memory Lane. If you get to Crawley you’ve gone too far.”

2021 marks the second year Notting Hill Carnival has not been able to go ahead, with 2020 being the first time the Carnival had been cancelled since 1996.

Organisers have said plans for a 2021 edition “will not be on the streets” but other events that “allow everyone to safely celebrate everything” will take place.

You can stream 'Meanwhile' here, and watch the visualiser for 'Meanwhile ft. Jelani Blackman with Barrington Levy below.