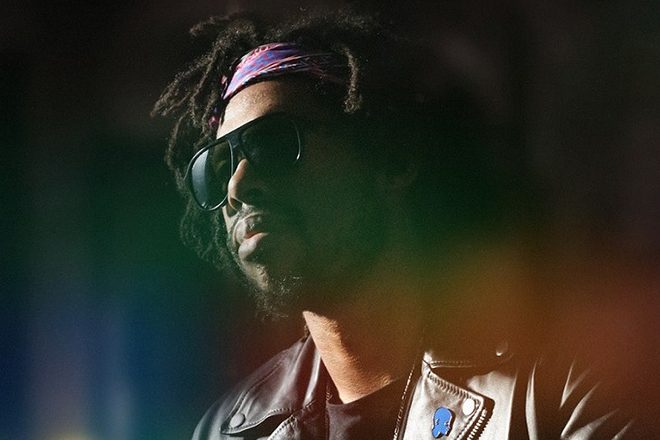 One of the founding members of the seminal Brainfeeder imprint and one of the most important figures in the Los Angeles Beat Scene, Ras G passed away at the age of 39 on July 29, 2019. No cause of death has been given but he had revealed in December that he had diabetes and pneumonia.

"The last time I saw G was really special to me, and there was something about the timing I just felt was really urgent to go see him," said Lotus during the broadcast. "So, I went to go see him and I told him a bunch about this idea that I had, and he started kicking over some cool ideas, and we started just going back and forth about it. It was really, really cool. He even gave me the title for it, in the end, called 'Black Heaven'."

That night, the pair began constructing the eerie, otherworldly and spacious track. "We started messing around with some music, and I pulled out my little keyboard from my backpack and I just started playing some stuff and told him to record it, and he was saying, 'We don't even need to record no drums. You just play that stuff. It sounds like movie scenes. It sounds like scenes in your mind. What does this scene sound like to you?' I just kept playing, and then he started recording. The next day, he sent me something back, and it was titled 'Black Heaven'."

Listen to the dedication and track below.

Flying Lotus will be making his way to Santa Fe, New Mexico on August 16 - 18 to present his headlining 3D set at Meow Wolf's own Taos Vortex Festival. Learn more by going here.