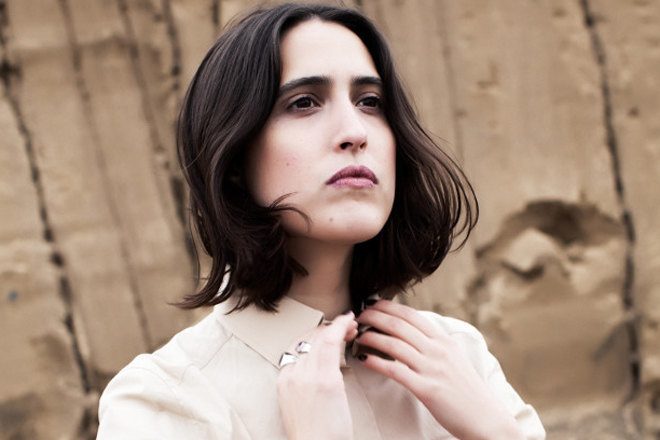 Croatia's Dimensions Festival has announced the first wave of performers for its 2019 edition at Fort Punta Christo.

Over 100 DJs and live acts have been announced and there are still more to come. Among the long list of house and techno heavyweights who have been tapped for the festival are Helena Hauff (above), DVS1, Hunee, Skee Mask, Nina Kraviz, DJ Stingray, Joy Orbison, Omar S and Peggy Gou to name a few.

The Hessle Audio crew will be out in style with Ben UFO, Pangaea and Person Sound combining forces for a joint DJ session. The festival will see live performances from Objekt, Hunee, Octave One, Jeff Mills, Larry Heard and more.

Dimensions will be leaving their home of Fort Punta Cristo in Pula after this last edition. The team behind the festival has called the site home for 10 years, inviting many of the world’s finest electronic artists to perform in the 19th-century naval fortress.

Check out the initial line-up below. 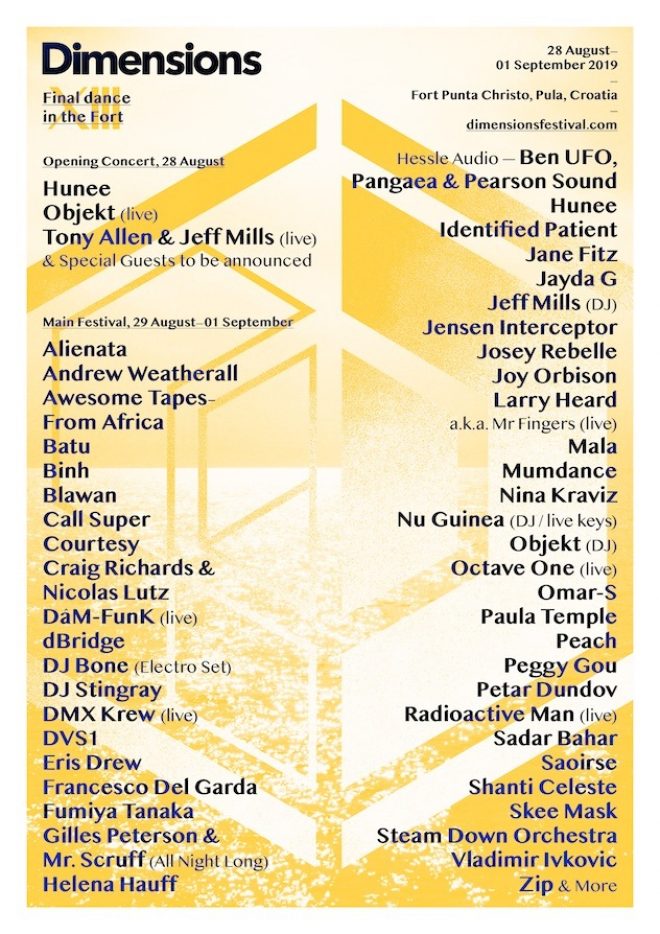 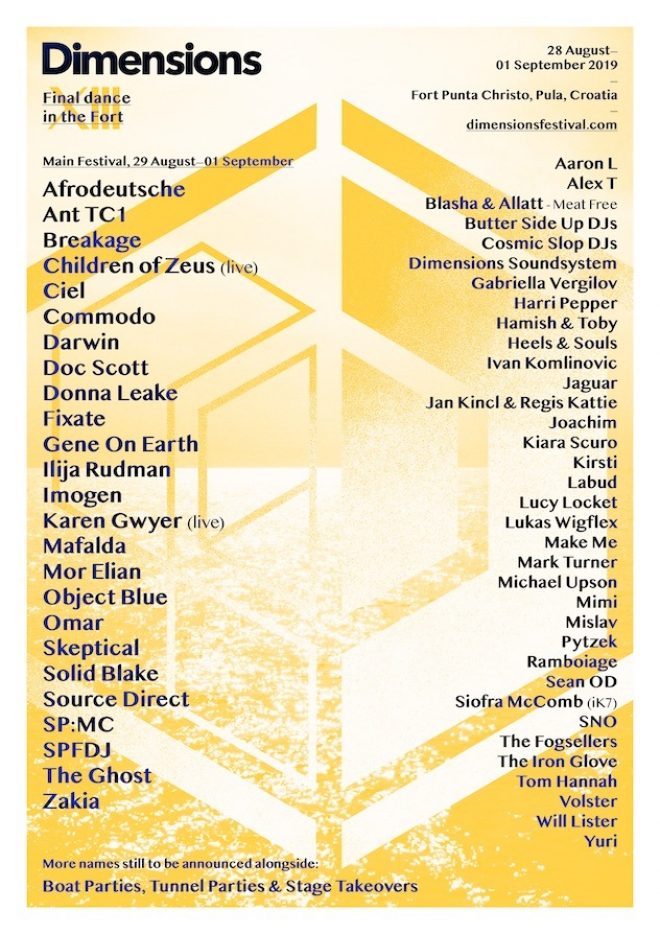