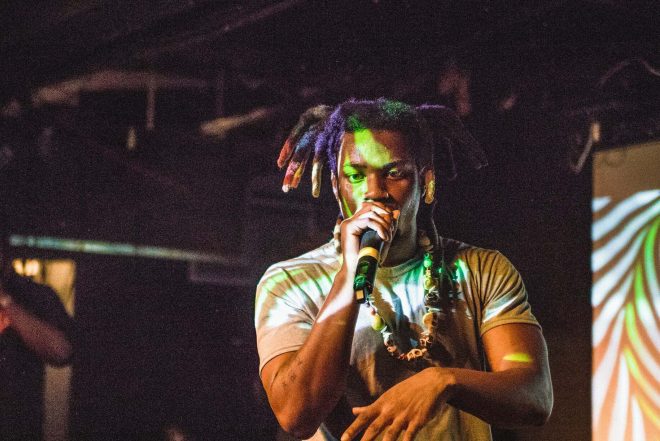 Denzel Curry has revealed the title of his upcoming album, 'Melt My Eyez See Your Future'.

He announced the news through a Western-style trailer, which sees Denzel walking through a desert.

Read this next: Flying Lotus and Denzel Curry issue the #BlackBalloonsChallenge

A harpsichord-driven soulful instrumental provides the soundtrack to the video.

The mini-clip finishes with a list of credits reminiscent of those found at the end of a movie, offering fans a sneak peek at who will be included on the album.

Kenny Beats and Denzel last collaborated in 2020 for the release of 'Unlocked', which was followed by 'Unlocked 1.5', a remix album released last year.

The release date for 'Melt My Eyez See Your Future' has yet to be confirmed.

'Melt My Eyez See Your Future' will be Denzel's first solo album since 2019 release 'Zuu'.

Watch the video announcing the upcoming album below.