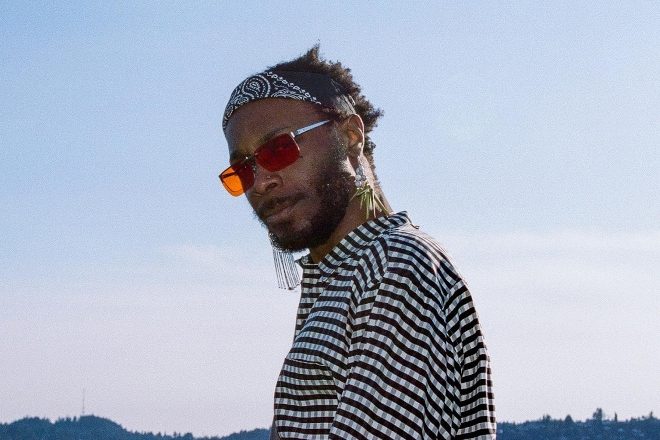 JPEGMAFIA has shared a music video for his new single, 'Jesus Forgive Me, I Am A Thot', the first track off his upcoming project.

It is the American's first solo single since releasing his second studio album, 'Veteran'.

Speaking about the mountainous, Andrew McGlennon-directed video, Peggy explains, "It's nice to have something out that's more me. I hiked five fucking hours for this fucking shoot. Five. fucking hours. If anybody doesn't like it then fuck you. I hiked five hours. I don't care. It's beautiful, it's elegant, and it doesn't have to force you into keeping your attention."

He continues, "I just wanted something that was able to be suspenseful without forcing it. This video is just me existing. I wanted you to be moved by what's going on. And if not, then fuck you. I hiked five hours."