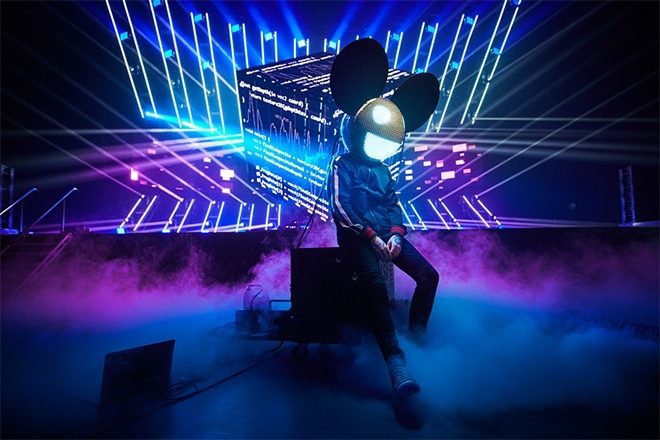 With the creation of his new and technologically stunning cube setup, Joel Zimmerman (aka deadmau5) has announced a cube v3 US tour - starting in September of 2019 and extending into February of 2020.

Similar to the last two versions of his iconic performance structure, the complex multi-million dollar production so massive it could only be housed in large stadium and arena settings. Kitted out with mechanisms that allow it to change positions from 90 degrees into 45 degrees and rotate 360 degrees, the setup also features loads of mind-boggling visual content from deadmau5 and his custom touch designer system.

“I didn't want a back LED wall and a picnic table with a black cloth on it and two CD players," says Zimmerman when speaking to Miami New Times about his first Cube creation back in 2010. Sure, it works for some people, and it's a very, very easy way to make a lot of fucking money and spend none. It's just about your business model. It's about where your passions are.” His third iteration of the cube will debut this weekend at the 2019 edition of Ultra in Miami.

This will be deadmau5's fourth major North American tour. Taking place between September and February of this year, the tour will hit cities such as Austin, San Francisco, Los Angeles, Phoenix, Chicago, New York, San Jose, Seattle and more.

Tickets go on sale on Friday, April 5. Purchase them here.

Watch deadmau5 detail his cube 2.1 in new mini-documentary
deadmau5 reveals a new collection of music with 'mau5ville: level 2'
deadmau5 opens up about the time he almost boarded an ill-fated flight