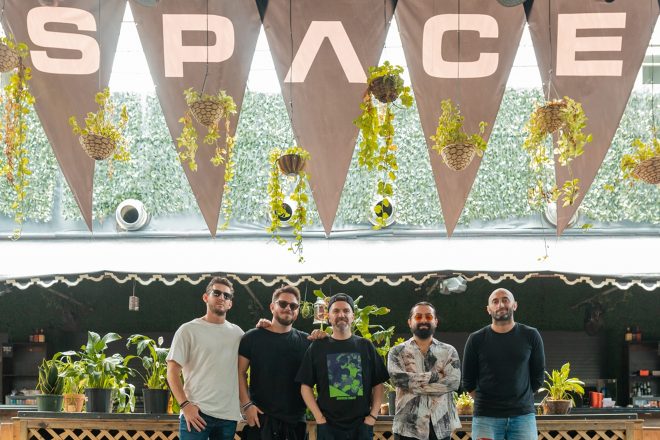 Insomniac, parent company of Electric Daisy Carnival in Las Vegas, has acquired ownership stake in Club Space in Miami, one of the city's leading nightclub venues.

The announcement of the new partnership also comes with confirmation that all management and operations at Club Space will remain the same. Now with Insomniac's backing, the club will be able to retain its presence in downtown Miami for the next decade and beyond.

Club Space, which first arrived in Miami in 2000, upholds its reputation as an institution of the city, offering some of the most revered electronic artists the opportunity to play through and far beyond sunrise on its famed terrace. The Martinez Brothers traditionally host their record-breaking 32-hour closing party at Club Space each year to conclude Miami Music Week in late March.

In 2016, a trio known as the Space Invaders took ownership of the club. Made up of Link Miami Rebels duo Davide Danese and Coloma Kaboomsky and David Sinopoli, the founder of III Points, the Space Invaders revived Club Space with a change of layout and decor along with high quality bookings.

"Davide, Coloma and Sinopoli have done an exceptional job revitalizing this venue to be better than it’s ever been," says Pasquale Rotella, CEO of Insomniac, in a press release. "They are passionate people that care about creating experiences, and share the same core values that Insomniac lives by."

The partnership seems to be the next step Insomniac is taking towards establishing a strong presence on the East Coast and specifically in Florida, where its largest competitor Ultra Music Festival has traditionally prevailed. In 2019, Insomniac will expand its EDC Orlando edition to three days, making it the largest EDC event outside of the Las Vegas flagship, and jump on board as a producing partner for Okeechobee in 2020.

"We will be taking off from Miami to outer space and bringing back lots of amazing events to our community," says Kaboomsky in an Instagram post about the partnership. "We are delighted to have extended our family from east coast to west coast and can’t wait to experience the future."

Today we celebrate a new partnership that will bring our city to a new frontier. Miami is becoming the dance music capital of the world. After a year of talking with @pasqualerotella and getting to know each other our team is delighted to join forces with @insomniacevents in a super partnership that will ensure many years of @spacemiami as a cultural hub for the arts in Miami. We will be taking off from Miami to outer space and bringing back lots of amazing events to our community. We are delighted to have extended our family from east coast to west coast and can’t wait to experience the future. As always, Stay Rebel. #SpaceInvaders #WideAwake

How to conquer Miami Music Week like a local
Watch 'My City: Miami' with Danny Daze
Is EDC worth it for a house and techno diehard?