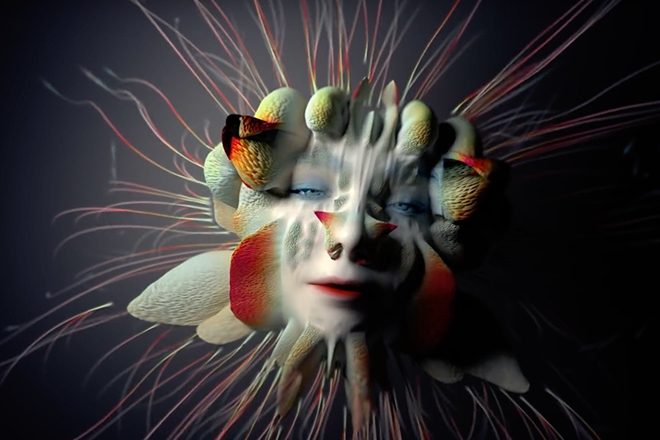 "When creating the video, I was deeply inspired by the music and lyrics of Tabula Rasa," says music video director Tobias Gremmler in a statement. "The visual transformation of Björk into faun-like flowers and mountainous landscapes embodies the utopian concept of a harmonious coexistence between nature and human based on empathy."

The video comes following the debut of the artist's new stage concert, 'Cornucopia' - a live show which Björk has called "her most elaborate to date" that is currently housed in NYC's new Manhattan venue, The Shed.