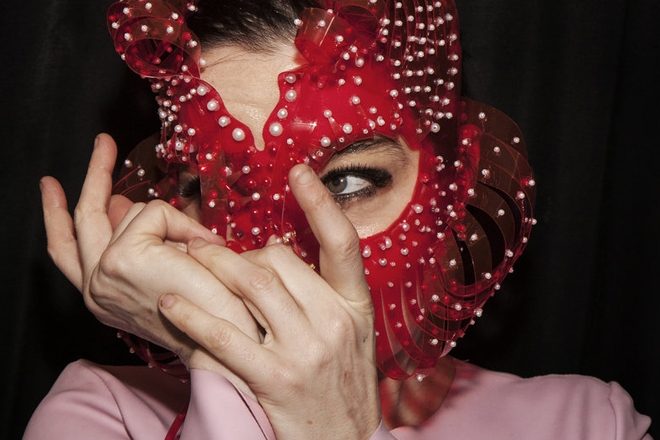 A far cry from your typical gymnasium school dance, Björk opted out of songs like 'The Cha Cha Slide' and 'Get Low' and decided to throw down adventurous tunes like 'Guillotine' by Death Grips. A student captured that particular moment and posted it on Twitter. Check out the video below.

She also did Guillotine pic.twitter.com/Kb3AiJwz90

Björk made a stunning cover mix with a tracklist that features some of the most cutting edge and innovative artists in the game for her back in November of 2017. It is one of the most powerful and unique cover mixes we've ever done. Check it out below

The Cover Mix: Björk (tracklist)
Björk reissues her albums on multi-colored cassettes
Björk prepares "her most elaborate stage concert yet" for NYC debut