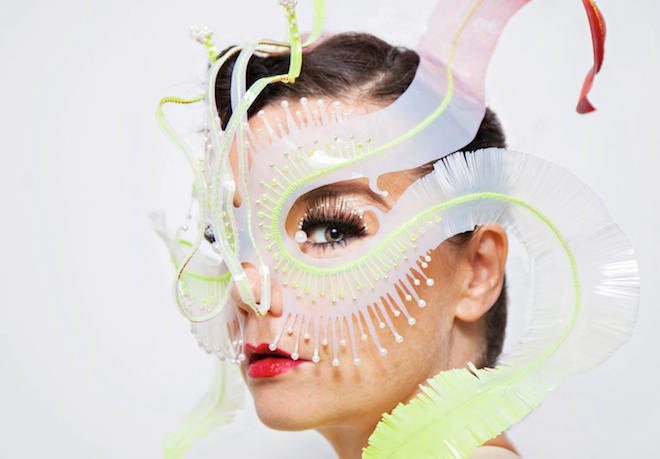 Working together to create Björk's visceral and often unsettling visual story for her latest album ‘Utopia’, the artist talks about how when it comes to “aesthetic language,” the music video is one of the “most incredible forms” of expression there is. In addition to creating the album art for the new album, Jesse Kanda directed the music video for the LP cut “Arisen My Senses’ - a sluggish and grotesque trip within and around an alien and fleshy cocoon of sorts.

Known for his bizarre and distressful art, Björk refers to Kanda as being both “pure and sensual” in his work, saying that his “interesting mix of contrasts” translates perfectly with their shared vision of creating “living and organic” aesthetics.

You can watch the full documentary below.