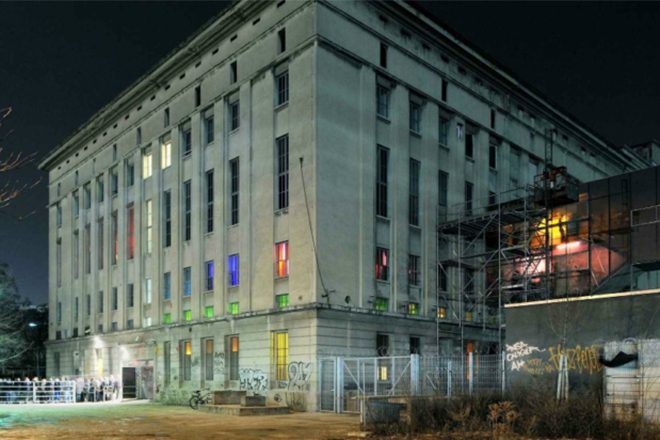 CTM Festival, a Berlin-based experimental music event that is currently celebrating its 20-year anniversary, announced earlier this month that they would install an ice skating rink in the Halle am Berghain exhibition hall for a series of parties during their 10-day run between January 25 and February 3.

Promising a place where you can "practice your ice dancing skills to eclectic and free-­roaming DJ sets," festival attendees this week have been voicing they're disappointed over the fact that this "ice skating rink" does not have any ice on it at all.

The Eishalle (German for "ice rink") was constructed using sheets of synthetic ice - a plastic material that doesn't necessarily deliver an authentic ice skating experience. In addition to this, the numerous attendees who visited the Eishalle complained that there were not enough rental skates and the rink itself was too small.

After getting numerous messages from frustrated attendees who voiced their dissatisfaction regarding the experience, CTM Festival took to Facebook to deliver a statement. "We are aware that the synthetic ice surface that is being used doesn't deliver a fully satisfying skating experience," they wrote, "and have also made the supplier aware that it does not work as it was advertised to us."

The festival went on to admit that the project started off as a "tongue-in-cheek attempt to break up the seriousness associated with the festival" but caught off guard when the Eishalle gained "momentum on its own" and "largely outshining" the rest of the festival's musical offerings.

Check out the full statement below.

CTM Festival takes place in Berlin between Friday, January 25 and Sunday, February 3 across multiple venues in the German capital - hosting a number of cutting-edge artists such as Lotic, Juliana Huxtable, Actress, Dasha Rush, Yves Tumor and many more. 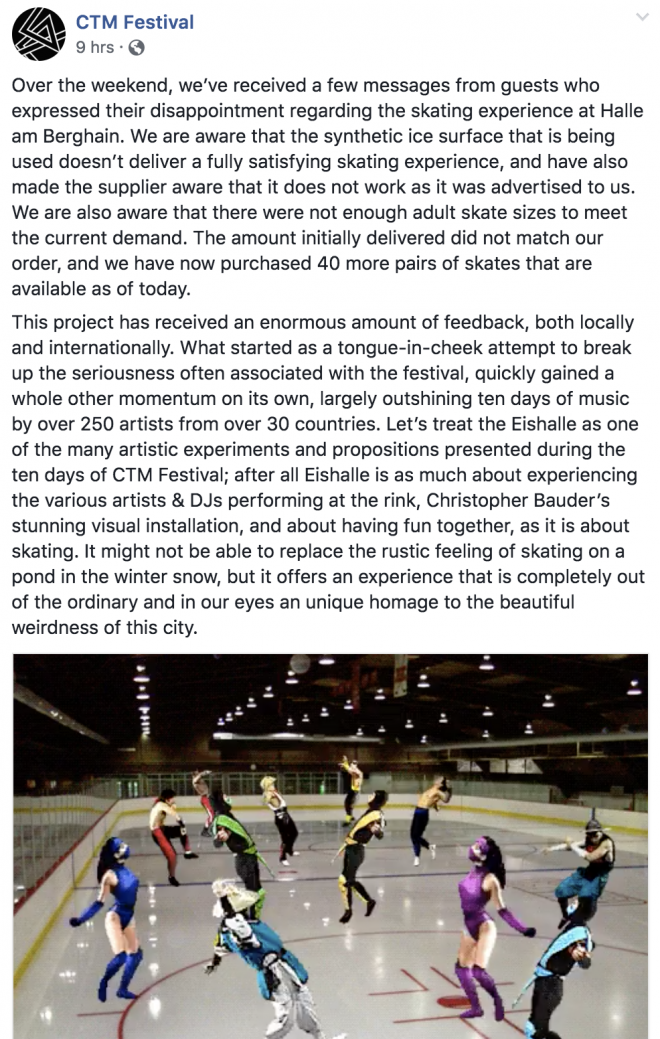