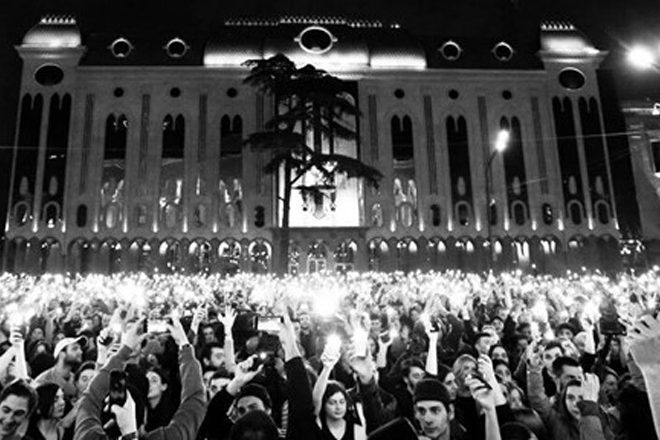 Bassiani has set up a donation fund as it gears up for a legal battle to stay open.

The renowned Tbilisi club has been closed since May 12, as has other after armed police raided the venue following a string of drug-related deaths in the Georgian capital that Bassiani claim have no connection to the nightspot. The team running Bassiani say they have been targeted by a smear campaign from far-right political groups.

On the weekend Bassiani was raided, protesters gathered outside the Georgian parliament and held an impromptu street rave, calling for the resignation of Georgian prime minister Giorgi Kvirikashvili and minister of internal affairs Giorgi Gakharia.

The news also prompted responses from across the dance music community, including Berlin clubs planning further protest raves. The Georgian government also announced it would look into police brutality following the raids.

Bassiani has now released a new statement, revealing the club is still closed and under threat of permanent closure, saying: “Behind the BASSIANI helmet stands an angry warrior, who fights for the new ideas and who won’t back down from the struggle for freedom. We won’t stop and will continue to fight against the unjust system and inequality. Thank you very much for your unconditional love and support.”

The club has set up a donation fund to “help retain BASSIANI / HOROOM & HOROOM NIGHTS team and venue, to prepare a legal battle and stop the state oppression”.

Donate here, and read the statement below.