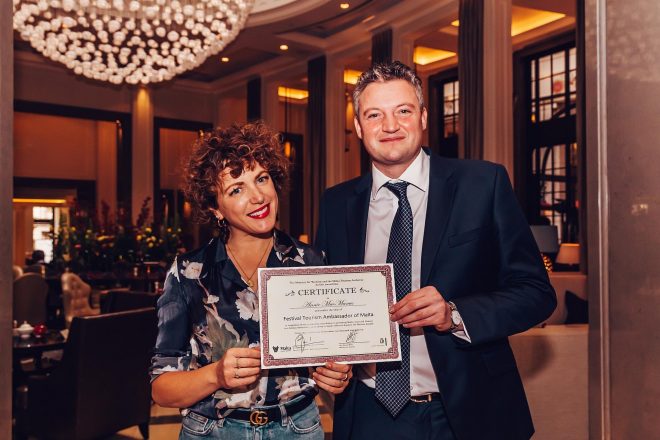 BBC Radio 1 DJ and industry tastemaker Annie Mac has been awarded the title of Festival Ambassador of Malta.

For over four years Mac’s Lost & Found Festival has brought thousands of party-goers to Malta on an annual basis, in turn supporting the island’s local economy.

She was presented with her new title by Minister for Tourism Dr Konrad Mizzi in the presence of the Head of Events Lionel Gerada. The award was described by Gerada as, “representation of how festival tourism has grown over the past few years,” while Dr Mizzi praised Mac for her “continuous promotion of the Maltese islands.”

The likes of Four Tet, Jamie xx, Denis Sulta, Disclosure, Stefflon Don and Jamie Jones have performed at the festival over the years, with Lost & Found’s 2019 edition set to take place May 2-5.

Check out Annie Mac’s epic The Lab LDN set below.