Lost & Found festival returned to Malta for its third instalment this Easter Bank Holiday and I was one of 8,000 punters that flocked to the Maltese shores of St. Paul’s Bay for four nights of raving. We were treated to a colourful spectrum of the world’s best DJs, led by dance music’s own Cleopatra and figurehead of BBC Radio 1’s esteemed Friday Night Show – Annie Mac.

The festival symbolised Annie Mac’s resurrection back into the musical sphere, as her first DJ appearance after four months of maternity leave, and rekindling the annual spirit of festival season.

The open-air clubs were adorned with tropical décor and the island had a mystical feel. I remember being surrounded by tall tiki pillars and flags branded with ‘Annie Mac Presents’, finding myself dancing under neon cocktail glasses at Pyramid stage and gazing up through the lights at the brightly outlined palm trees of Tropicana club.

Lost & Found’s intimately placed stages made it easy to navigate the site and even easier to find the mates you'd made in the rave the day before. The festival was low-key and easy-going, with DJs and party-goers alike running around in crowd. Everyone was just there to dance. 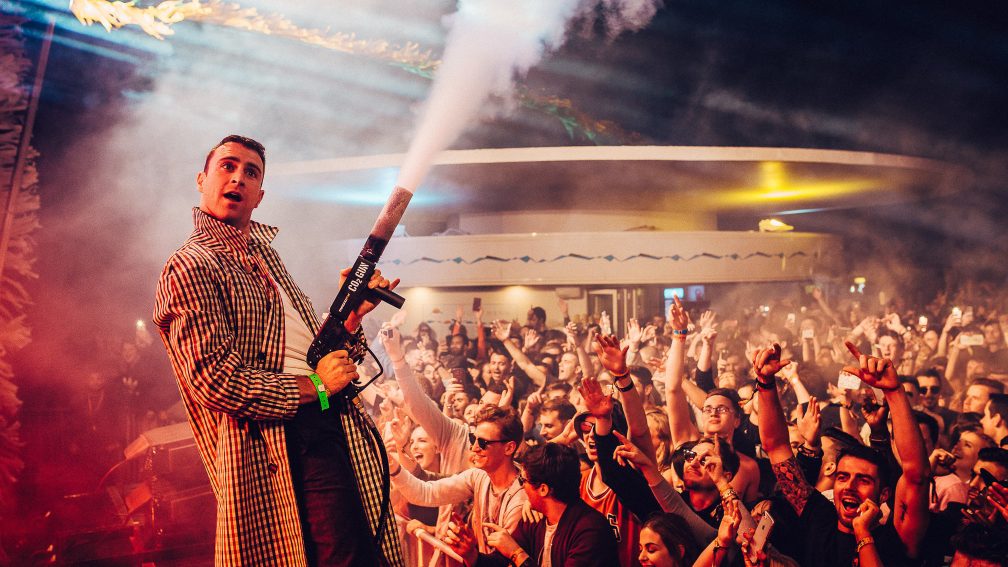 Thursday night’s welcome party kicked off things off at Café Del Mar, a sea-side stage headlined by one esteemed legend and the other well on his way to earning that status: Armand Van Helden and Jackmaster. They set the tone for the next few days perfectly, spinning timeless classics such as New Order’s ‘Blue Monday’ and Daft Punk’s ‘One More Time’ and Jackmaster caught us all off guard as he dropped La Roux’s ‘Bulletproof’ in his mix, causing a nostalgic frenzy. Meanwhile Artwork took to the stage and started blasting nearby ravers and the DJ booth with his smoke gun. Lost & Found was now ready to launch.

The AMP event was a melting pot of musical tastes, with many genres overlapping and complimenting each other. On Friday I found myself skanking along to Skream’s rave set at Factory, then singing happy birthday to Game Of Thrones’ Maisie Williams from behind the decks of Redlight and My Nu Leng. On Saturday I was fist-pumping to J.E.S.U.S who were going in with full force techno, and on the Sunday I was captivated by the enchanting spell cast by The Black Madonna’s seamless selections.

The days were as jam-packed as the nighttime schedule, with pool parties hosted by Toddla T & Coco, Charlie Sloth and MK, and boat parties that saw Manchester boys Solardo take the helm alongside Melé and Yousef, while Dusky teamed up with Denis Sulta. I also attended AMP’s legendary Castle Rave, a limited capacity party which took raving to a whole new level as we danced on top of a pink castle on a hill overlooking the island’s stunning coastline. The view was as breathtaking as the wealth of music provided by sets from Eats Everything, Kolsch and Annie herself.

Check out the top tracks of the festival below.

Jaguar is Mixmag's Weekend Editor. Find her at the front of a rave near you