Functions is our interview series profiling crucial parties from across the world. This week: Nottingham's Wigflex

When Lukas Wigflex was in his early teens and still enrolled at his local school in Nottingham, his older sister would pop out on the weekend, and only return late on Sunday evening. She would often be out at clubs and raves, including the area’s infamous DiY free parties in the 1990s, and return with countless stories of the music she heard and people she met.

His brother also loved a party and inadvertently led Lukas to his first exposure to the genre. “I’d rob my brother’s mixtapes,” he says. “Pretty much the same way anyone got into dance music.”

Lukas would soon go on to start digging for music and tapes himself, building up what is now an impressive record collection. As soon as he could, he began running his own parties and just a fortnight ago marked 16 years since the very first one.

Read this next: Cracking onwards: How InterChange grew from Glasgwegian house parties to top techno clubs

In that time, Wigflex parties have come to represent one of Nottingham’s most recognisable electronic music proponents, pulling together some of house, techno, electro, minimal and beyond’s brightest talents. The two Wigflex City Festivals, which happened in 2019 and 2021, took over more than 20 of Nottingham’s venues and spaces, and are remembered as some of the most ambitious and best parties the East Midlands region has seen.

While that approach is the foundation Wigflex is built on, it has also recently become one of the city’s biggest party exports, putting on events all across the country. This weekend, across Saturday and Sunday, Wigflex will be running its very first 24-hour party at London’s Corsica Studios, with a stacked line-up including Shanti Celeste, Aurora Halal, a rare B2B between Charlie Bones and Dr Banana, as well as an extended Sunday morning set from Lukas himself.

Ahead of the marathon event we caught up with Lukas in Berlin, sharing a pilsner before his set at OHM for Mor Elian’s Fever AM party. 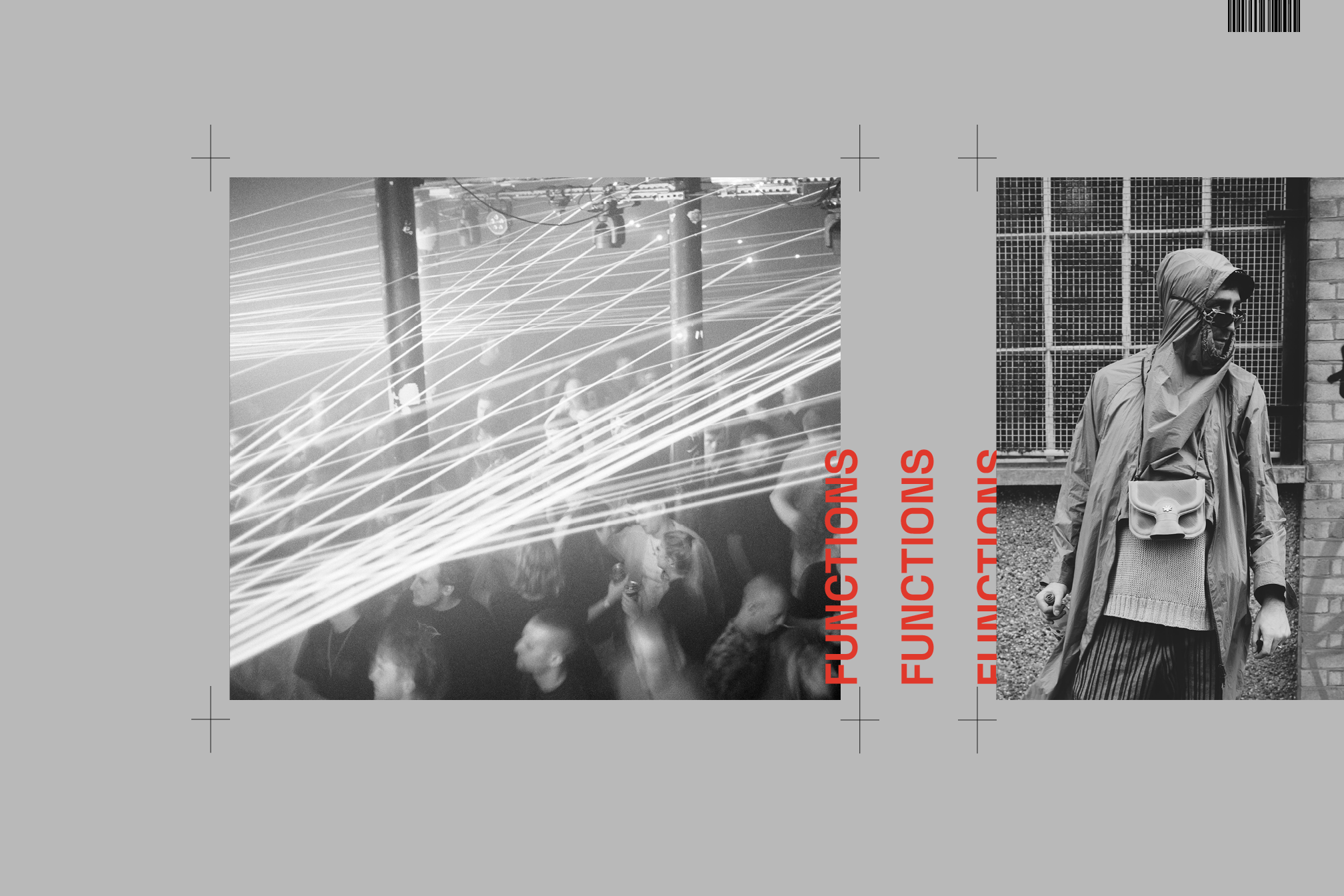 What was the first party you threw?

I used to do a weekly session called Wigflex Wednesdays that used to take place at this bar in town [in Nottingham]. It was free to get in, two-for-one pizzas, we had computer games out on the benches, we had break dancers and just me playing all night long.

I used to be a sort of hip hop DJ, so I’d be scratching and cutting in between all sorts – hip hop, breaks, tech-house, garage, drum 'n' bass – a bit of everything. And did that for a couple of years and by the time we had our first club night we had a bit of a following.

My first party was in a place called Blueprint. I used to DJ on this radio station called Kind of Funky Radio, and they asked us to host the second room. And we rammed it out and caught the bug off that and started throwing parties.

What was the Nottingham scene like when you started doing parties?

It’s weird – the end of the '90s was really cool, there were some really good clubs in Nottingham. There was The Bomb, before that there was The Garage. I used to go to The Bomb, and spoke to Craig Richards about it, because he started the Tyrant parties there – him and Lee Burridge.

Then it just sort of died down in the noughties – a few of the cooler clubs shut down. I think it slowly started to creep back before COVID, there were some new venues that opened recently, younger promoters coming through. It was starting to get exciting again but it’s sort of reset again, and hasn’t really recovered quite as well as it should have done. 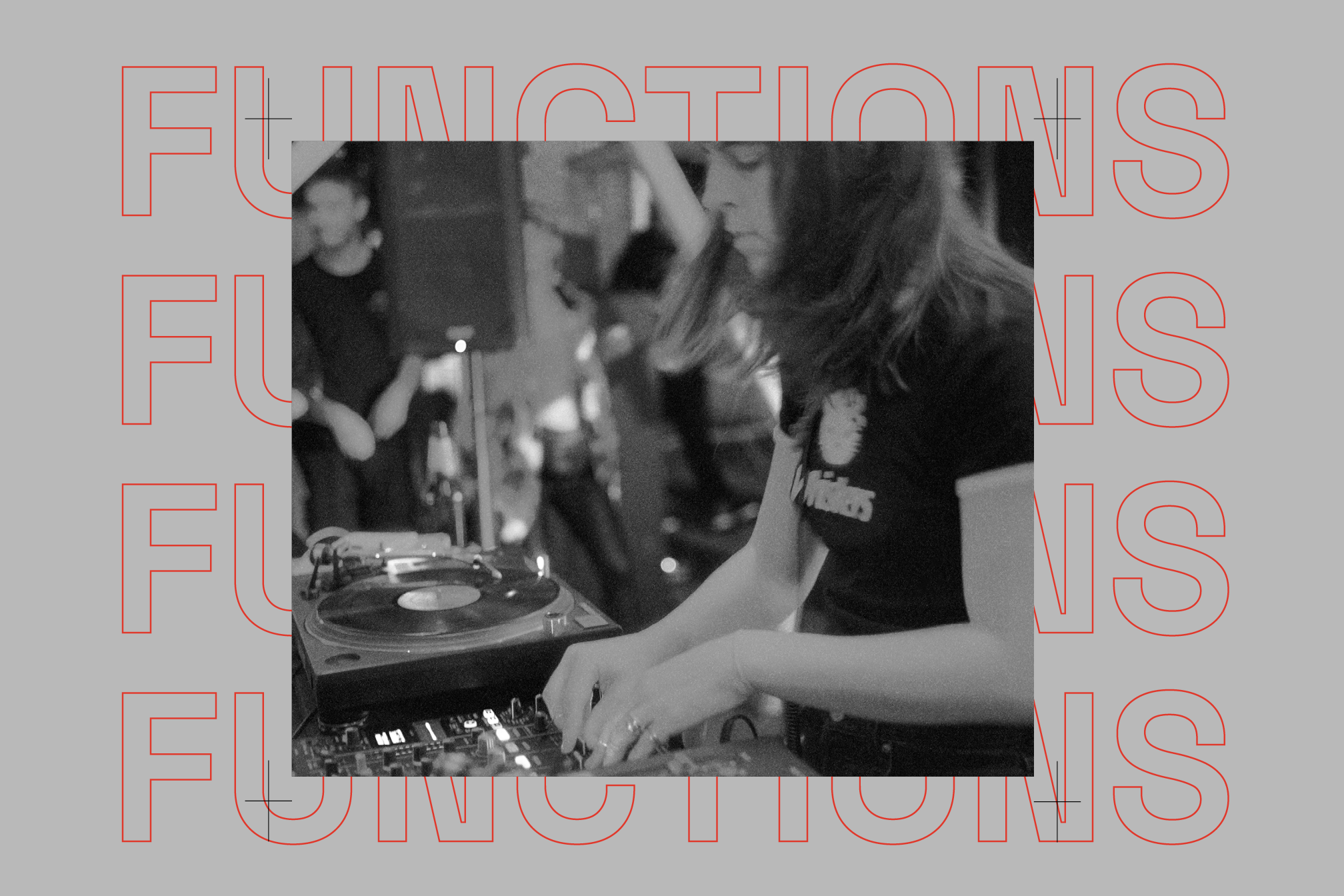 Why do you think that is?

There’s so many reasons – I think some youngsters haven’t had that dancefloor epiphany. Older people have retired, I think a lot of people are skint.

I’ve got faith in just building things up again. I think cheaper tickets and trying to build more of a community is the way forwards, rather than sort of headliner-focused, expensive things.

Recently we took a step back from line-ups, it’s more like me inviting a guest, extended sets, trying to keep tickets cheaper.

Read this next: Going with the flow: Fluidae is bringing positive connections to Sicily's dancefloors

What was your favourite party that you’ve done?

My favourite party was part of the tenth birthday series. We do a lot of secret parties where we take over venues [around the town]. It was in an old laboratory that was owned by Boots that got turned into an artist space. We took over the top floor and it was just me and Ben UFO all night long. 150-cap, a big, four-point Funktion-One sound system. That was one of my favourite ones I’ve ever done. I think the ones that are off the beaten track are always really cool. 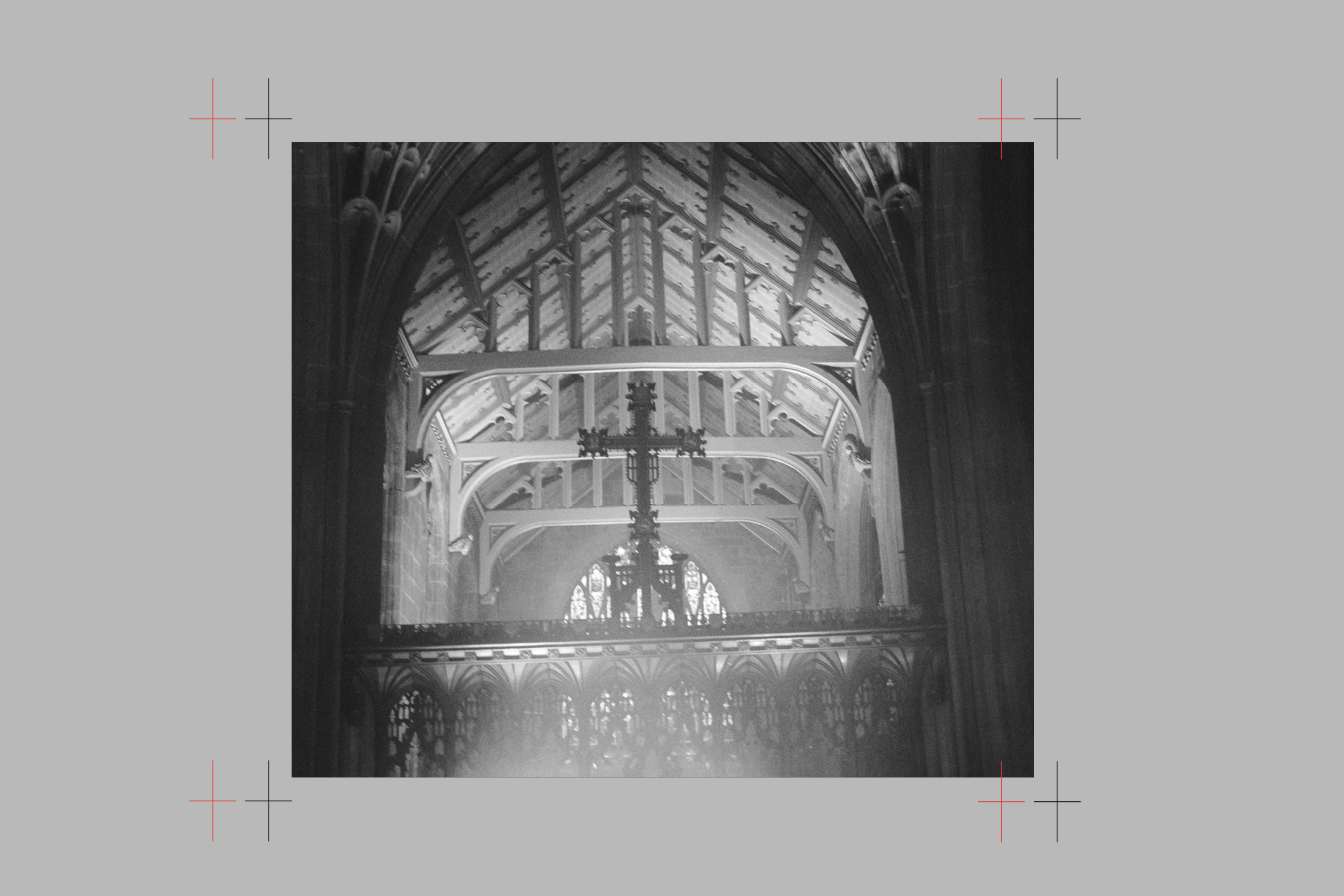 How did the festival come about?

It sort of happened organically. I wanted to spread the wings a bit more. We’re known for playing this sort of rudeboy techno – a wonky, minimal sort of sound. But I’m into a lot of different types of music and just wanted to book different types of people you usually wouldn’t get at a Wigflex party.

We originally just wanted to do a day and night party. But we started booking people, and then we were like we need an extra venue, then we were like: ‘Let’s do an installation in this another venue.’ Things spiralled out of control a bit really.

To be honest, they were two of the most stressful events I’ve ever done but it was important for the city I think. I think it’s important that things like this happen outside of the major cities – Manchester, Bristol and London.

Read this next: Forging a community: Beastwang brings Leicester’s ravers together

It must be a bit of an operation, with the festival, nights all the time – how do you do it?

You’d think that from the outside looking in, but we wing it all the way. It’s mainly me, by myself. I got my wife working for me a couple of years ago when the festival kicked off, so it’s only really been a small team of two at the height of operations. 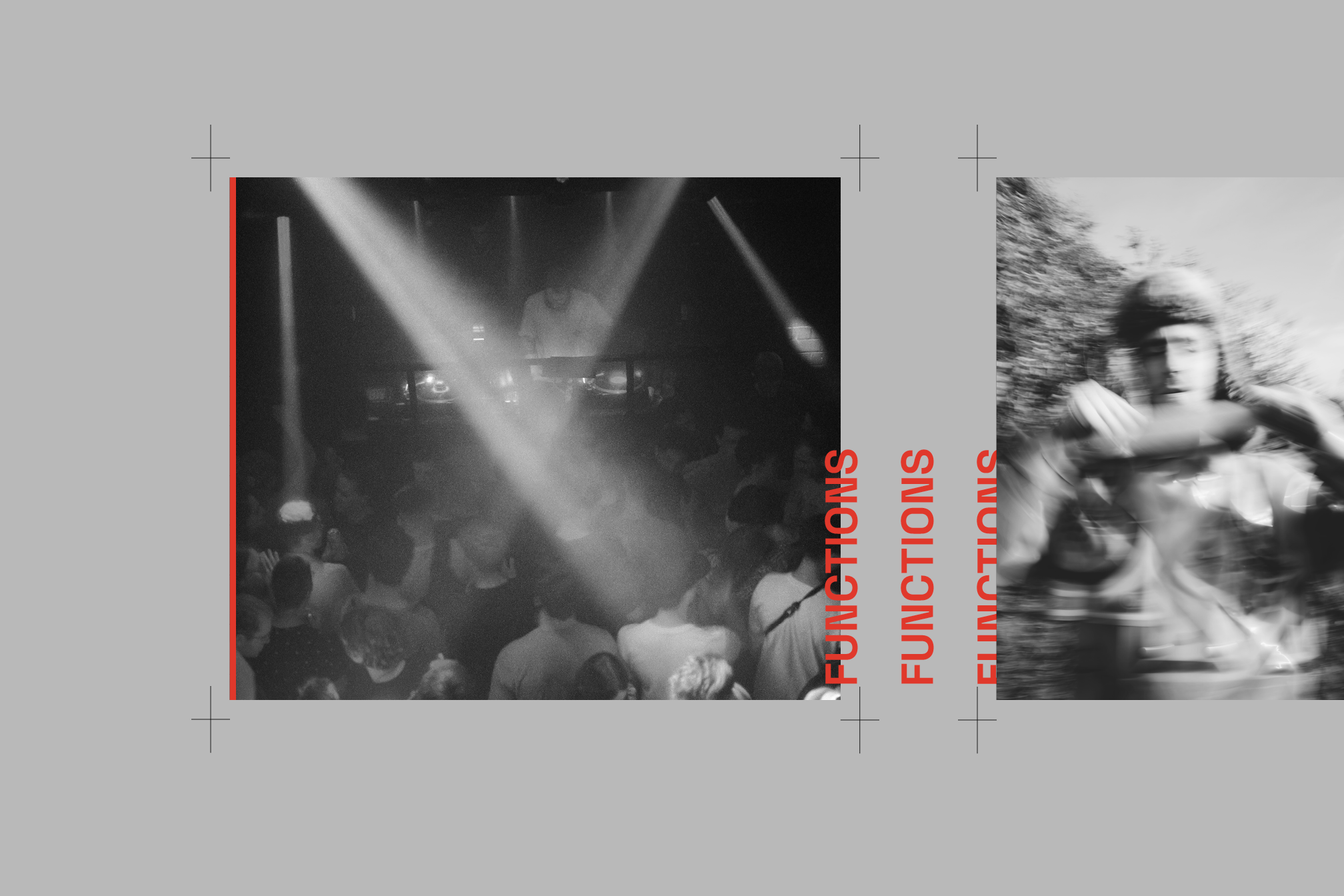 Why did you decide to do a 24-hour party?

As I’ve got older, I’ve been wanting to take my time a bit more. Giving people longer, extended set times and giving them more chance to breathe. Because I’m taking a year out of the festival, I wanted to do something that was a bit more of a showpiece than a normal club night.

It’s a mini-festival of sorts. We can do the installations, a more varied line-up. We’ve got a guy called Matt Woodham who does all of our installations for us – he’s doing an installation in Room Two on Saturday and it’s not going to be turned on until Sunday. We’re going to empty out the room, clean it out, stick a load of bean bags in, turn the installation on and it’s going to be a sort of chillout, ambient room. We’ve got James Holden, who is the reason I started putting on parties because of the kind of music he was making. Space Afrika, Charlie Bones and Dr Banana closing – it’s going to be nice in there.

Read this next: Wigflex relaunch record label with debut release from Son of Philip

There must be a lot more that you have to think about when you’re putting a line-up together for a 24-hour party. How did you go about doing it?

We’ve meticulously planned the running order. Room One was always going to be the sort of wiggy, wonky, minimal techno for the whole 24 hours, while Room Two I wanted to be a bit more experimental.