Cody Currie is of the firm belief that there's always room for something new in dance music. The London-born DJ, producer, Toy Tonics regular and multi-instrumentalist explores just that in his debut album 'Lukas' — an ode to his music-obsessed family, with the title coming from his Spanish surname. Within it, the producer finds himself spearheading jazz-house blends, tiptoeing through disco-influenced licks, choppy broken beats, and funk-fuelled groovers.

Cody began producing while studying at Camberwell Art School, at first incorporating music into his projects — it wasn’t long before he swapped out the paintbrush for Ableton. “I was writing songs and playing the keyboard and I started working on Logic and Ableton, and was getting better. My teachers were like, ‘yeah, you should probably go to music school’,” he recalls. After making the jump, Cody signed his first record deal with upcoming Austrian label Pusic Records, which saw a wave of dance music's freshest artists picking up his tracks in the club. “My name just naturally passed around from there,” he says.

Read this next: In Session: Aluna

Since then, the musician has moved to Berlin and back — now back in London’s inclusive and all-embracing music scene with a new perspective. “‘Lucas’ is a collection of tracks which I've either done myself around the world recording in different places, or collaborating with my friends,” he explains. The debut record sees collaborations with the likes of Jitwam, Eliza Rose and Zeitgeist Freedom Energy Exchange.

We chatted with the producer ahead of the release of his debut album - read his Q&A below, and listen to his hour-long In Session mix packed with unreleased cuts. 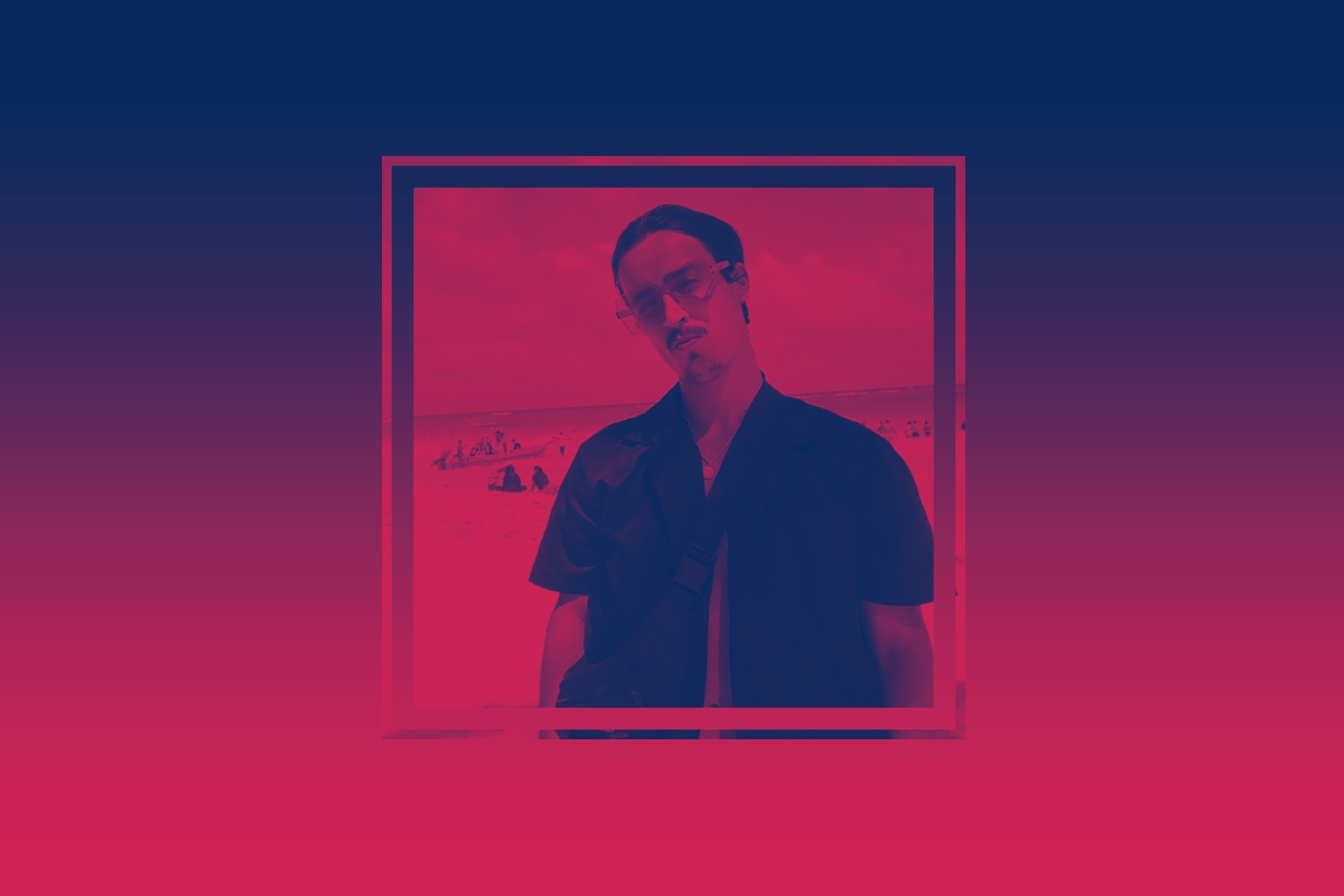 Your sets usually have a live element like keys or strings, how do those compare to your DJ sets? Do you prefer it?

Yeah, it's definitely got some human element to it which you can sometimes lose with DJing, it adds another layer. It's almost like a crowd interaction as well, because they see that maybe you’re not just a DJ — if they know that you can play an instrument as well, then it really helps to give more evidence that you're the one making the music.

Are you classically trained or self-taught? And can you play any other instruments?

Piano, guitar, and singing — that's mainly what I do. But I’m not really trained, I just kind of taught myself and knew how to play scales and chords and some music theory, which is really helpful.

One of your parents is a musician as well, right?

I don’t know where that first came from! [Laughs]. No, they work in clothing, but they do assist my music. They send me music every day, they’re really obsessed with it. There are some other people in my family who are musicians, though, and my grandma was always singing. We’re a music-obsessed family, it’s our main passion. I think I was just the next step!

Read this next: In Session: Schacke

You’re currently leading this movement of crossovers spanning jazz, funk, house, and disco — what brought you to those sounds in the first place?

I went to college with the younger brother of Max Graef, so I would go to their house quite a lot. I was really inspired by his sound and how he was making it, and that's how I got into it really. When I started to dig deeper into that scene and how they got the sound and figured out what chords they played, I learnt about the American guys. I went towards the songwriting, jazzy element of house rather than the cheesy side - I mean they're both good, but I feel like I have my heart on the chords, I’ve always been really obsessed with the chords. So, I think that pushed me towards the jazz influence.

Exactly, yeah! Also people like Prince and Stevie Wonder, I’m really into him and how he gets that sound, and also his vocal performance as well. There’s so much Prince inspiration on the new record, and a lot of cheeky, weird, DIY, ‘80s funk stuff! 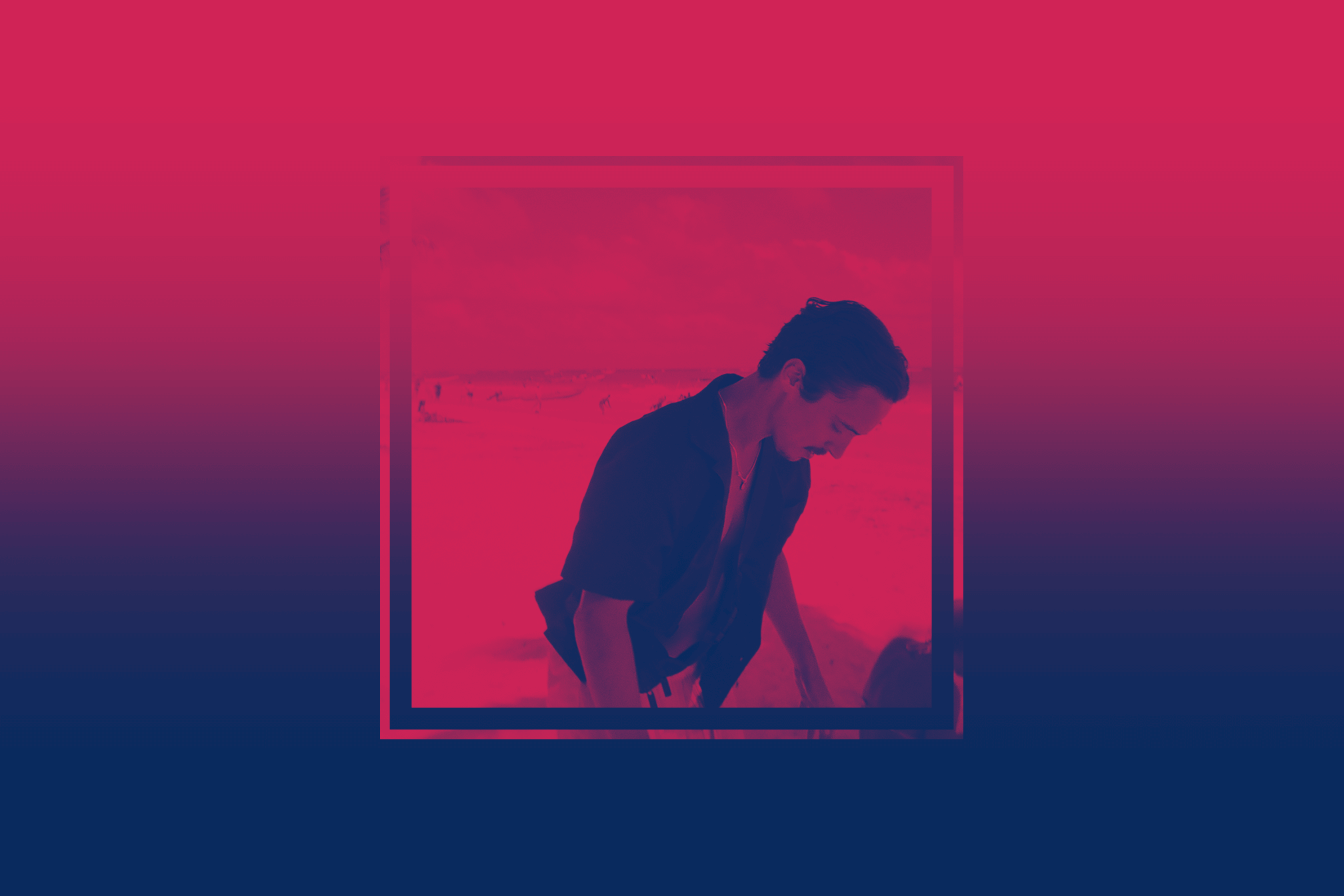 How will this LP compare to past releases like ‘Moves' or 'Alpha Bravo’?

There's a lot more of my own vocals on there which I didn't really do a lot before, it's kind of showing what I've been doing with that side of things. I feel like it's a little bit more disco-orientated. On my other releases, there was always a slight garagey ode to England, and I think on the next tunes I’ll get back into that sound — but this one's a lot more ‘80s disco-inspired.

This album doesn’t use any samples, only live instruments and vocals. What was that process like?

It felt really natural, actually, a lot of the music just came out naturally either in the sessions, or I'd have some chords pre-planned. But Ziggy is a really great drummer, so those are the tracks that I worked with him on, we just start with a rhythmic element. Then it's really quite natural and straightforward because I feel like we just play off each other. Maybe he'll have a little motif or some idea and then I can just play on top of that, or in a response to him, so it just rolls like a band - really dynamic. So that's what we tried to do, I just wanted to get the whole band feel in the album rather electronic and move a little bit more towards the songwriting element, because I feel like that's maybe the future for me.

Read this next: In Session: Jockstrap

You work really closely with Toy Tonics, how did that relationship come about?

In Berlin, Toy Tonics were supporting me a lot and I was getting booked for some of their parties, they've also got a lot of connections to studios and fashion and the people around that community. London had always been great and I feel like now it's starting to be a lot more inclusive for me, but back in those times, it felt a little cliquey.I’m from Leytonstone, which isn’t really a cultural hub for music! I had a little group in Berlin who I could meet up with and give ideas or collaborate with a lot easier than in London, I feel like Berlin was just a little bit more open to me. Maybe it's just an age thing, though, I was younger back then.

What inspired that move back to London from Berlin?

I felt like the London vibe was getting good and people were noticing me more, I have more connections and collaborators with other artists here. I feel like I’ve just created those friendship groups which I didn’t really have before when I was in Berlin, so now it feels more open for me. I've also got a new manager and he's got a lot of connections in London, and it's quite easy for me to get to the studio.

We've got a little Canada tour in November, and then an Australia tour in January. Then I think we're working on a South America tour maybe early next year as well, so it’s constantly busy. Release-wise, I think I've got maybe two or even three albums ready! We’ve just gotta try to organise that.

Can you tell us about your In Session mix?

This is a selection of mostly unreleased material from me, plus a couple of tracks by others — enjoy!

Cody Currie's debut album, 'Lucas', is out now. Check it out here