Functions is our new interview series profiling parties from across the world. This week: Leicester's Beastwang

It just takes a few people to start a new community, something Beastwang’s founder, Nico Singh, knows oh-too-well. Back in 2012, Nico set out on a mission to bring together a cohort of like-minded people with a thrill for new, underground dance music. Now, some 10 years and 135 events later, the club night has evolved with the shape of Leicester’s music scene.

Beastwang plays a crucial role in Leicester’s small, niche dance music community. Hosting an array of multi-genre nights with live performances from MCs, grime artists, and vocalists, the maximum-effort, maximum-reward strategy has helped organisers forge something incredible. Somewhere in the pipeline, the club night began to bank more heavily on the UK bass scene with a focus on drum ’n’ bass, jungle, and bassline, moving with the ebbs and flows of current trends.

Read this next: An eye for talent: Airspace is encouraging the next generation

But each event has one thing in common: its loyal regulars. Within its club nights, week after week, you can find the same crowds returning — many of whom made friends on its dancefloors. Taking over clubs, enormous warehouse spaces, underground venues and pocket-sized sweatboxes throughout Leicester, the club night has now expanded into other locations with its dedicated crowd following right alongside them. 31-year-old Nico Singh sits at the head of this alongside his business partner PJ Govind, the pair both equally as eager to shed light on up-and-coming artists as they are to bring together this consistent crowd. Underneath them lies a bed of reps, promoters and hardcore fans raring to push Leicester onto the map alongside other Midlands cities like Birmingham and Nottingham.

Though, despite its continued ethos of kinship, the pandemic has left a dent in the Beastwang cohort. We sat down with the club night founder Nico Singh to chat about Leicester’s musical legacy, the history of Beastwang, and rebuilding a great community after two years in the shadows. 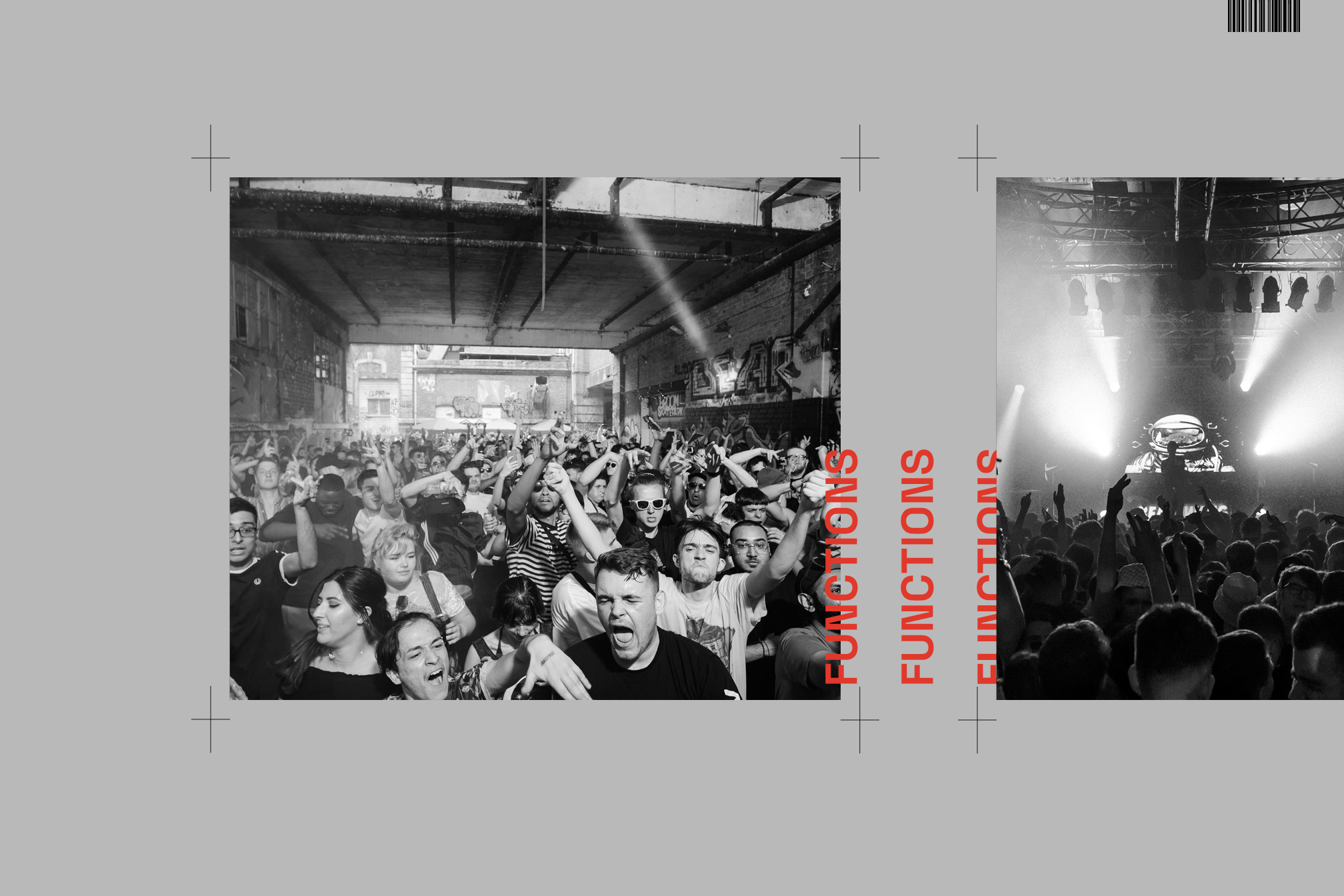 What have you been up to recently?

PJ and I opened up a couple of bars during lockdown and we just recently sold those in December, so we’re just back on Beastwang stuff now. It’s probably the first time in a long time where we’ve only had Beastwang to concentrate on. It’s difficult to get back into the swing of things now that everything’s opened back up after such a long time, so we’re just trying to get back into the flow.

Yeah, it’s always been my full-time thing - we’re in our tenth year now! It’s going to be interesting to see the next stage of growth for Beastwang. COVID hit us really hard in Leicester and this city doesn’t have much of an underground music scene, it was pretty much nonexistent ten years ago when I started this up. It’s taken time to get to the stage where we’re even filling out the O2 Leicester, I never thought that was possible. But now because of COVID, it feels like we’ve gone back 10 years. We’re just doing small events again now so we’ll see how long it’ll take to get it back to where it was pre-lockdown.

That’s it. Over the years, we’ve had a lot of reps who have been good at creating that community within the uni students. They’d explain that this is the place to go where you can meet new friends, it’s a step away from nightclubs like Mosh where you can meet like-minded people who like dance music, so it was all about bringing those people together. 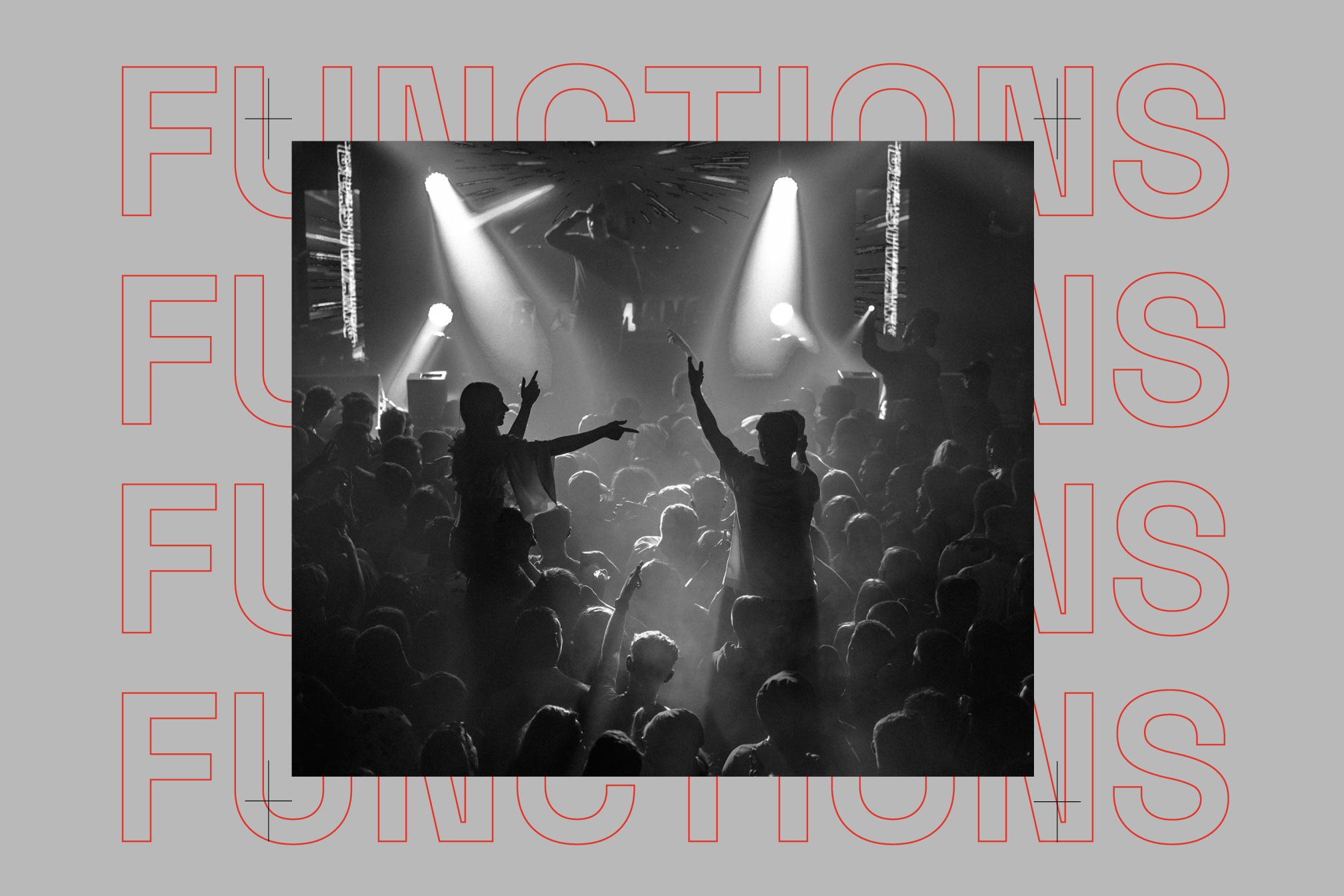 How would you describe Beastwang to someone who’s never heard of your events?

I’d say it’s a multi-genre underground party, maybe quite house party vibes now with some of the nights we’ve been putting on recently. We try to have good crowd interaction and create a community atmosphere within the event itself.

Where did the name come from?

The original branding idea was to use animal heads throughout, hence ‘beast’. It was originally meant to be called Beastmob, but then I changed it last minute to 'wang' just because we thought it sounded better!

Why did you start up Beastwang?

There have always been scenes that did well in Leicester before Beastwang, it’s not like Leicester has never had a scene - there were huge nights like Formation or a club called Superfly where people like Maya Jane Coles and Annie Mac would play - but all of a sudden these nights stopped and there was a period where there wasn’t really anything going on. I got into the rave scene quite late, I was probably about 21 at the time. But I was always interested in music growing up, my 16 and 17-year-old aunties would play 90s dancehall or UK garage, R&B and hip hop when I was a kid. When I was about 21, one of my friends in Sheffield was like, ‘you should come to this drum ’n’ bass night called Hospitality x Detonate’. I went and had the best night of my life - the whole concept of seeing an artist that you listen to, it was just a bug. That opened up my eyes massively and by May that year, I thought I’d try something myself because I believed Leicester was a big enough city for something to happen. It would always be house, garage, grime, dubstep, jungle and drum ’n’ bass with a genre-focused night on rare occasions at the beginning. I remember on the first night, just to get people in, we did some mad promo where we charged people £1 for entry. It was mostly my friends and friends of friends at first, but that’s how we started. 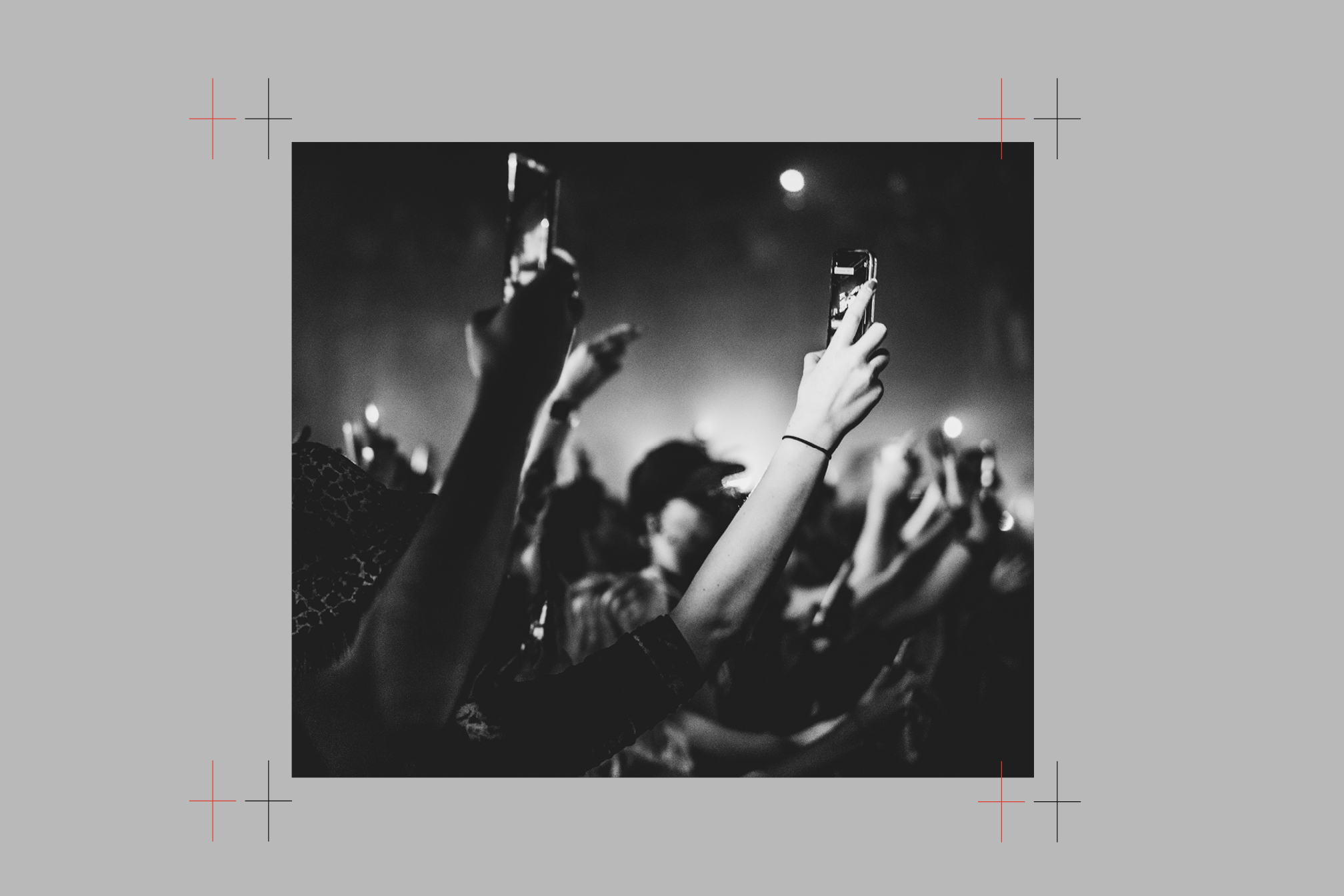 I know you started up with lots of genres, but I feel like you’re quite centred on drum ’n’ bass now - do you think you’d like to broaden it again or is Beastwang attached to that genre now?

In the early years, we were very broad with our genres, but until about the sixth or seventh year in, we started to play a lot more drum ’n’ bass. We’ve moved with the times of what the main crowd want to see, and with the genre having a resurgence over the past few years, it just meant that we ended up playing a lot of it. The one thing we’ve played a lot through the entire time is garage, we’ll always throw the odd UKG party in the mix. But moving forward, COVID has given us the chance to hit the reset button and change our model and be a bit more varied with our music tastes.

Yeah, and even if we go to other cities it’s something we try to install. In Leicester, there aren’t many promoters and not too much competition, but when we go to other cities, there’s a lot of that. It comes down to that feeling of community and being consistent with your events, making sure your sound is on point, lighting is on point. Everything on the backend is so important to get people returning.

What do you bring to Leicester's dance music scene?

Beastwang has played such a big part in my life that it now feels that as it’s grown bigger, I’ve seen so many positive things happen off the back of it. For example, local DJs and producers getting big and people working in music, these are the kind of things that I feel I’ve contributed to a little bit even if it’s just an entry point into the rave scene. Without Beastwang in Leicester, I don’t know what the city has to offer outside of things like Lowertone and Virtual Ground. There isn’t really a hub for dance music in Leicester, that hub being a nightclub or venue centred around dance music. The places we use are multi-purpose venues, they’re not centred around electronic music in terms of lighting, soundystems and programming. I feel that if Leicester had something like that, a community would be created - or at least a more solid community. I’d love to open my own venue one day but it’s such a high-risk business that I’ve always ummed and ahhed about it. I get quite jealous of scenes in other cities like Manchester, London, and Bristol, but because I’ve created a bit of a skill set in promoting, I’ve always wondered what it would be like if I started promoting in other cities and how far I would get. 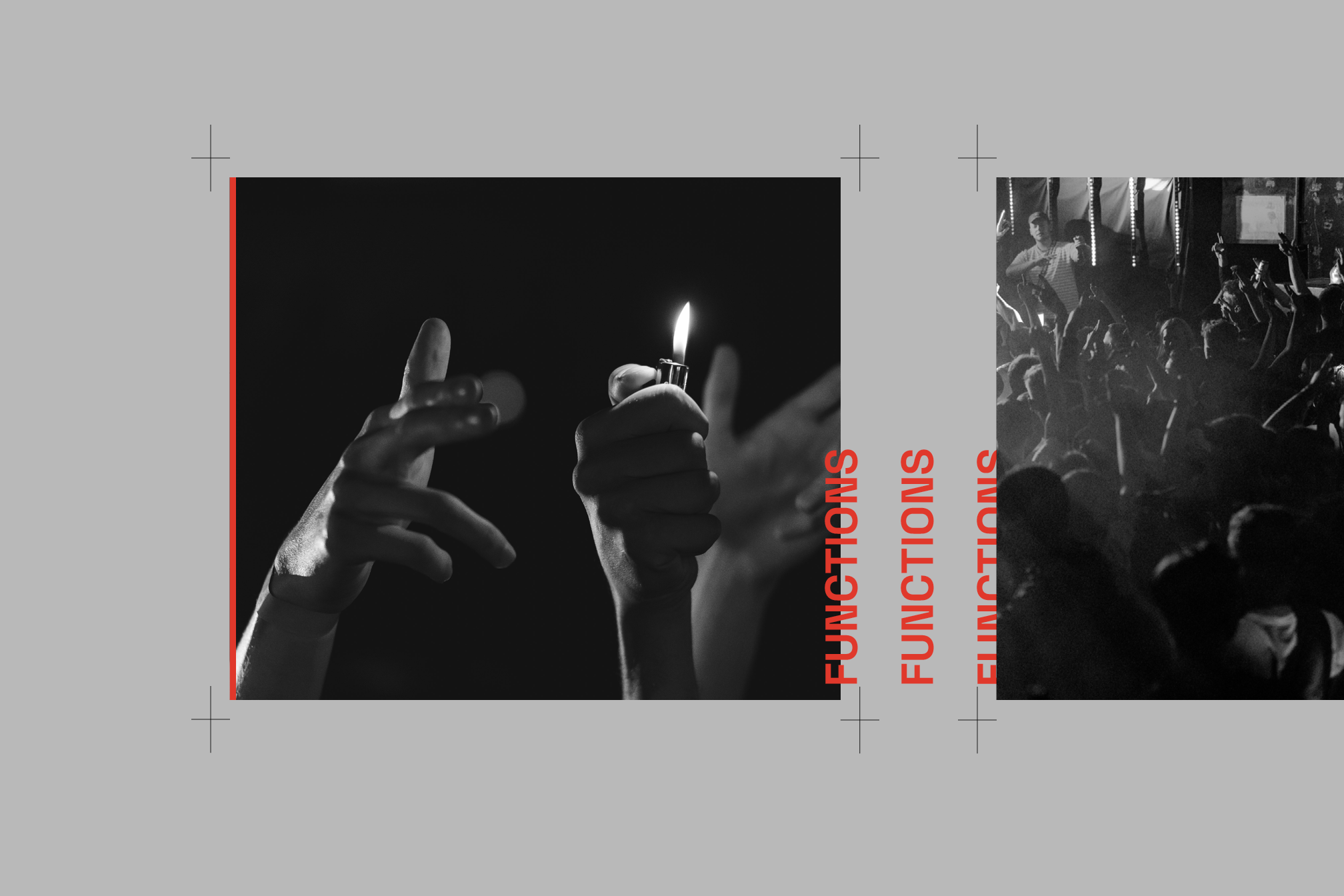 I know you have a few offshoot projects rolling out now - can you tell me a bit about how you’re expanding Beastwang’s outreach?

Just before lockdown, we started a record label which is a spin-off from Beastwang which is going really well, we were getting plays on Radio 1 from Annie Mac, DJ EZ and others. With the record label, we’ve seen our audience grow not just in Leicester but further afield because the music is accessible everywhere. As that builds traction, it means a lot more people want to see this in other cities, too. As we start to build our audience in other places, we’ve done a few shows in Manchester, London, etc. Seeing what opportunities are next and how they arise, even if they’re not in Leicester, will be interesting.

Read this next: I only listened to music from my teens for a week and it felt amazing

You’ve seen some big names come through the doors over time, who's been your favourite?

It’s difficult because a lot of people think our best events were when we had acts like Chase & Status, Stormzy, and Shy FX, but my own personal favourite was probably when we had Oneman in. He’s hands down one of my favourite DJs, and at that time when I made the booking, I didn’t know if people would come because he’s not one of those overly-popular artists. But it completely worked, it was probably one of the best events we’ve ever had.

I think we’re still trying to figure it out. Because we’re seeing some success with the record label at the moment, it makes a lot of sense to go down that route. With the label, one of our biggest strengths and the thing that a lot of people don’t get to see is our music taste. There are only so many acts you can book on a regular basis, line-ups can get a bit boring. The label has helped us exert some of our music knowledge and we’ve really enjoyed it so far. We also want to venture out to other cities where we’re seeing some attention.