In my music writing, I talk about my discovery of Canadian electro duo Crystal Castles a lot. My finding of them was life changing. Their first album, a self-titled magnum opus, introduced sounds to me that I didn’t even know could exist under the umbrella of music. I didn’t know that beeps and scratches could be made to sound that way, and I was moved. Discovering Crystal Castles at 14 and learning about Alice Glass was inspiring, and it made me feel like I, too, could eventually be the person behind the synthesizer. I was too young to understand and question gender roles, but there was something about her presence in the scene that inspired me.

From Crystal Castles I fell into Aphex Twin and his many aliases, Legowelt, Richie Hawtin and his Plastikman name, Bonobo, Boards of Canada, Blake Baxter, Boris Brechja, Stephan Bodzin, Alva Noto, Frank Bretschneider, and, after a fateful trip to Montreal one summer, I was shown Tycho. I loved all the glitch sounds and I loved the ambient groove. Finally, I was listening to music that matched what I longed to hear inside, though when I started trying to make my own, at first I didn’t realize why I felt so out of place. I didn’t realize then that the music I was trying to emulate was music mostly produced by men and that, on some level, made me feel that I would never be capable.

I did come across female musicians here and there. But many were older and much more experienced, and not many were doing what I wanted to be doing. I didn’t know who was out and queer and creating the sound I wanted. I didn’t know who to look up to in music as a distant mentor. The male producers I admired felt untouchable, and I lacked the resources to look very far. I didn’t think many women were around, so I felt isolated. Most of my friends didn’t listen to the music I did, so I lacked even word-of-mouth recommendations. In short, I didn’t see myself anywhere. So I began looking. 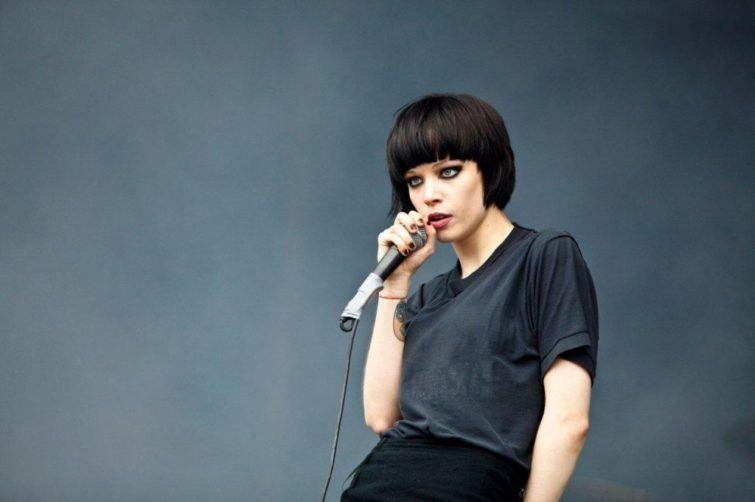 These days, when I scroll through Twitter or read music-related media, I’m overwhelmed by the plethora of accepting messages that teens have to look at. They have a variety of queer role models, and these musicians and producers are succeeding not just because they’re gay, but succeeding as musicians in their own right, musicians making great music and sending a loving message that also just happen to be gay, or women. Hayley Kiyoko and her fanbase is just one example that comes to mind, and she was right when she said “Taylor Swift sings about men in every single song and video, and no one complains that she’s unoriginal,” in a 2017 Refinery 29 interview.

Despite the whole “computer music” thing essentially being pioneered by the outstanding Daphne Oram, the world of modular synthesizers, computer music, and beep beep sounds tends to be dominated by male producers and gate-kept by gearhead men who want to keep us out. When I go to the music store, I feel silly asking questions about certain synthesizers or machines. I don’t want to be seen as another dumb girl who is out of her element and unable to understand even though, in my core, I know there is no shame in not knowing, in asking, and in wanting to learn. My uncomfortable, self-doubting feelings at the music store mirrored my feelings after coming out: aware of myself, awkward, and painfully queer, thinking anybody could read me and hoping to god that I didn’t come across too dykey when walking down the street. I second-guessed my clothing choices. I second-guessed what I listened to. Though coming to terms with my sexuality wasn’t a process – I simply started dating women and didn’t look back – the path to self-confidence and trusting in my femininity was. I felt “not gay enough” when I wore the dresses and tight clothes I usually liked to wear, and “too gay” and not like myself in butchier, baggier button-ups. 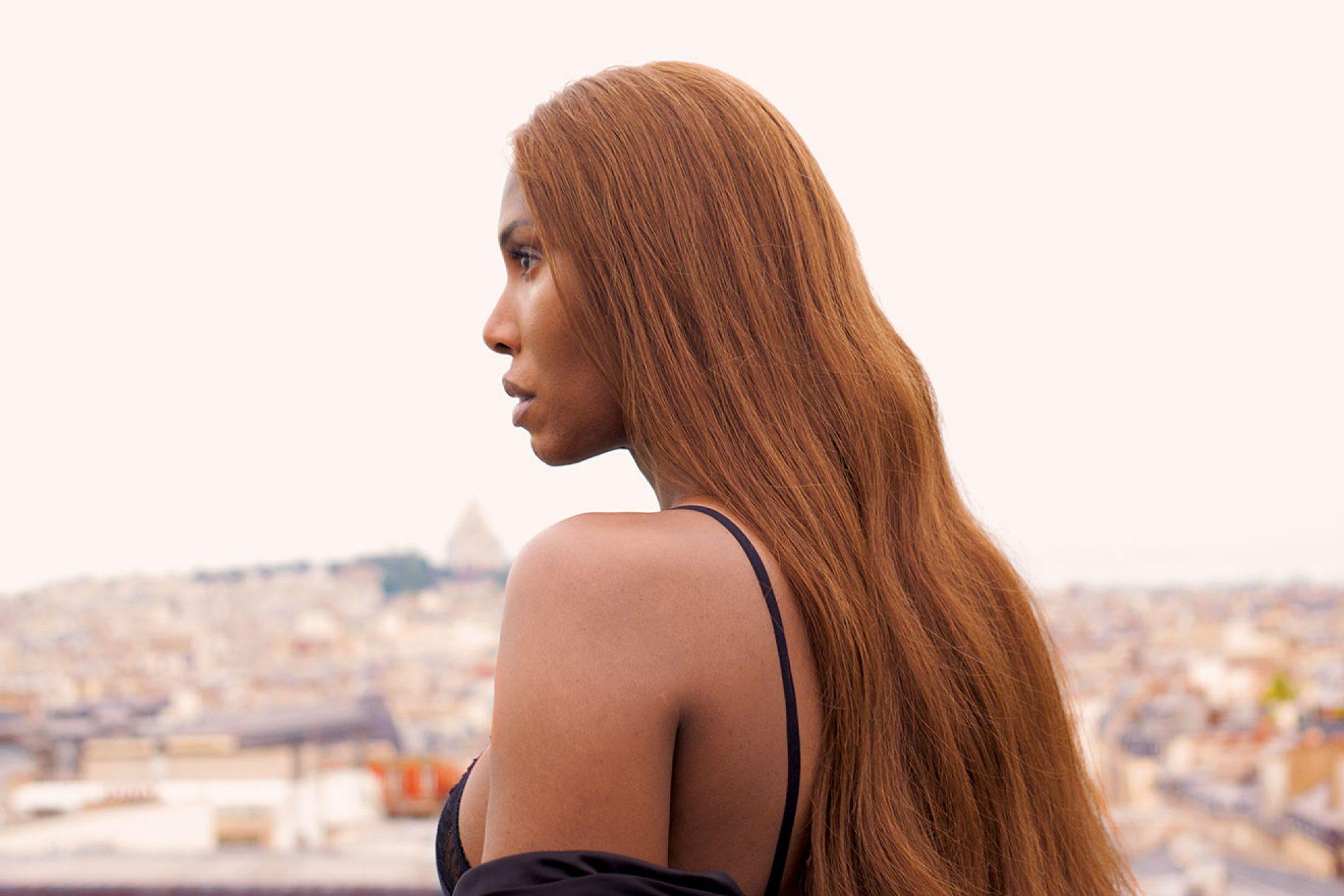 How does queer representation help us? How does seeing female representation help me? Seeing women succeed in an industry I once felt (and, to be completely honest, still sometimes do) shut out of inspires me. Instead of feeling threatened that someone is doing what I want to do already (but better), I am moved to see that a woman can make herself seen in this scene, and I look up to successful female DJs and performers like Peggy Gou and Honey Dijon who have made a name for themselves despite what the scene has thrown at them to make it more difficult.

The sexism these artists encounter is barely hidden: Nina Kraviz is a world-famous dental-student-turned-DJ and absolute techno master. She is incredibly skilled behind the decks and in the studio and runs a successful label, all while staying true to her style and constantly experimenting with new sounds and taking risks during sets. However, her risks don’t often pay off for male fans; Kraviz is constantly scrutinized on the internet, her sets dissected and torn apart by male critics who insist that her mixing is poor, her song choice is unsatisfactory, or worse, that she only gets these headlining gigs because she is a woman, and the promoter needed one as a token. Statements like this devalue the work Kraviz has put into her craft, the years she has spent growing and learning and mastering new skills as a DJ and producer. Of course she’s not the world’s best DJ. Nobody is. But she is held up to a level of scrutiny as a woman that many men whose track choice is much, much more tame and boring, never would be.

And just recently, Giegling co-founder and DJ Konstantin “was quoted as saying that DJing makes women look “manly” and to take on the decks, women must lose their “female qualities,”” prompting many people in the scene to start a protest petition to get him removed from the Amsterdam Dance Event – I signed it.

When I go to raves I often find myself in the company of underslept and overly talkative men who wanted to explain the 5 am techno that’s playing to me. I was a regular at afterhours events simply because they are usually the places that play the best music, but my resilience has worn down, partly due to lack of sleep and partly because I just didn’t feel like being groped by strangers anymore. 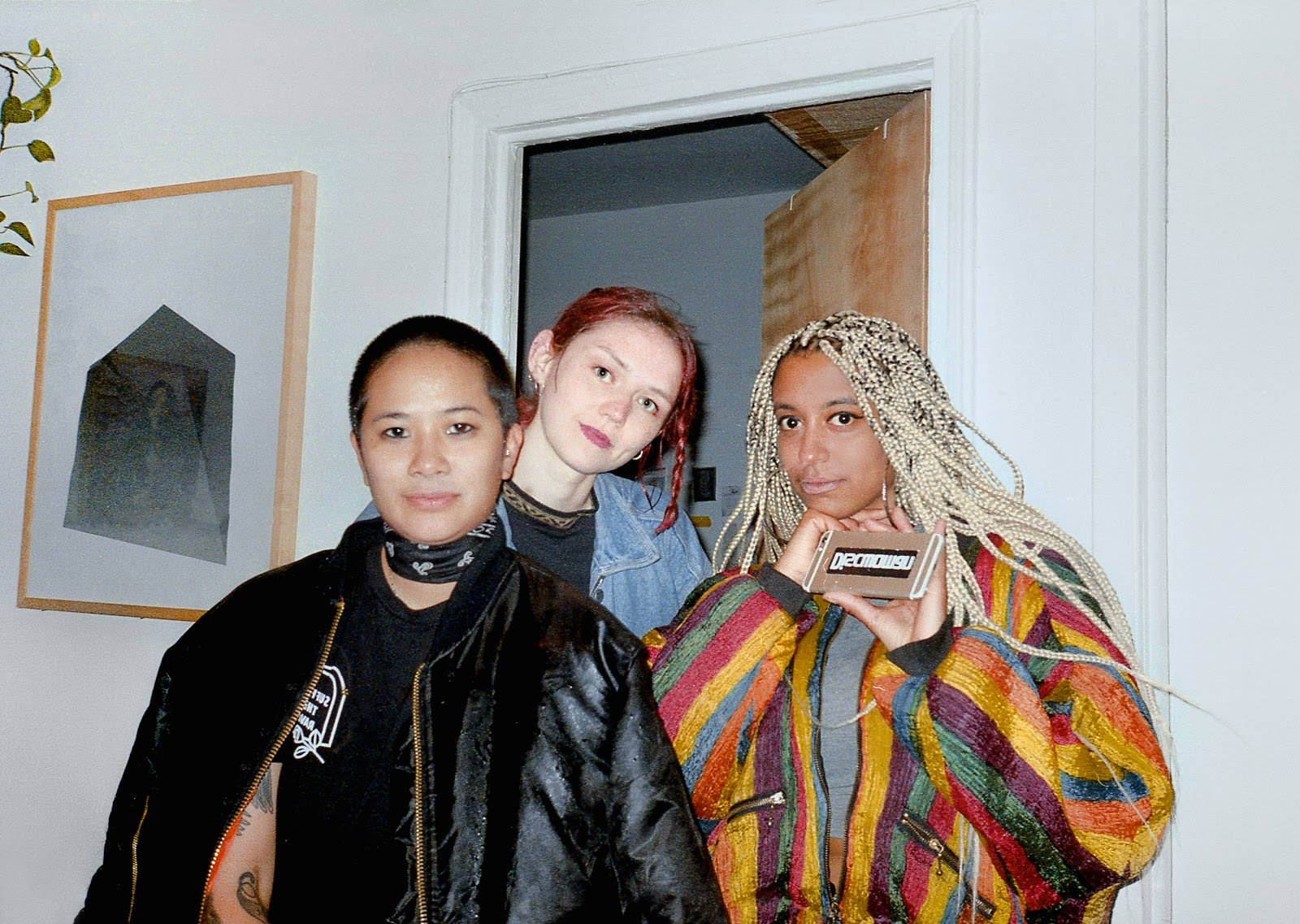 But I feel safer in the electronic music scene now, at least here in Toronto. Some promoters and party-throwers here have made conscious efforts to book more women and non-gender conforming DJs and musicians. Initiatives like Chippy Nonstop’s Intersessions are hosting more and more women-only and queer-friendly events and DJ workshops, effectively opening the doors for people who had previously been shut out of the culture, teaching them the art of DJing and music production, and welcoming marginalized groups like POC, queer women, and non-gender-conforming folks. On a local level, Toronto-based DJs like VAUGHAN, Ace Dillinger, and Nino Brown do all they can to make their events inclusive, safe, and welcoming to anyone who attends, especially women of colour and queer folks.

Some creators and difference-markers who stick out to me nowadays and who I actively follow are Jlin, the Planet Mu-signed magical music producer who recently became a favourite of mine, Ciel, a Toronto-based WOC DJ and producer I have great respect for-- someone who has constantly stuck her neck out for women in the scene, speaking out about injustice in booking structures and DJ lineups and taking matters into her own hands with her projects Work In Progress and It’s Not U It’s Me which focus on highlighting women in music and creating a safer spaces policy.

More and more initiatives are taking place to give marginalized groups the centre stage. As feminist icon Kathleen Hanna once said, “Girls to the front!” and now it feels like we’re really seeing it. Venus Fest in Toronto is an inclusive music festival celebrating and showcasing a variety of female, feminist, and LGBTQ+ musicians. DJ collective Something Special recently led a community meeting to discuss safety and harm reduction at parties and venues, with non-male DJs moderating the discussion. Of course, it’s hard to talk about creating spaces for diversity and inclusion without mentioning Discwoman: their entire roster is full of exciting, diverse, female talent that reminds me, when I listen to their mixes, that yes, of course there is a space for me in all this as well, that the gatekeepers of the electronic scene couldn’t keep us out for long.