British DJ, producer and singer Jack Aisher, better known as jackLNDN, stepped into his first recording session at the infamous Abbey Road studios when he was 10 years old. A classically-trained choir singer and multi-instrumentalist, Jack's initial dedication to the study of music crossed over into clubland eight years later following one fateful night after he witnessed Fatboy Slim step up to the decks at Space Ibiza.

Since that moment, jackLNDN has used his musical wherewithal to minister enduring dancefloor energy and advance his style of emotive, feel-good deep house. Starting off as a student resident at the infamous nightclub fabric in London, Jack's keen ear and devotion to melodic exploration has turned him into a highly sought-after talent with widespread appeal. Keeping his silky vocals at the forefront of his productions, his ability to weave colorful tapestries of sound together in the booth makes for a euphoric and memorable clubbing experience. With a touring schedule that has heavily increased in recent history and a debut album in the works, jackLNDN's polished style has landed him a spot in Mixmag and WAV's Magnified program.

Providing Mixmag with our latest Impact Mix - a stunning one-hour session of 100 per cent origional music (much of it unreleased) - we caught up with jackLNDN to learn more about the man behind the music. Check out the Q+A and tune into his mix below. 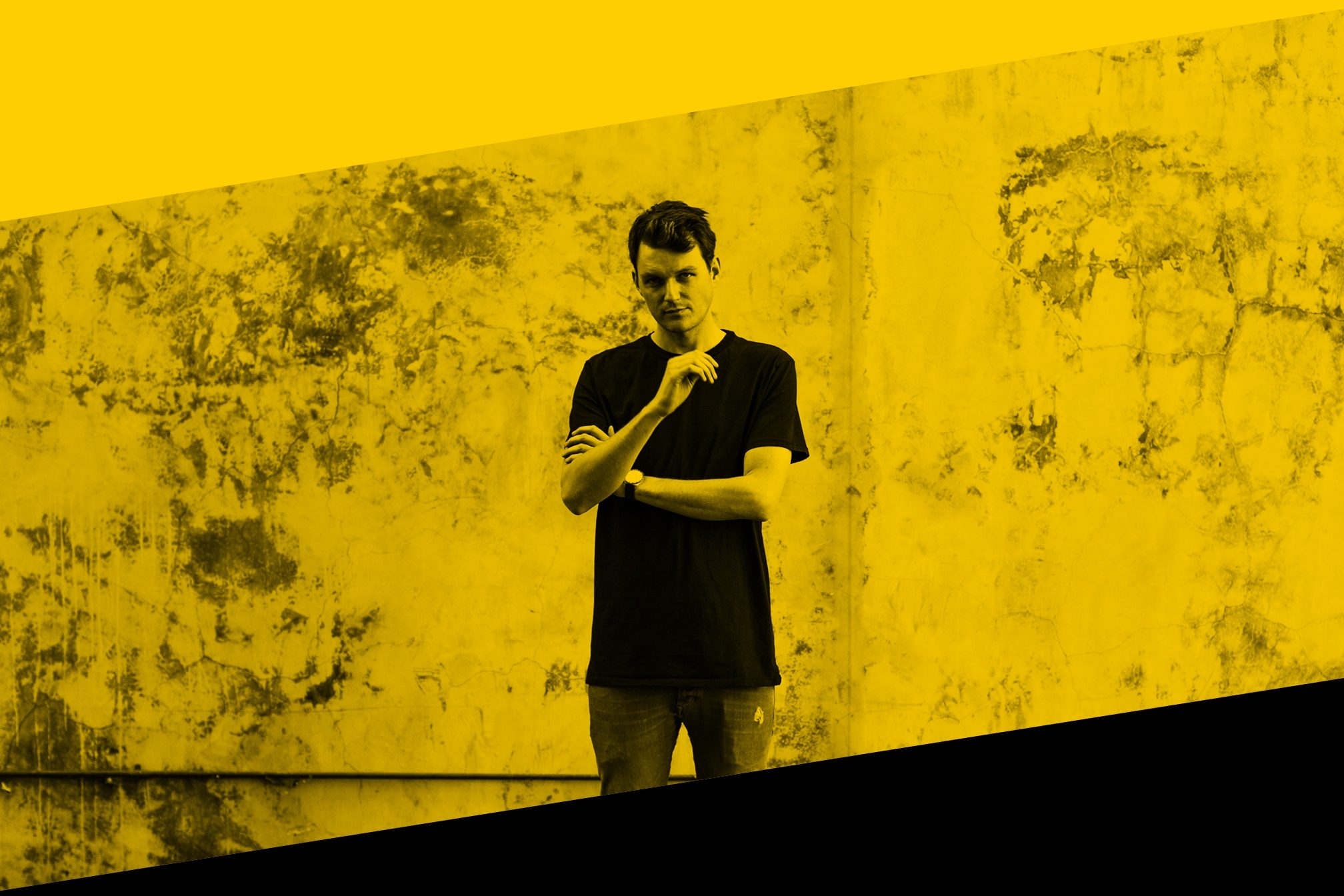 What was your initial introduction to the world of music?

I was in choir since a very young age. First, the local church choir and then I started singing in a very renowned choir where there were almost eight public performances a week of church music at Windsor Castle. That was at the age from eight to 13, so I got a very crazy and high-level introduction to choral singing during my youth. It also came with a schooling that allowed you to learn two instruments for free so it was this boot camp music experience that I went through when I was very young.

How did you land on the name jackLNDN?

Right after high school, I moved to Switzerland. I went to go work at a ski factory in the Alps because I’m obsessed with mountains. I really love skiing so going to live there was a whole different ballgame. I worked for this company and I ended up getting a whole bunch of residencies at the local clubs there. People out there who got to know me would just start saying ‘Jack from London is playing tonight’ and everyone just started to abbreviate it. It felt natural so I held onto it.

When did you first get into DJing and producing your own music?

Right before I had gone to Switzerland I went to Ibiza for the first time. While I’ve listened to a lot of electronic music in the past, I hadn’t really done the whole clubbing experience before since I was young for my year at school. For my first ever clubbing experience I saw Fatboy Slim perform at Space. It was supposed to be Carl Cox but he was sick and Fatboy Slim was actually not supposed to play that season so it was extra special that he filled in at the last minute.

When I got back from that trip, I started to familiarize myself with all sorts of new music, got some DJ software and started messing around. By the time Christmas came around I found myself a couple of gigs and that resulted in these Switzerland residencies. I was the only guy around playing real house music on the mountain since snowboarding culture in the alpine tends to lean towards hip-hop.

When did you first start buckling down in the studio and creating your own original music?

After my year in Switzerland, I came back to London to study at Kings College. I was aiming to get a music degree that was more academic but while I was doing that, I really started to spend most of my time getting into production rather than going to classes.

I was kind of spurred by the fact that I was playing some of the Fabric mid-week student nights and there was a lot of hype around the events. Even though they were not as big as the club’s weekend shows, they still booked big acts. I was kind of like this deck-shark kid in the corner of the booth watching every move on the mixers and learning what the pros were doing.

I realized If I wanted to progress any higher then being the local guy opening up for big names, I needed to start putting my time in at the studio. Although I have a musical background, going into the studio for the first time felt like I was starting from scratch. It's a completely different science and skill set from the classical side of composition. 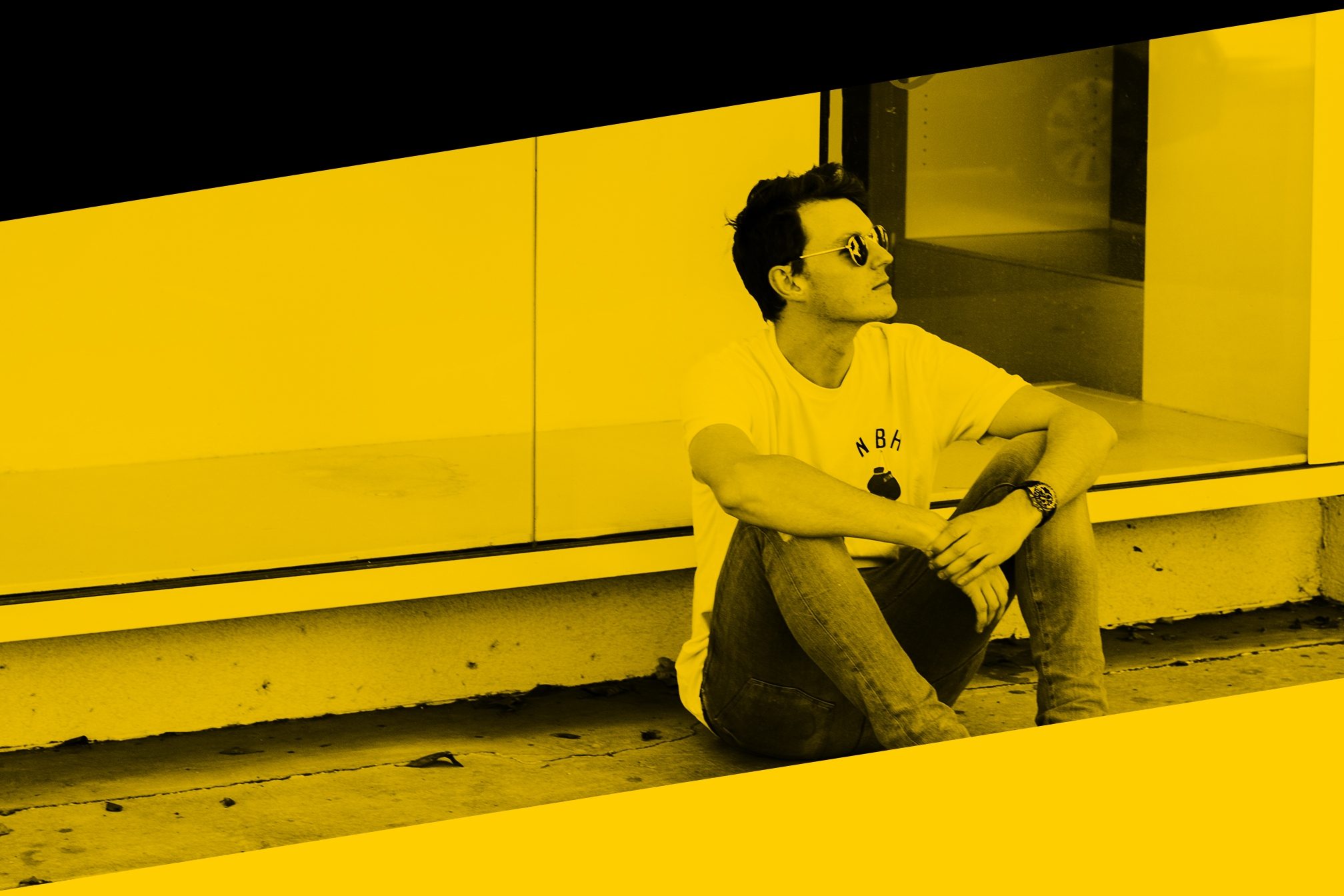 When did you first start touring and what kind of impact did that have on your career?

Three to four years ago a tour started to brew. I signed with a US agency and put together 13 or 14 dates and just really enjoyed my time over here. I thought the scene was so receptive and when it came time to do a second tour, I found myself in Boulder, Colorado for a week.

After judging the vibe I thought ‘okay, my lease is up in London, I’ve got another tour coming up and I’ve got no reason not to stay out here.’ So, I moved to Colorado! The metrics on Spotify and Soundcloud always told me that the US is where my music was most popular so it seems that it made sense after my first trip over here to just settle down.

For me, nature is the way I stay grounded. I have my own studio in my home and if I don’t go out and get energy and vibes from the mountain, I’d go insane. Its a total necessity.

It’s what I moved halfway around the world for, its to be amongst that. The environment really helps me switch off my mind from work and creativity and all the other things that come with holding together a music career. It has been huge for my mental health. I think all the stuff I have written since I have moved here has become slightly more cinematic because of my surroundings.

Musically speaking, what are some of your major goals moving forward?


At the moment, I am wrapping up what will become my debut album. It's very heavily vocally driven. People are usually very surprised when they show up to my shows and realize that I sing live over all my music. I never had the budget to make music videos to hammer the point home. I’m usually singing 70 per cent of the show. With this new album, I am singing on every single track - either as a lead or just with some effects as an instrumental.

I’ve been doing a lot of live sets rather than DJ sets and the goal is to transition. I want to write music to the best of my ability that is true to my sound melodically in terms of house and now I’m trying to write songs that people can sing along to.

Tell us about the mix you made for us?

It's completely original. It's a reflection of where my sound is at now with a look to the future and a bunch of stuff that will end up on the album. There are actually 10 unreleased tracks in a row that appear in this mix. I do have a pretty heavy output and not all of that always gets to be heard so I took this opportunity to put in a bunch of things that I have worked on recently along with some stuff I don’t think will ever be heard again. Either way, its mostly brand new music that people have never heard and I’ve always been a supporter of the magazine so this felt like an appropriate occasion.