Undertones of deep rumbling bass permeate through Stockholm’s Tele2 Arena as fans local and global descend on the venue, all with one thing in common: to witness the Swedish House Mafia's climactic return to dance music. Seven years have passed since the super group decided to call it a day which left devotees both confused and heartbroken, until now.

The crowd knits tightly together as anticipation for the long-awaited set begins to heighten. A sea of flags from nations worldwide are waved by the masses, all characteristically personalised with the iconic 3 circle emblem the group are renowned for. Among them, thousands of people are sporting the Mafia’s ‘Save the World’ merchandise, the name given to their highly anticipated world comeback tour. The sheer scale of the arena barely goes unnoticed by fans, who point out the potential for some hypnotic visuals thanks to the group’s ongoing exhibition at the city’s museum of photography, Fotografiska. Yet, feeding the hype of their tour did not stop here. Merch drops, tour dates and cryptic social media clues were all drip fed to the public since the group formally reunited at Ultra Miami last year. However, the time for teasing fans is over, they’re back and ready to bring nostalgia along with them.

Deafening cheers and whistles pierce through the room as darkness turns to light and three distant figures can be seen taking to the decks. While Axwell and Ingrosso have continued to play back-to-back, the sorely missed Steve Angello faces his awaiting, captivated audience who are evidently elated to see the DJ back in the fold of his brothers. Thumping vibrations of the unheard opening track fill the air as everyone is instantly reminded of the trio’s very nature of creating anarchic progressive sounds. Narrated by Axwell, the Swedish-born DJ addresses the tens of thousands of people, questioning whether they’re really ready for the return of Swedish House Mafia. 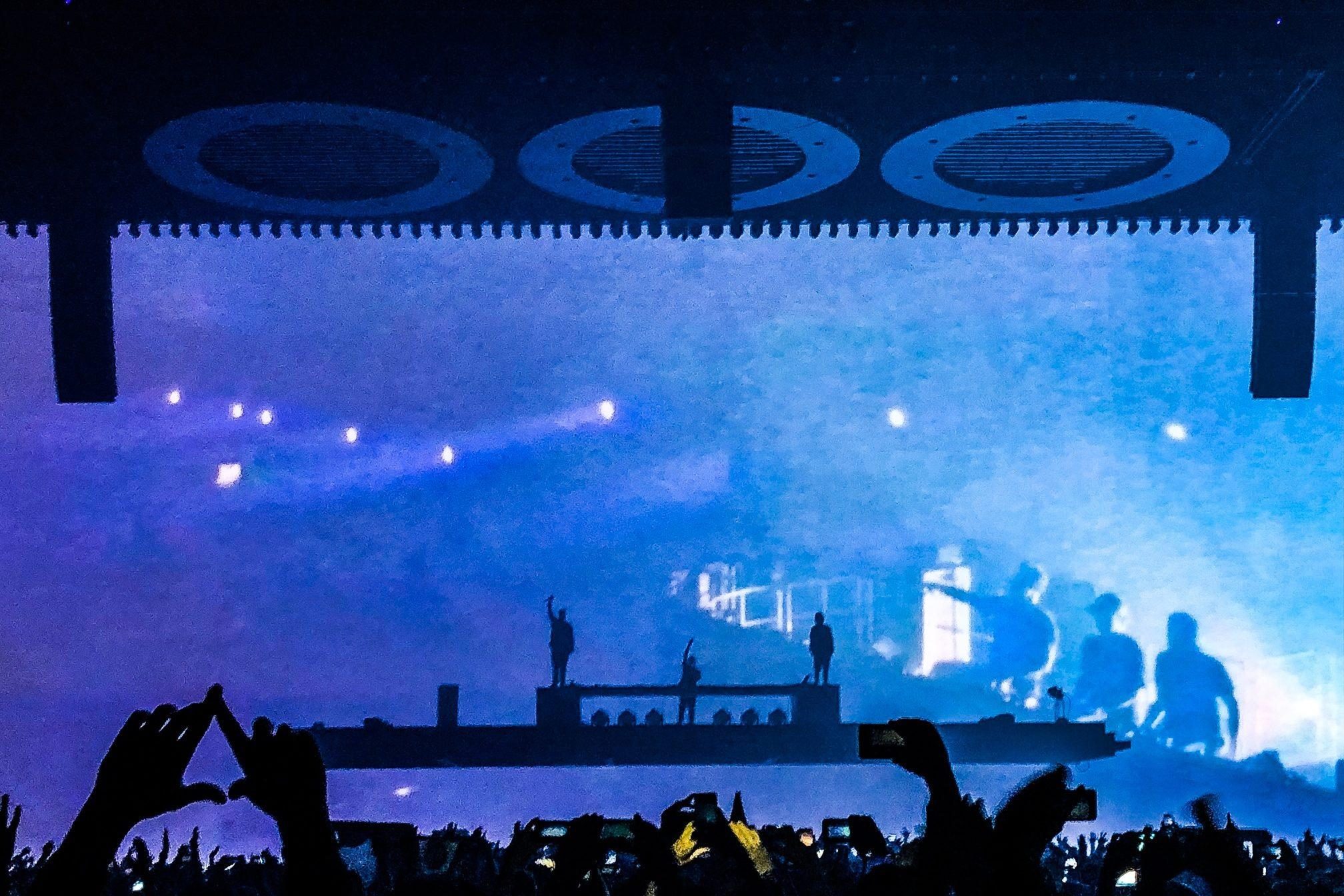 It’s not long before the boys drop many of the classics produced among them, such as progressive synth-building track ‘Greyhound’ and Sebastian Ingrosso’s finest works ‘Dark River’ and ‘Calling (Lose My Mind)’. A glimpse of the tour’s giant production value begins to show as 3 circular lights lower from the ceiling, each one beaming down on the individual DJs, visualising this perception that they have been sent from the above back down to earth to be re-born. As all of this unfolds, Steve Angello leads the way into the second half of the set with synth stabbing track 'Knas' mixed amidst iconic house favourite 'Show Me Love'. From this point onwards, it’s clear the whole dynamic of the show’s aura is about to be switched up.

Countless rumours of new music in the pipeline from the Swedes have been floating around the dance music scene for over a year, but unreleased track supposedly entitled ‘Underneath It All’ puts those to bed. Its underlying euphoric tone and lyric-driven essence seemingly brings the audience to an awakening that this is what they’ve been waiting for. Differing to previous works, a lighter drop characterises the song making it a rather stunning piece of music.

As the set draws towards its pinnacle closing, long-time Swedish House Mafia fans are taken down memory lane with projected visuals throwing it back to where it all began. Emotive footage from their 2012 heyday detailthe group’s highs and lows; showcasing exactly how the industry can be so bittersweet. Brothers in arms, elation unfolds throughout the room as both artist and fans share in this moment of togetherness. Like moths drawn to a flame, people watch in awe as three circles of fire lower towards the standing crowd, marking the end of this historic comeback show.

With just tonight’s show left in their home country, Swedish House Mafia will continue their journey across the globe making their stop in the UK at Creamfields in August. Onwards from this, it’s unknown whether the trio will remain together and continue to break these boundaries within the house genre. For now, just rest assured that you’ll be treated to some monumental performances along the way.