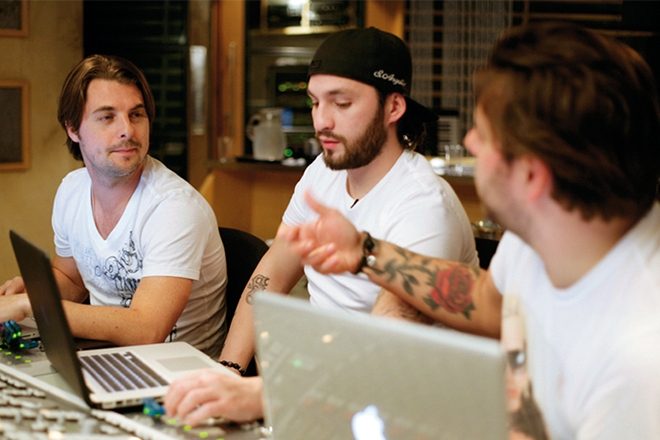 In a new interview with Swedish publication Sydsvenskan back in June, group member Steve Angello finally confirmed the rumors behind an upcoming tour run. "It's happening, obviously," he answered. "Not all the details are set, but we will be back in 2019."

As fans wait on bated breath for next year's Swedish House Mafia extravaganza, the EDM supergroup has recently confirmed that they have entered the studio and are working on new music.

Once again, the confirmation comes from group member Steve Angello, who told Swedish news publication Dagens Nyheter that they are "absolutely" coming back. He goes onto tell the news outlet, "during summer everyone is traveling a lot, but we’ve entered the studio. I can’t really say much more."

In addition to the news, the trio has shared images on Instagram of what looks to be a Swedish House Mafia x Nike collaboration.