Throughout September 2020 Mixmag will be taking over Friday nights on BBC Radio 1. Next up is Shimza, one of the heroes of the South African house scene. Listen to his exclusive mix here and read on for a profile of Shimza by Shiba Melissa Mazaza

South Africa’s motley Thembisa township has produced some of the country’s most groundbreaking musical acts to date, despite its turbulent political origins. As the birthplace of jazz legend Moses Molelekwa and the second home of kwaito and jazz godfather Don Laka, their legacies have delivered today’s house music heroes in the likes of Aymos Shili and Mas Musiq creating a lineage that conjures boundary-pushing anthems rooted in township life, setting the pace for innovation in South African dance music the world over.

Leading the charge for the afrotech scene out of Thembisa, or Mambisa as it's affectionately called by locals, is Ashley "Shimza” Raphala, whose influence can be felt across the globe thanks to his ability in the booth and as well as his business-savvy ambitions.

Read this next: The beautiful chaos of Amapiano

As we enter South Africa’s spring season, he’s taken over Mixmag’s residency on BBC Radio 1, re-opened his hometown club-restaurant hybrid The Hang Awt 1632, and is working on his new record label, Kunye, after the massive success of the Lockdown House Party series, all while becoming the very first DJ to play a set on the historically fraught Robben Island, and another in front of the iconic Nelson Mandela statue at the Union Buildings in Pretoria on Youth Day, for his decade-spanning One Man Show. 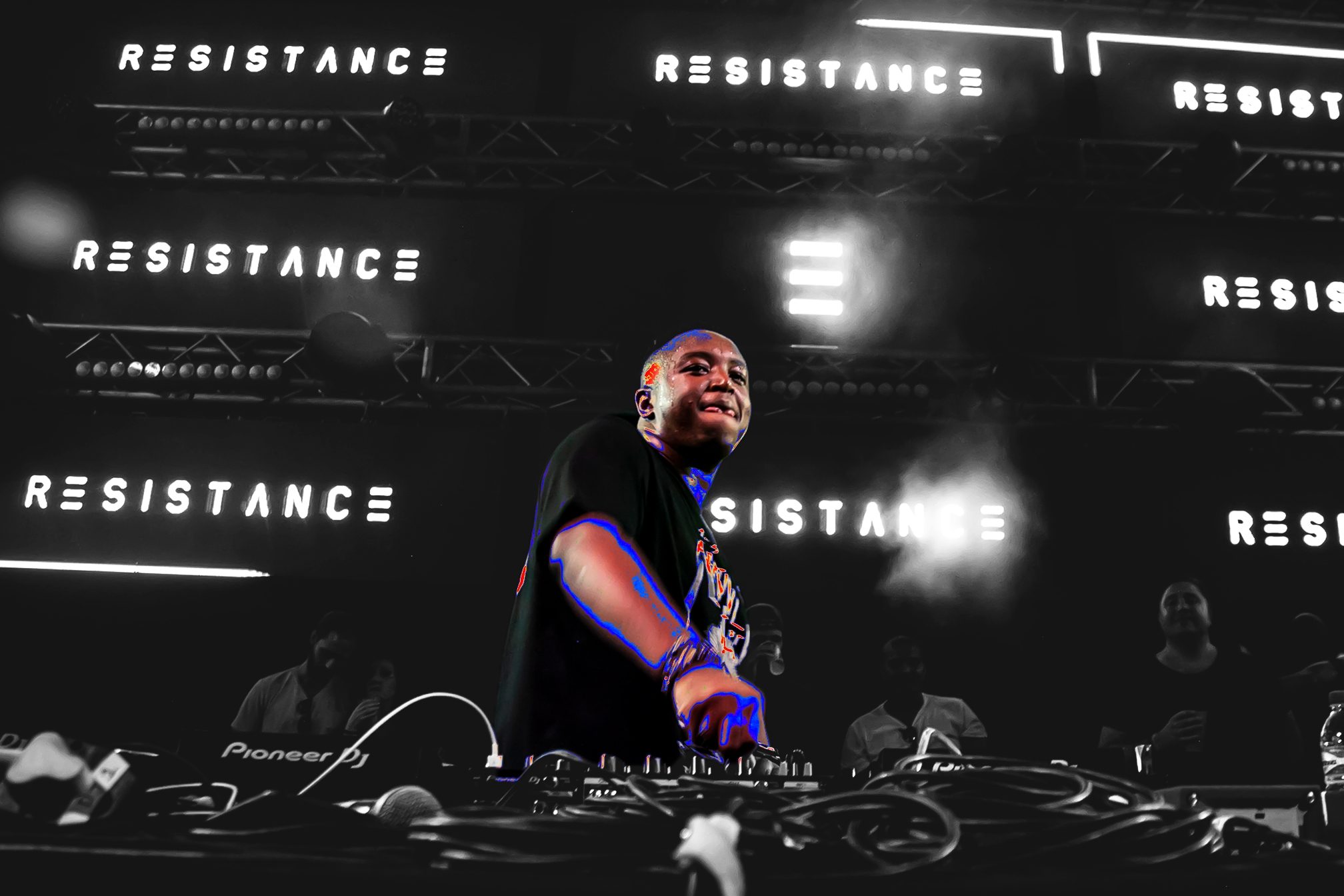 “I think for me, as a DJ, producer and a businessman overall, I'm working on something that could generate some more income for me in a different space where I don't need to be there a hundred percent of the time. The restaurant was a natural progression from being able to to suss out what people in my community need in terms of entertainment. I started my festival in Thembisa, and I know what's lacking there, and what it is that I can present to people that can be a unique and fresh idea for them to have fun,” Shimza says with pride. “Anything music gives me access to, I’ll do.”

After months of construction, and yet more time under COVID-19’s lockdown grip, The Hang Awt 1632 is bustling again, and it’s back to world domination for the tireless entrepreneur. While his sight is set firmly on expanding into Europe and flexing his economic muscle to fund his vision, Shimza’s heart belongs to South Africa. Over the years he’s made it clear that when he wins, Thembisa does too and he’s made every effort to change the game for the place that made him, donating food to those in need, along with 3000 school shoes to children from his hometown. Shimza’s music embodies an Africa that is truly connected to the rest of the world, with the tinny, industrial sounds of techno folding effortlessly into ancestral whispers interspersed with tumbling drumbeats and insistent chants, encouraging us to march ever forward to a prosperous future long overdue.

Read this next: Shimza in the mix for Mixmag x BBC Radio 1

“I think when I started, it was mainly about the love of music. I was very interested in what was happening around YFM days; the compilations that DJ Fresh, Oskido and all the big DJs that were mixing at the time. I used to collect a lot of those compilations with my brother. When I was in my first week of high school, I was traveling by train, and I was taking different routes going back home. At some point I was walking past a house and I could hear that the music that was playing in their garage was not like anything I would normally hear on the CDs that we had at home. It made sense this person was either playing mixes from other DJs or he was a DJ himself, you know, so I went into that garage and I found a man who eventually became my friend, who was mixing on vinyl. From that day on, I went to his house every day and we started practicing – he taught me everything I know. We started doing gigs every week. I remember we used to walk to gigs at night and walk back home together after. I really needed to experience that humble beginning, I’m grateful for it in fact. It gave me the confidence I needed to get here.” 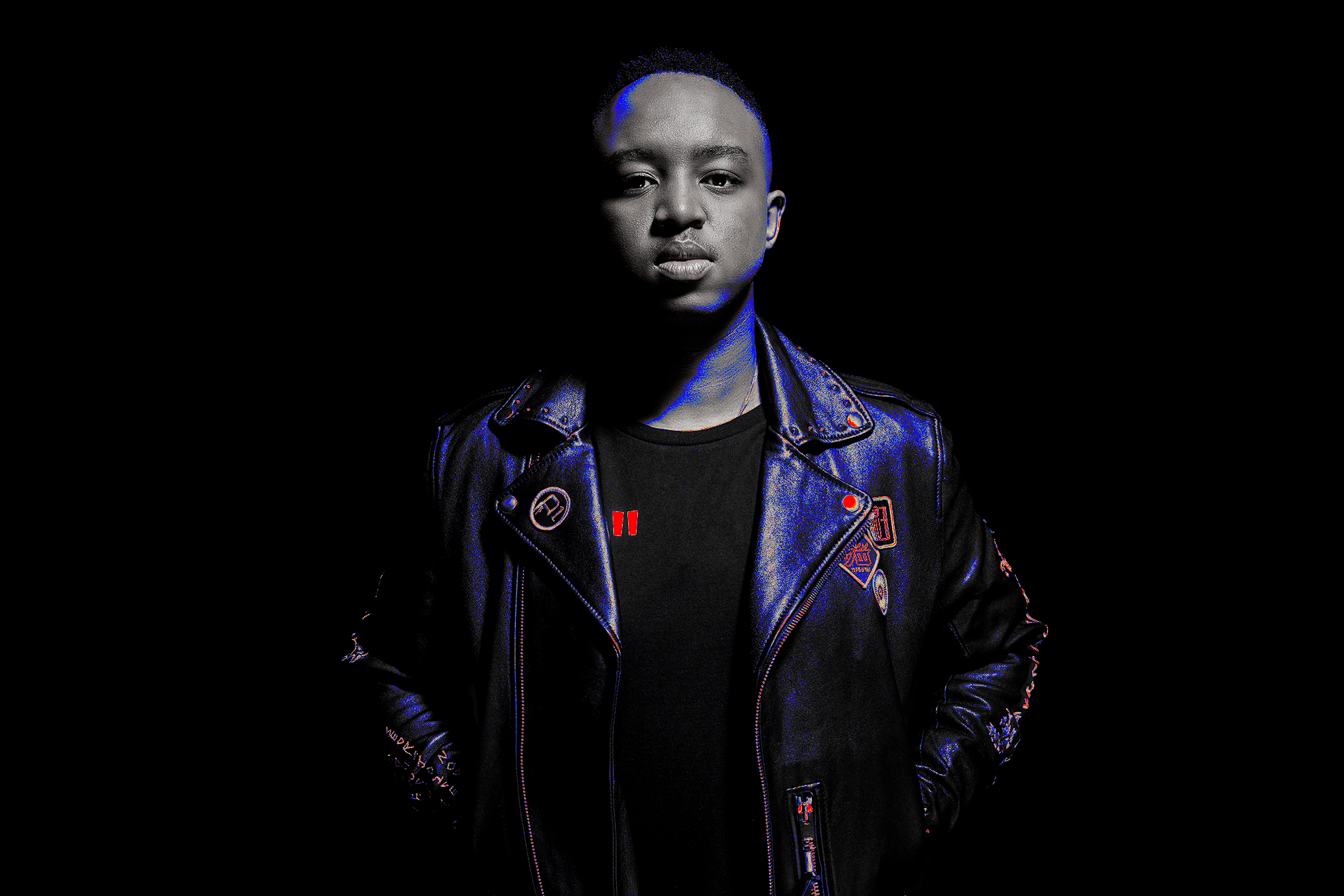 Producing chart-topping hits alongside acts like Ami Faku, Moonchild Sanelly, Dr Malinga and Black Motion, Shimza aims to continue to make room for promising acts with his new label and a TV show that champions upcoming vocalists from South Africa, creating a pipeline that connects local talent to global artists and audiences, off the back of his ever-growing international reach, which is proven by releases on Luciano's Cadenza and Hot Since 82's Knee Deep In Sound as well as gigs at Tomorrowland and Amnesia Ibiza.

“As much as we’re creating a platform for our upcoming DJs through the Lockdown House Parties, it is also important that we do the same for the singers,” he says. “I’m looking forward to TV, it’s an amazing platform: let’s see if we can make a star or two.”

Juggling samples, shakers and synths seems to be the least of his many tasks as a man who is now focused both on creating music and then creating the economic freedom music can bring those around him. Finding the energy to follow his gut in the face of public scrutiny however, is a fight on its own. Accusations of “arrogance” bandied about when he shared his thoughts around the financial intricacies of running his festival have found Shimza in the crosshairs of Black Twitter, but he believes that staying focused on his grand plan for SA’s music and events industry trumps whatever naysayers might pit against him. Since the fuss has died down, Thembisa’s event spaces have emulated his business models, completely transforming township nightlife. And what about advice he’d give those who are set to come after him? “Based on everything that has happened around me, and using my own money to create events and such experiences, I ended up losing a lot... But I saw it as an investment. Put yourself first. Pay yourself first. Then only think about the next person. Without you being happy, you’ll never be able to do anything that’ll make anyone else happy. That’s it.”