“A steady, sterile pulse of T-Mobilized minimal techno that's boring dancefloors to death.” That was Blackest Ever Black label-head Kiran Sande’s scathing summary of where Europe’s dominant electronic subgenre had ended up by the end of the 2000s. The general consensus was that minimal techno, with its skeletal aesthetic and seemingly endless loops, had reached the end of its cycle.

Moving into the new decade, a flurry of labels and collectives responded accordingly, seeking to reshape dance music in their own image. Hessle Audio pushed things forward with their hybridised, post-dubstep rhythms; Livity Sound, Timedance and other Bristol imprints spliced techno with the bass music synonymous with their adopted hometown; while the likes of Night Slugs, PAN and Halcyon Veil experimented with post-club sounds that deconstructed the very concept of club music. All of a sudden the four-to-the-floor beat, a dance music staple since the early days of disco, found itself sidelined in favour of broken rhythms and unconventional time patterns.

Read this next: Timedance: A new UK techno sound

This desire for new sounds – coupled with the musical democratisation ushered in by the rise of the internet – also led to an upsurge in attention on electronic music from the Global South during the 2010s. A deluge of exciting genres that were previously unknown, overlooked or inaccessible were now being uploaded to SoundCloud, shared on forums and covered by the western music press in the same way as house and techno from Europe and North America. Suddenly the notion of electronic music being an entirely western construct was shown up to be decidedly porous.

“These sounds have always existed but there’s definitely been more observation and more attention on them over the last few years,” explains DJ and BBC Radio 1Xtra presenter Tash LC. “The narrative is being challenged for sure and I think it’s beautiful to have these styles from the Global South next to house and techno.”

Arguably the style that has made the biggest impact on western dancefloors over the past decade is gqom - the raw, hypnotic club sound that emerged from the townships of Durban in the early 2010s. Subverting western stereotypes of what South African dance music ought to sound like, gqom traded in the sunny, upbeat house vibes of Kwaito for dark, apocalyptic broken beats - immediately pricking the ears of music lovers far and wide.

Kode9 affectionately described it as “being suspended over the gravitational field of a black hole,” while Italian DJ and producer Nan Kole founded Gqom Oh!, a record label dedicated to promoting the genre and acting “as a bridge from South Africa to Europe, with a particular focus on the cultural context”. In the years since gqom has evolved into a global sensation: tracks are racking up millions of streams on YouTube, Gqom Oh! hosted a showcase at Berghain, while the scene’s poster boy DJ Lag co-produced a track for Beyoncé earlier this year.

Kuduro, the percussion-heavy Angolan dance music first developed in the 80s, has had a similar impact in recent years. Emerging from Lisbon’s Afro-Portuguese neighbourhoods, artists such as DJ Marfox, DJ Nigga Fox and Nídia have found an international audience for their club-oriented take on a traditional sound.

Read this next: Lisbon's electronic music scene is stronger than ever

Hyperdub signee Nazar, whose harsher, Angolan Civil War-critiquing ‘rough kuduro’ continues to push the sound forward, cites this greater appreciation of global club music as the reason for him moving back to Europe from his native Angola.

“I can’t pinpoint an exact period or what instigated this upsurge because I was in Angola. But I did notice more widespread usages of global sounds in the European scene when I came back from Africa in 2017,” he recalls. “In the same way that gqom started to be exported approximately three years after making rounds in South Africa, I felt that people were ready for this new take on kuduro.”

In Latin America, modern incarnations of funk carioca, also known as baile funk, have travelled from the favelas of Rio and São Paulo to the dancefloors of Europe via BADSISTA, LYZZA and other Brazilian selectors, simultaneously inspiring the launch of club nights dedicated to the sound such as Baile LDN in England's capital. Alongside the world-conquering success of ‘Despacito’, trap-infused reggaeton has also proven to be just as adept at infiltrating the club as it is the charts. Colombian DJ Rosa Pistola played across Europe and the US' East and West coasts, Manchester-based Yeshe Beesley’s career hit new levels after he stopped making grime instrumentals as Samename and began exploring his Colombian heritage and experimenting with reggaeton as Florentino, and Ibiza discovered a new star in J Balvin, who has helped inspire a movement towards Latin flavours on the White Isle. 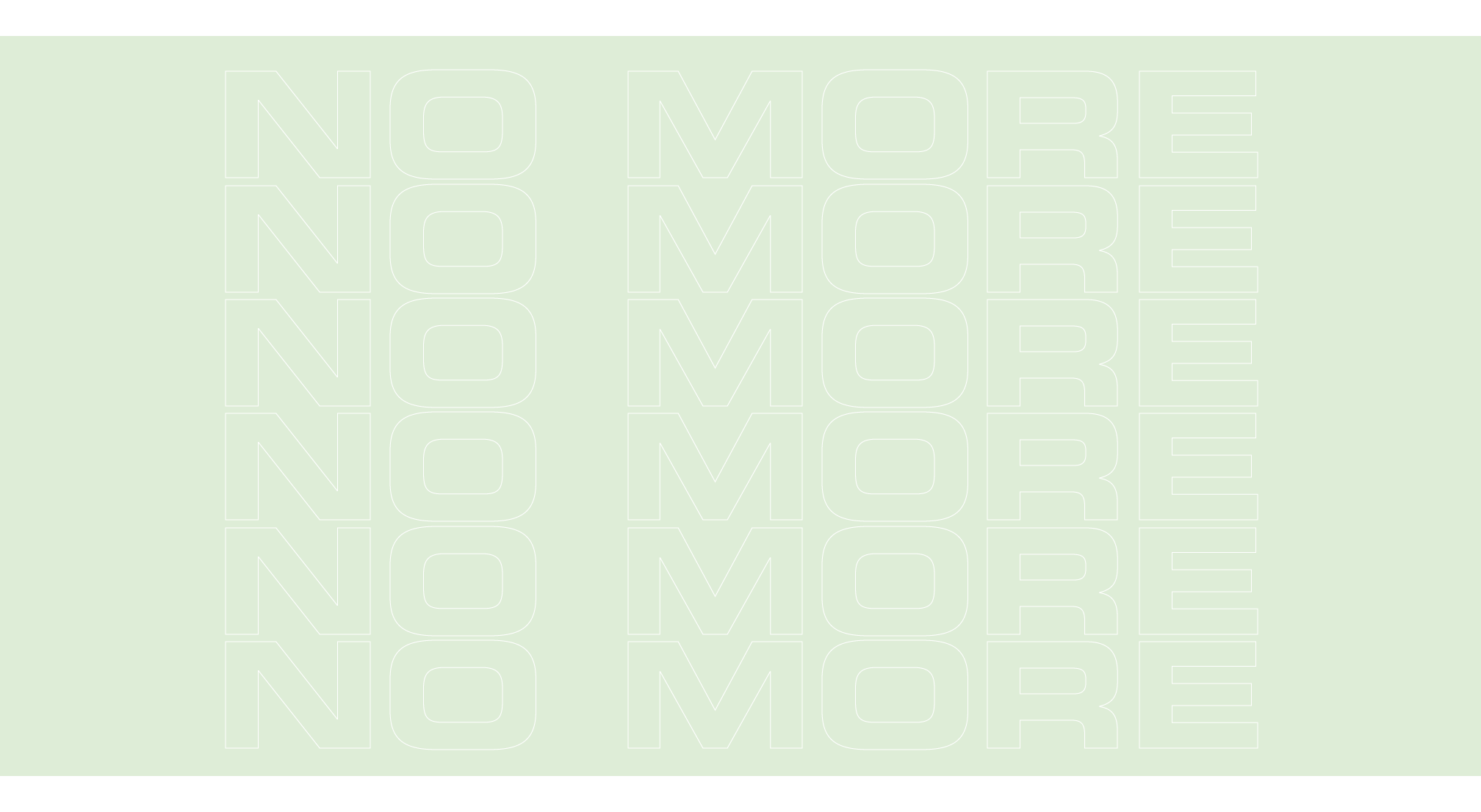 Simply put, there are too many scenes, genres and movements to mention in one article. The shift in perspective is encouraging. Little over a decade ago, the only time music from Africa or Latin America was heard on western dancefloors was when a rare, overpriced record found its way into the bag of a middle-class European ‘selector’ – a troubling colonial hangover. Now it’s common for African DJs to headline clubs across the globe. It begs the question as to why it has taken this long.

“Access to information is democratising. We’re all much more connected than we were 30 years ago and so it’s easier to find music from Africa or elsewhere online, it’s easier for artists to connect with each other, to get their music out there and to travel,” explains Kampala-based DJ and writer Kampire Bahana. “But music from Africa has always been part of the DNA of electronic music. The fact that the West is only now starting to credit, book and pay electronic artists from the Global South does not negate the fact that this music has always been an essential contributor.”

Read this next: “Sweat and hope and the love for music”: Meet the Nyege Nyege Festival team

Despite performing at some of the world’s most recognisable clubs and festivals over the past couple of years, it’s clear that nurturing the scene at local level and building a self-sustainable ecosystem are far more important to Kampire than garnering admiration from the West. She is a core member of Nyege Nyege, the East African festival and collective that has provided a platform for some of the region’s most innovative electronic artists. Unbound by the lineage of western dance music, the crew are slowly but surely convincing people that electronic music is a global phenomenon that reaches far beyond London, Berlin or Detroit.

Kampire is also critical of clumping all non-western club music together under one umbrella – comparing such a flagrant oversimplification to all intracontinental African pop music mistakenly being labelled as Afrobeats.

“Ugandan music alone (let alone East African music, let alone African music, let alone music from the Global South) is so incredibly diverse, drawing from over 70 ethnic groups with their own languages, history and contemporary struggles. Western audiences will miss all of that if we insist on oversimplifying,” she says. “Yes it's all electronic but doesn't it do the music a disservice to lump 180-BPM singeli in with Ethiopian EDM? I think African music is rarely afforded the same nuance.”

But how do these non-western sounds that forego the conventions of 4x4 house and techno go down in the club? “Really, really well,” says Tash LC, whose South London club night Club Yeke is dedicated to ‘exploring sounds from the African diaspora via South and Latin America, the Caribbean, the UK and beyond’. “People enjoy it but they’re kind of confused because it’s not something they’ve heard before. It’s so easy to build up a preconception of something and have your whole views changed.”

Rather than a trend that gets left behind in a few years, the idea of having club music from different parts of the world spoken about in the same way is hopefully the new normal. “House and techno are only a part of club music,” asserts Tash LC. “We’re now realising that it goes so far beyond that.”