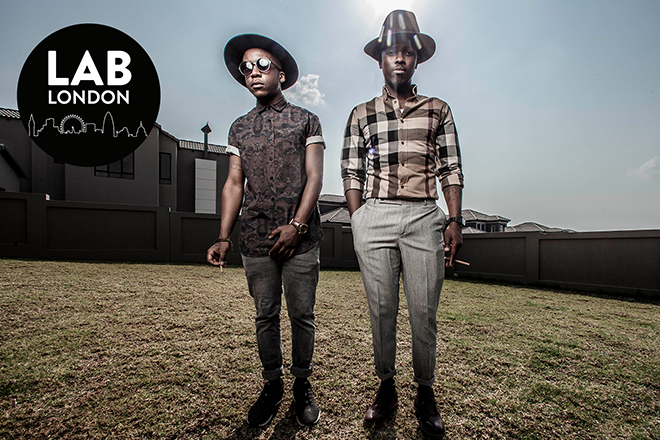 This Friday we’re honoured to have Black Motion treating us to the house sound of South Africa with their award-wining live show.

Robert “DJ Murda” and Thabo “Smol” Mabogwane have been on a roll since first joining forces in 2010, working together on music defined by its complex rhythms and soulful instrumentation. They’ve put out a string of chart-topping singles and four studio albums, including 2015 effort ‘Fortune Teller’ which won the Best Dance Album gong at the South African Music Awards.

Next year the duo look set to continue killing it, with two singles lined up on Defected. The renowned imprint recently marked its 500th release with Dennis Ferrer’s ‘Bubbletop’, and Black Motion will play the 500 party at Ministry of Sound on November 5.

Before that they’ll be bringing their impressive live setup to our office, performing with native drums, rototoms, timbales, cymbals and snares for a uniquely stunning Lab set. It kicks off at 5pm BST and you can tune in live over on our Facebook page or re-watch below.