Doubling your capacity from year one to year two is an exceptional leap for a festival. But when the week-long Kala, Albania’s first international festival, debuted last year, the obvious strength of its line-up - which included Detroit heroes like Moodymann and Underground Resistance, alongside an array of international stars from Peggy Gou to Jan Schulte - was followed post-event by stories that paid tribute to its home in the tiny village of Dhërmi: an Adriatic Coast location where unspoilt, sun-beaten beaches lead down to clear blue seas, and music is played on palm-tree flanked stages surrounded by spectacular views of mountains.

With around 2,500 undertaking the literal rites of passage this year - a plane to Corfu, a ferry to Albania, then a coach to the site, booze and banter filling the inevitable gaps and delays - the line-up was greatly expanded, boasting all kinds of intriguing promises, from extended five hours sets from big names such as Derrick May and Hunee through to younger up-and-coming artists including Iona and Danielle. 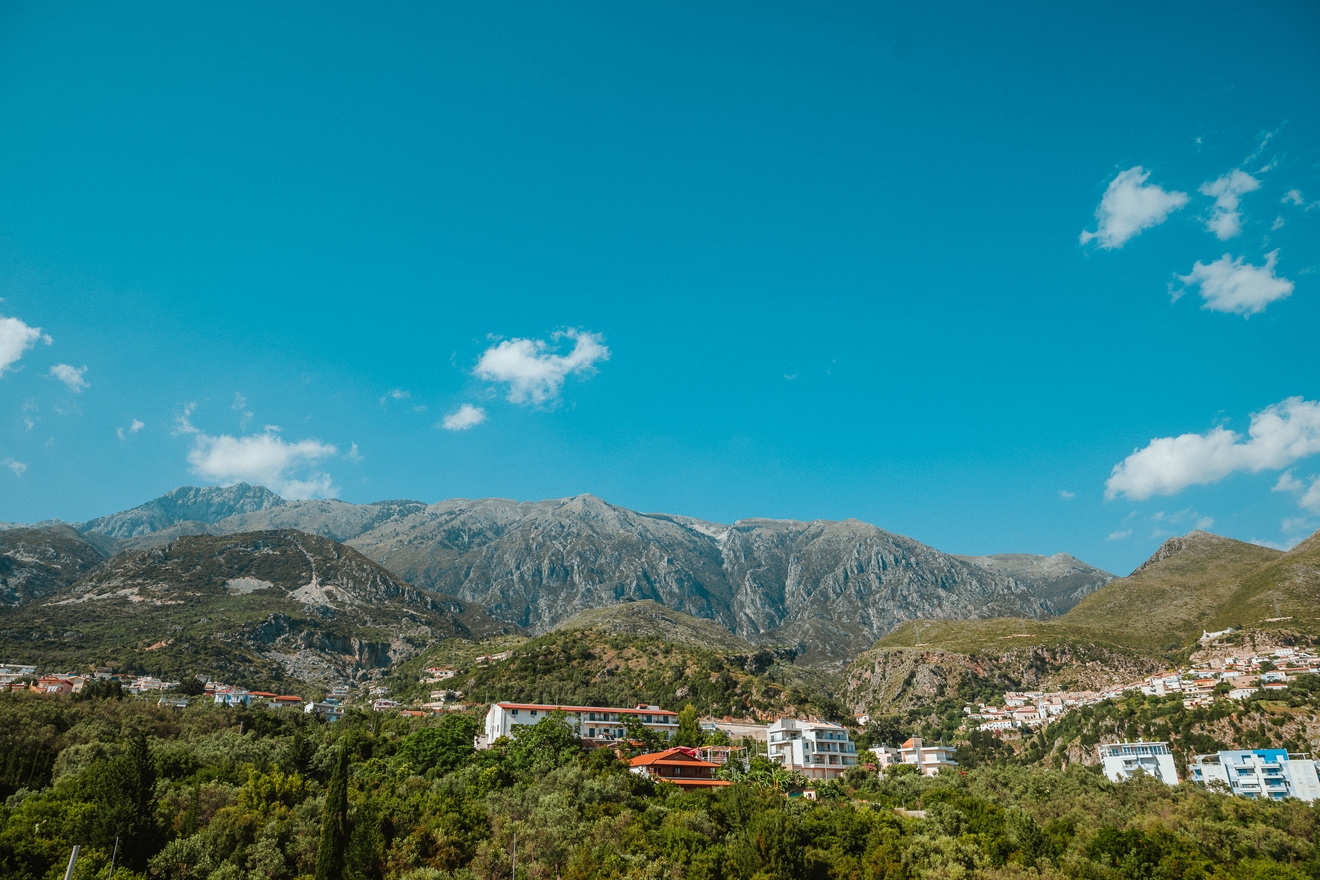 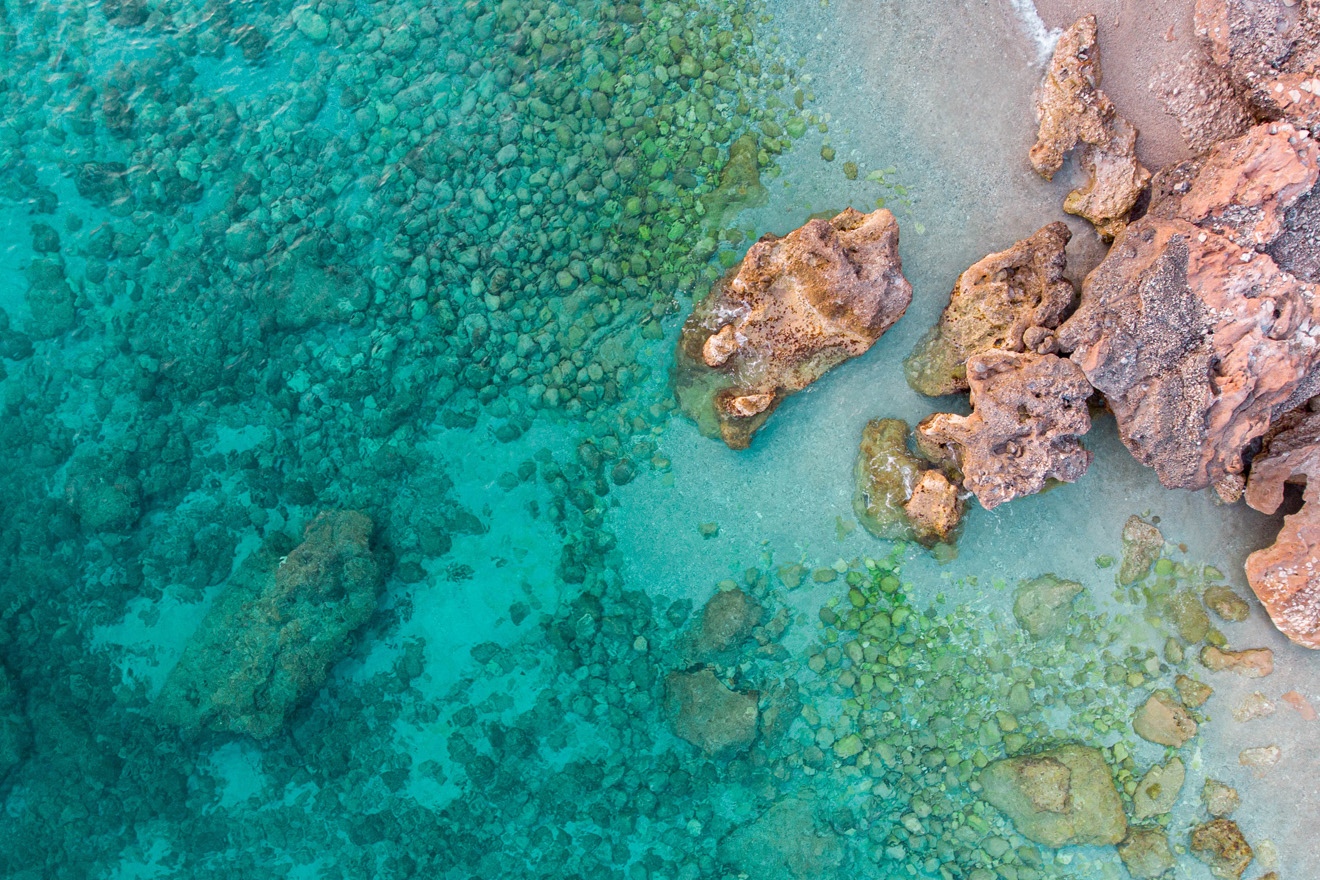 Arriving late on Wednesday night, first impressions support Kala’s reputation. Part pier, part stage, Yacht Club, a bar during the day, stands above the sea on wooden struts allowing you to gaze down into the illuminated sea below. Adjoining stage The Cove is even more impressive. A beach hollowed out into the cliff face, the DJ booth looks out to sea, just a few metres away. Here a few hundred people are working their calf muscles on the stoney incline as Psychemagik ease in new arrivals with up-beat, familiarly friendly chuggers, the synth line to Fatima Yamaha ‘What’s A Girl To Do?’ floating magically through the air.

Finishing at 4am to encourage a sensible opening night, Splendor - another beach during the day, with raised wooden decking and a DJ booth swathed in the festival’s foliage-heavy decor for dancing at night - provides one of various spots to deal with the mid-thirties daytime heat, sun shades and swims essential to keep cool.

The sea at Kala deserves headline billing: warm, clear and ever inviting, it offers the opportunity for jumping into from various rocks, pedalo rides, kayaking and trips to The Secret Beach and Gjipe, remotes spots further along the coast in either direction where daytime parties take place on various days.

A celebration of World Unknown’s Tenth Anniversary kicks off Thursday night as Andy Blake, Jane Fitz and Jaye Ward set out with chugging disco, tech-house and the unmistakable wiggle of Syclops’ ‘Where’s Jason’s K’. It’s one in one out for a few hours, then mysteriously begins to thin. Making our way down to Splendor, Switzerland's Sassy J is spinning Kenlou’s percolating ‘Bounce’ with the broken beat of Seiji’s mix of Global Soul’s ‘Look Into Yourself’, but the floor here is also only half full.

Next to a five star hotel still in the process of being built, Empire is the largest of the stages, another beach dancefloor and stage, this time surrounded by elevated platforms. As lights flash across the face below there’s the spectacle of what looks like at least 2,000 people packed in for Honey Dijon. It’s the busiest moment we experience and she’s dropping the hits: Inner City’s ‘Big Fun’, Armand Van Helden’s ‘You Don’t Know Me’ and a blast of the unmistakable piano line from ‘Gypsy Woman’ blend into kick-heavy modern tech that’s heavily FXed. It’s the headline set of a current superstar at the peak of the zeitgeist. 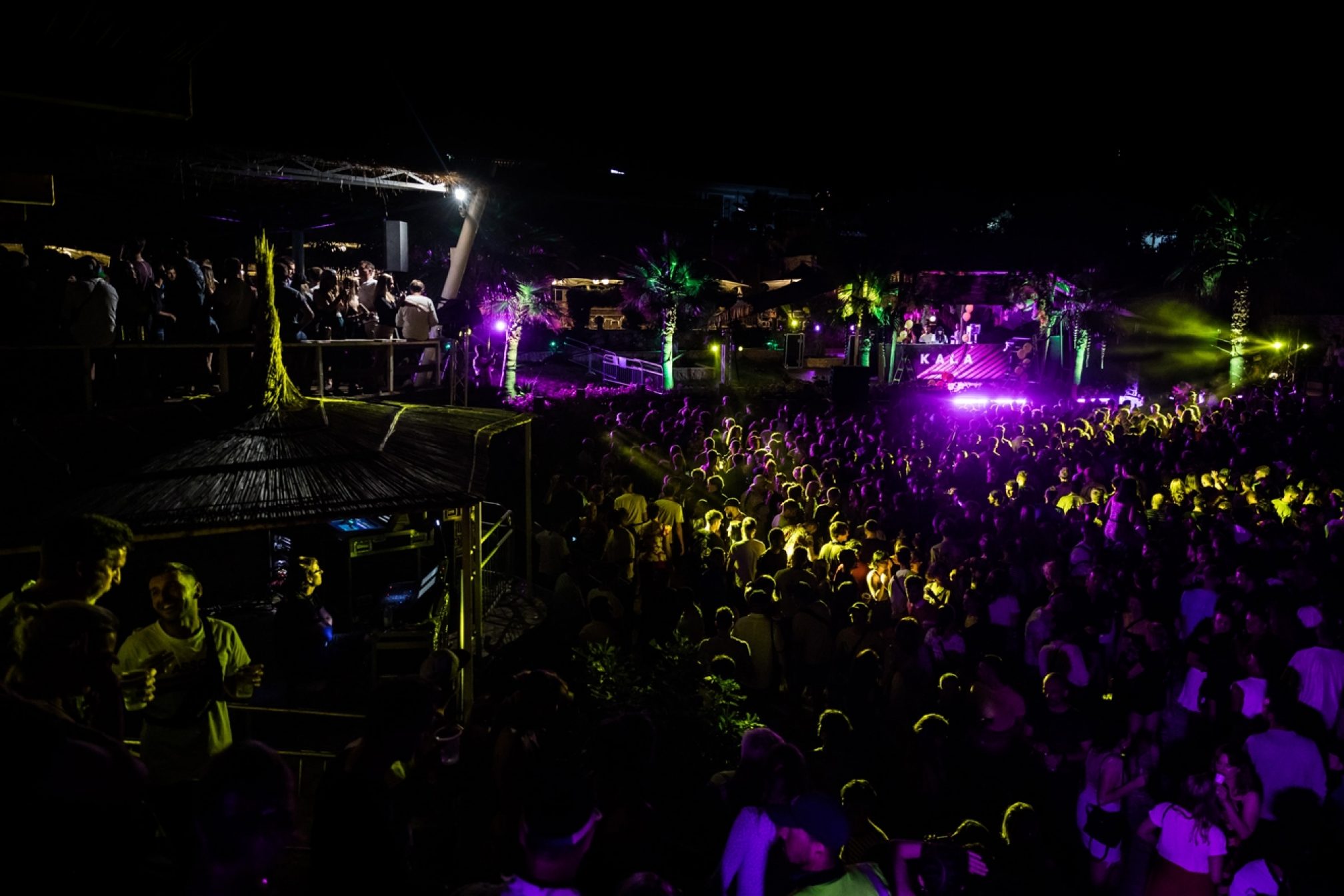 This is one side of Kala, but a trip to Gjipe the next day provides its contrast. A boat supposedly leaves every thirty minutes or so, but when the one in front of us sets off and promptly breaks down, an armada of speed boats eventually arrives. Within minutes we’re bumping across the sea at top speed, the driver blasting out reggaeton and Russian hip hop. It’s exciting, but soon eclipsed by Gjipe itself. With an expansive area to sunbathe, behind lies woodland where in a clearing the DJ booth is manned by Brian Not Brian. Easing into the afternoon heat with gems from Arthur Russell and Erasure, behind him is an imposing thirty metre or so high cliff. Even more impressive is the canyon, where we wander in welcome shade marvelling at trees and vegetation that’s somehow taken root and is growing from the walls.

At Splendor later in the cooler early morning air, Derrick May’s five-hour set is underway to a full crowd, The Skatt Brothers’ ‘Walk The Night’ and Phuture’s ‘Acid Trax’ revealing roots that stretch beyond Detroit. It’s a re-balancing apparent when we get to Boardwalk, Midland’s back to back with Job Jobse not quite matching the numbers of the previous night despite dropping a succession of happy house heaters including Eats Everything’s remake of Basement Jaxx’s ‘Fly Life’.

Work commitments make Saturday our finale, meaning we miss high profile guests from Theo Parrish to Peach the rest of the week, but it turns out to be our highlight. The fear before seeing Inner City, now a partnership between Kevin Saunderson, his son Dantiez and vocalist Steffanie Christi'an, is that this new dynamic has remodelled their sound for the Beatport generation. When we arrive at Broadwalk, the beach is also looking sparse. But as their 11pm start is delayed slightly, the crowd swells until there’s a second sea out front.

It turns out there is a techier hint, yet hits such as ‘Big Fun’, ‘Good Life’ and ‘Pennies From Heaven’ still sounds as up-liftingly positive and exhilarating as ever. Steffanie Christi'an also proves a sensation, ably taking on Paris Gray’s huge vocals and prowling the stage with a coiled energy and captivating presence. 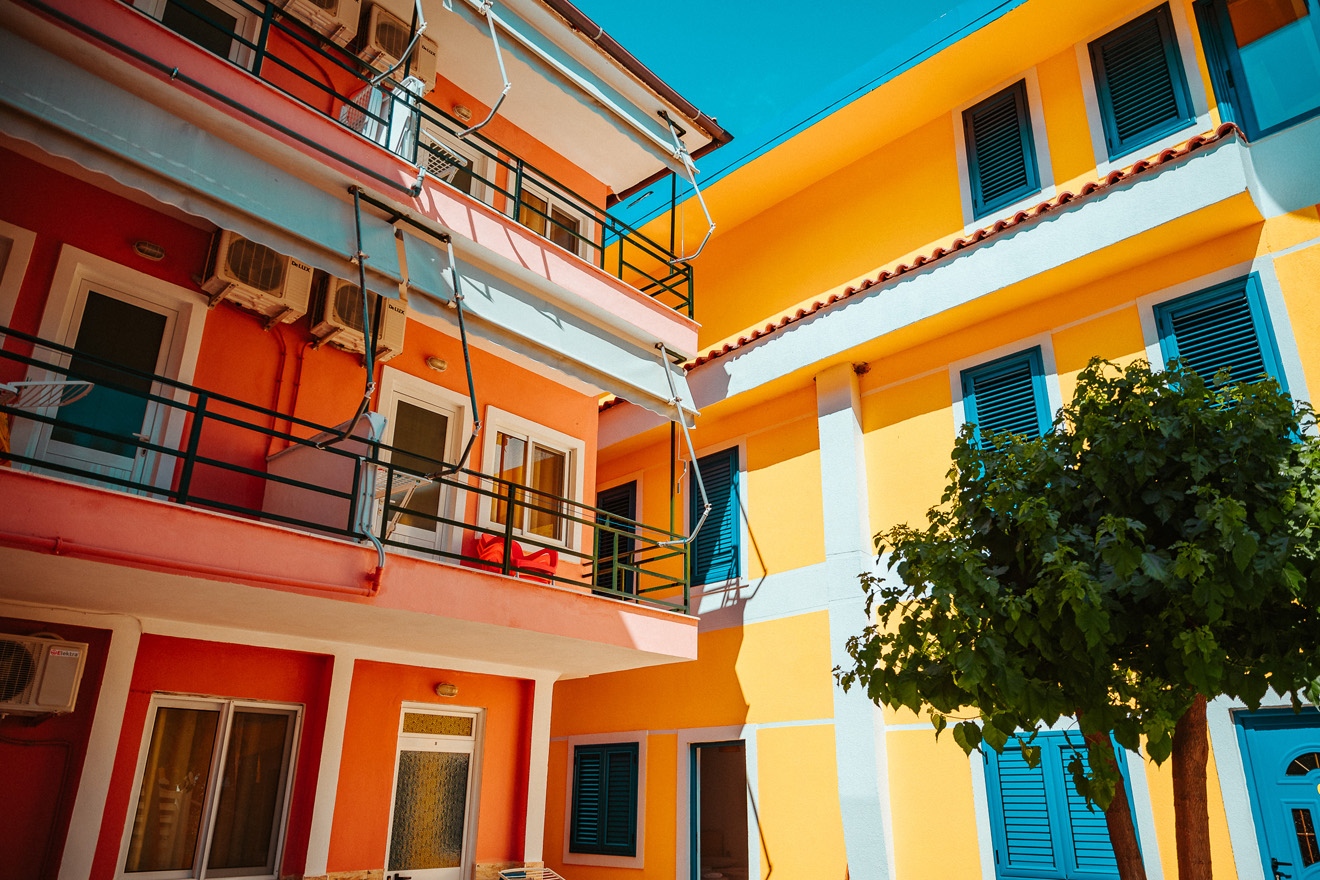 Thanks to an early Sunday transfer, our final stop is supposed to be the Yacht Club to see Josey Rebelle, closing it out till 4am. Sliding through eras and genres, 808 bangers rub shoulders with bleep classics, a jazz-breaks track forms a huge moment, The Bucketheads’ ‘The Bomb’ builds and builds, then just as it’s about to drop she cut into a filthy breaks tune helmed by The Ragga Twins. A succession of garage classics is saved for last, before she ends on a stripped-down club track, the perfect un-anthemic anthem.

This is Kala though, and we don’t want to say goodbye just yet. The sun has already risen above the sea illuminating Splendor when we catch the end of CC:DISCO!’s set (now online in its full glory), George Harrison’s ‘My Sweet Lord’ capturing the feeling of elation around us. Sitting on a sun lounger with friends, The Pilotwings take us on till 7am with neo-trance and other lush sounds dissolving in the bright morning light.

As mentioned last year, there are still some teething problems at Kala. When we arrive the one cash machine on site is broken, and although it bills itself as cashless, wristbands can only be used to buy alcohol, not food. A press conference we attend with the team behind the festival and the country's Minister Of Tourism And The Environment show these issues are being addressed at the highest level. It’s a privilege that Kala exists here, but it’s also working to expand businesses in Albania to create an infrastructure fully geared up for an event of this size. These kinds of tweaks are easy to fix: the beauty of Dhërmi isn’t possible to replicate anywhere else.