The opera isn't for everyone. Whether it’s something as traditional and esoteric as Philip Glass' Akhnaten or groundbreaking as The Who's rock saga Tommy, an “opera” makes one think of acting, scenery, costume, and sometimes dance or ballet.

This is not that.

Armed with their uncompromising sound, aesthetic and vision, French electronic duo Justice have chosen to take the idea of an “opera” and spin it into something refreshing and bold.

The new film Iris: A Space Opera by Justice, which opened in select theaters around the globe last week, is just that. Directed by André Chemetoff and Armand Beraud, it is a dignified adaptation of the band's 'Woman Worldwide' live show that toured throughout 2017 and 2018. With no theatrics and storyline, it is less of an opera and more of a concert film set in the void.

Gaspard Augé and Xavier de Rosnay of Justice made their first silver screen debut over a decade ago with A Cross The Universe - a gritty documentary directed by Romain Gavras that follows the duo through their 2008 North American tour. The film is packed with intimate footage of the band's personal experiences on the road, capturing their extreme rockstar form and their crowd's explosive energy firsthand. Iris is the polar opposite, but radical in its own way.

While the one-hour film is a recounting of a live show seen by millions of people around the world, it features no audience. "At first I found it a bit frustrating because what I love about Justice's shows is the public's energy," says Ed Banger Records' head honcho Busy P in a behind-the-scenes special about the film. He goes on to refer to it as "a contemplative tableau more than the narration of a concert."

He’s completely correct. With no real narrative or elements of humanity, we lose a bit of what makes Justice… well, Justice. The film lives in the abstract and excludes the cult personalities that live behind the music. It’s a bit of a letdown if the viewer is expecting more, but once this arresting feature gets rolling, its creative power beings to fall into place.

Both Gaspard and Xavier explain that the choice to remove the crowd from the equation was a decision they landed on after much trial and error. For years, Justice has been recording their shows in an attempt to produce a live film, but with each attempt, they found that the audience's ceaseless enthusiasm for their music distracts from the cinematic experience they've been trying to create. A Cross The Universe, in fact, was a documentary rescued from a failed attempt at this. 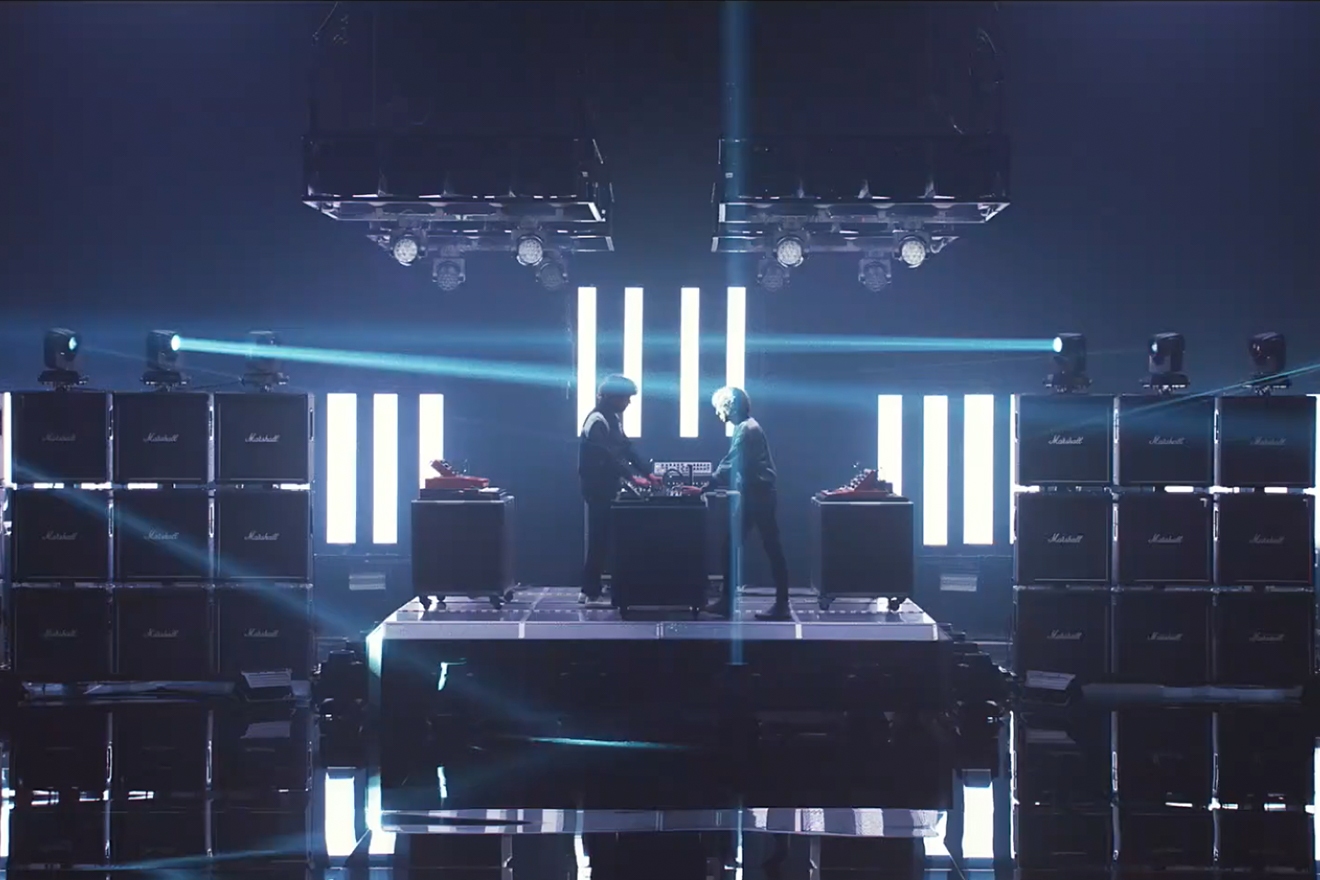 Shot in a controlled environment over two days, Justice's new “space opera” takes the strength and form of their show and places it in a space that appears infinite and transparent. Created through the use of mirrors, warm light rigs, rotating LED panels and reflective black slabs for flooring, the set’s atmosphere allows a whole new, spectral essence to take hold of their music.

Flanked by their signature Marshall amp stacks, the movie opens with the dramatic choir of 'Safe And Sound' that briefly takes us into their universe before breaking off into a sci-fi inspired title sequence. Using long and soft shots that meander throughout the seemingly endless expanse, Justice brings the gusto of their live LP 'Women Worldwide' into full view with composure and calm deliberation.

The choreography between the sound, jaw-dropping lighting design and camera work (much of which was improvised) is sensory magnetism. Their arrangement of synths and machines emulate a spaceship's command center blasting through the cosmos. From the liftoff of 'Genesis' to the planetary display for 'Pleasure x Newjack x Civilization' and the foreboding red aura of 'Stress', the set begins to reveal a loose space drama of light and sound that can be interpreted any which way. 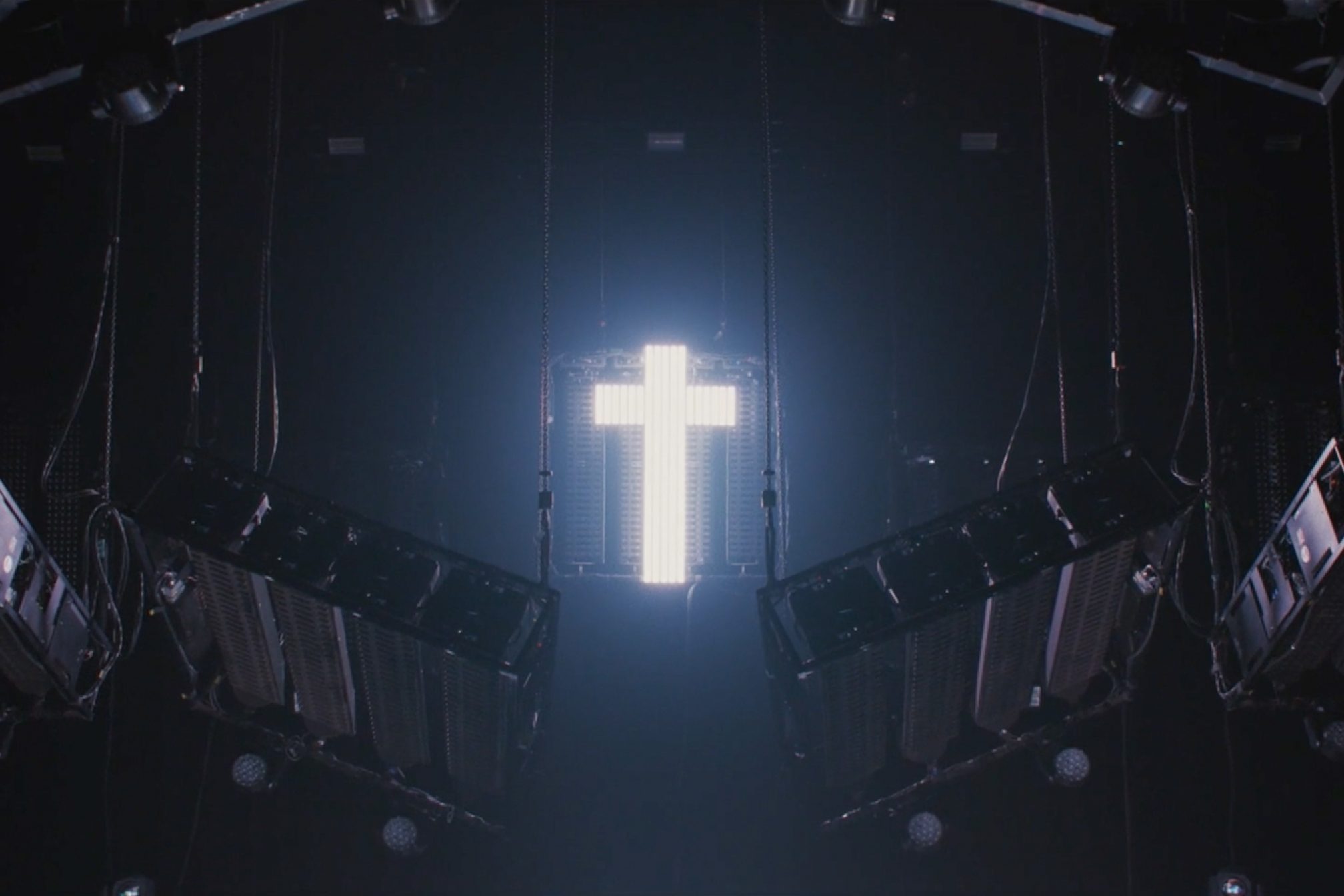 Justice's mastery over their setup is apparent, but can only be seen from afar. The film felt like a perfect opportunity to give their fans an up-close and personal view of their performance method and by choosing to keep the shots rotating and distant, misses out on a great opportunity. It leaves a desire to see what is happening behind the brilliant facade of luminescence and zoom into the actual instrumentation that is occurring on screen. From start to finish, Gaspard and Xavier’s arrangement, process and report with one-another remain mysterious.

A Cross The Universe gave us an unadulterated look into the globally renowned duo's nature. It was raw, messy, rich, unpredictable, sexy and hair-raising at times, leaving you hungry for the show that packs stadiums and provokes bad behavior. While its a unique and elegantly crafted work of art, Iris: A Space Opera does not have this same effect on the viewer. Rather, it inspires a new understanding of the arrangements that these hit machines continue to crank out time and time again. By keeping it devoid of exterior madness and zeroing in on how utterly spectacular their productions are, the film triumphs in giving the Justice experience a thorough and deserved examination. 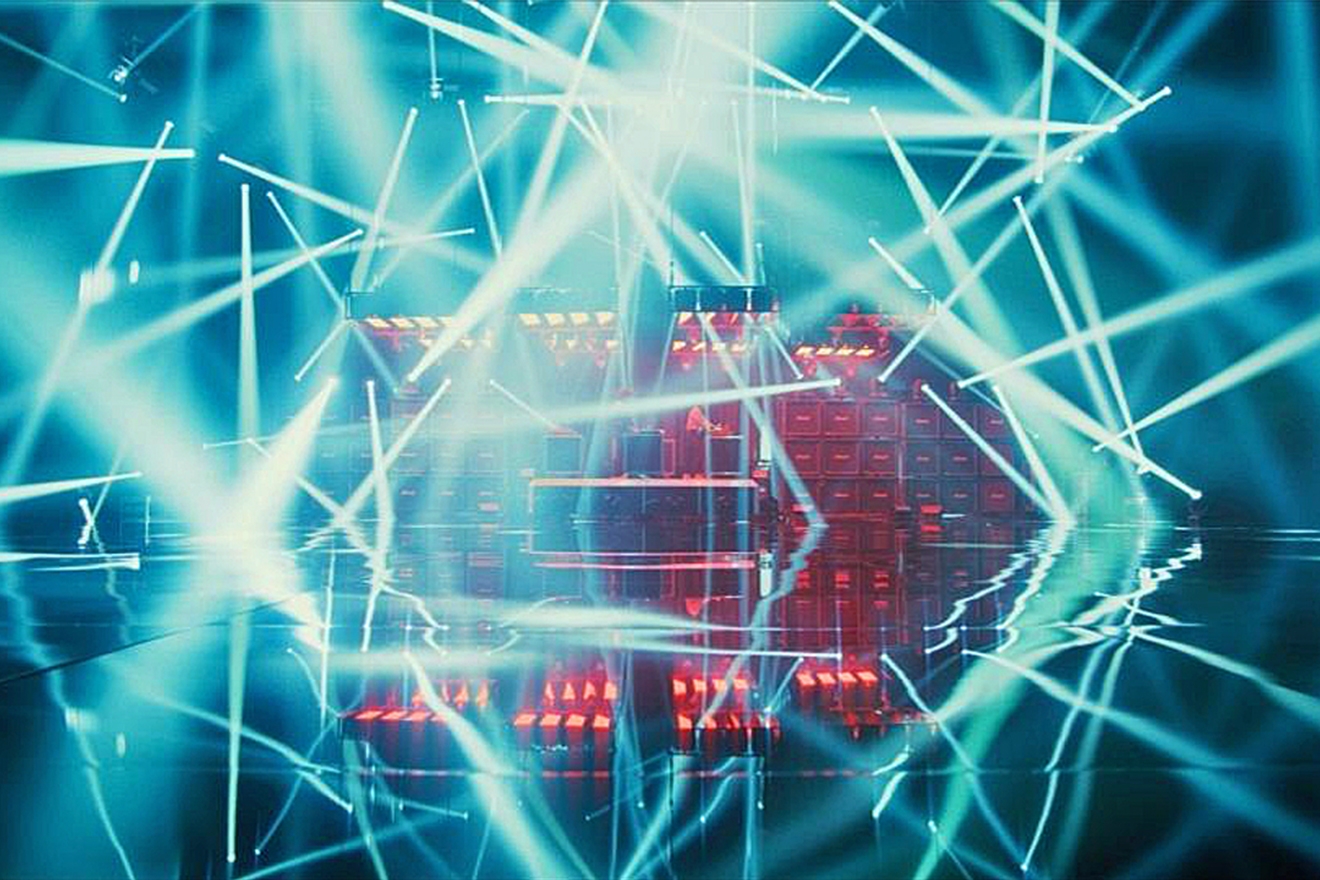 The film seems to have been created with the hope of attracting a new fanbase. On this front, it falls flat. It is a movie FOR Justice fans who have lived and breathed their catalog for the past 15 years. If that’s you, you’re in for a real treat. If not, best to table the experience and pin your hopes to a chance to see them live first.

There is only one way to watch this movie. LOUD and on a BIG SCREEN. Justice fans - hit the cinema for this one, you're not going to regret it.

Find tickets for a screening near you by going here

Justice: The Return
Justice scoop the Grammy for best dance/electronic album
Justice share graphic video for their single 'Love SOS'
Get the best of Mixmag direct to your Facebook DMs