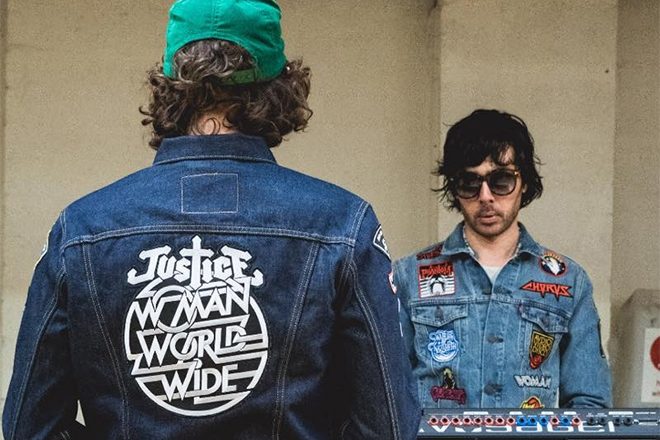 Justice have released a brutal music video for their single Love SOS.

Directed by previous collaborator Edouard Salier, the cinematic video shows the story of a bodybuilder dancing in a nightclub before taking a graphic turn.

Speaking about the project, Salier said, “Xavier and Gaspard wanted ‘Love SOS’ to be sexy, strange and brutal. The song is sweaty and weeping; the visuals needed to illustrate this and to be as beautiful as they are disturbing."

He continues "I wanted the spectator of the video to find themselves in the same voyeuristic position as the audience attending the show: first, to find ourselves fascinated by the performance of the pole dance, then surprised and hypnotised by its outcome.”

The single is part of the French electro pair’s recently released album Woman Worldwide, which featured reworked versions of the duo’s songs based on the live iterations.

Justice continue a lengthy world tour, with dates in the US in October.