Idris Elba: "The musical part of my life is really liberating at the moment" - Artists - Mixmag
Home Latest News Menu

As people shuffle their way through the snaking access barriers that lead into Coachella’s Yuma Tent - the illustrious festival’s growing house and techno haven - one reveler turns to the other. “You mean like the movie star? That’s who we are seeing?” Her friends nod and begin to explain before reaching the entrance to the full-toned dance arena. Tale Of Us are wrapping and our new selector plays out a Will Clarke remix of one of his latest singles, ‘Badman’. It's almost though he's introducing himself through the sonics. This badman is about to throw down.

Celebrities trying their hand at DJing has become a growing trend among Hollywood A-listers, athletes, reality stars and pop icons in recent years. People like Paris Hilton, Shaquille O'Neal, Elijah Wood, Michelle Rodriguez, Kristian Nairn (Hodor from Game Of Thrones), Jon Gosselin and Pauly D have all been known to try their hand behind the decks. It's a practice that has been met with a mixed reaction amongst clubland loyalists, many of whom scoff at these stardom selectors who manage to secure headlining slots at festivals and clubs simply because their names carry weight in pop culture.

Enter Idris Elba, the versatile and popular British actor most well known for his starring roles in hit shows and films like HBO's The Wire, Luther, The Mountain Between Us, Beasts of No Nation, Star Trek Beyond, a whole host of Marvel films and many more. In addition to his hefty acting career, he made the Time 100 list of the "Most Influential People in the World" in 2016 and named "Sexiest Man Alive" by People in 2018. On top of all that, he’s a talented and experienced DJ. 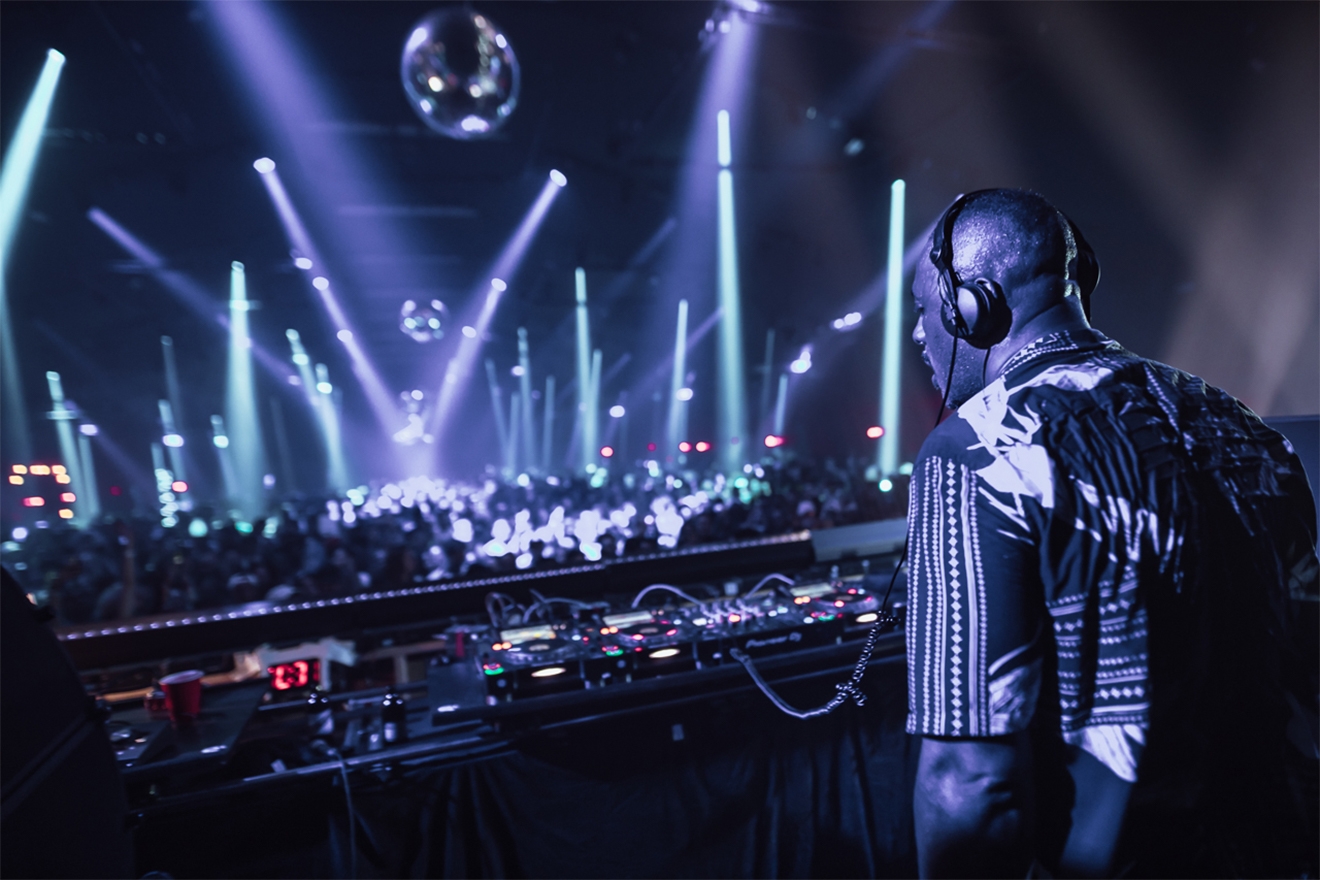 It came as a shock to many to see Idris Elba's name appear on the line-up for Coachella 2019. Arguably the most famous annual music festival in the world, it's fair to think that those unfamiliar with his musical chops were likely to be bothered and confused by the billing. But for those who have managed to attend one of his sets during the past decade, it's apparent that referring to Elba as just another "celebrity DJ" is entirely unsuited. He's an artist of his own volition with deep clubland roots and a sharp ear to boot who has aimed to perfect mastery over the dancefloor for most of his natural life.

“It's a gift and a curse," Idris tells Mixmag while discussing how his celebrity status affects his musical ambitions. "I remember thinking back in the day, I should have a DJ name so people don’t know who I am and just live off the talent. But it just felt like a lot of work to do that and pretend that I’m DJ X when I'm really just Idris. People can either take it or leave it but I've been on the circuit, especially in Europe, for a good seven years now, and I've just gone as Idris. So you know, there was a lot of skepticism in the early days: from promoters, DJ's, and even clubbers. But once they caught my vibe, I just slowly knocked on doors and those doors have started to open up.”

Unlike many of his celebrity counterparts, Idris Elba has been active in dance music for a long time. At 14 years old in 1986, he started to cut his teeth behind the decks when helping out with his uncle's wedding DJ business while performing under the moniker Little Driis. By 19, he outgrew his moniker (both figuratively and literally) and started regularly playing club nights as Big Driis around his native London and in New York City.

After landing his life-changing role as Stringer Bell on HBO's The Wire in 2002, his DJ career was forced to take a backseat. Despite his rising profile and busy filming schedule, Idris's musical ambitions continued to grow and still does to this day. Whether it’s spitting bars alongside Wiley and Skepta, singing or creating albums that tell the story of his character roles from the silver screen, Idris has always made studio time a top priority. 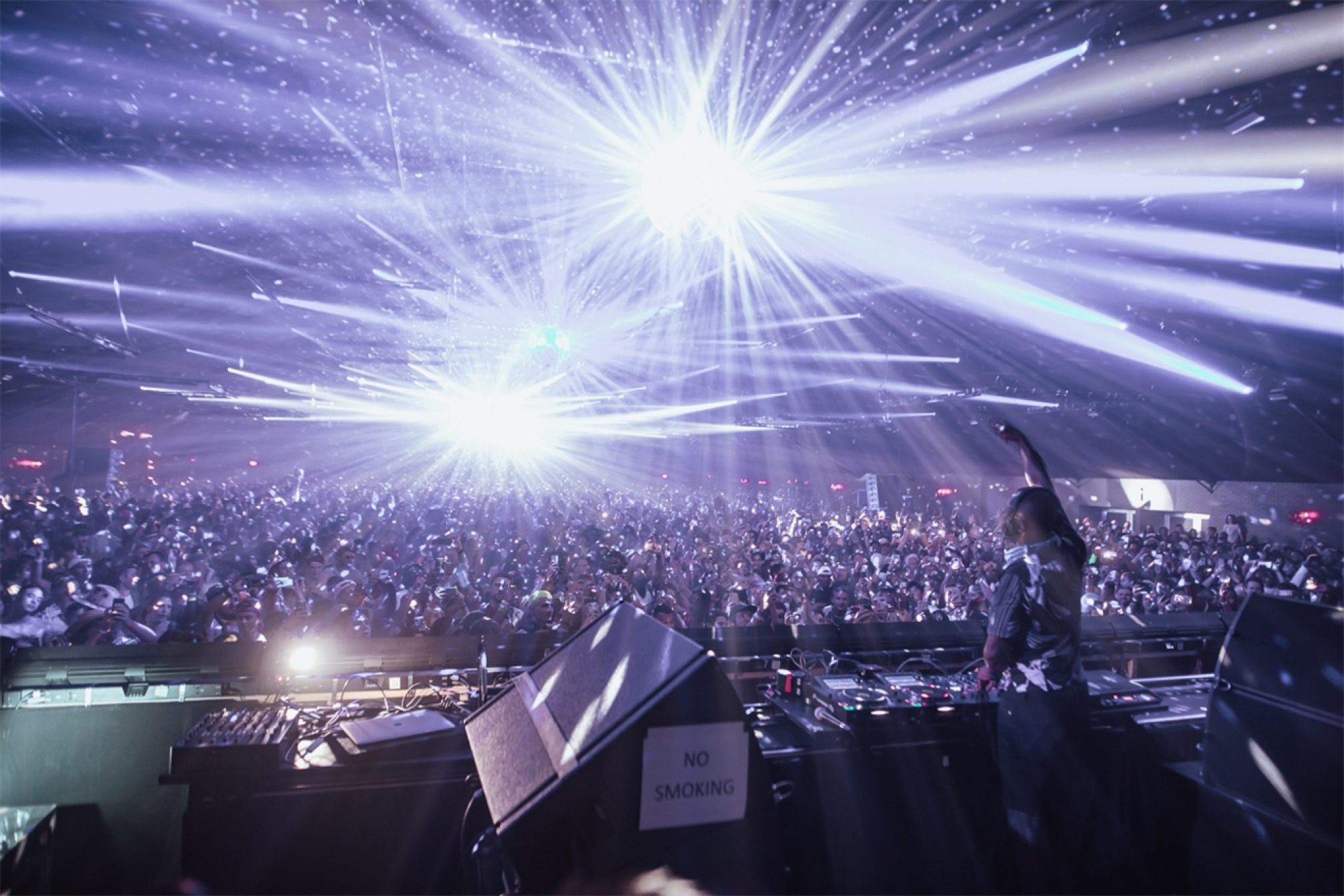 "I'm finding that musical part of my life is really liberating at the moment... in a way that's very different from the acting,” says Idris. "As an actor, I'm in a position where I get to work with the best people and I get to choose what I do. As a DJ, I'm emergent but I try to apply the same sort of ideology and work ethic to it. The world of house music is a close-knit community of amazing talent, DJ's and artists and I'm not here just taking a piss at it because I'm an actor. I enjoy the genre, I really admire the people that I play with and I treat it with as much respect and integrity as I do my acting."

According to Idris, the two industries he pours his efforts into rarely cross paths. While many of his acting peers are well versed in a wide variety of music genres, their connection to clubland culture and the underground pales in comparison to Idris' long-standing passion for its sounds. "My friends in the acting world don't really know too much about me in the DJ world," he explains. "They're by no means house specialists but they do love the music and come out to hear me spin. Most of them tend to gravitate towards hip hop, like Jonah Hill for example. Just before this meeting, Jonah and I were really dissecting the state of hip hop at the moment. He's like a complete hip hop purist. I'm okay with embracing the newer sound. I mean like trap, I like a lot of the new stuff but I’m also more passionate about golden-era hip hop." 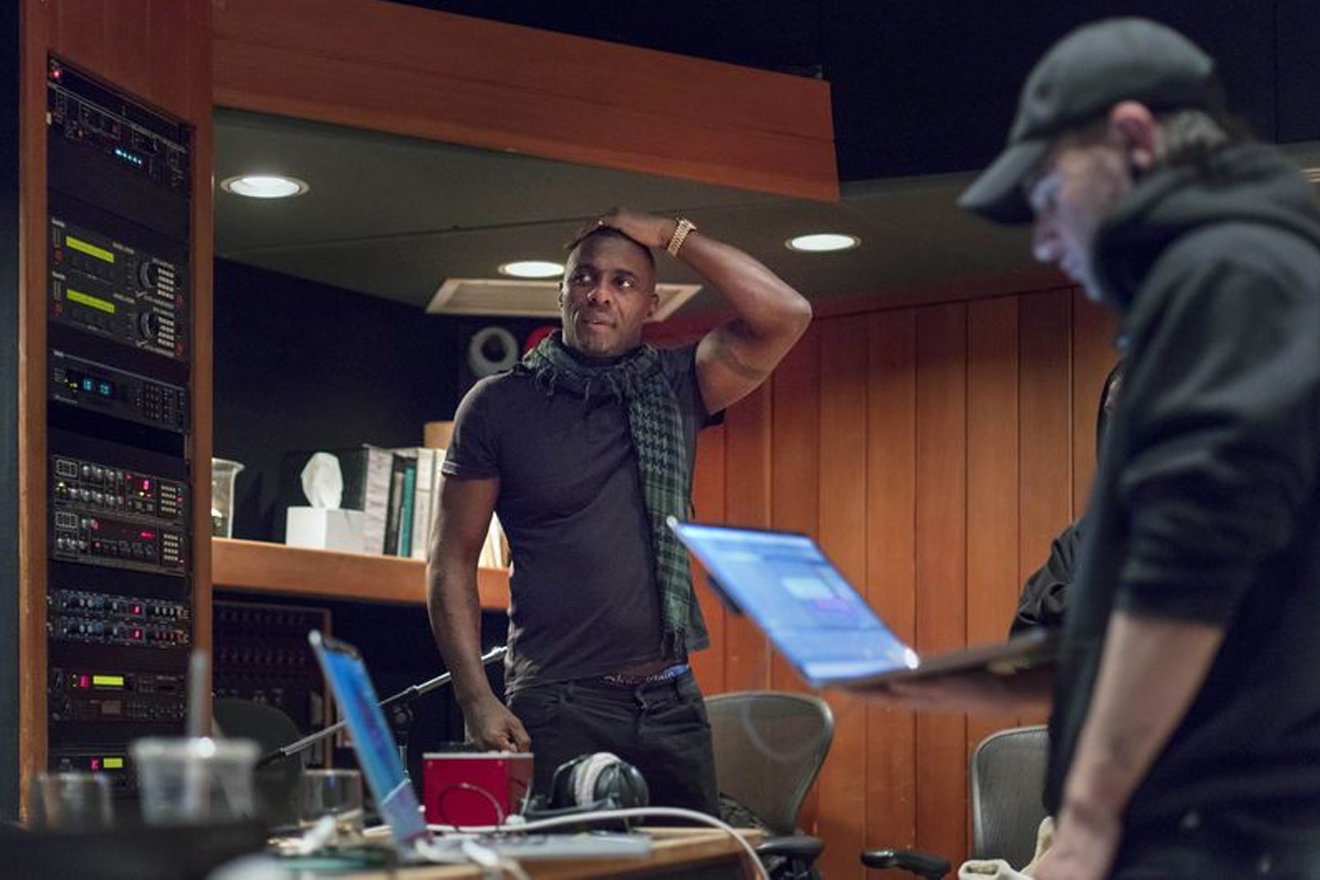 Before his appearance at Coachella, Idris had proven his credibility as a DJ with appearances at Snowbombing, Ibiza Rocks, Glastonbury and of course, The Mixmag Lab. Recently, he has added label owner to his long list of titles following the launch of his 7Wallace imprint last year. On top of releasing naughty tech house slammers like GWAP and Gene Farris' 'Aphrodisiac' and his own 'Badman' single, Idris has created Jamaican dancehall and African-inspired shakers alongside talents such as James BKS, Shakka, Ebenezer, Tanika and Kranium.

It's Idris Elba's latest single 'Ballie', which features the marvelous Nigerian MC Kah-Lo, that shows off the renaissance man's tech house ingenuity and keenness towards big room bangers. “The tune was like this demo that I put together in my head and I wrote out the vocals for it," Idris explains. "Kah-Lo’s name came up and I thought because of the cadence of her slow, Nigerian and house-like sound, I hoped that she could murk this record. I sent her the reference with my vocals on it, and the next day she went to the studio and killed it. It was great.”

The track's live debut at his Coachella performance was a formidable moment during his set, alongside big tunes like Martin Ikin's 'Ultra Violet' and the House of Virus remix of Inner City's 'Big Fun'. On the worlds' biggest music stage, performing alongside world-class DJ acts such as Adriatique, Stephan Bodzin and Deep Dish, Idris Elba held his own.

This weekend, Idris Elba will be performing at his very first EDC in Las Vegas and has recently announced a brand new weekly residency at Hi Ibiza this summer with David Guetta, who will be performing under his new underground pseudonym, Jack Black. "It's a step in the right direction for me and I'm really excited about some of the artists I've been connecting with recently," says Idris. "I'm just putting this out there, but I really want to find a way to work with the Dirtybird crew. I just met Justin Martin and he was super kind to me. I think those lot are sick."

Last year, we had Idris Elba recount the time he tried to break into the UK garage inner circle. Check out the video below.