It happens right on cue every year. Yet when summer sun surrenders to autumnal grey in New York, it’s always a bit jarring: a pang of loss paired with a vague sense of discombobulation. Just a day earlier, the city was a steamy, sweaty concrete jungle, perfect for bared flesh and frozen cocktails. This evening, it’s suddenly cool, a briskness more suited to woolly jumpers and hot toddies, the occasional misty shower only adding insult to injury.

The weather has the crowd outside Bushwick’s massive open-air clubbing complex, the Brooklyn Mirage, a bit concerned. “I’m not ready for this!” and “What the hell?” are common refrains. Still, everyone is in good spirits – after all, despite the weather it’s still outdoor party season. And tonight’s affair, a bash hosted by the Tale Of Us–helmed Afterlife label, is one of the most anticipated of the year.

Inside the jam-packed venue, there’s enough body heat wafting from the massive throng to keep everyone nice and toasty. Hoodies are shed, revealing T-shirts in various shades of black, broken up by only the occasional burst of post–Burning Man luminosity. But everyone is in a bright mood. They’re here for Tale Of Us’s headlining session, of course– but a quick, informal Mixmag poll reveals that they’re equally revved up for a two-hour set from the Zurich-based Adrian Shala and Adrian Schweizer, together known as Adriatique. Which is hardly surprising: the duo have become semi-regulars on the Gotham circuit over the past few years, building a legion of fans with their rock-solid, four-to-the-floor sets. 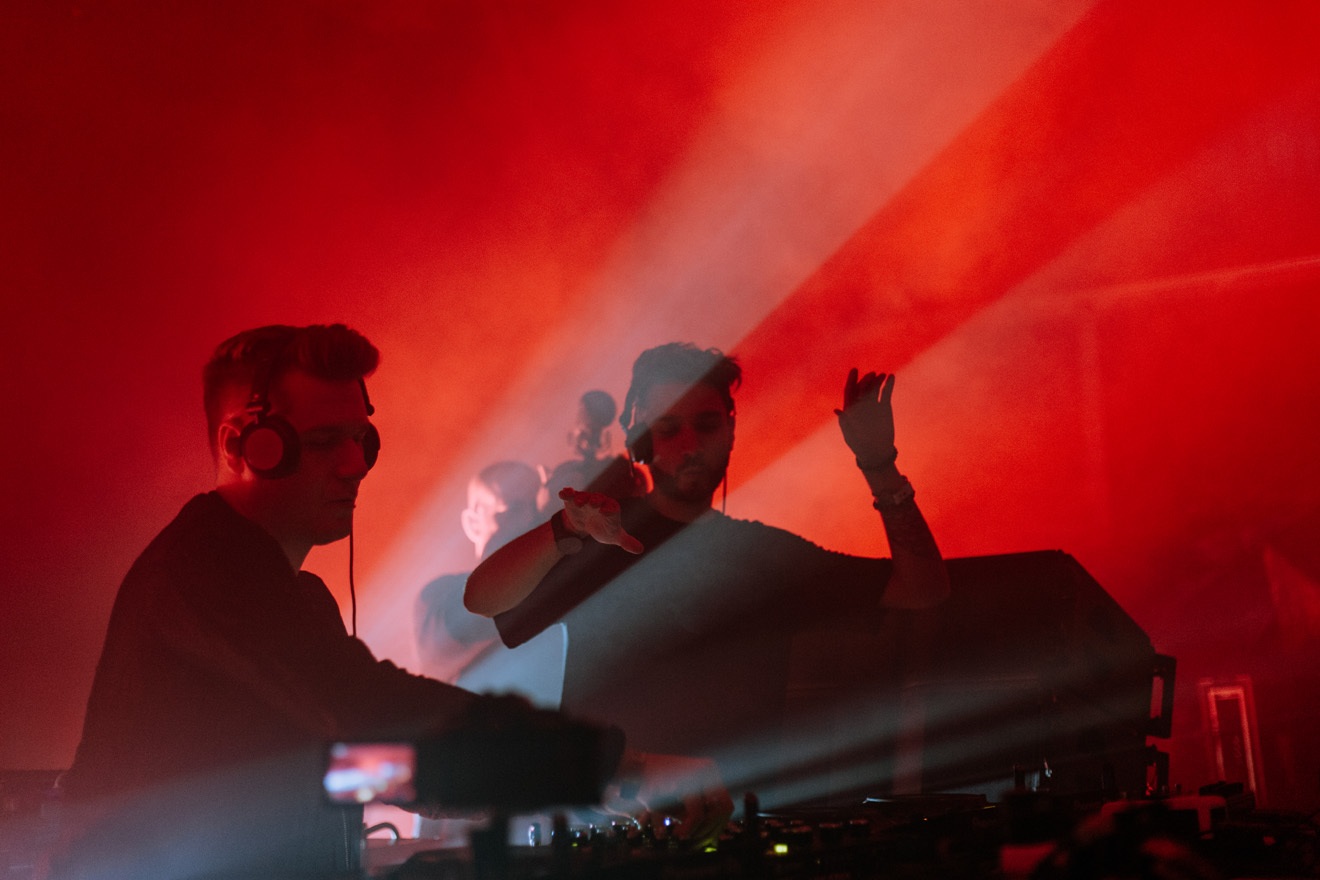 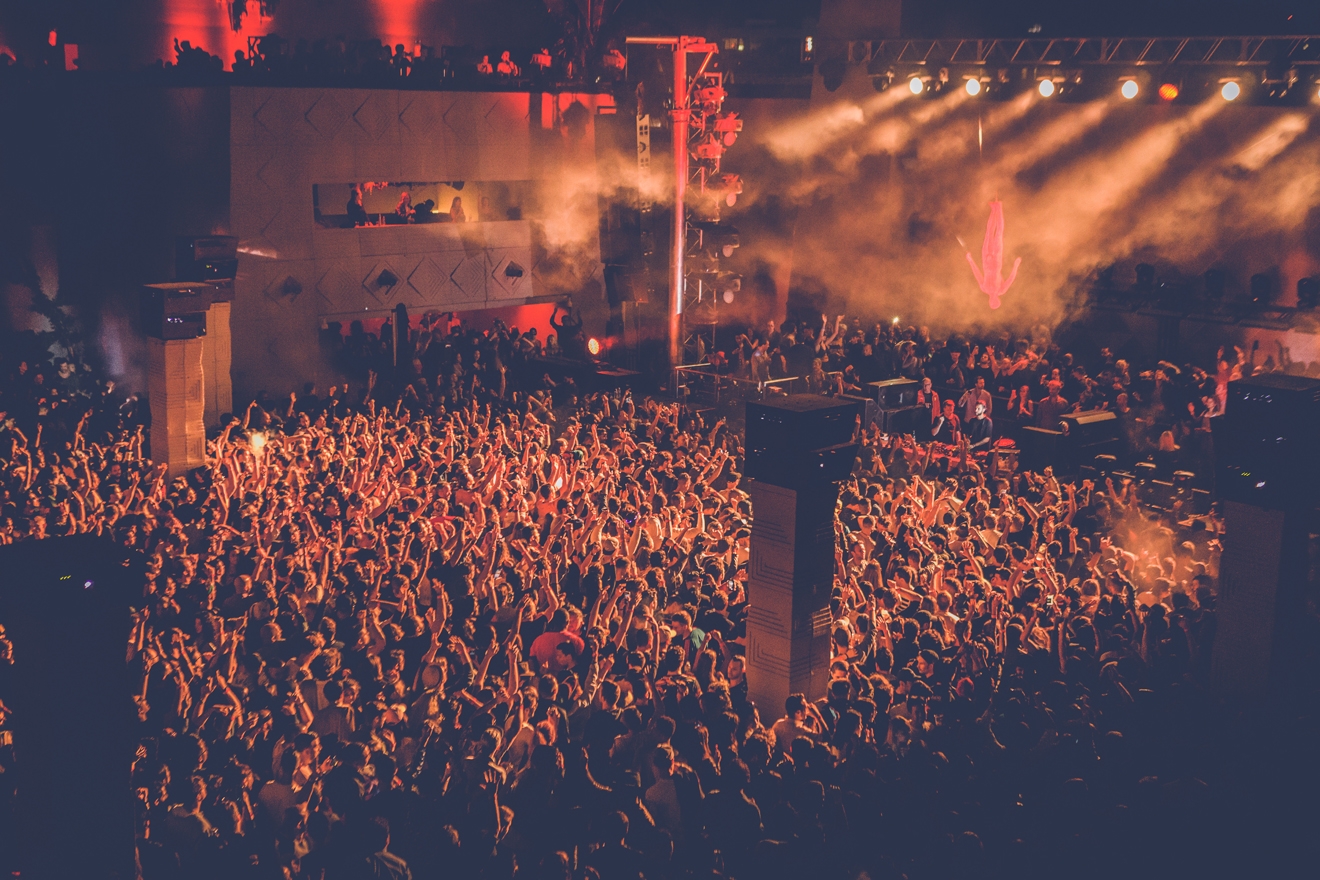 But tonight, within minutes of their set’s start, something seems different, bigger, grander. Playing on a simple set-up, nothing more than four CDJs,a mixer and a pair of effects boxes, a tag-teaming Shala and Schweizer – also dressed all in black – determinedly augment their techno rhythms with ambient spaciousness, trance-tinged grandeur, sumptuous tech-funk and more, playing with the kind of courage that comes from knowing that you have a few thousand in the palm of your hand. Over the course of two hours, the duo circulates through styles as varied as the jittery techno of Cobblestone Jazz’s ‘India In Me’, the low-slung breaks in Maceo Plex’s remix of Maribou State’s ‘Nervous Tics’ and the sighing delicacy of Hector Toledo’s take on Craft Intergrated’s ‘Atolla’. The set culminates in a dramatically stirring passage that takes in &Me’s aqueous ‘As Above So Below’ and Adriatique’s own recently released ‘Voices From The Dawn’ and ‘Ray’, the latter coming in a lushly orchestrated new adaptation that underscores its graceful romanticism.

Positioned at the set’s finale, the song plays like a mission statement, as if Shala and Schweizer are turning the page on one chapter of the Adriatique story and embarking on another. And perhaps they are. That new version, unreleased at the time of the Brooklyn Mirage gig, is from Shala and Schweizer’s debut long-player ‘Nude’ – and the album marks a huge step in the pair’s sound. An ambitious collection of tracks, released on Afterlife, that somehow feels both intimate and lofty, personal and universal. They haven’t neglected the moody four-to-the-floor material that’s got them to where they are, but the LP contains some of the most textured, sonically varied, rhythmically complex, and expressive music they’ve come up with yet. The nervous energy of the title track, the into-the-unknown upliftof the Jono McCleery-voiced ‘Mystery’, the stuttering momentum of ‘Pancromatic’ and the near-Gothic passion of ‘Tachykardia’, featuring Berlin songstress Delhia de France’s haunting wails: they all add up to an album ready-made for fans of emotion-drenched, eloquently melodic electronica.

Two days later, when Mixmag meets up with Shala (the dark-haired, gregarious one, aged 32) and Schweizer (the blond, cautious one, 30) at their Williamsburg hotel, the weather has deteriorated yet further, feeling more like a blustery, damp November than the final days of summer. Still, the pair, both still in all-black ensembles, are in good spirits, relieved by the reception that greeted ‘Ray’ and a handful of other as-of-gig-time unreleased tracks from the album. “I still get really nervous when we DJ anyway, but I was even more nervous playing those album tracks in front of a crowd,” Schweizer confesses.

“You can see that not everybody is happy when you do something like play a classical version of a new track,” Shala continues. “Especially when it’s 2am, when it’s peak time for everybody – a few people were just standing and looking at us! But most people seemed to like it.” 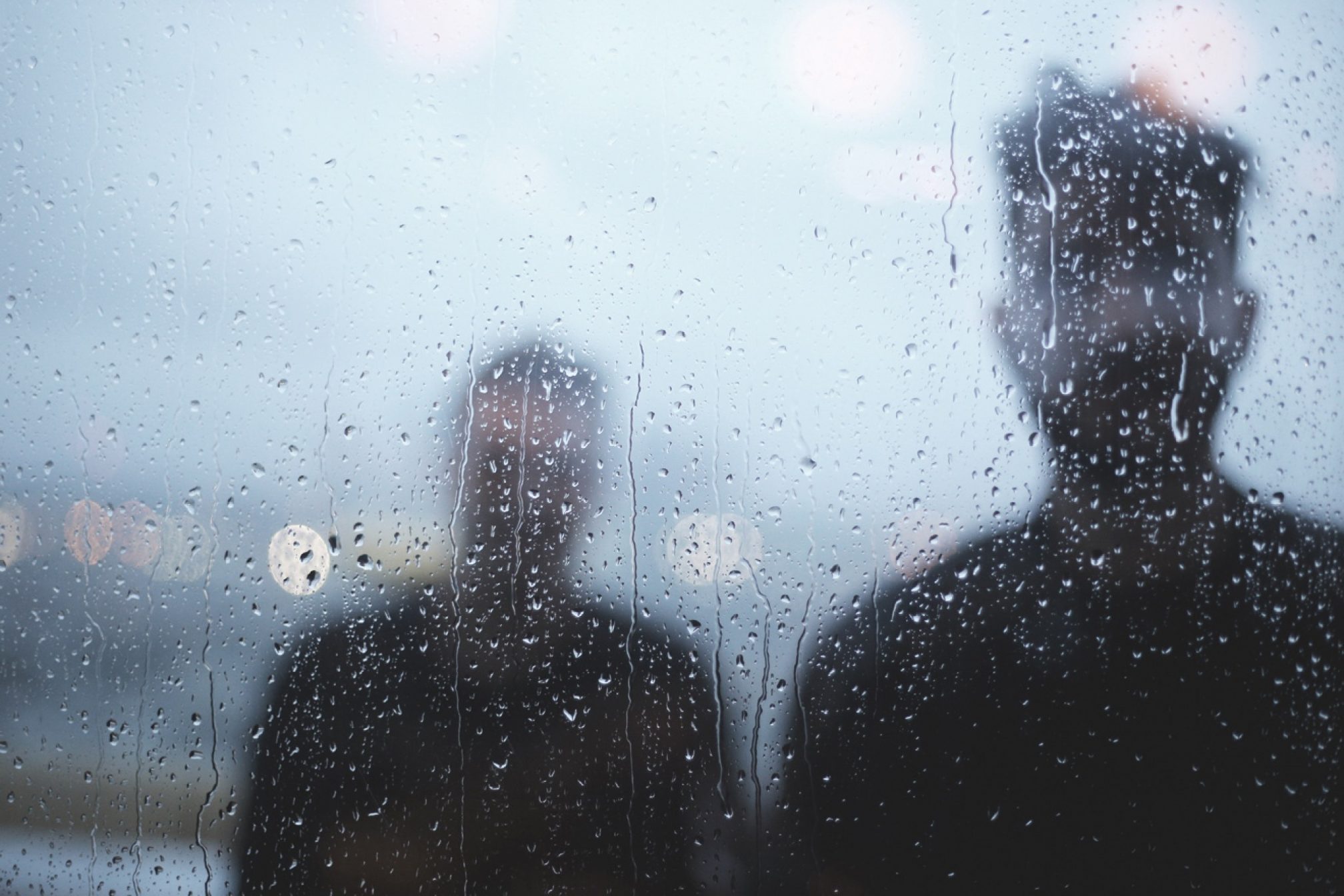 ‘Nude,’ which is geared as much to headphone introspection as it is to clubland revelry, marks a major turning point for the duo. “It’s new territory,” Shala says. “It doesn’t mean we’re going to start playing downtempo sets now,” Schweizer adds, “but we’ve always wanted to release music with different rhythms, different textures, different arrangements… music that was maybe a bit away from the club, maybe more for listening than dancing. And now that we have done it, it feels like a really big step for us, maybe our biggest.”

That’s true, and ‘Nude’ seems likely to elevate the pair into the realm of festival headliners. But it builds on a series of smaller steps, which, in Adriatique’s case, have often come about through a series of partnerships and alliances with both individuals and crews. First, obviously, is the coalition between Shala and Schweizer themselves. They both caught the dance music bug at an early age, Schweizer via his older sister and Shala through a cousin, and both were spinning at parties and clubs while still in their teens. “I was really into American house,” Shala says, “and he was way more into music was more electronic, tech-ish and minimal.” They met up on the local DJ circuit (Switzerland, southern Germany and western Austria) in 2008, and quickly made the decision to start working together.

The new duo’s recorded debut came when Berlin’s OFF Recordings included ‘En Route’ on the ‘Collected Works 4’ compilation in 2010. A simple house throbber, it was certainly effective but only gave the barest of hints of the rich, inventive music to come. “It took us a while to find our sound,” Shala admits – but the track was good enough to strike up another partnership with another young producer, Charles Thiemann (aka Thyladomid), who also had a track on the comp. “We locked ourselves into a studio, smoking cigarettes, eating sandwiches, making music,” Schweizer says, “and we came out with ‘Deep In The Three.’”

The tune was essentially a riff on Canadian singer-songwriter Feist’s ‘Honey Honey’ – “kind an edit, or at most a remix,’ Shala concedes – but with its off-kilter, otherworldly vibe, it caught the ear of Diynamic head honcho Solomun. “I played that tune a lot,” he says – and he released it in 2011 on Diynamic sublabel 2DIY4 once the rights were cleared. “Their talent was obvious.”

One of the hits of that summer, it filled Adriatique with a new-found confidence. “We were still beginners in terms of producing,” Shala says. “But that track changed something. We began to think that maybe it was really going to happen for us.” 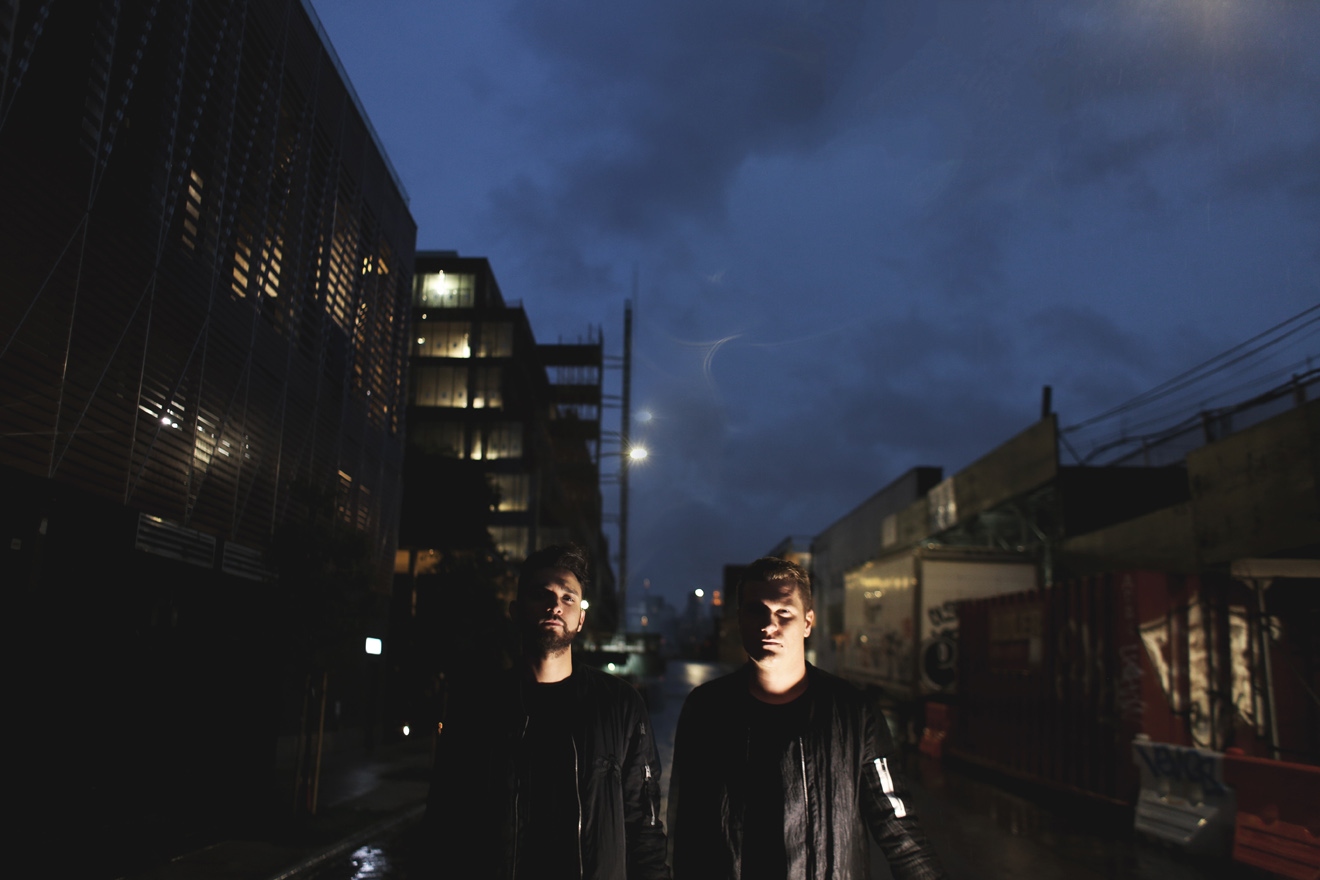 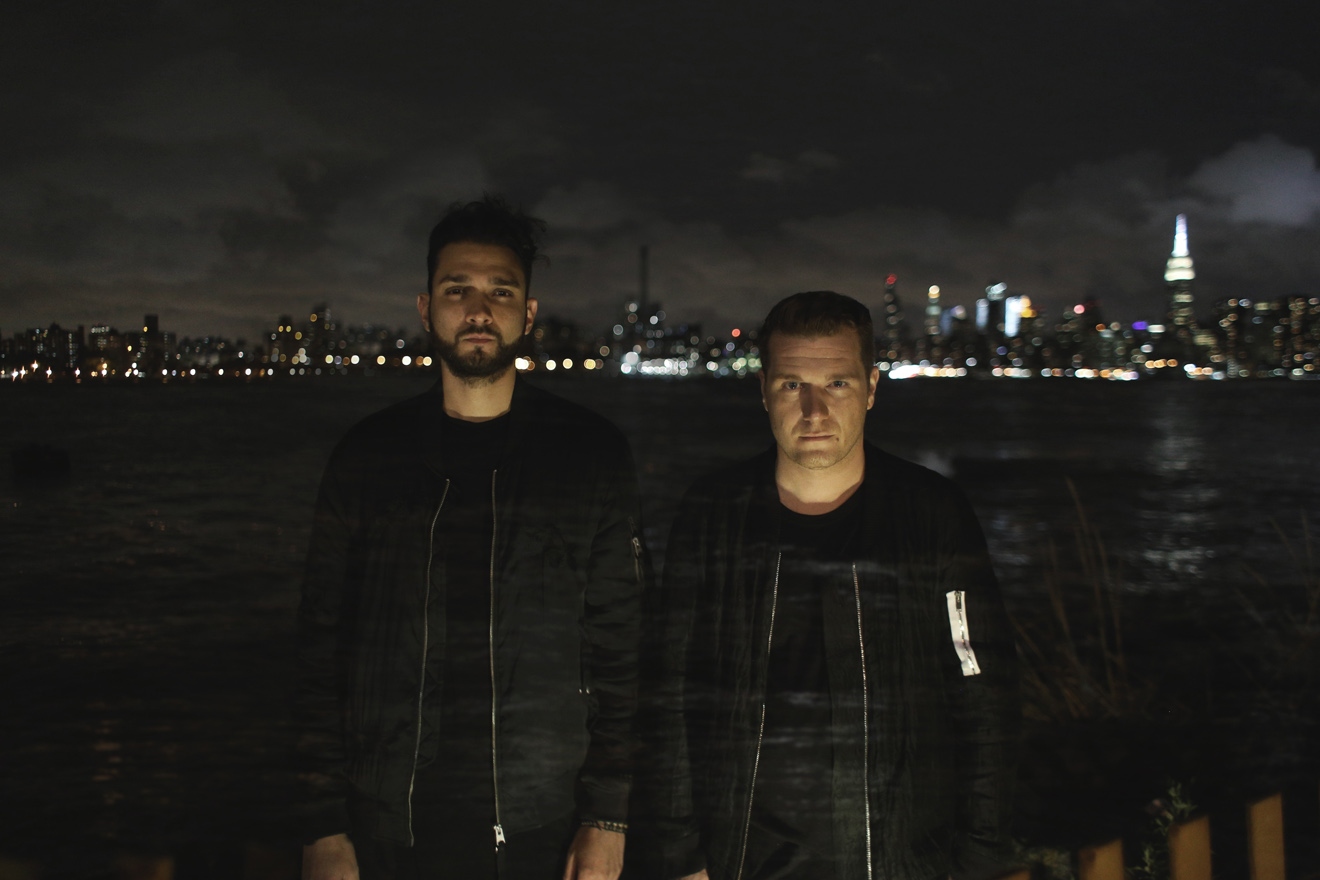 That autumn, Adriatique played a Diynamic label party at Berlin’s BerMuDa festival. “It felt like a test,” Shala says; “almost like a job interview, really.” The pair aced it, apparently; Solomun himself showed up at 11am at an afterparty that they were playing. “And he was actually dancing to our music!” Schweizer exclaims, still thrilled by the moment. “That night was really the first sign that Diynamic really wanted to work with us,” Shala continues. “And we are still working with them, playing with them and hanging out with them.”

More releases on Diynamic, as well as Culprit, Hive and Cityfox, followed – and in 2016 the two kicked off their own label, Siamese, with the release of their ‘Patterns Of Eternity’ EP. The emotive trio of cuts led directly to Adriatique’s next enduring partnership, this one with Afterlife. Having played a few gigs with Tale Of Us’s Matteo Milleri and Karm Conte, the connection between the two duos had already been made. They exchanged some of their unfinished tracks, including early versions of ‘Ray’ and ‘Voices From The Dawn’. “We got really great feedback from them,” Schweizer says. “The music we were making was now fitting in more with their sound. And at some point they said, ‘Why don’t you release those tracks as an EP with us?’”

Those two songs, along with the new album, feel like the climax of a long evolution, one that’s seen Adriatique’s sound progress from producing relatively straightforward club tracks towards something deeper, something imbued with the full range of feelings, and something ultimately more human. As Solomun puts it, “Evolution means that you are never too satisfied with what you are doing, and I think that Adriatique understood this from the first day they met.” According to Shala, ‘Nude’ is far from the final destination in their sound’s progression. “It’s more like bridge to that place, wherever that is,” he says.

When it came to ‘Nude’ it was yet another partnership, this one with fellow Diynamic artist Johannes Brecht, that helped to actualize those emotions. Credited as one of the album’s mixers, he also contributed to the production on some of the tracks. “When we were first producing the tracks, we were using samples,” Schweitzer explains. “They sounded great – but Johannes was like, ‘Guys, it’s your album! Let’s do this properly.’” They ended up rerecording their samples – percussion, bass, piano, and more – with live instrumentation. “That was really a game-changer,” he says. “It brought a lot of life to the tracks.”

But Shala and Schweizer’s most important relationship is the one with each other. “The major key to their success is their friendship, in my opinion,” Solomun says. The two live and work together in a shared space just outside of Zurich, an arrangement that could test any partnership. It helps that they have a division of labour – Shala handles most of the business end of things, while Schweitzer takes care of the nuts and bolts of the studio, though both, of course, contribute to the creative process – but still, after a decade, things can get tricky. “It does get more complicated as time goes on,” Shala admits. “That’s why you have to talk about everything. Every decision that we make, we make together. And we are still best friends.”

They’d better be. Having just come out of festival season, the pair have embarked on a months-long tour to promote ‘Nude’. After that, there are vague plans to work with other artists: there’s talk about eventually putting together some kind of live show. But first, Shala has something a bit simpler in mind, something that will definitely put a smile on the face of Adriatique’s long-time fans: “After working on this album for so long,” he says, “I’m really ready to make another club EP.”

‘Nude’ is out now on Afterlife Recordings