Worth the wait: DGTL Amsterdam is everything a festival should be — and more - Features - Mixmag
Home Latest News Menu

It’s been a long, arduous few years for the Dutch club and festival scene. But, with a few twists and turns along the way, summer 2022 lengthy lockdowns are looking less likely — instead, it's looking like months of unparalleled festival season joy are incoming. Welcoming back the first of many, Amsterdam’s DGTL Festival kicked off the season on Easter weekend as one of the first full-capacity events taking place since the pandemic first hit in 2020.

Flaunting a line-up suited for any major international showcase, DGTL’s eighth edition has jacked up its cache of selectors this year and expanded its stages — from the industrial indoor playground of Generator to the more setback, intimate Live Stage. On entry, pure euphoria flows through Dutch revellers like a bout of ecstasy. This isn’t just one for the DGTL history books, it also marks one of the first big events back on the NDSM Wharf, a former shipyard now reinvented into a sprawling creative location featuring bars, warehouses, and cultural spaces. As the sun beats down on the Dutch capital, it feels as if there's only one way to celebrate a series of milestones for the Amsterdam nightlife scene — a massive 48-hour party. 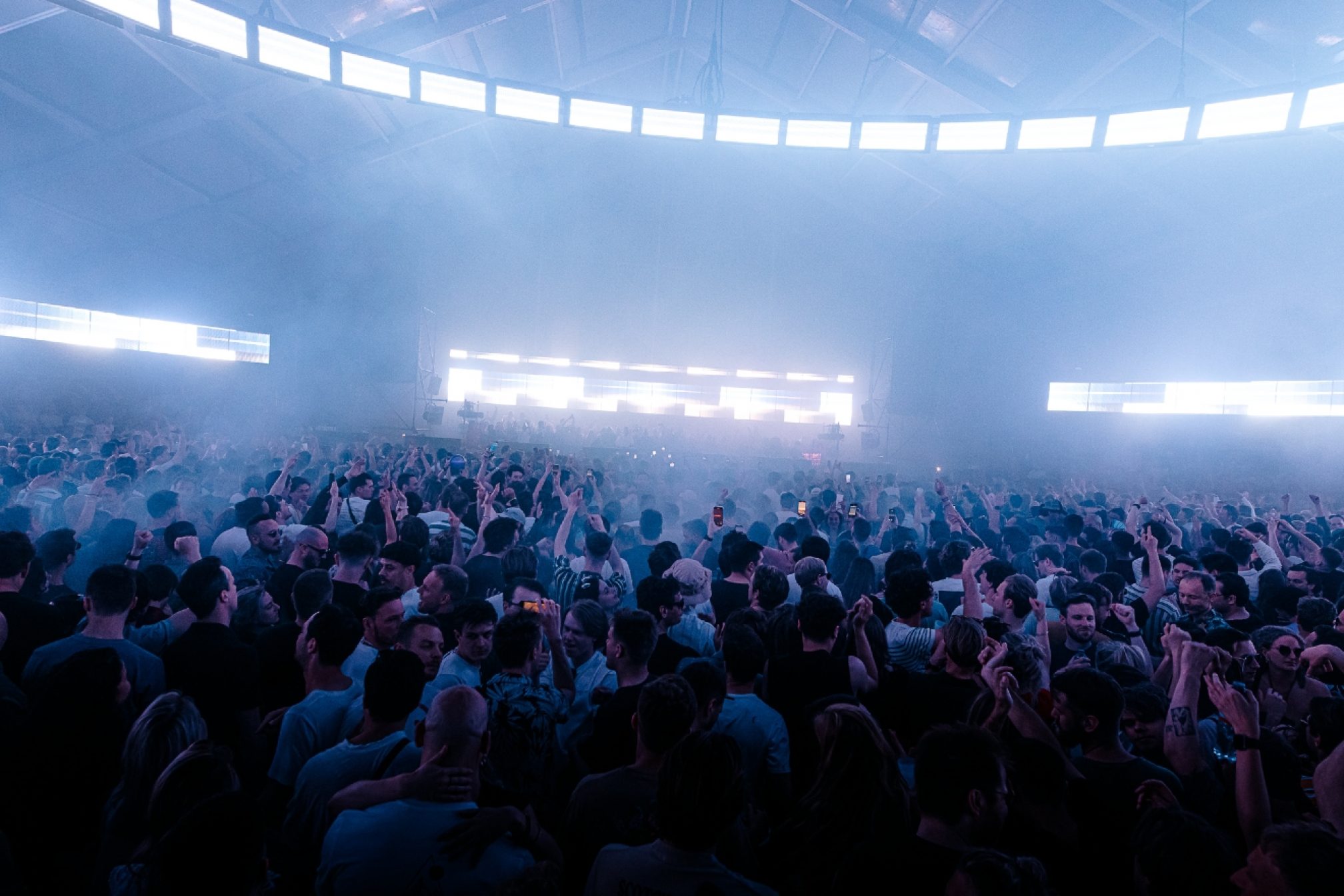 Over the years, it’s become easy to understand why DGTL waves the dance music flag and has been able to expand to places like Barcelona, Tel Aviv, and São Paulo — and it mostly comes down to its no-frills setup. With a simplistic approach to a major event such as this, every inch of the spotlight lands on its overflowing bill. This year’s line-up has no gaps in musical stylings, either, with everyone from Anz to India Jordan, LSDXOXO to Moodymann. By day, punters step back into normality under the sun-filled greenhouse stage of Frequency. It’s here where performances from accordingly fit artists such as the radiant Folamour to a beaming Bradley Zero kick off, while the room floods with orange-hued sunset. Set beside palm trees, Frequency is one for the disco and house lovers, if you’d be more inclined, while its sister stage of Amp just a few doors away sheds light on the more eclectic. 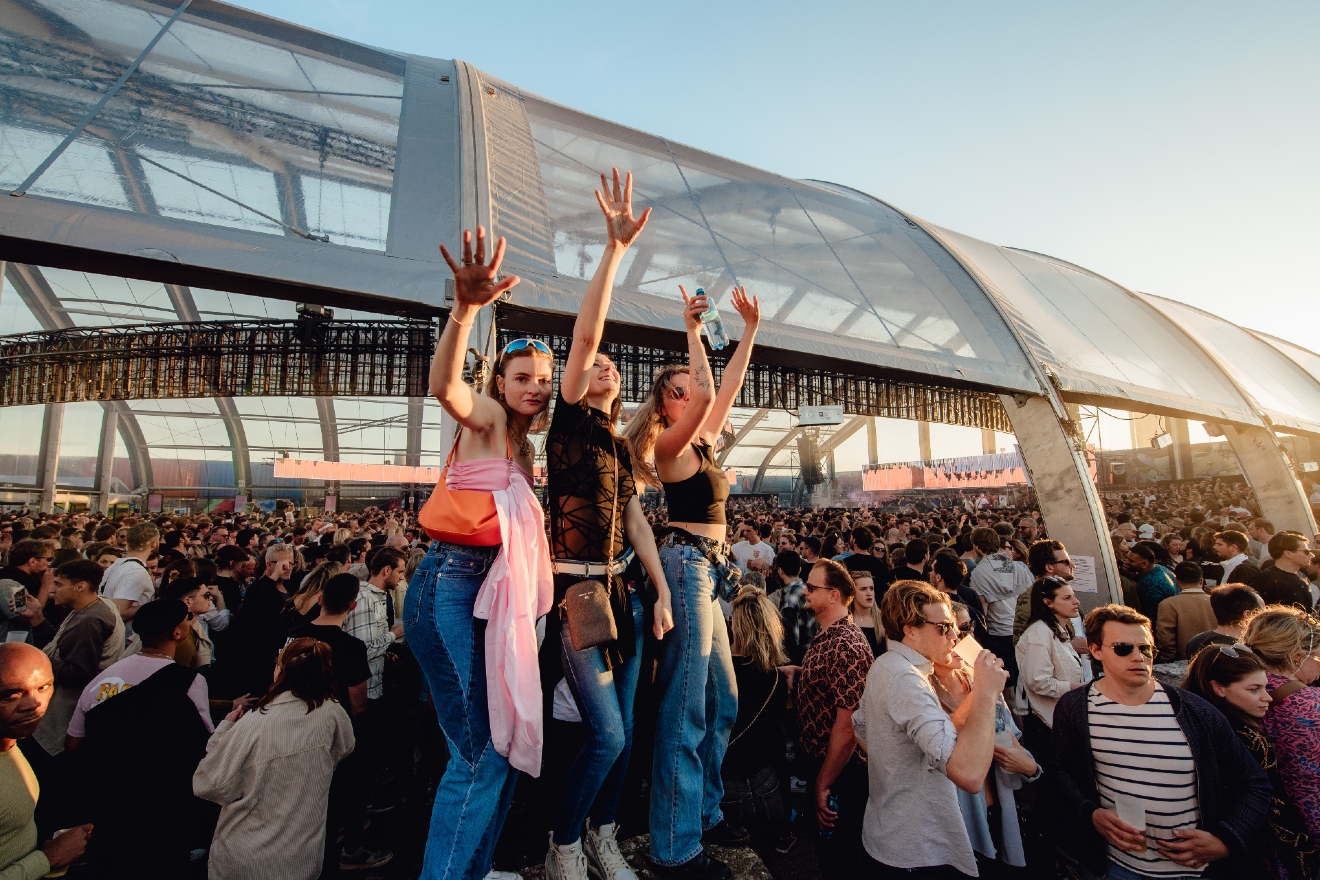 Over on the Amp stage, Saturday night reels in with American house legend Kerri Chandler. Half-improv keys, half-flawless disc jockeying, Kerri’s performance sets the tone for the weekend with a batch of uptempo classics. Meanwhile, Generator’s industrial warehouse space is bursting at the seams in preparation for headliner KI/KI. A Netherlands native, KI/KI’s entrancing techno set is the highlight of the weekend for most, particularly Dutch locals who have waited no longer than three years to hear her through a big soundsystem. “I’m so fucking excited for tonight, but also super nervous because this is my first time playing in the Netherlands for a while,” KI/KI tells us ahead of her set. “We’ve been closed for the longest time, there have been festival seasons in Belgium and Germany, but we haven’t had one here yet. We’ve been waiting three years for this,” she says.

Read this next: Pushing back: Women are dismantling the hardcore boys club

With a few blips down the line, the Netherlands officially reopened its nightclubs and large scale events in February after months of protests, petitions, and rallies, and DGTL just happens to be one of the lucky few to come first. Still, with the present on her mind, KI/KI’s excitement for the night ahead is clear. “This was my first ever festival, I always thought it was out of my league to play. It’s been a dream to headline DGTL,” she explains. “It feels like a lot of dreams are coming true this year”. As the night comes to a close on Saturday, punters turn to trusty handbooks to discover DGTL’s night programme, a careful selection of DJs who play into the small hours of the morning. 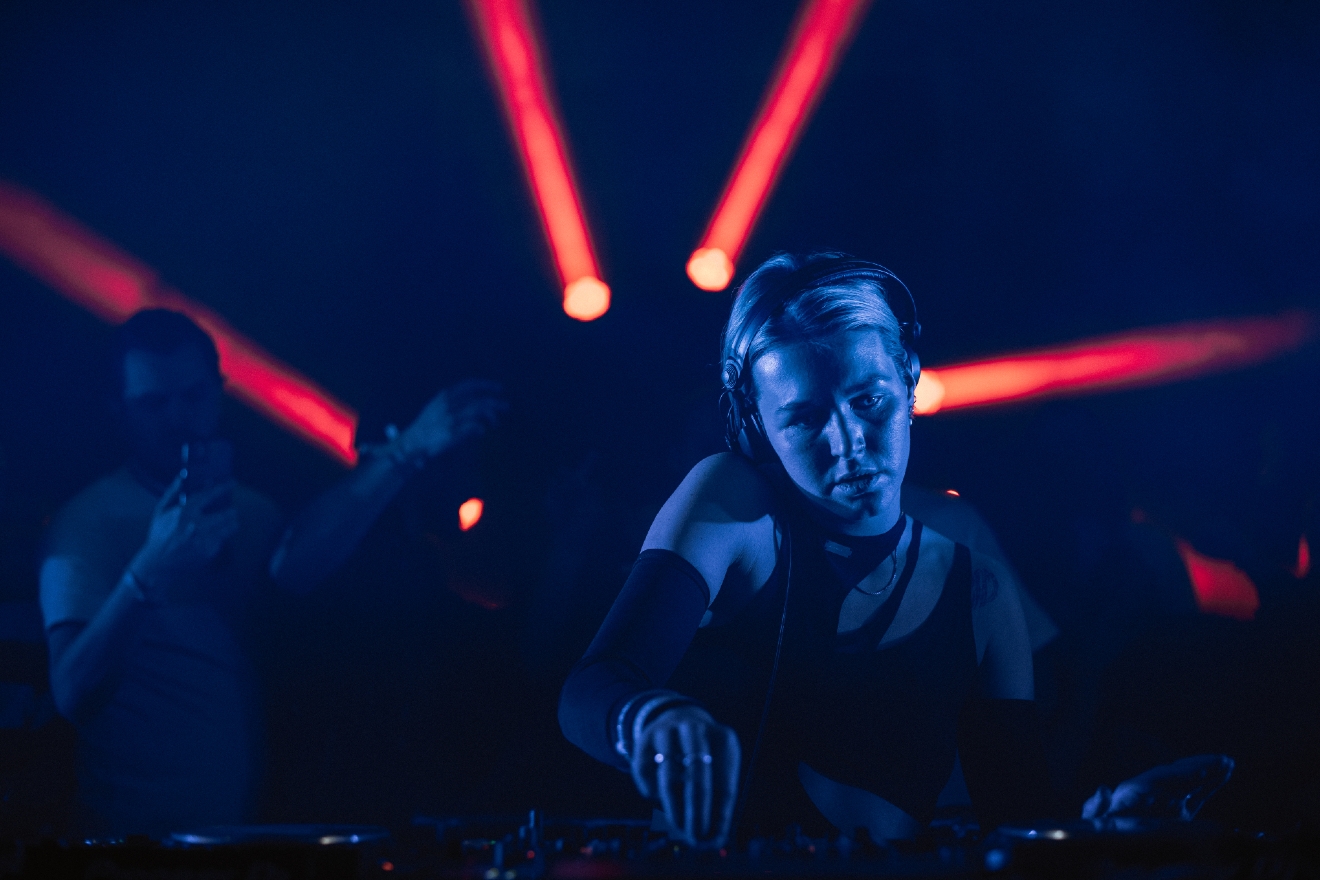 Into Sunday, T4T LUV NRG boss Octo Octa kicks off to roaring delight, swapping vinyl selects in and out as she bounces along to a setlist of disco favourites. Not long after, Shanti Celeste takes on the honour of closing the Gain stage where the Zenker Brothers had kicked up dust just the night prior, and Mala’s chilling dubstep set had crowds up in arms, fierce and weighty. As she brings the set to an enormous close, she spots Bradley Zero through the crowd and takes the second to warmly embrace the fellow UK artist, just two amongst many on this year’s phenomenal international line-up. 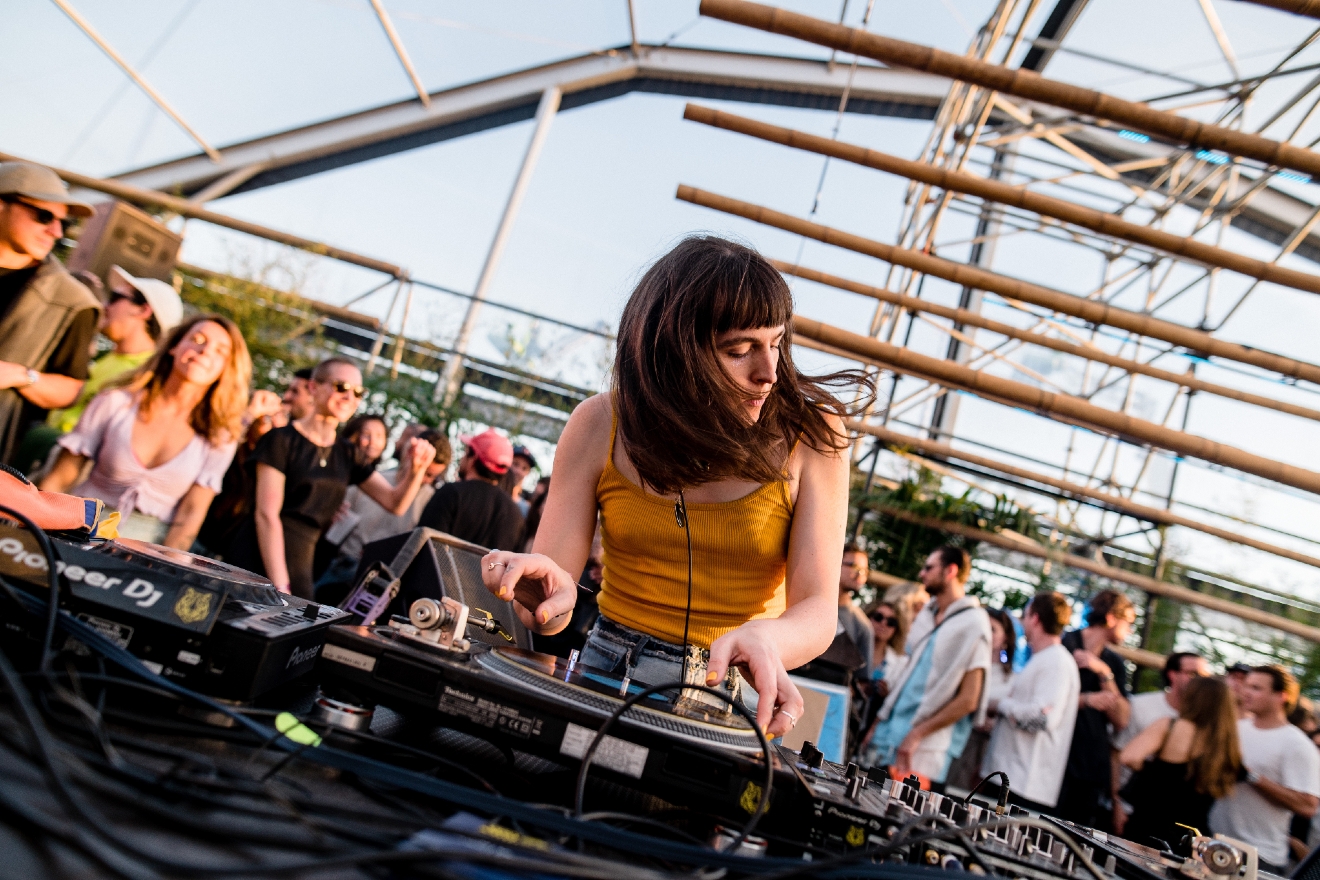 One of DGTL’s biggest strengths lies in its ambitious sustainability plan. 2022 ruled the first year of full circularity for the event, a goal they’ve been attempting to reach since its humble beginnings. All energy, water, and waste are reused and recycled, each stage is powered by renewable energy, and all emissions from artists are eliminated in a scheme that only the most practised events could imagine achieving. When the festival turned vegetarian and vegan in 2016, its next step was to create an entirely 100% sustainable system. “The main goal that we’ve worked on for about three years is having the first circular event,” DGTL’s Sustainability Manager, Mitchell van Dooijeweerd, tells Mixmag.

Read this next: "The planet is our only dancefloor": How dance music events are adapting to sustainaility

“The sanitation plan was our big pilot for this year, we hope to change the law and make resources from human waste. We hope that we can grow something out of that, which we can eventually use in the festival again,” he adds. Elsewhere, to make use of the NDSM Wharf’s colourful caverns and craters — art installations are dotted around the old shipyard each made from recycled goods. From light displays to a several hundred-foot crane housing Sexyland, a secret spa escapade which can only be accessed via a steep climb and a battle of bingo to win your way inside — nothing seems too out of the ordinary. Once inside Sexyland, festival-goers are greeted with a hot towel, CBD tea, and the offer of a quick massage as a pitstop for a busy day of partying. 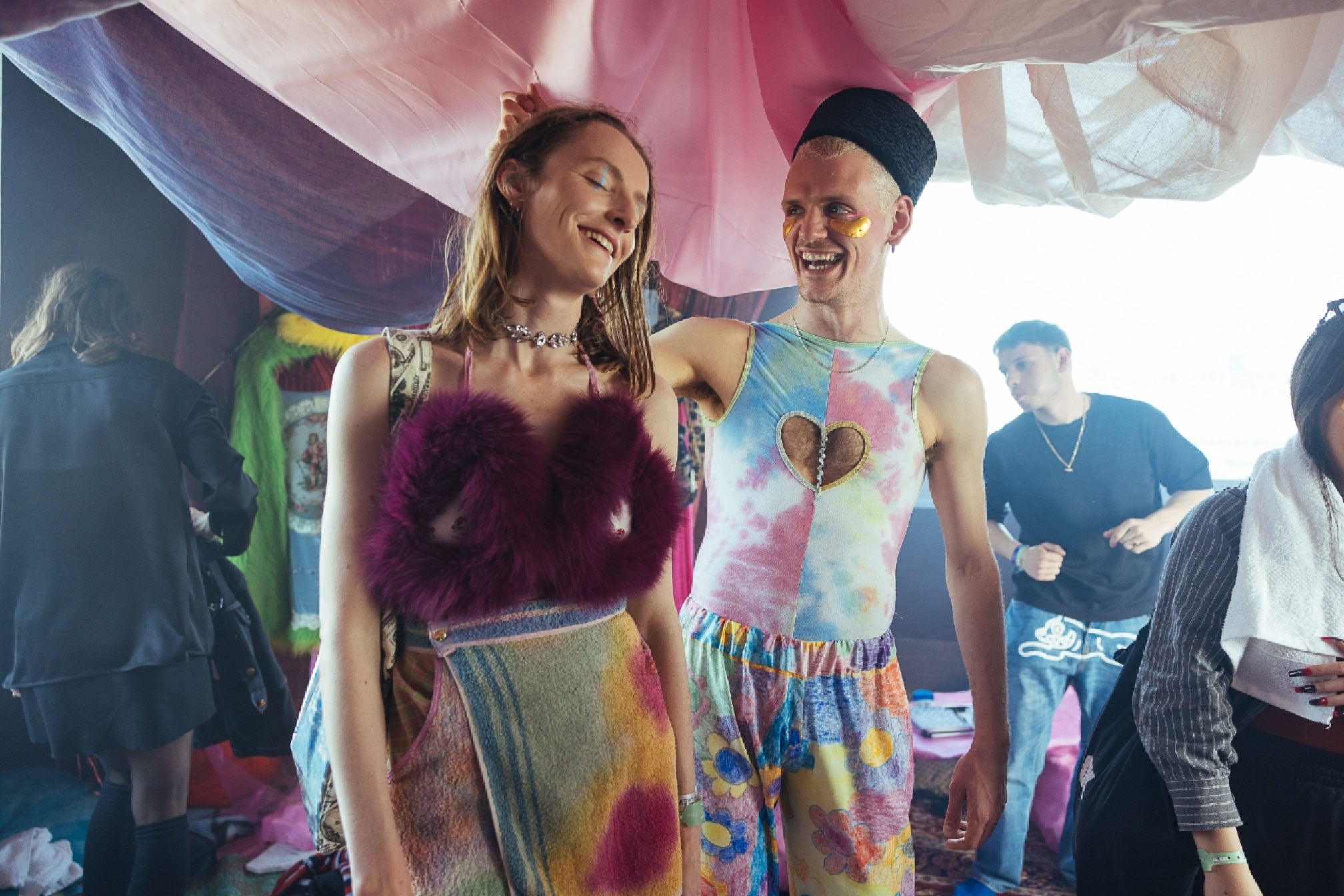 Sexyland was part of a new scheme set up at DGTL this year under the title Not Your Comfort Zone, an initiative encouraging festival-goers to reflect. Through a new safe(r) spaces project created alongside Rave Scout Cookies, DGTL devised three pillars that represent their festival ethics at this year’s event: harassment-free space, harm reduction, and collective accountability. “We want to double down on safe(r) spaces in the dance music industry,” Rave Scout Cookies’ Salman Jaberi tells us. “At music festivals especially, there are so many issues that get swept under the rug and don’t get dealt with. Taking the steps toward making your intentions obvious is really important,” he says.

Read this next: Even in a pandemic, men won't stop sexually harassing women in nightclubs

With a collective mission to make the dance music scene a better place to be - whether that’s through climate awareness or education on the harder topics - DGTL is fast becoming a haven for fans. As the empire builds globally, there’s no doubt DGTL will continue to grow and expand, although, in Amsterdam, it finds its most important home. This isn’t just a place of dancefloor refuge for one weekend, but an immersive experience and a teleport into a better, more forgiving world, all in the heart of Amsterdam.