There’s no festival stage in the world quite like Arcadia’s flame-throwing, laser-shooting spider — an industrial arachnid built with the sole purpose of uniting music lovers in the surroundings of its metal stomach and crowd-lurching legs.

Standing tall among Glastonbury’s most impressive installations, it’s fair to say that the Arcadia spider has become one of the event’s more recognisable landmarks and a beacon to lure in festival-goers through to the small hours of the morning. But, after a change-up in 2019 then a pandemic-induced pause, the spider hasn’t seen the grounds of Worthy Farm in some four years — until this weekend. 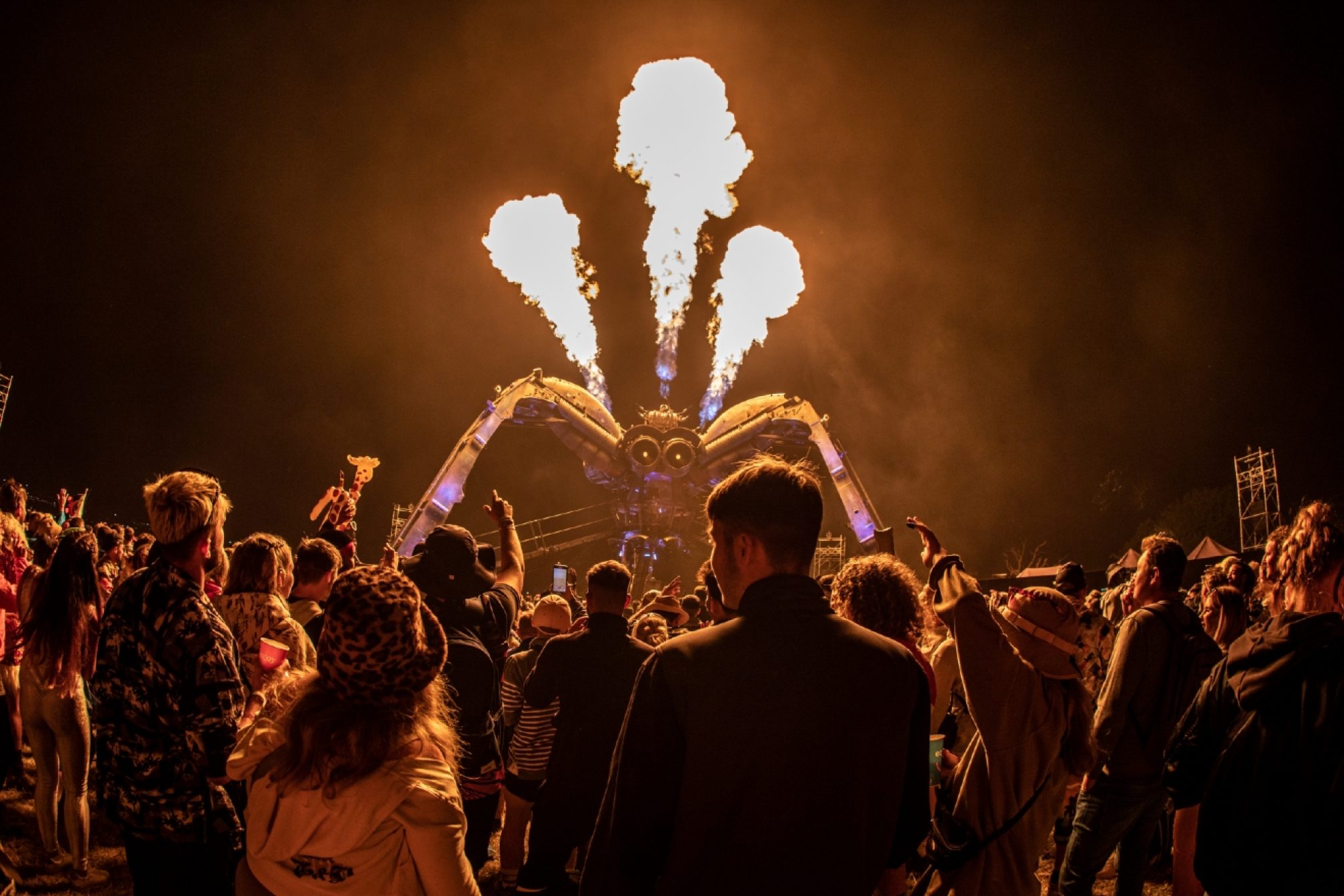 Built with environmental consciousness in mind, the 50-tonne spider stage uses repurposed military hardware to create the spectacle, which this year featured flame-breathing antlers, moving limbs, impressive pyrotechnics and a lighting display reaching the far-flung corners of the grounds.

On this mind-boggling return, the Arcadia spider drew in even the most arachnophobic of fans to experience the extravaganza across three nights. Over the course of the weekend, Arcadia hosted a long list of names from Nia Archives, Four Tet, Afrodeutsche, VTSS, Bonobo, TSHA, Groove Armada, and, in a Glastonbury first, Calvin Harris. 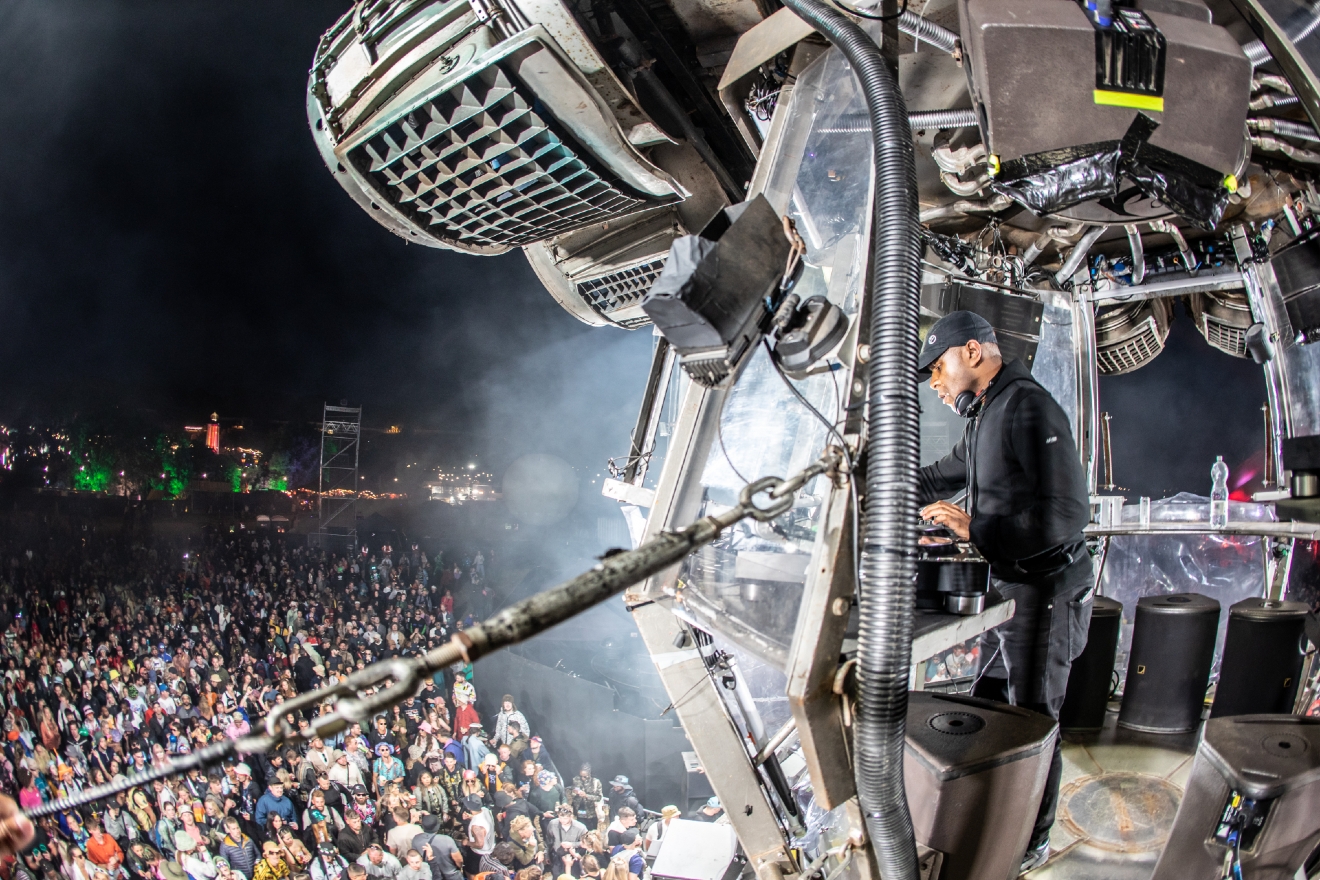 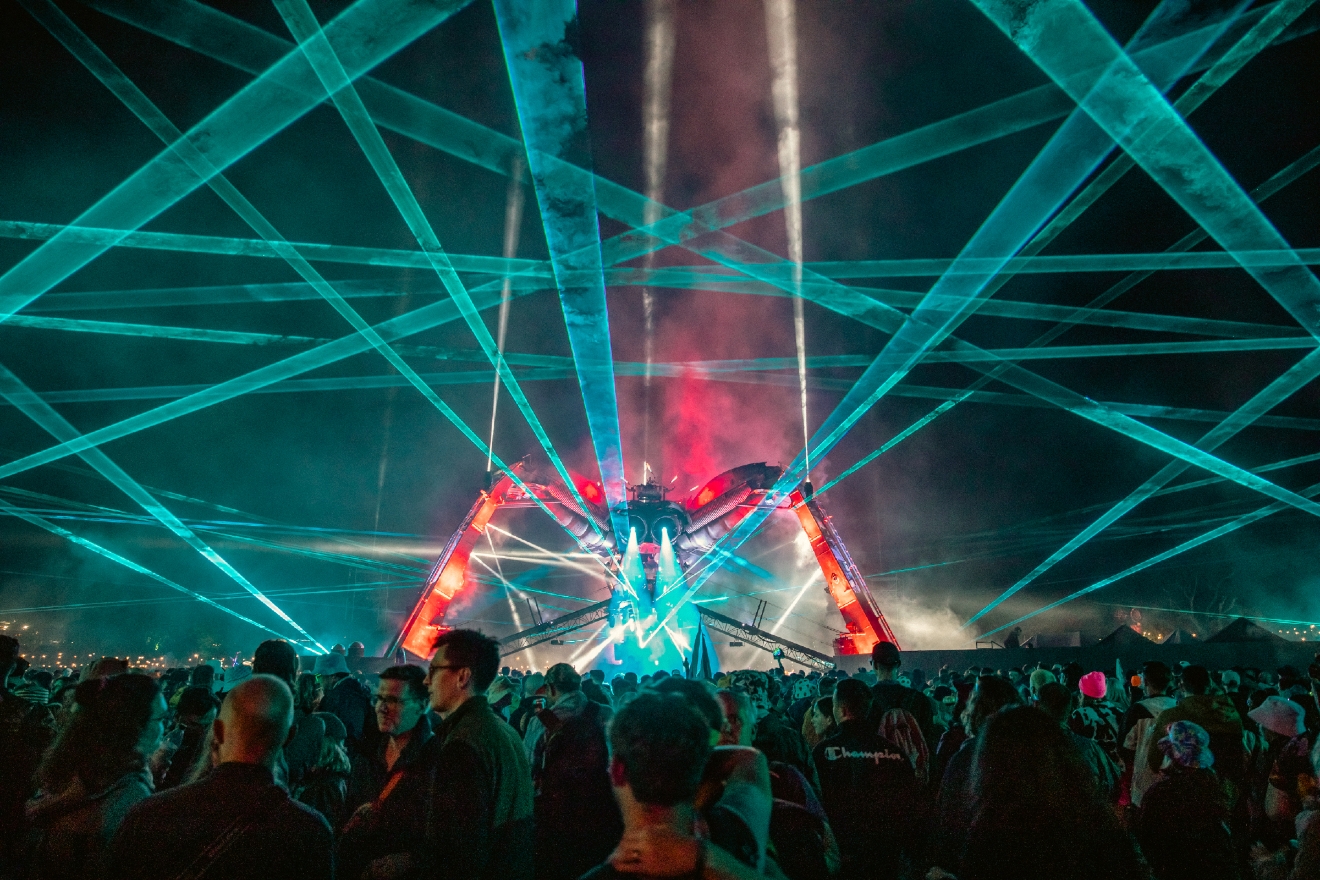 On its opening night, Arcadia celebrated a roaring late-night showcase from Carl Cox and Chase & Status in a special back-to-back jungle set, calling in fans from far and wide to experience the mighty comeback of the spider. As festival-goers gathered underneath Arcadia, the weight of ferocious 160 BPM cuts reeled from the body of the metal spider where Cox and Chase & Status toyed with the swarming crowd.

Elsewhere across the weekend, Camelphat and Patrick Topping went head-on as they took over the Saturday night closing slot. Added entertainment lit up the eyes of fans as they spotted aero gymnastics performers hanging from colour-shifting balloons overhead, a dramatic and spectacular inclusion to this year's theatrics.

Read this next: Listen to a drum 'n' bass mix from Carl Cox

On Arcadia's final night, drum 'n' bass fans came together under the spider to witness a back-to-back set from Sub Focus and Dimension, shortly followed by a Hospitality Records takeover where Spy, Grafix, Unglued, and a handful of best-loved Hospitality MCs came together to blow up the final moments of Glastonbury Festival. It was another jaw-dropping year for Arcadia fans - and one that will go down in history for this incredible return.

We’ve put together some of the best pictures from the Arcadia spider’s return to Glastonbury Festival 2022 - check them out below. 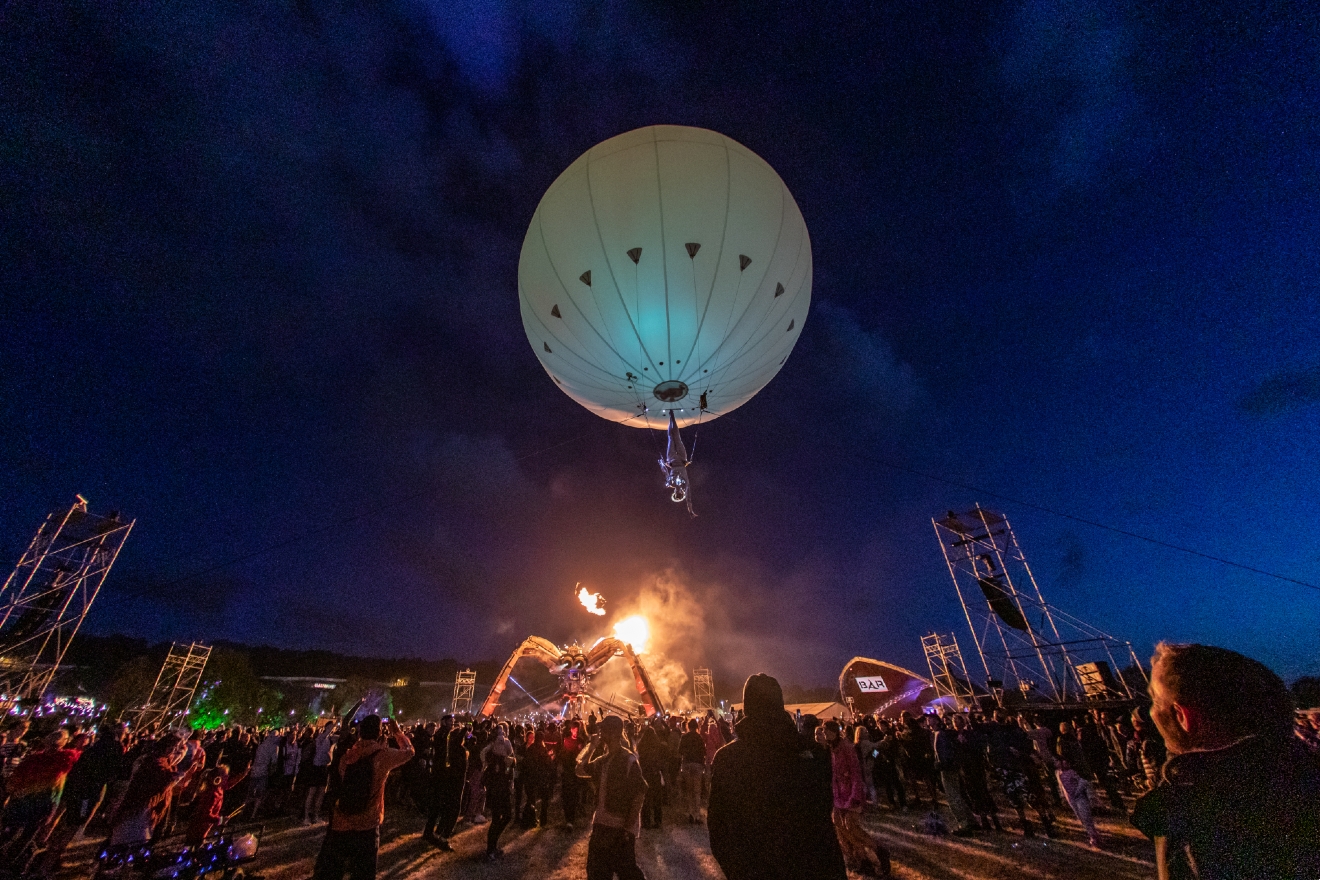 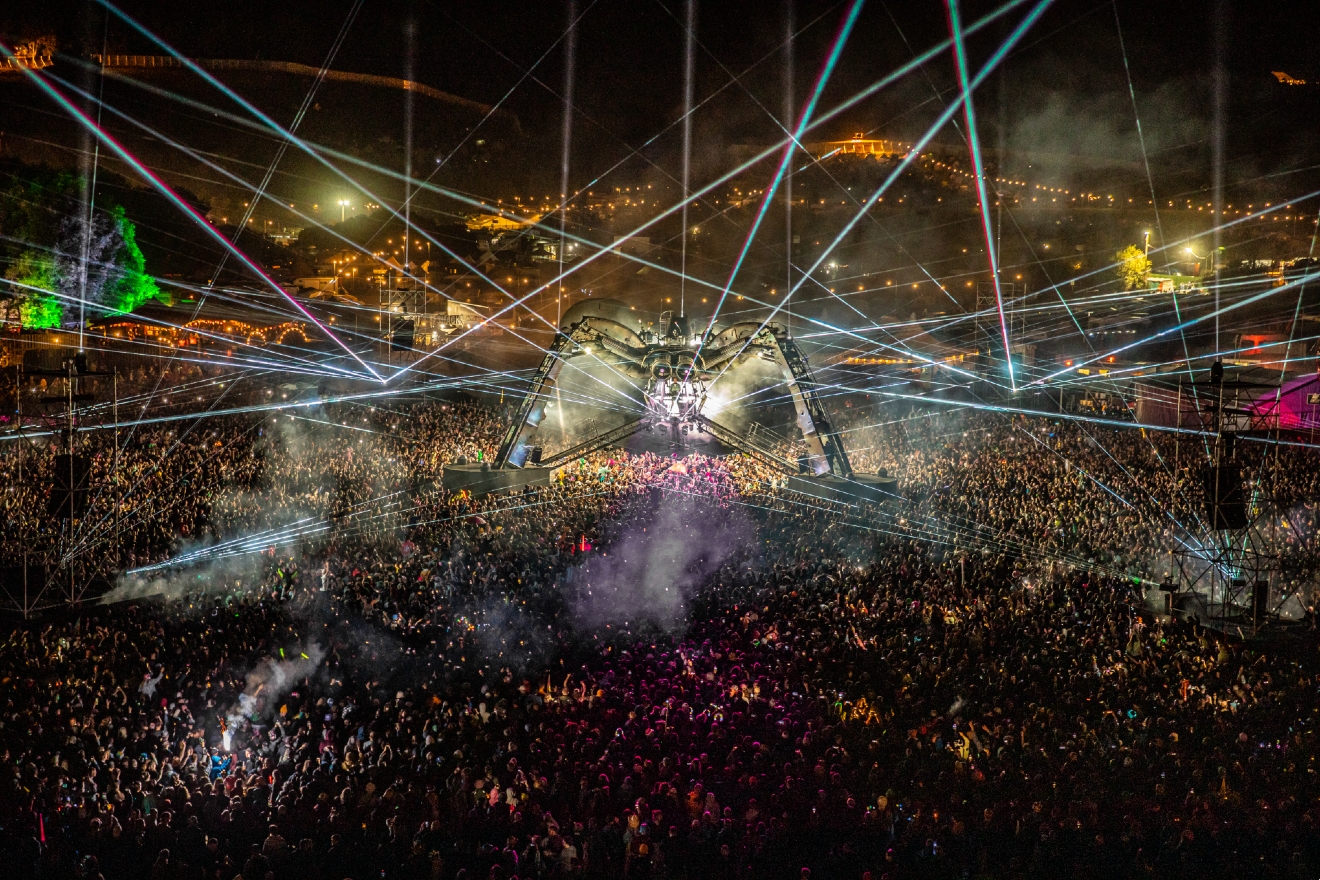 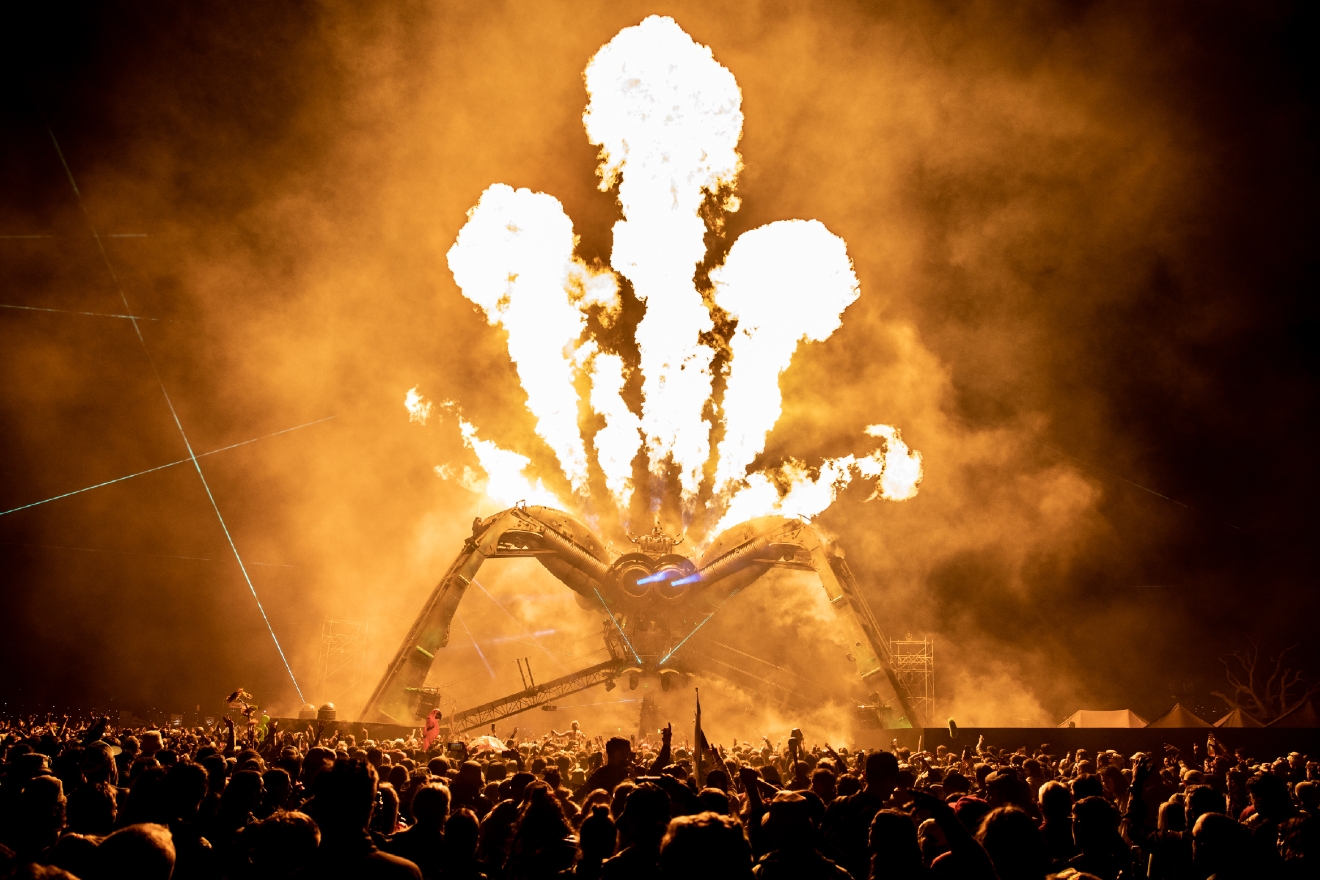 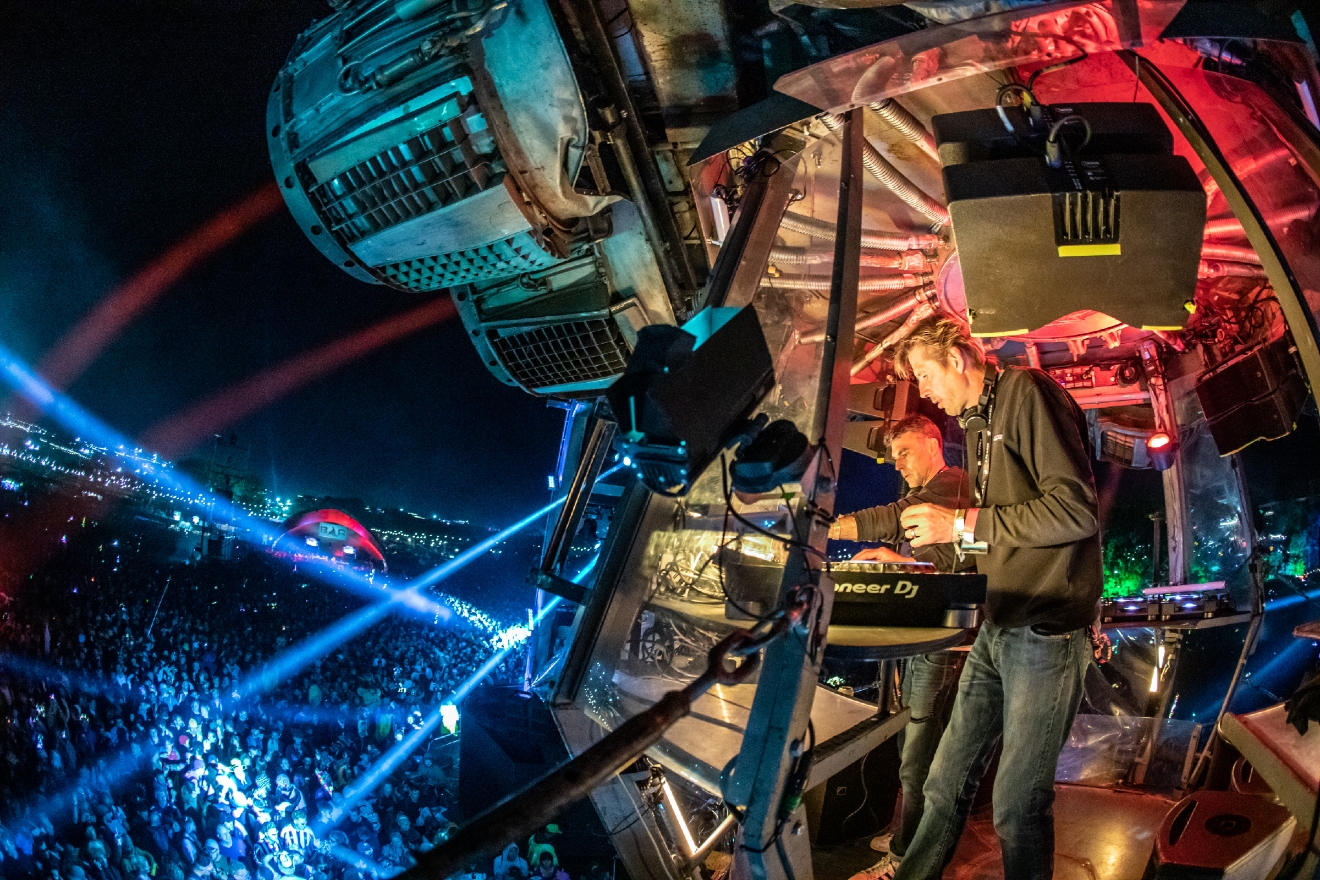 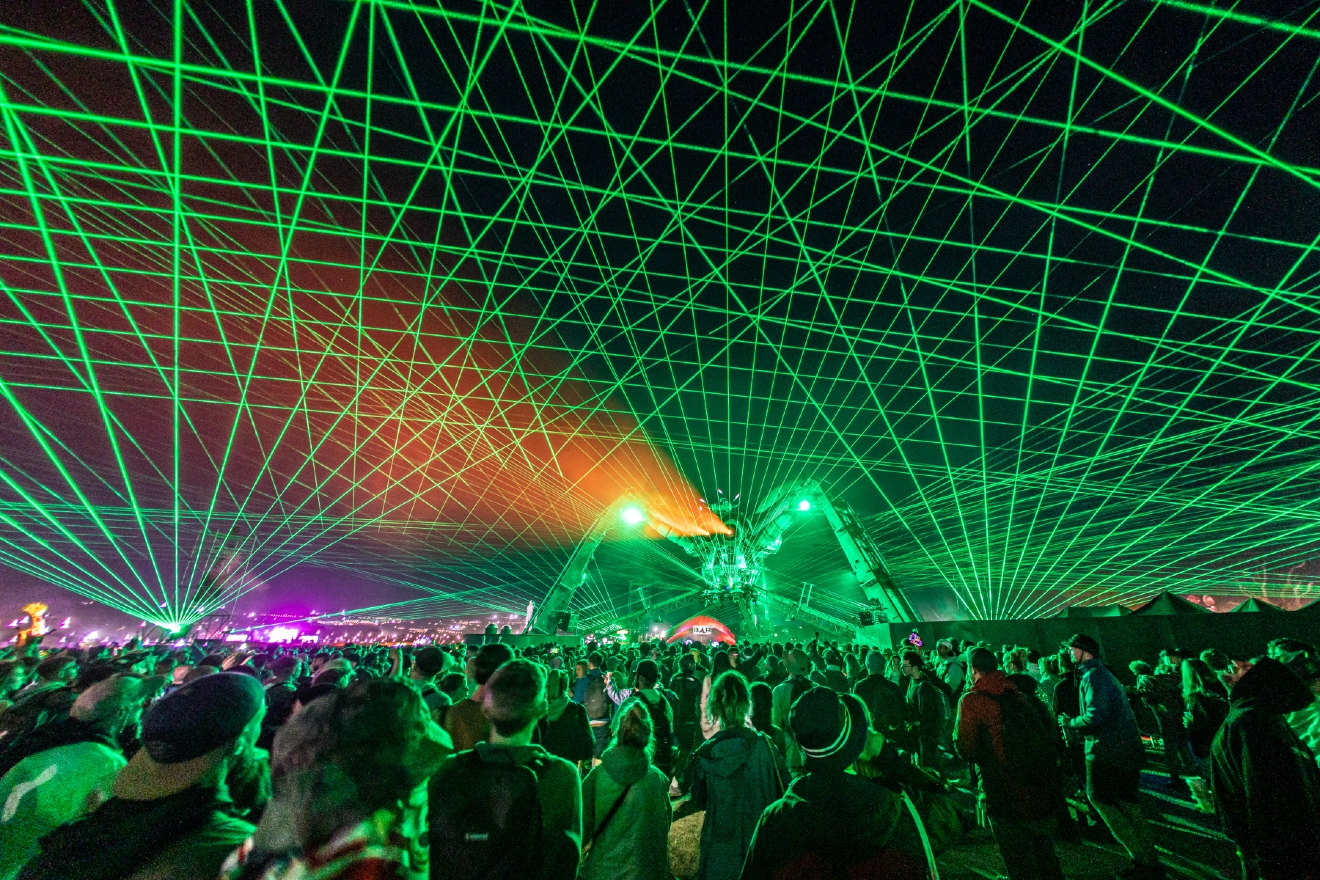 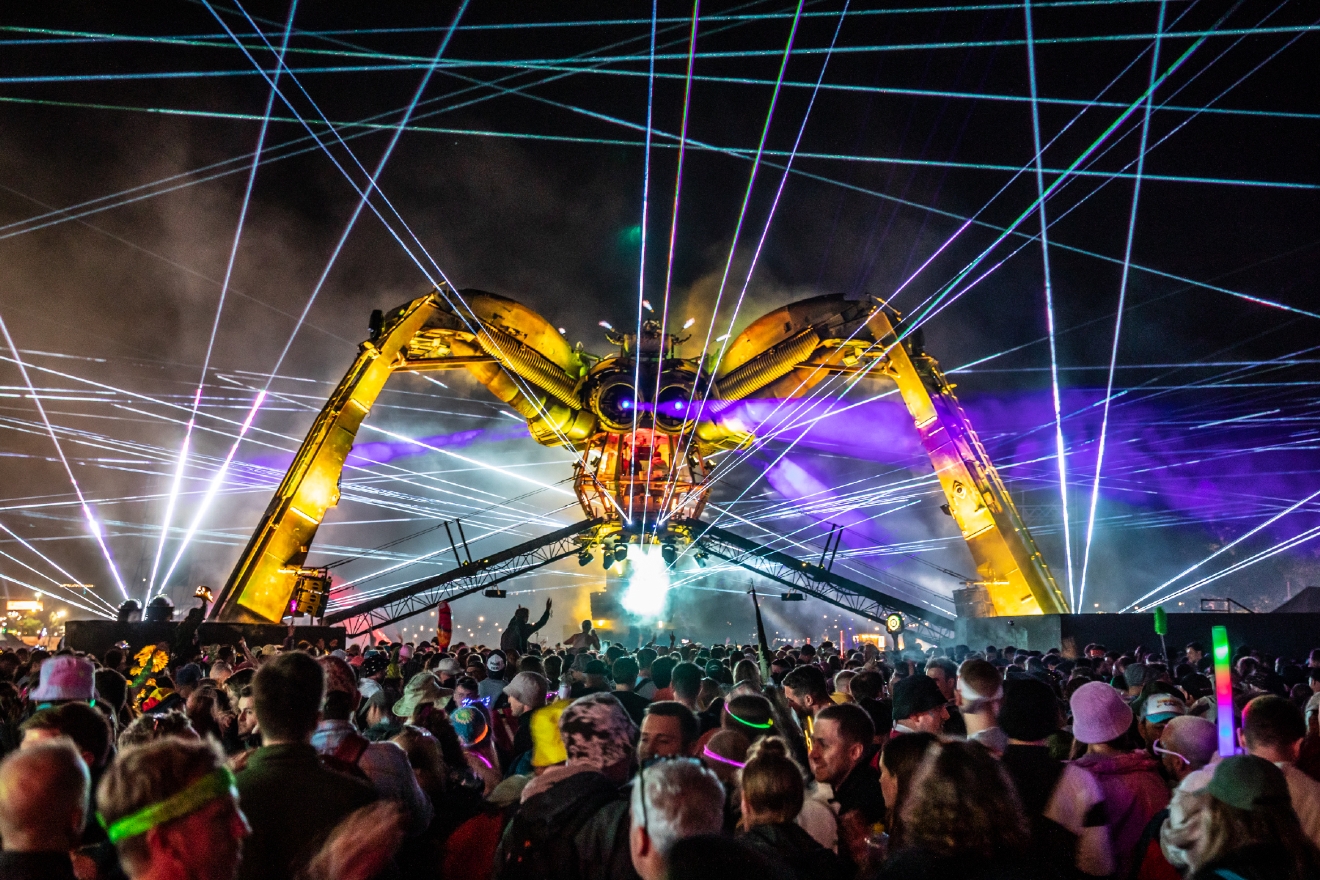