Back in 2008, Pip Rush and Bert Cole took over a corner of the field run by Mutoid Waste in Glastonbury with a brand new sculpture they had created. The Mutoid Waste Company was known for building giant welded sculptures inspired by Mad Max from waste material and what was then known as The Afterburner seemed to fit perfectly alongside their work. “Originally it was meant to be more of a chill out area with a couple of fire pits,” says Arcadia co-founder Pip Rush. “But all of a sudden it had 5,000 people raving all over it. We had no security and it was absolute chaos. We were completely unprepared for it!”

Since that day 11 years ago, Arcadia has grown to be one of the best-loved and most impressive areas at Glastonbury as well as touring to festivals as diverse as Ultra and Burning Man and hosting their own stand-alone events around the world. The Afterburner evolved into The Spider and everyone from Boys Noize to Skrillex to Goldie to Eats Everything played along the way.

But now it’s time for a new chapter as Arcadia prepares to launch the brand new Pangea project at Glastonbury 2019. We caught up with Bert and Pip to find out what to expect. 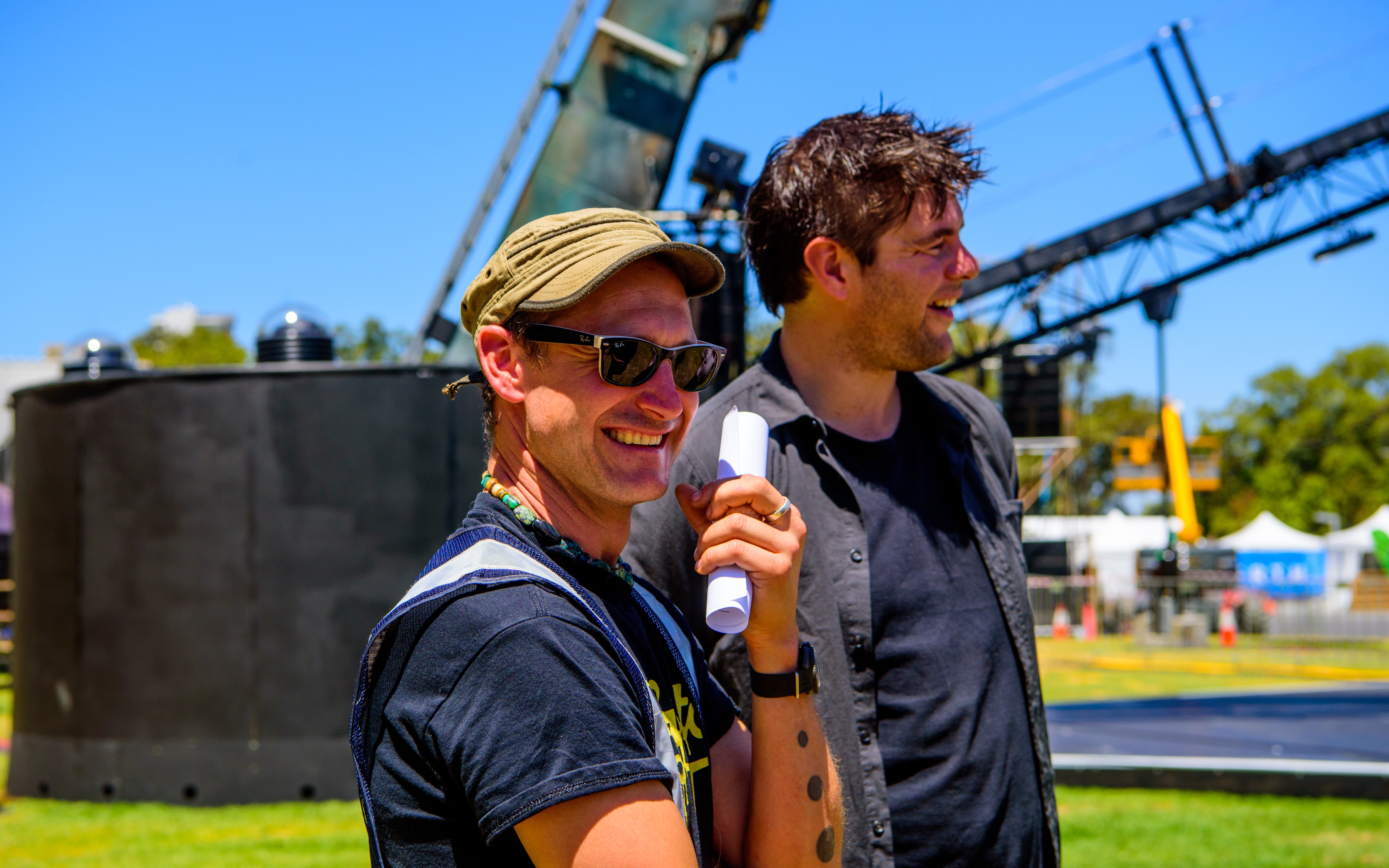 How much can you tell us about what to expect this year?

Bert: The most important thing to remember is that it’s an evolution. The last journey started with the spider and then we added aerial performers to perform from it and moving arms and lasers and all sorts of stuff as the years went on. To our amazement after a few years the spider was too small for what we wanted to do so we started to think about whether we could begin a brand new chapter. We went back to the start of the first journey and realised the most important thing that we do is take over the sky. That’s what’s special about what we do; there are 50,000 in our field but they all feel involved and near the action because we’ve taken over the sky.

How did you proceed from there?

Bert: We started to think big and look at various bits of machinery. First we started looking in Russia and found some really interesting things but obviously were quite limited as to what we could transport. Roads are our biggest limitation really! Then we found this incredible piece of old infrastructure in Avonmouth, which is only 20 miles up the road from us. It’s a beautiful piece of Victorian engineering with a huge reach that can reach nearly all the way over an audience of 50,000. We thought it was a bit of a ridiculous idea but thought we might as well try and find out of we could have it and then work out how to move it. Amazingly out technical director managed to crack it and now we have this huge crane sat in a field in Glastonbury.

How long has the whole process been?

Pip: Well, we’ve been here in Glastonbury since the beginning of May and before that we were in Avonmouth taking the crane down in April. We’ve been pretty much fully immersed in this project since the tail end of last year. The fact that last year was a fallow year for Glastonbury gave us an opportunity to work on a much bigger project. There has been a lot of amazingly talented people working on it, racing to get it done!

What inspired the new build?

Bert: We went to Burning Man a few years ago and the sculptures out there are absolutely mind-blowing! They really push the boundaries beyond what we do on a structural level and it was really amazing to see. Although there’s nothing there that’s an environment in the way Arcadia is, where there’s music in sync with the structure.

What’s happened to the spider?

Pip: The spider’s still going strong. It’s in shipping containers touring the world. It’s amazing the number of different people from different cultures who have raved under that spider and wherever it goes it always seems to resonate with people. With this we’re separating the need for smaller structures that can pack away and tour the world and that’s freed us up to do something more permanent in Glastonbury. We’re also thinking about doing more permanent structures in places like Vegas, Ibiza or even The Eden Project in Cornwall.

Who are you excited to see this year?

We’re excited about the whole line-up as the DJs are going to be just two-feet about the whole crowd. But I think the back-to-back’s from Carl Cox and Jamie Jones on the Friday and then Eats Everything and Fatboy Slim on the Saturday will be special.

And finally, what else do you want to see at Glastonbury if you get the chance?

To be honest, we’re lucky if we ever get to leave the field, but there are definitely a couple of new installations I want to see. There’s a new thing called Glastonbury-on-sea by Joe Rush that I definitely want to see and the Block9 guys are doing something new which sounds great.