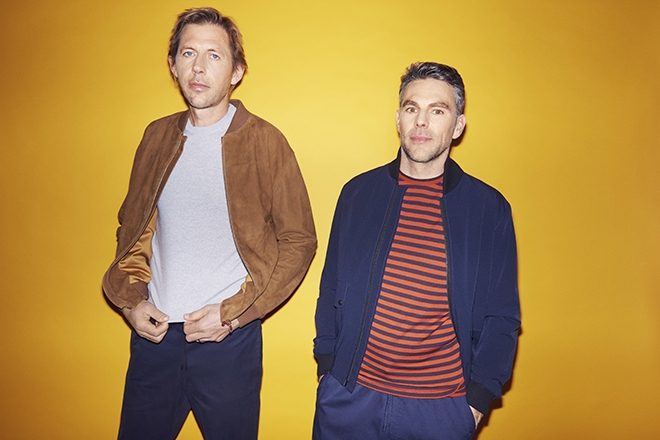 Groove Armada’s new single ‘Get Out On The Dancefloor’ is out now. It features vocals from Empire of the Syn and Pnau frontman Nick Littlemore.

Speaking about the track, Groove Armada’s Andy Cato said: “As I went through the recordings of Nick, I realised there were lots of cool phrases and great deliveries we could use. It took a very long time to find the right order for them, but once we had that line ‘Get out on the dancefloor, it felt vibey. Slotting the music underneath was the easy bit!”.

The duo have shared an accompanying video for the track, which was filmed in lockdown and features Sophie Ellis-Bextor, Rose McGowan, Davina De Campo, and a host of Tik Tok stars.

Groove Armada began teasing a new album on social media last year, and have affirmed it’s on the way. The record will be the pair’s first album in a decade, following 2010 LP ‘Black Light, and first full-length release since their 2015 instalment in Moda Black's 'Little Black Book' series.

Watch the ‘Get Out On The Dancefloor’ video below.