Look, we know a trip abroad - whether it's to Ibiza, Croatia, Berlin or Amsterdam - is a reason for excitement. The thought of boozing in the sun for a week, partying in open-air clubs or being on the dancefloor for hours on end is enough to zap any raver into a child at 5am on Christmas Day.

The problem for some, though, is that excitement often turns into over-excitement and over-excitement sometimes turns into misbehaviour. That, when in an airport on a flight, means you're going to annoy and anger a shit-load of people, whether it's flight attendants, fellow passengers or even your better behaved mates.

This summer we reported on a story of how one flight from Belfast to Ibiza had to be diverted to France because of someone's rowdy behaviour, while the Balearic governement wants to limit passengers' alcohol intake at airports and on flights to Ibiza and Mallorca.

UK airline Ryanair noticed there was a problem and proposed a two-drink limit for passengers before banning duty-free booze on its flights. That means that gigantic bottle of vodka you bought in the airport won't be able to be opened until you touch down on foreign land.

We'd hate to assume that you're a source of wrongdoing when travelling, but felt it was needed to give some pointers on airport and flying etiquette.

Check out the below for a reminder of how to behave ahead of that trip away. 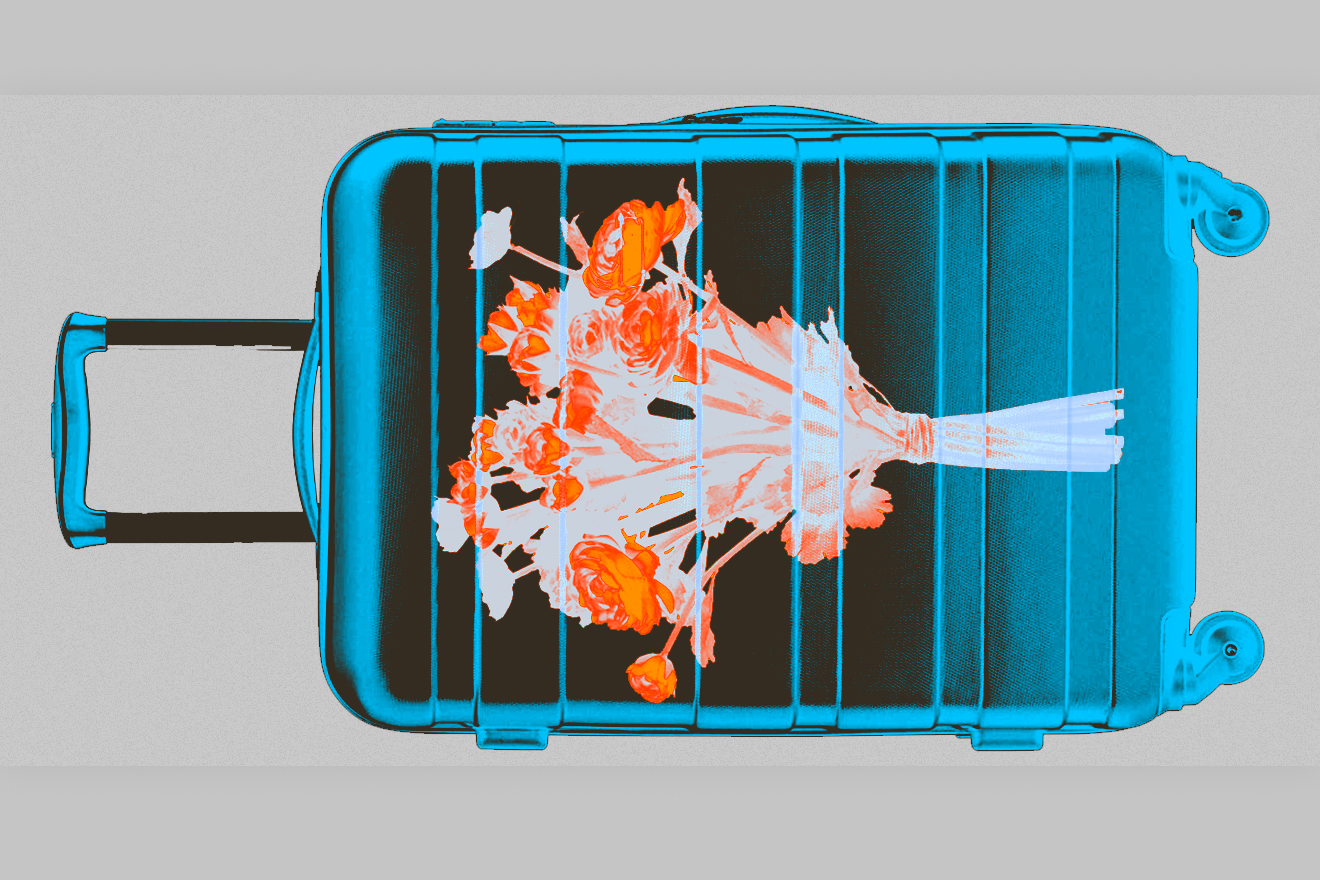 Would you sit on the morning bus to work shouting profanities? Probably not. Would you spend the evening train commute home spilling your drink on the person next to you? Doubtful. So why do it on an airplane? We're not saying that everyone's guilty of playing the villain on planes, but we've all been thousands of feet in the air with someone being a bit of a dickhead, haven't we? The problem about it happening on a flight is that there's not really the choice of moving away. There's only so long you can hide away in the crammed toilet and that annoying little 'ding' that means you have to be buckled into your seat happens more frequently than a naughty bassline at a tech house night. Random seat allocation on budget flights often means you're split up from your mates, so if you are sat next to a stranger, try to keep it tame. 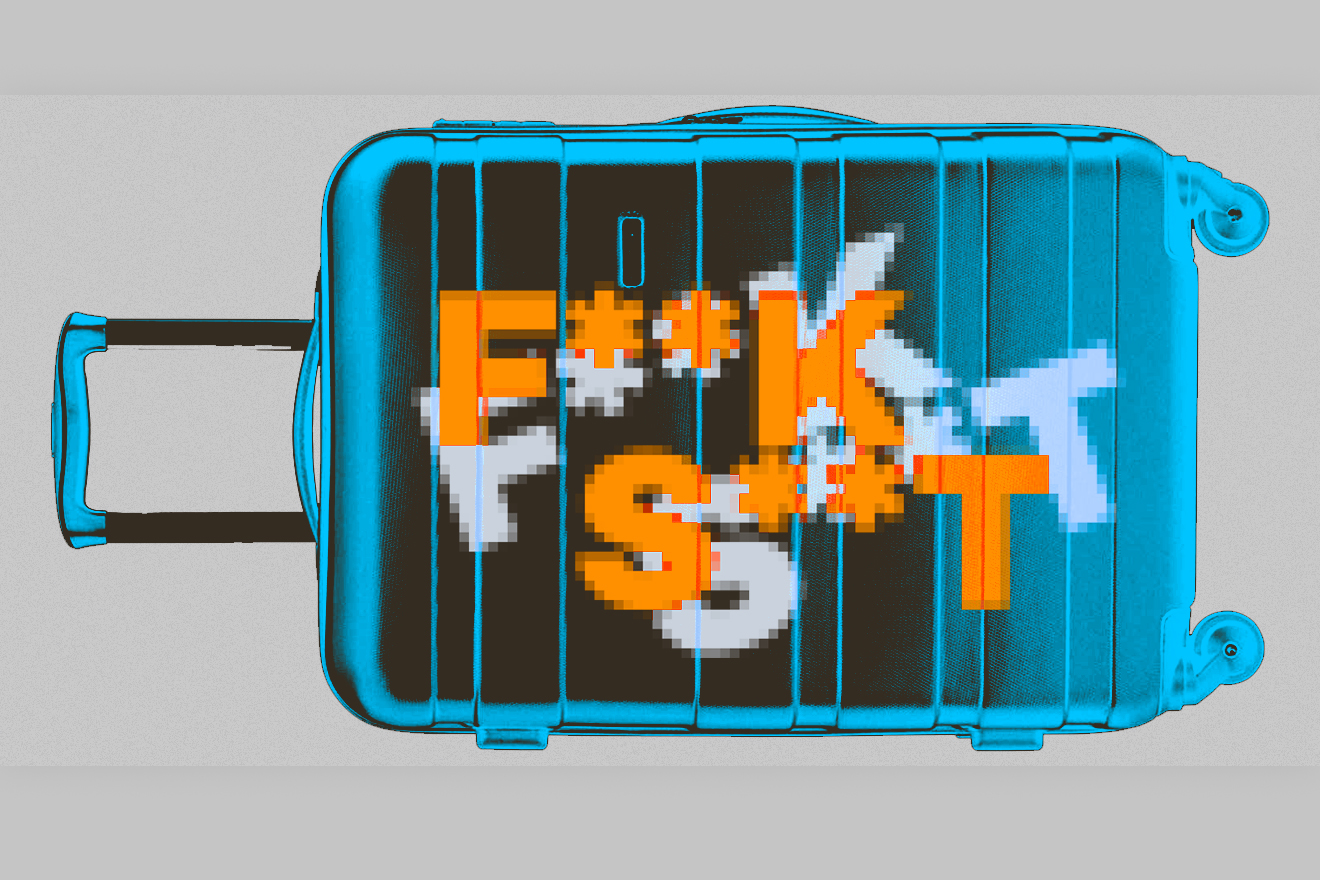 2 Don't be rude to staff

Staff are there to help, not to take your shit. You might have had a few pints or G&Ts by the time you're boarding, but all it takes is a small nod of the head and a 'thanks' in order to be polite to the person checking your passport. It's unfriendly behaviour towards flight attendants that often makes the headlines. Don't treat them like shit next time you're on a flight. It's their job to ensure your journey is the best it can be, not to be harassed or listen to you moan that a Coke-sized can of lager costs a fiver. 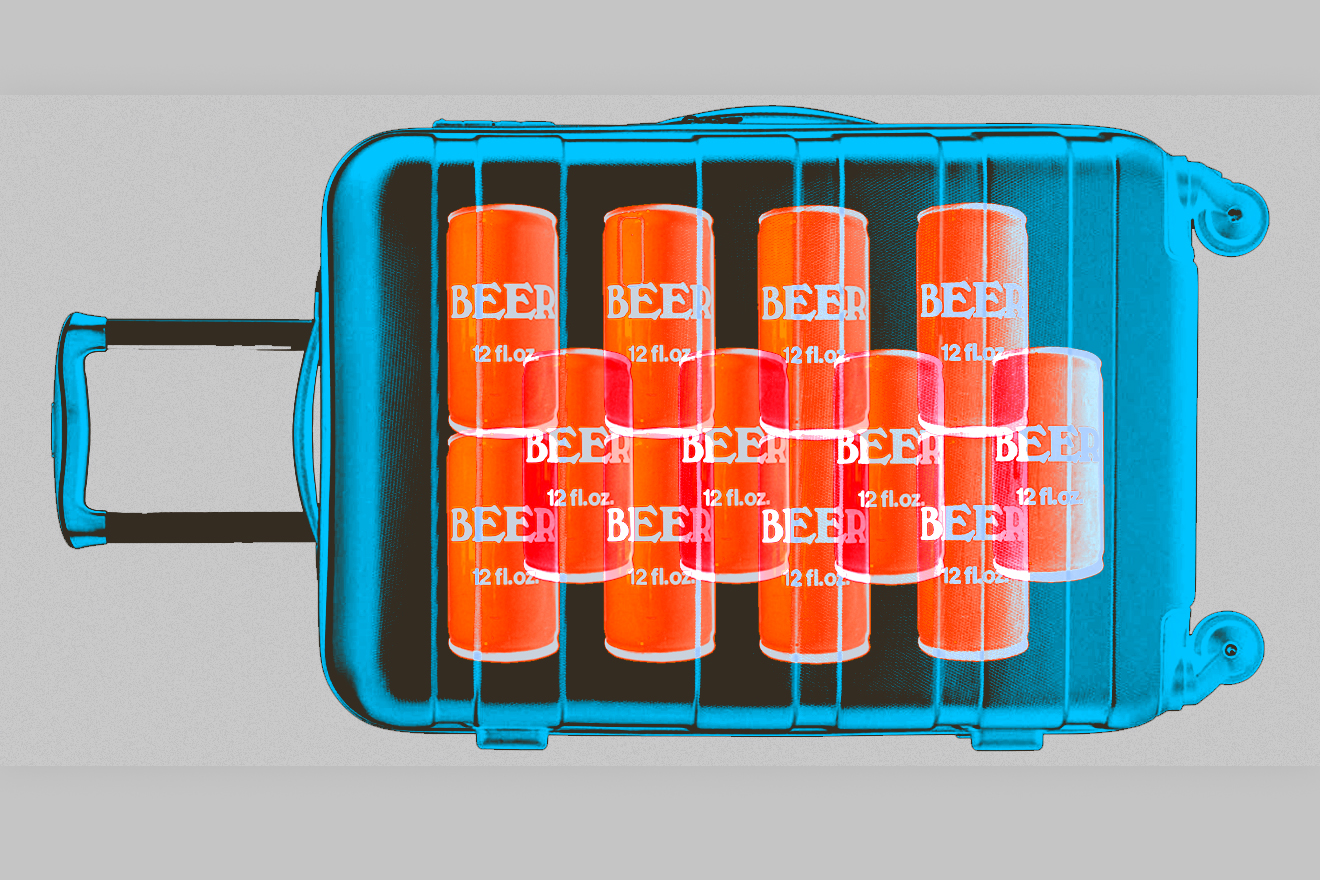 3 Don't drink too much if you're a lightweight

There's not much more annoying than someone who necks drink after drink, but then ends up being as irritating as a skipping needle on a 1210 because they can't handle their alcohol. Early morning flights tend to send people on their way to being smashed, largely down to the fact Wetherspoons in airports serve booze at most hours. The budget boozer's not all about pints and prosecco, though. There's a tidy selection of food, too, so get that greasy Full English or mushroom burger inside you before you start sinking bevvies. Lining your stomach is entry level sesh advice, but the amount of pissed-up misbehavers at airports and on flights goes to show how many don't heed it. Just pace yourself, yeah? 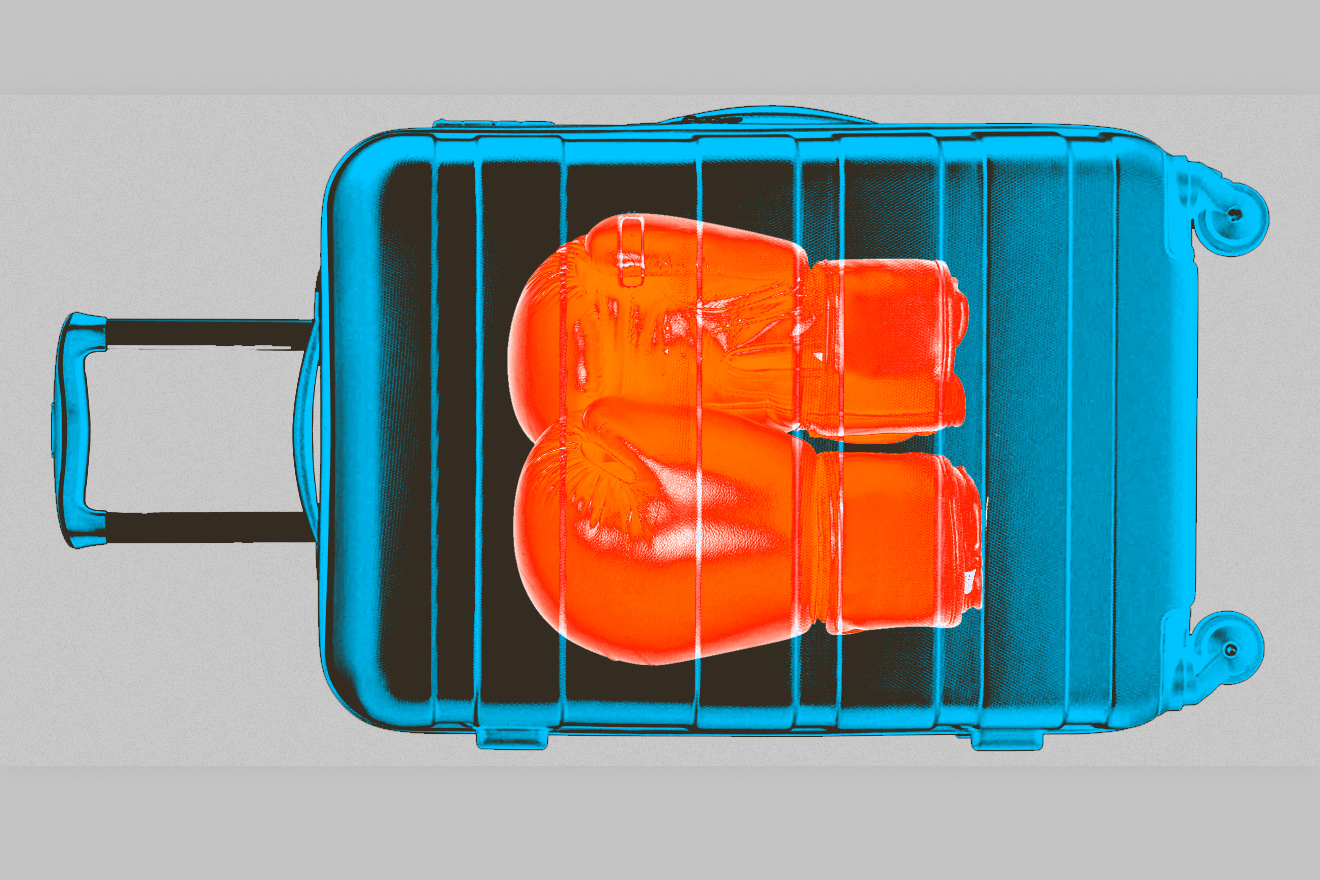 You'd think working on a hashtag summer bod in the gym all year would eradicate all that pent-up anger, wouldn't you? Apparently not for some, who have to be met by police upon arrival to their destination for aggressive behaviour. Anyway, what's there to be angry about? The promise of sun, good tunes and no work should have you dishing out random compliments to strangers, not launching into aggressive tirades. All that energy wasted on being a bit of a knob could be saved for being a hero on the dancefloor. 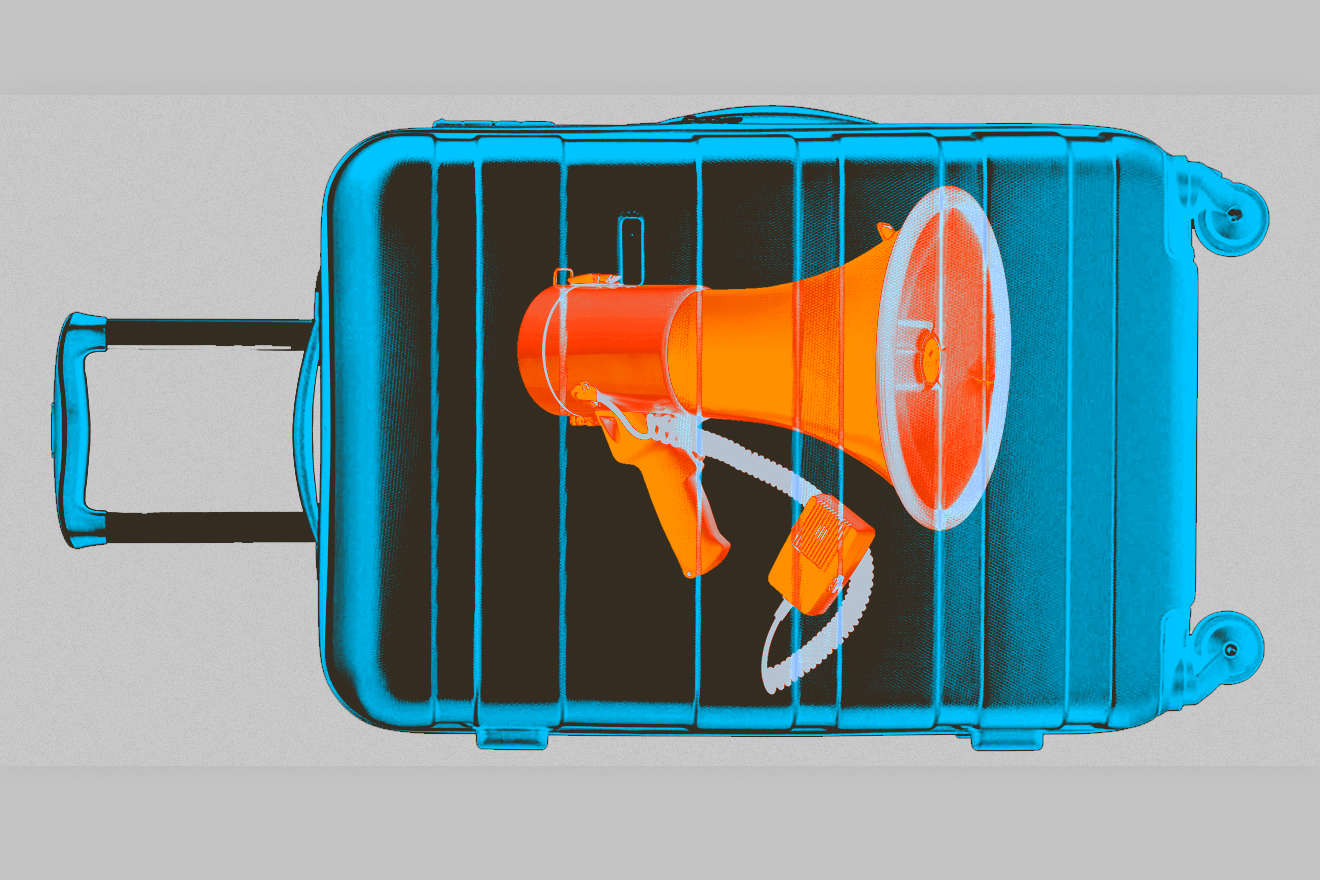 5 Keep your voice down

We already mentioned that flying with budget airlines means you might be randomly allocated seats and split up from your mates. But this doesn't mean it's acceptable to shout at your pals from Row 2 to Row 42. If you're having to stay in your seat during a little bit of turbulence, be patient and wait until the seatbelt light goes off so you can take a walk down the aisle and have a reasonable-volumed natter. There's not much worse than someone next to you shouting nonsense at the top of their voice. Especially when you're reading up on how to get your tracked played in Ibiza or how to get into Berghain.

Dave Turner is Mixmag's Digital News Editor, see him behaving himself on a plane this summer