Ibiza 2017 will be remembered as the year Space became Hï, promoter-led brands prevailed over in-house ideas, Carl Cox spearheaded a resurgent Privilege and the desert sound, made popular at events like Burning Man, continued to prosper. Away from the dancefloor, a number of economical, cultural and political stories also bubbled away. Based on everything that went down this summer, here are our predictions for Ibiza 2018… 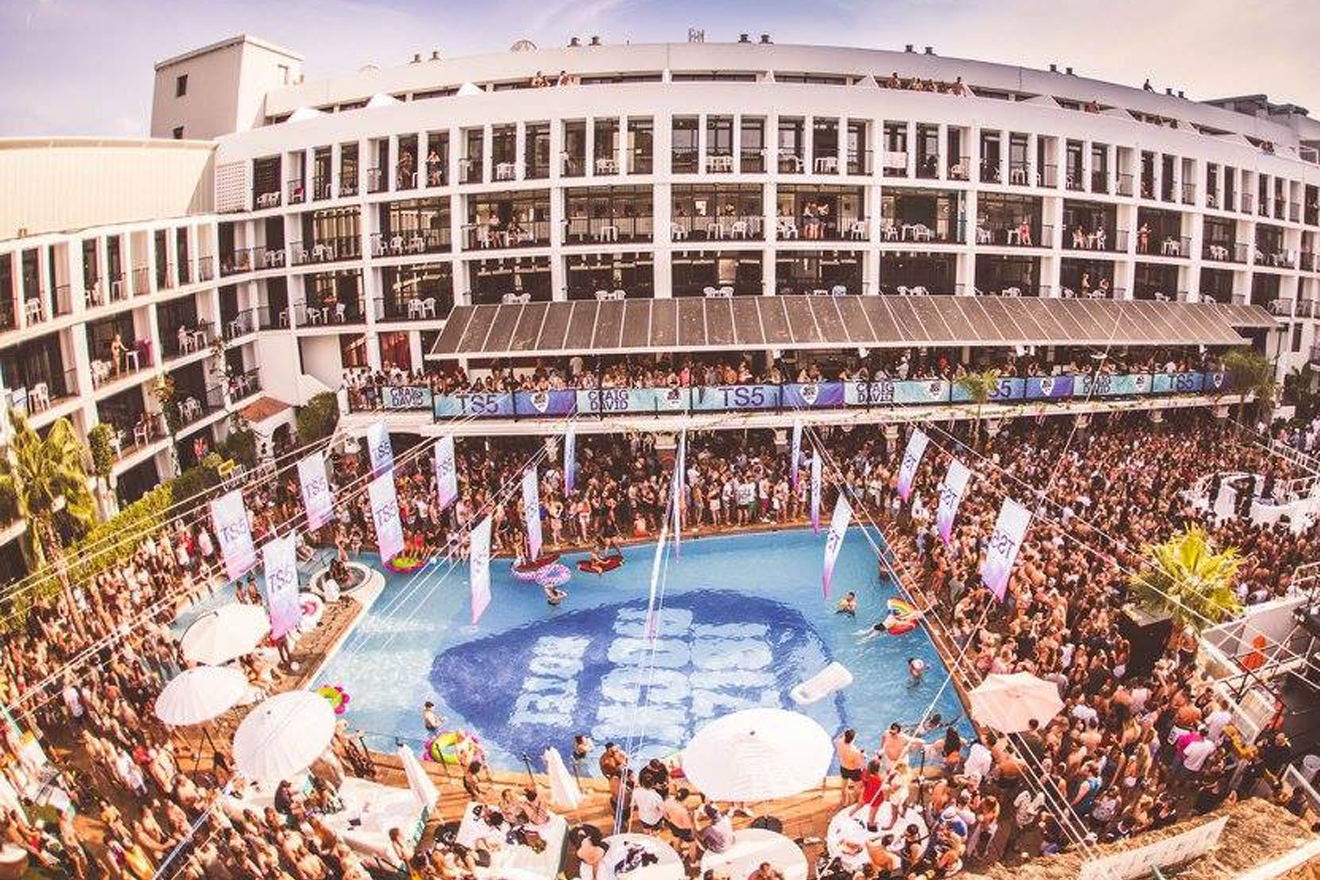 After a decade of cutting out the middleman, many of Ibiza's top venues are now outsourcing for fresh ideas. These days, the task in hand concerns the creation of the next superclub brand rather than the next superstar DJ. The reason? On the dancefloor, immersive club concepts are very much in vogue. And when it comes to creating engrossing clubland themes it seems the old-skool party promoter is more adept at engineering workable party concepts than the people who manage the clubs.

The most notable shift towards external promotion in 2017 was seen at Ibiza Rocks, where promoter-driven parties such as Elrow, Do Not Sleep and Craig David’s TS5 superseded in-house events like W.A.R. and the more traditional live music gig night. Elsewhere on the island, it was also a massive year for external promotion teams such as Elrow, Glitterbox, WooMooN, Resistance, Defected and Paradise, all of which are very much brand-led insignias, while Amnesia continued to thrive without a single in-house party on its roster. Expect the brand wars to continue into 2018, with every promoter seeking to create and curate the next Elrow. 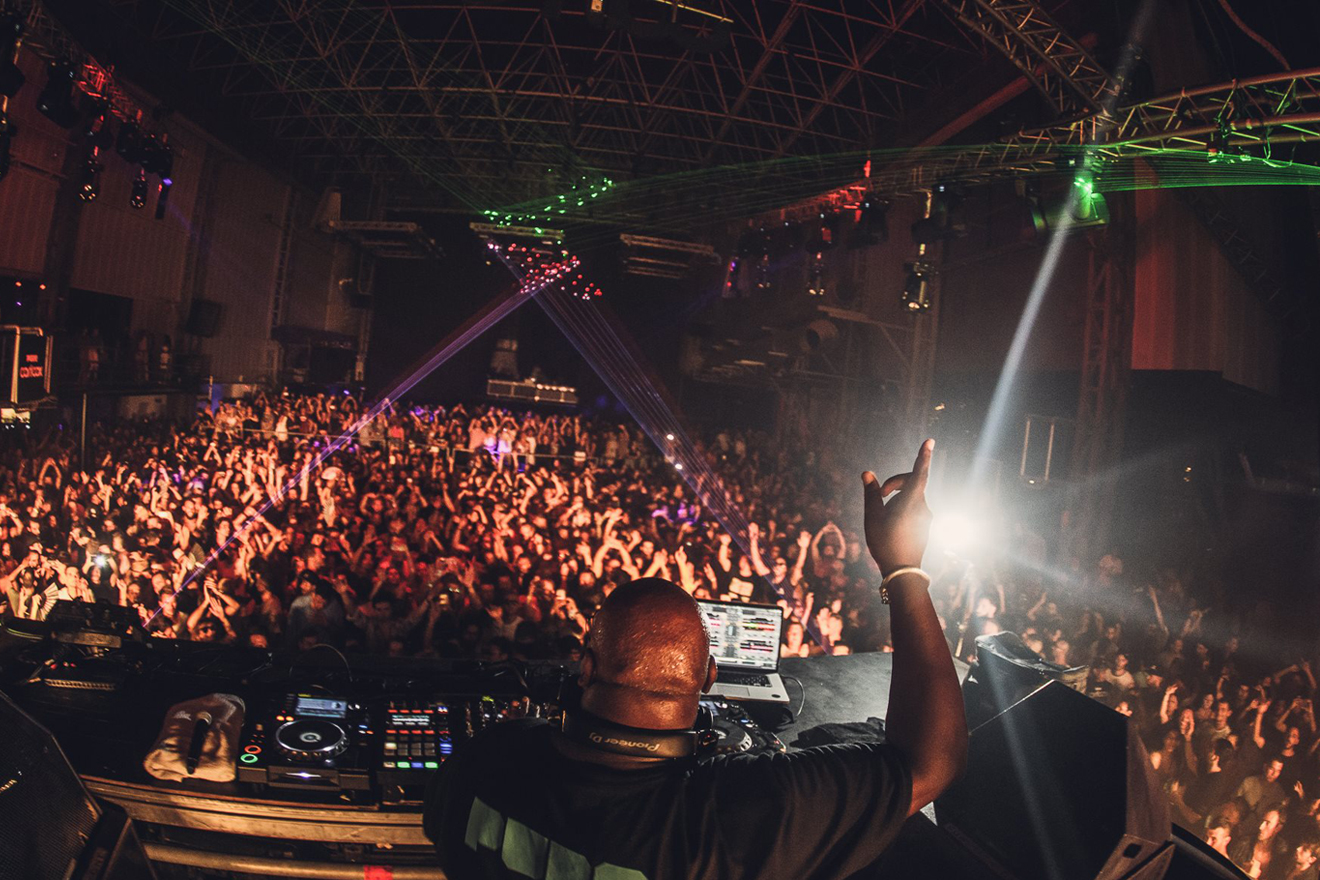 In an age when enormous superclub venues are getting harder and harder to fill, Carl Cox continues to draw stadium-sized crowds, pulling in heads from every corner of the scene without compromising the underground integrity of his music. In terms of sheer spectacle, his Pure Carl Cox parties at Privilege set the rave benchmark for a summer that otherwise felt somewhat disjointed. With promoters currently romancing superclub brands and DJ collectives, Carl looks destined to enter 2018 as the last true superstar DJ standing. After all, it's difficult to name another underground head capable of selling 12,000 tickets on their name alone. Both as an artist and as a unifying figurehead, Ibiza 2018 needs Carl Cox more so than ever before. 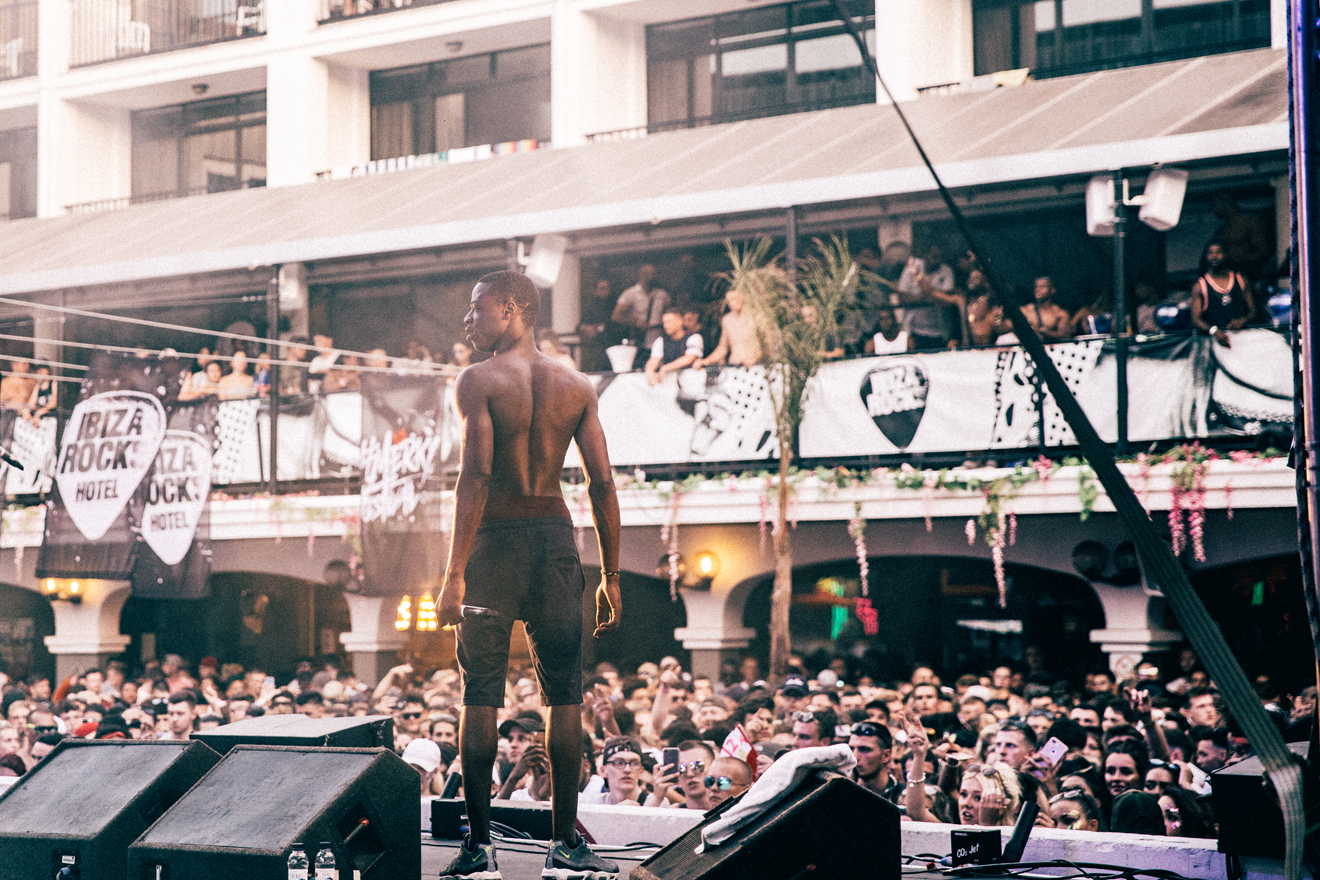 Once the traditional home of house, trance and very little else, Ibiza is now a bona-fide haven for rap, grime and UKG. This summer, Tinie Tempah's Disturbing event was one of Ushuaïa's most popular parties, while over at Ibiza Rocks Hotel, live PA performances from pop megastar Craig David and grime hero Stormzy easily outsold any of the four-to-the-floor shindigs staged at the San Antonio venue. Presently, the movement remains niche on the island, largely driven by superstar acts. But with top outdoor venues like Ushuaïa and Ibiza Rocks continuing to attract top artists to the island in 2018, the rap, grime and UKG scene will only become more influential. 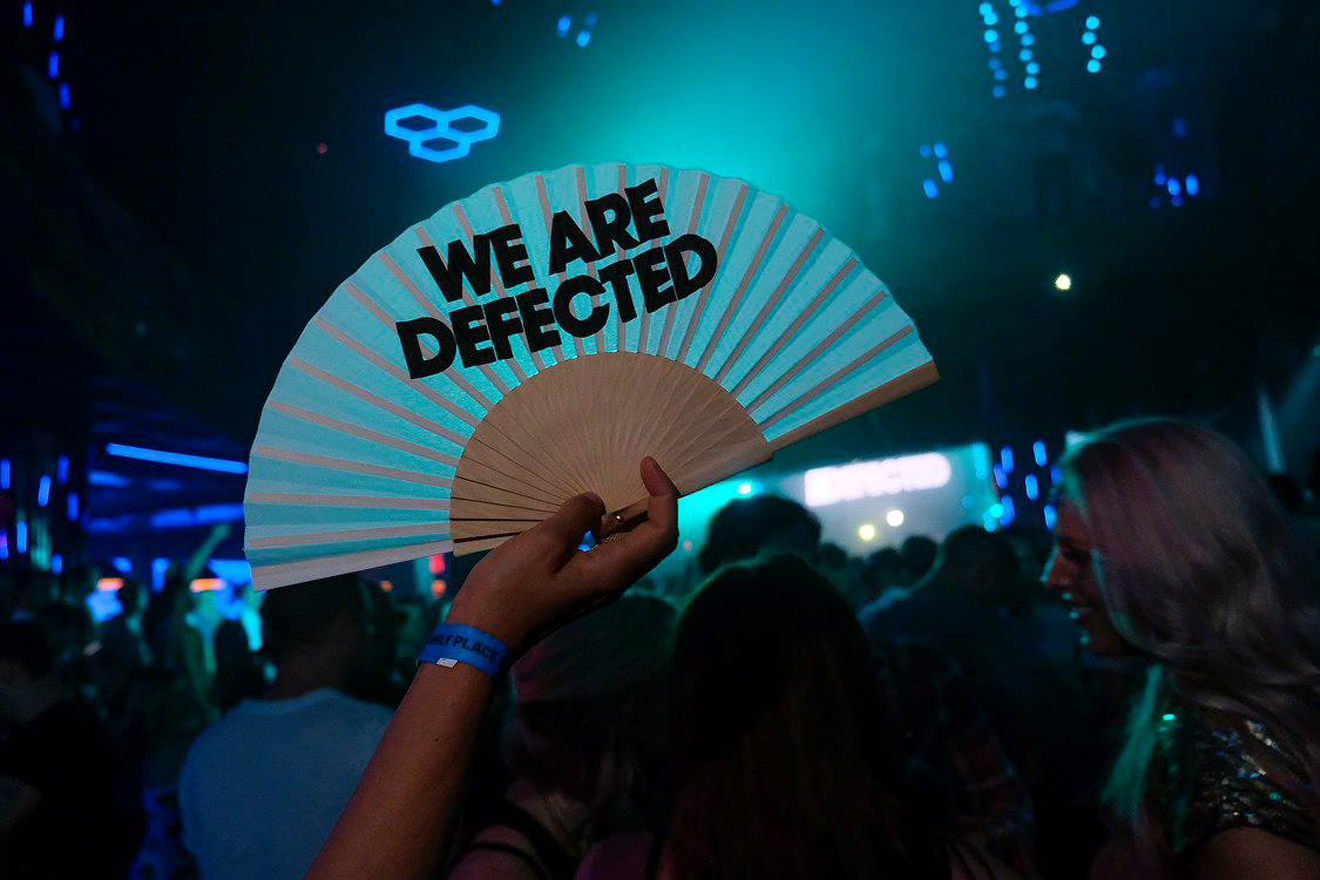 4 The kids will demand tech-house

In 2018, EDM will no longer be the prerequisite entry-level access point to Ibiza's best nightclubs. Rather than earning their stripes on the island's more commercial dancefloors, fresh-faced clubbers will head straight to Sankeys and Defected at Eden in order to kick start their clubland habit. DJ/producers like Solardo, Detlef, Latmun and Camelphat will continue to play a large part in the grassroots shift away from EDM, with accessible, upfront strains of tech-house music now lighting the way ahead for dance music's next generation. 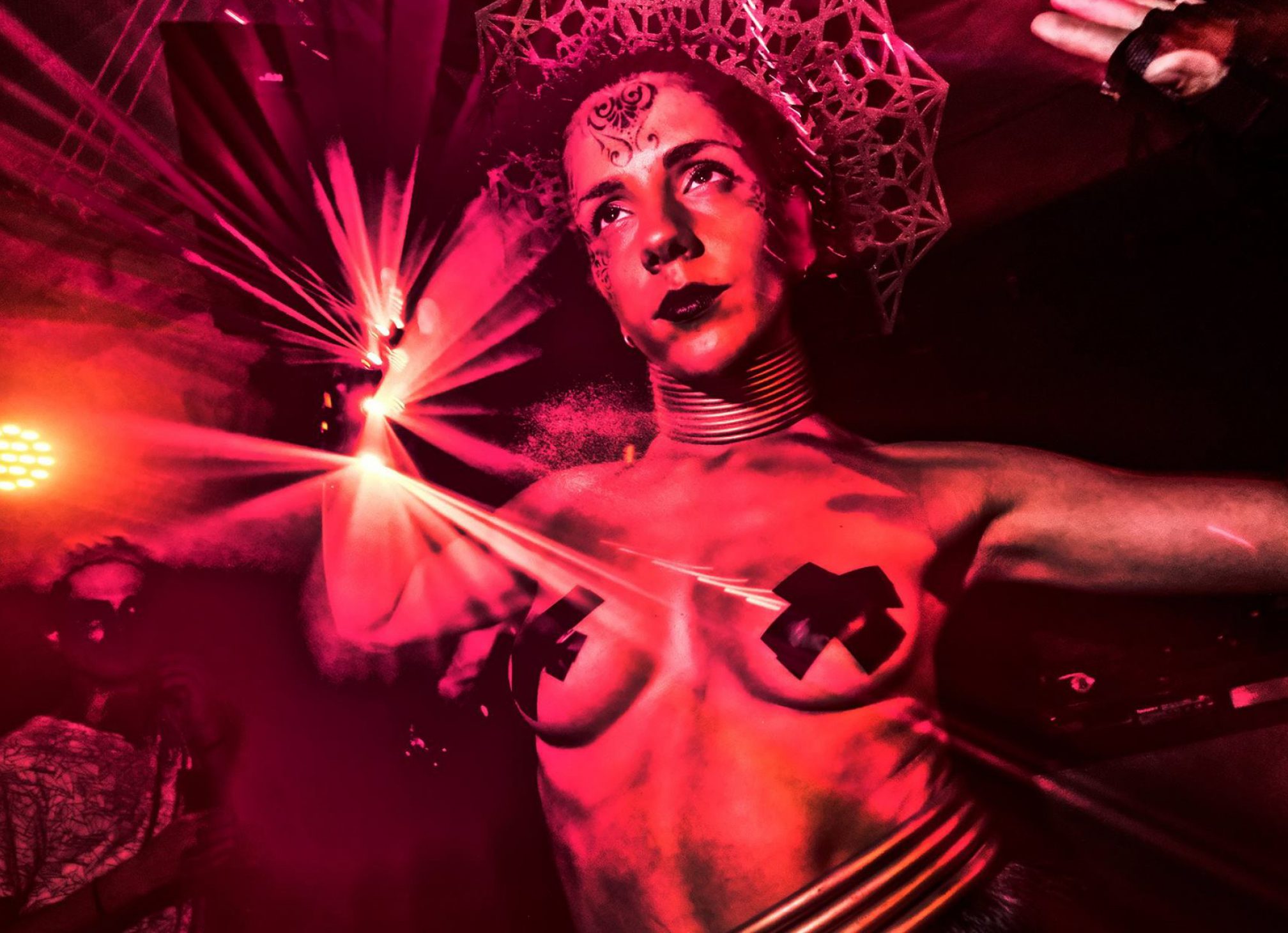 5 You’ll be hearing way more of the desert sound

The genre was fully supported at WooMooN at Cova Santa, Guy Gerber's Rumors residency at Destino, and also at Saga, Bedouin's new Sunday night event at Heart. Not to be outdone, Amnesia devoted a sizeable percentage of its marathon Closing Party to this sound, with Damian Lazarus, Lee Burridge and the emergent Rampue taking over the infamous Main Room from dusk ‘til dawn.

Judging by the complete lack of British ravers in attendance at Cova Santa this summer, not to mention the cultural escalation of all things spiritual, it seems logical to assume that this delicate tech genre will get more exposure next season. 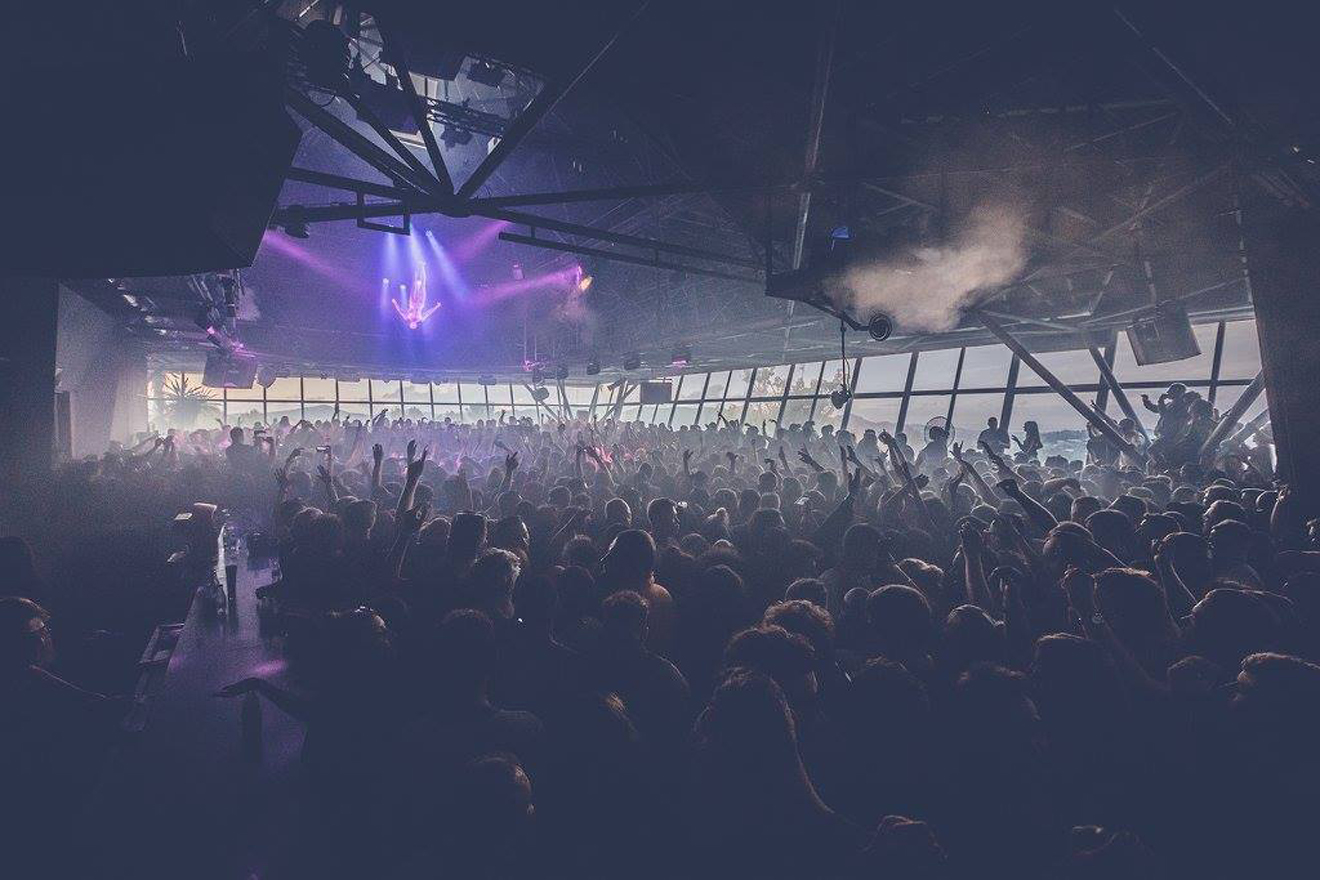 There were plenty of tears shed last October when Space finally closed its hallowed doors. Yet, the closure of one of the most famous party hubs on the planet worked as a catalyst to help revitalise another of the world's top dance music venues.

In 2017, Carl Cox announced his relocation from Space to Privilege, where he headlined two exclusive dates. Likewise, Tale Of Us, who set up their cult Afterlife party in the Vista Club side room. Coupled with Ultra's all-conquering techno brand, Resistance, which debuted in Ibiza this summer, Privilege finally delivered a weekly events programme worthy of the biggest nightclub in the world.

With Resistance rumoured to be returning with an even bigger party roster in 2018, the future of the old Ku Club suddenly looks wonderfully bright. Securing the continued involvement of Carl Cox and the permanent installation of Tony Andrew's phenomenal Funktion One soundsystem, however, is just as important for a nightclub that is now the only post-midnight venue on the island big enough to host a good old fashioned mega rave. 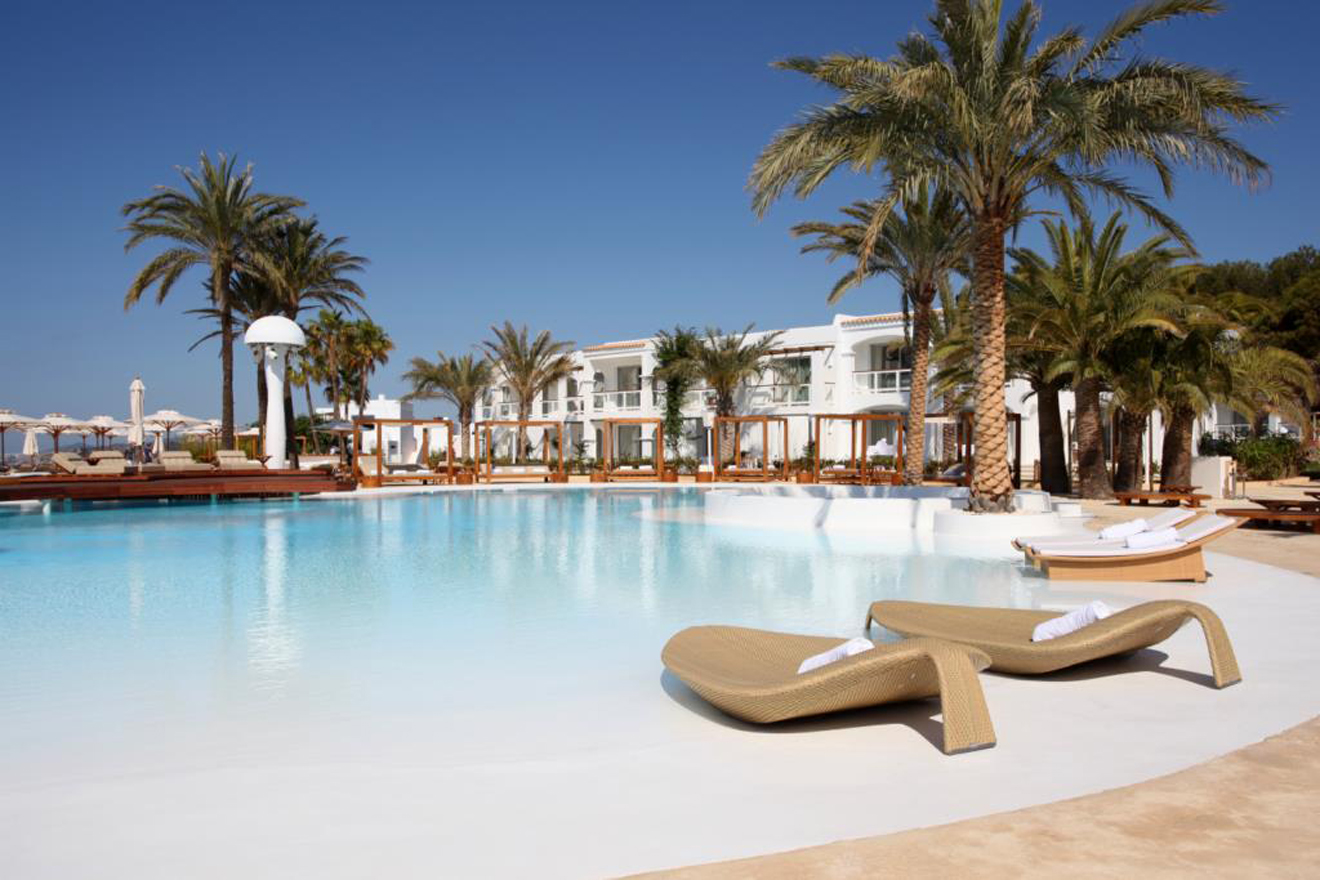 The average age of clubbers visiting the White Isle will continue to rise in 2018, as young, first timers look to circumvent Ibiza's astronomical prices and choose to party in Croatia instead. As a result, post-midnight clubbing attendances in Ibiza will continue to drop off. The reason? Simple. Older clubbers don’t party as much as the kids and when they do go out they're more than happy to dance around at one of the island's daytime venues, prior to dining out at a local restaurant.

It's worth mentioning, however, that the drop off in post-midnight numbers is not entirely age related. Balearic rave culture has changed dramatically since the early 90s. The idea of partying every night and avoiding the sun for the duration of your holiday is slowly becoming a thing of the past. As a fashion statement, pale and scrawny is definitely out. Nowadays, it's all about cultivating a six-pack and a tan and then showing it off to the world. Where Pacha, Amnesia and Hï are darkly lit, sun-licked alfresco venues like Destino, Ushuaïa and Ibiza Rocks Hotel offer the ultimate selfie backdrop. 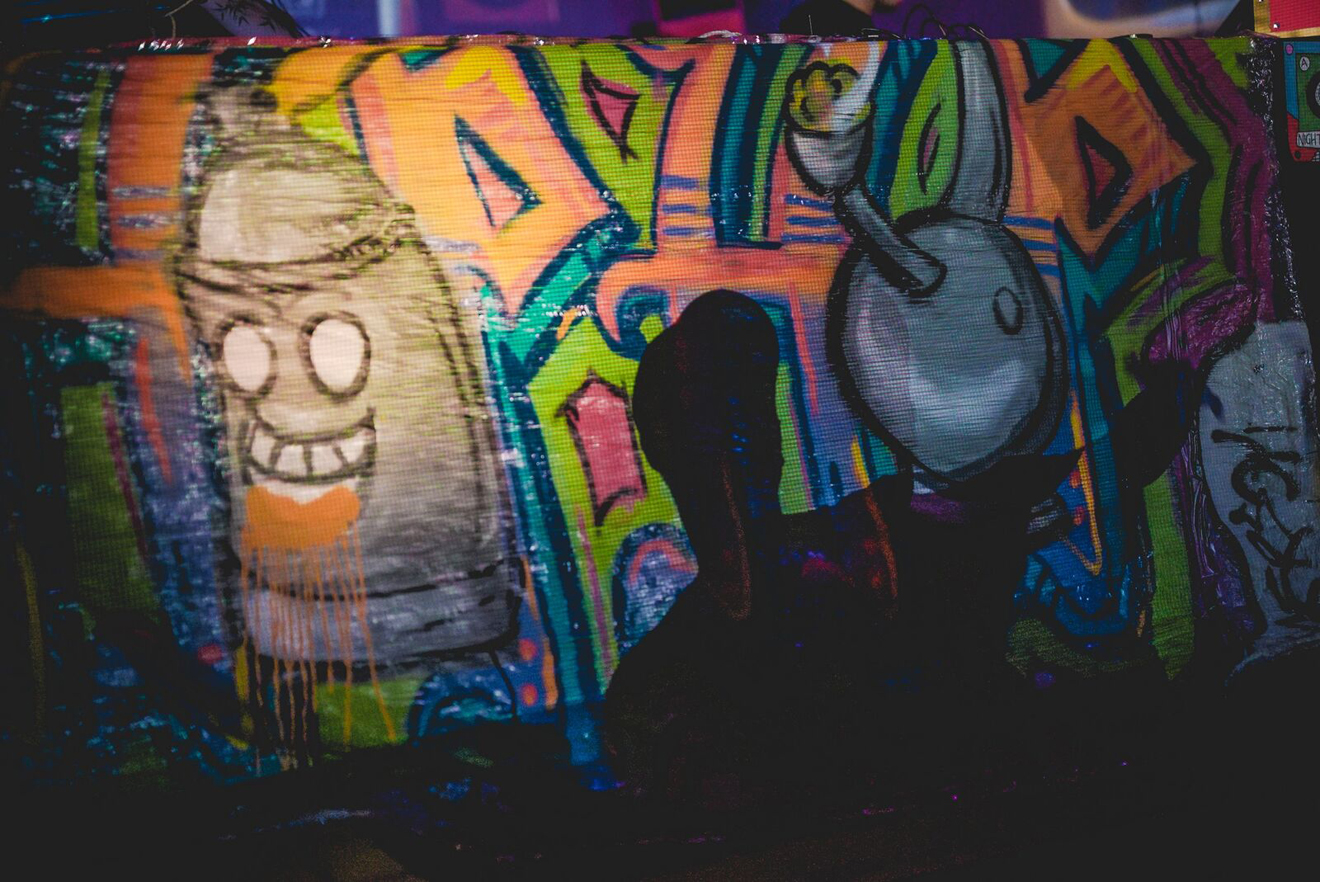 8 Music will be way more colourful

In 2018 the homogenised black-clad techno epoch will be over. Life on the dancefloor got a bit serious for three or four years, but next summer the music, the crowds and the DJs will continue to embrace a more vibrant hue. This summer, the shift was largely driven by the ever-vivid Elrow, the flamboyant disco sounds on offer at Glitterbox, Defected's vocal-driven house output, together with DJs such as Kölsch, DJ Harvey and Doorly at Pikes, not to mention the effervescent DJ Koze, all of whom were prepared to spice up their sets with some fun house music moments. And let's not forget the ever-eclectic Wax Da Jam at Las Dalias, where Nightmares On Wax head honcho George Evelyn and his special guest Seth Troxler ripped up the rulebook and played disco and jazz funk all night long. With the age of the typical Ibiza raver continuing to rise, expect the number of vocal tracks dropped in an average two-hour set to increase by the same token. 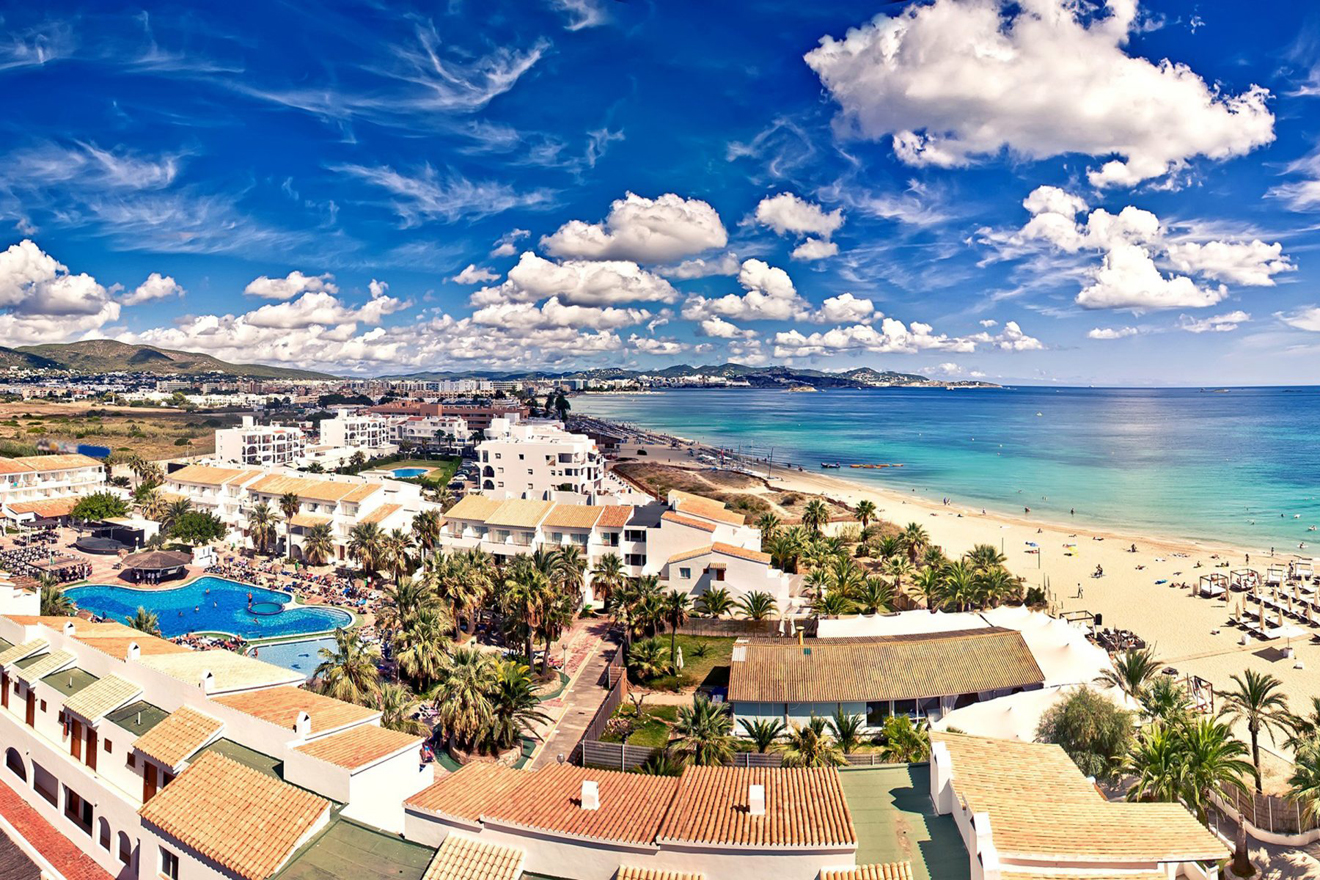 9 If greedy landlords persist, the accommodation crises might deepen

Spending the summer in Ibiza used to be a relatively straightforward undertaking. All you needed to survive was a PR job that paid a few hundred quid a month and enough clarity of mind to hang on to your house keys. If you fell out with your flatmates, split up with your partner, or made a permanent enemy of your landlord, there was always another apartment to move into. The advent of Airbnb, however, has changed all that.

This year, many apartments were utilised for illegal holiday lets, meaning there were fewer apartments available to rent than ever before. With supply limited, prices increased by as much as 25 per cent. Consequently, today's Ibiza worker has to work a lot harder than ever before in order to survive.

Consequently, the Ibiza worker of today is now a very different beast to the almost extinct creature that roamed the island 15 years ago. Nowadays, your typical Ibiza worker still parties three or four times a week, but their general attitude is far more professional. When you're working six days a week instead of two, this is to be expected. Moving forward to 2018, if yet more local landlords decide to start utilising Airbnb rather than renting out their apartments to ground level workers, the island could very well be chockfull of hungry, thirsty tourists with no one to serve them.