Glastonbury’s Arcadia stage was the gift that kept on giving at this year’s big comeback event. With a phenomenal line-up gracing its fire-breathing framework once again, Arcadia became the talk of Glastonbury weekend for a particular type of music fan who likes their BPMs fast and their dancefloors sizzling.

Read this next: 10 startling photos from the Arcadia Spider's incendiary Glastonbury return

A run of first class DJs took to the enormous industrial arachnid to conduct the dance, including Ishmael Ensemble and Afrodeutsche who delivered spine-tingling sets to bookend either side of the weekend. The vibes at both sets were electric, and now you can immerse yourself in the energy as we're bringing you the full mix recordings complete with tracklists. 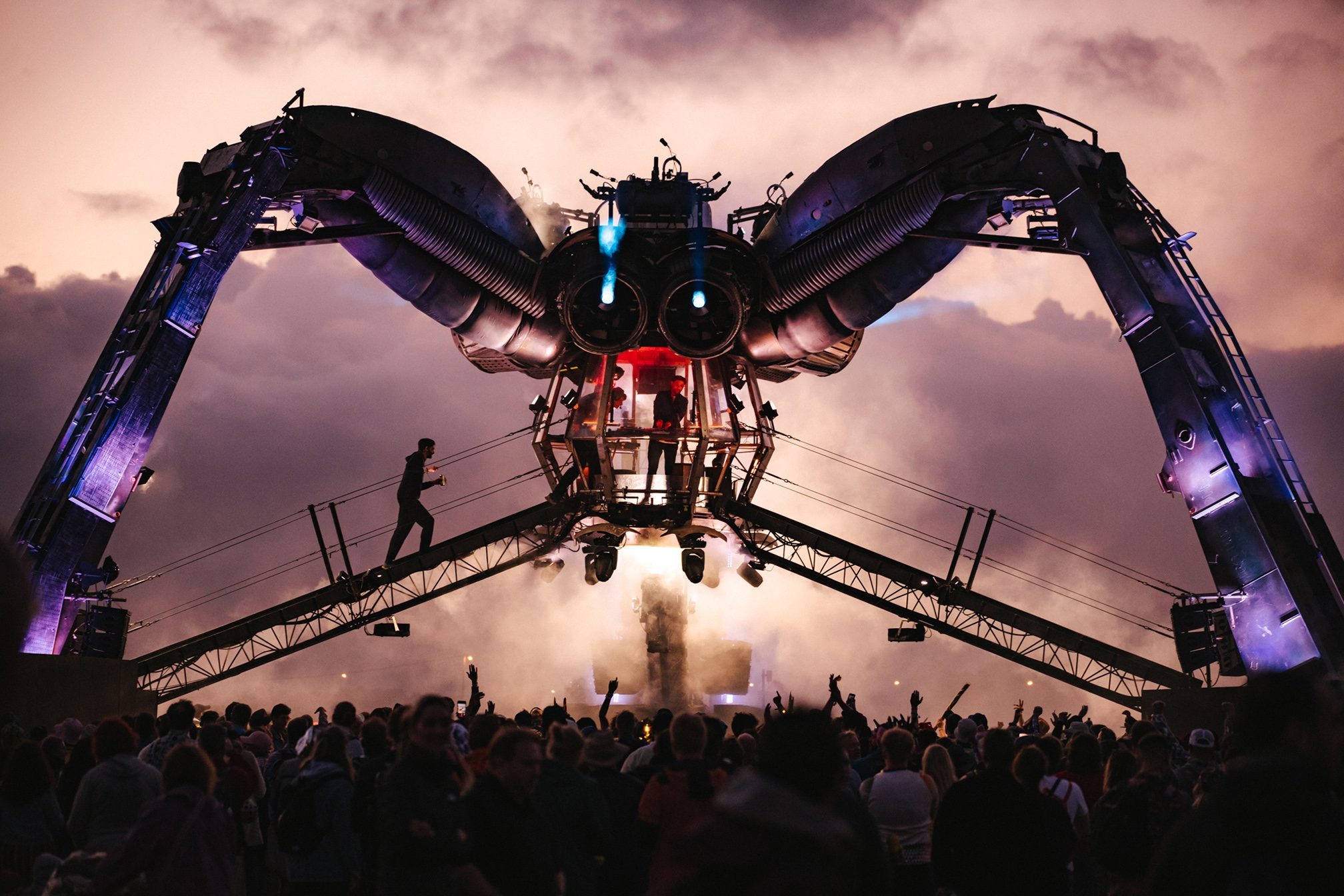 First in line to give the decks a spin was Ishmael Ensemble’s Pete Cunningham who delivered a half-hour opening set on Friday night, tapping into a rowdier energy than the Sunday morning opening slot he fulfilled with his band at the laid-back West Holts stage. As the first to step foot onto the spider, Pete fired up the flame-throwing antennae with some ferocious tracks from the likes of Four Tet to Kahn & Neek. “It's definitely the craziest stage I've ever played on,” Pete tells Mixmag after his show-stopping performance. “I remember walking up the gangway and looking down to see all of the gas canisters rigged up below and thinking, ‘what have I signed up for here!?’”

Coining it a gig he’ll “never forget”, Pete brought the energy to Glastonbury’s south-western corner and set the pace for a frantic weekend of pyro-loaded raving. “As soon as those flames kicked things off, I knew I had to go in hard,” he says. “It wasn't long before I was pulling for the big drum tracks from O'Flynn's ‘Tyrion’ to my new favourite record ‘Highdive’ by Gramrcy & John Loveless. Arcadia has always showcased the many different sides of dance music, so it only felt right to get out of my comfort zone and satisfy the teenage junglist inside me by dropping Special Request's absolute banger ‘Spectral Frequency’!” 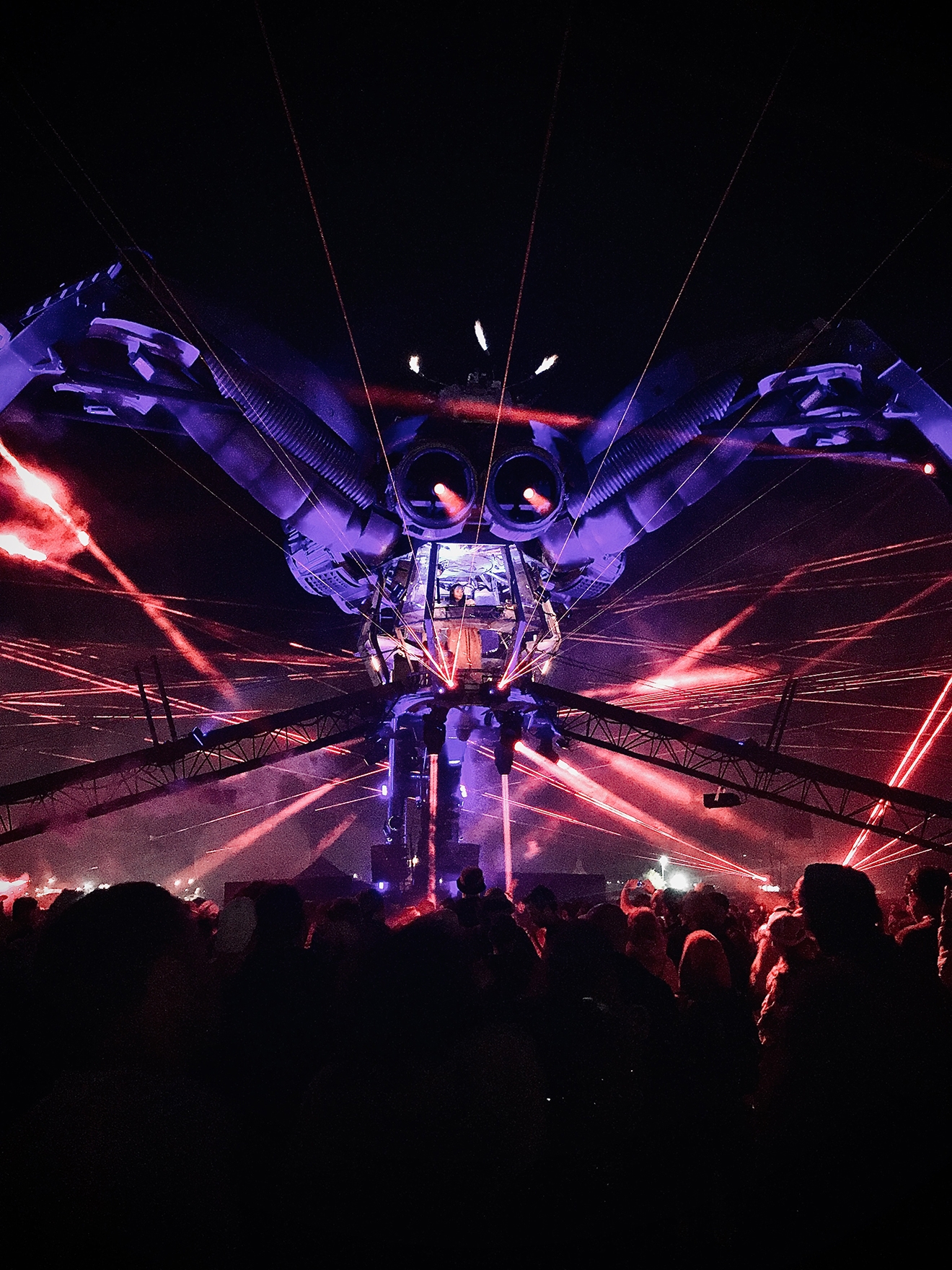 On the opposite end of the weekend, Afrodeutsche took the reigns as the final night drew. Following TSHA’s opening set on Sunday night, the producer set up and locked in for an hour of turbulent tunes. “It was mind-blowing… it was all-consuming,” says Afrodeutsche, AKA Henrietta Smith-Rolla. “The view up there was so amazing because the sun had just gone down - twilight on Sunday at Glastonbury is just the best time.” Speaking on the crowds, Henrietta quips: “People that were there were hardcore Glastonbury. It’s a Sunday night and they hadn’t gone home yet, and a lot of people have work on a Monday!”

Read this next: DIY defiance: Genosys Sound System brought the spirit of '90s rave to Glastonbury

Speaking about how she made her selections for the night, Henrietta thanks her friends for influencing the mix. “I definitely had the open-air setting in mind,” she says. “The whole set was a huge nod to my upbringing on the ‘90s rave and hardcore scene with things like The Prodigy and DJ Zinc - I just played tracks that I would have loved to dance to at Glastonbury and knew my friends would like to dance to, too! I asked myself, ‘how do I make sure my mates are having a good time?’. They were there right at the front having the best time!”