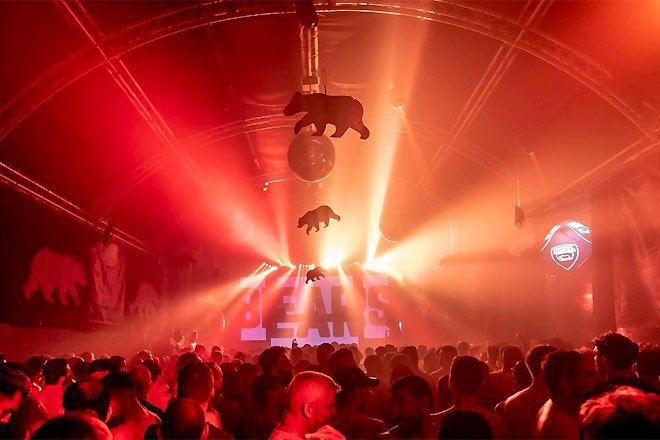 One of London's biggest gay nightclubs is facing closure.

XXL, which has been open for 19 years and is the only LGBT venue left in Southwark, is under threat from Native Land, the developers of an £1.3bn apartment, hotel and office development. The club has been given three months to close.

Mark Ames, co-founder of XXL told The Guardian: “Yet again, London is about to lose something that is unique to its character – the idea of open arms. This is a reflection on our society. There is no room for difference; everything has to be sterilised and the same. This is being done by people who don’t care about London’s community. All they care about is turning a buck.”

DJ Fat Tony also told the publication: “London can’t afford to lose another big gay venue. The gay scene has been so crippled over the last few years. We [still] need gay clubs because the world we live in is not going forwards, it is going backwards. In some areas of London people still can’t walk down the street together.”

The riverside development due to be built above the club’s railway arches and the surrounding land will comprise of 489 apartments, a hotel, offices, shops and towers up to 34 storeys tall. The club’s arches are set to be made into independent shops and undecided cultural uses, according to Native Land.

A spokesperson for Native Land said: “Native Land and its partners acquired Sampson House and Ludgate House in 2015 with a full planning consent obtained by the previous owner, The Carlyle Group. The consented redevelopment will open up a previously inaccessible quarter of Bankside to the public, delivering a mix of offices, independent shops, three cultural venues, apartments and a minimum of £65m of affordable housing for Southwark. There will also be extensive new public space and new east-west pedestrian routes, with the approved plans opening up the existing railway arches to connect Tate Modern, the South Bank and the existing local transport hubs.

"The two tenants of the arches, UBM and A&M Leisure (which runs Pulse Nightclub), have been fully aware of the development proposals since 2014 and neither objected to the existing planning application at time of submission."

James McNeil, co-runner of the club, and Mark Ames had proposed an LGBTQ cultural venue in the development but the plan was turned down, leading them to question whether the nationality of investors had affected decision making, given that attitudes towards homosexuality in Malaysia and Singapore (where the two main investors are based) are vastly different from those in the UK – with gay sex being illegal in both nations.

A spokesperson for Native Land and its partner investors said: “This is absolutely not the case. The redevelopment of the arches currently occupied by Pulse is part of a planning consent secured by the previous site owners Carlyle in 2014, and the plans for those arches remain unchanged since that consent was granted. Native Land and its investor partners are implementing this element of the development in line with the original consent, to create new office, retail and cultural uses and a public thoroughfare.”

Fat Tony has said that the club “wouldn’t go down without a fight”, but unless the planning permission for the redevelopment of the club is overturned, or the developers offer another solution, the last “bear” club in London will be closing its doors for the last time in three months.

A spokesperson for Native Land said: "We have yet to agree the cultural strategy for the overall Sampson House and Ludgate House redevelopment, which will need to be approved by Southwark Council. Although the operators of XXL discussed some initial ideas with us, it is too early to consider any specific proposals for the cultural element of the development.”

This story has been updated to include statements from Native Land