A sweat-drenched crowd of around 300 people whoop and cheer as another hefty kick-drum pummels the dancefloor, which is rammed from wall to wall. The room is dark and smoky, red lights flashing intermittently across the ceiling and ravers dancing on raised platforms around the edges of the room, while three bizarre performers, covered in tinsel from head to toe, cavort on a Olympic-esque podium in front of the DJ booth. Behind the decks Israeli duo Deep’a & Biri are mid-way through a four-hour set and things are getting intense. “The dancefloor is like a zoo!” says Deep’a (aka Yaron Amor). It’s hot, steamy and teeming with positive ions. We’re in Tel Aviv at the Alphabet club, 24 hours in to a 36-hour Gay Pride special, and the club is full of pure, concentrated energy. The party is called Pag, one of the city’s best-known gay-focused techno nights, and Deep’a & Biri are one of several local acts on the bill for this marathon event.

Tel Aviv’s population has almost doubled in size over the space of just one weekend thanks to its annual Pride event. Over a quarter of a million people, including 40,000 international tourists, are taking part in the festivities, making it one of the biggest on record for the Israeli city calls itself ‘the most gay-friendly in the world’. The rainbow flag is ubiquitous, hanging from the fronts of businesses, balconies, front doors and as far as the eye can see at the parade itself.

Young people have been working hard for years to establish this kind of culture, which is taken for granted in other cities around the world. “People here are fighting to have a normal life,” Deep’a explains. “We’re living in a complex situation; the ongoing conflict with our neighbours causes a lot of stress. Tel Aviv is fighting hard to maintain various types of culture. as nightlife, cuisine, art – things that are considered normal in Europe or the US – are very fragile and sensitive over here. When we started almost 14 years ago as promoters and DJs we had to battle to make it happen and convince people to come and play in Tel Aviv. It’s been tough.” 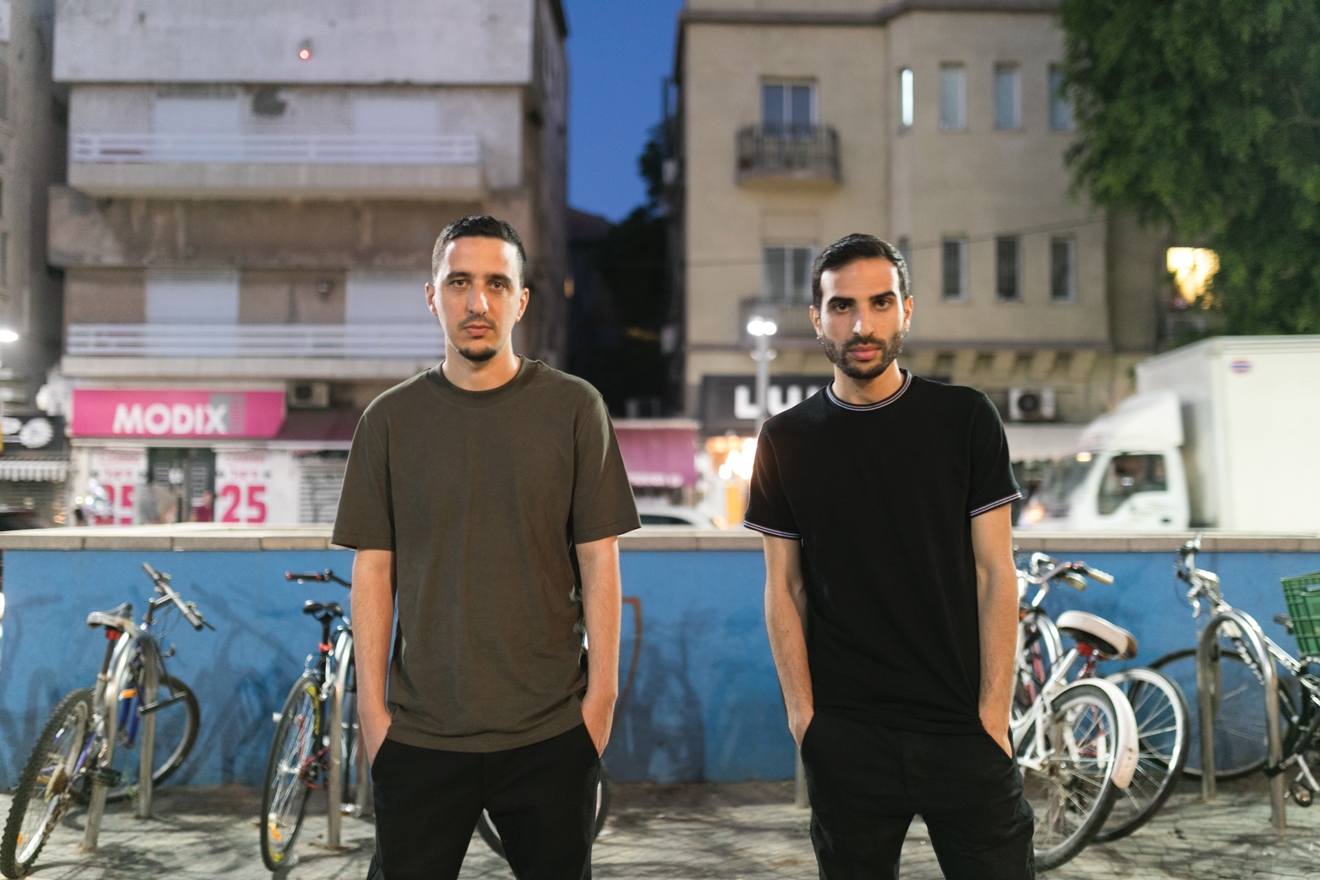 As most of the world knows, Israel is involved in a highly emotive and complex conflict with Palestine. The difficulties that have arisen from this ongoing and intense situation are felt every single day on both sides, by regular people who just want to get on with their lives. Music is a key outlet for the release of consistent tensions in the city.

“We never went deep into political statements,” Deep’a continues. “There are things the government do that we don’t agree with, and there are things that the other sides do that we also don’t agree with, but it’s clear the leadership of both sides need to do more to make peace. They need to wake up every morning and fight to make an agreement, but they don’t do it. It’s super complicated, so we tend to stick to art and positive action – things that are more universal and liberal.”

“There’s a huge responsibility here for the clubs to create a space for people to express themselves and be free,” the part-owner of Pag and Alphabet, Tal Maman, tells us. “It’s a complicated place, and being able to do what you want, listen to good music and be with your friends is important. It’s a great way to celebrate life – as clichéd as that may sound,” 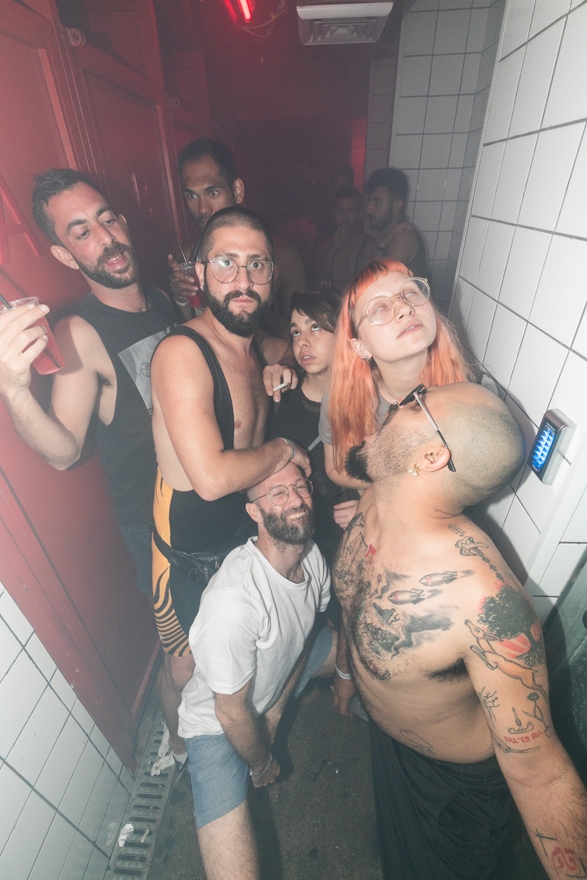 Tel Aviv is undoubtedly Israel’s most liberal city, a ‘bubble’ to which people flock from all over the country to soak up the permissive atmosphere. Good weather year round means the city has an abundant outdoor culture. It’s warm and welcoming, very social and is alive all day long. A lot of businesses stay open until late in the day, with lots of 24-hour joints, so the city is rarely quiet. This creates a constant pulse of energy that feeds into Tel Aviv’s club culture.

Deep’a and Biri got involved with the Tel Aviv club scene after they’d finished National Service. (In Israel it’s compulsory: three years for men, two years for women). They were both fortunate enough to land office jobs, avoiding any potential danger, though Biri did end up in jail for 30 days after going against orders and absconding one weekend to play a DJ set; “It was an important gig, so...”, he laughs.

“I think he’s probably one of the only DJs in the world who’s been to jail just because he played a set,” jokes Deep’a.

They remain just as dedicated, leaving their family and friends to relocate to Berlin at the beginning of 2018 (they ended up enduring one of the longest, coldest winters Berlin has had for quite some time). However, it served to galvanise their commitment to their art, and it was during this time that they completed their second album ‘Dominance’ (which was Album Of The Month in our April 2018 issue). The LP explores the ever-evolving relationship between humans and machines, and is a reflection of the duo’s mood during those cold winter months, with chilling atmospherics, cool pads and an air of melancholy permeating all 10 tracks.

Complementing the dark, foreboding music is the haunting cover, which demonstrates the duo’s love of visual art. It features an image by Avraham Guy, an orthodox Jewish artist who, prior to meeting Deep’a & Biri, had never listened to techno music before (Deep’a discovered Avraham’s art after picking up a Jewish prayer book he’d illustrated). Avraham is one of many artists connected to Deep’a & Biri’s inner circle and, during our trip, Mixmag meets some of Deep’a & Biri’s creative friends, from Yaron Barbi and Sean Doron who are working on a hotel project (complete with a stunning church which is being converted into a bar/club space) in Jaffa, the old town, to Shay Peled, the biggest art dealer in Israel, who used to promote parties with Deep’a, and DJs like Dana Friman and Anna Haleta, who set up Pacotek, one of the first techno parties in Jerusalem. All of them striving to keep Tel Aviv’s art and culture world buoyant. 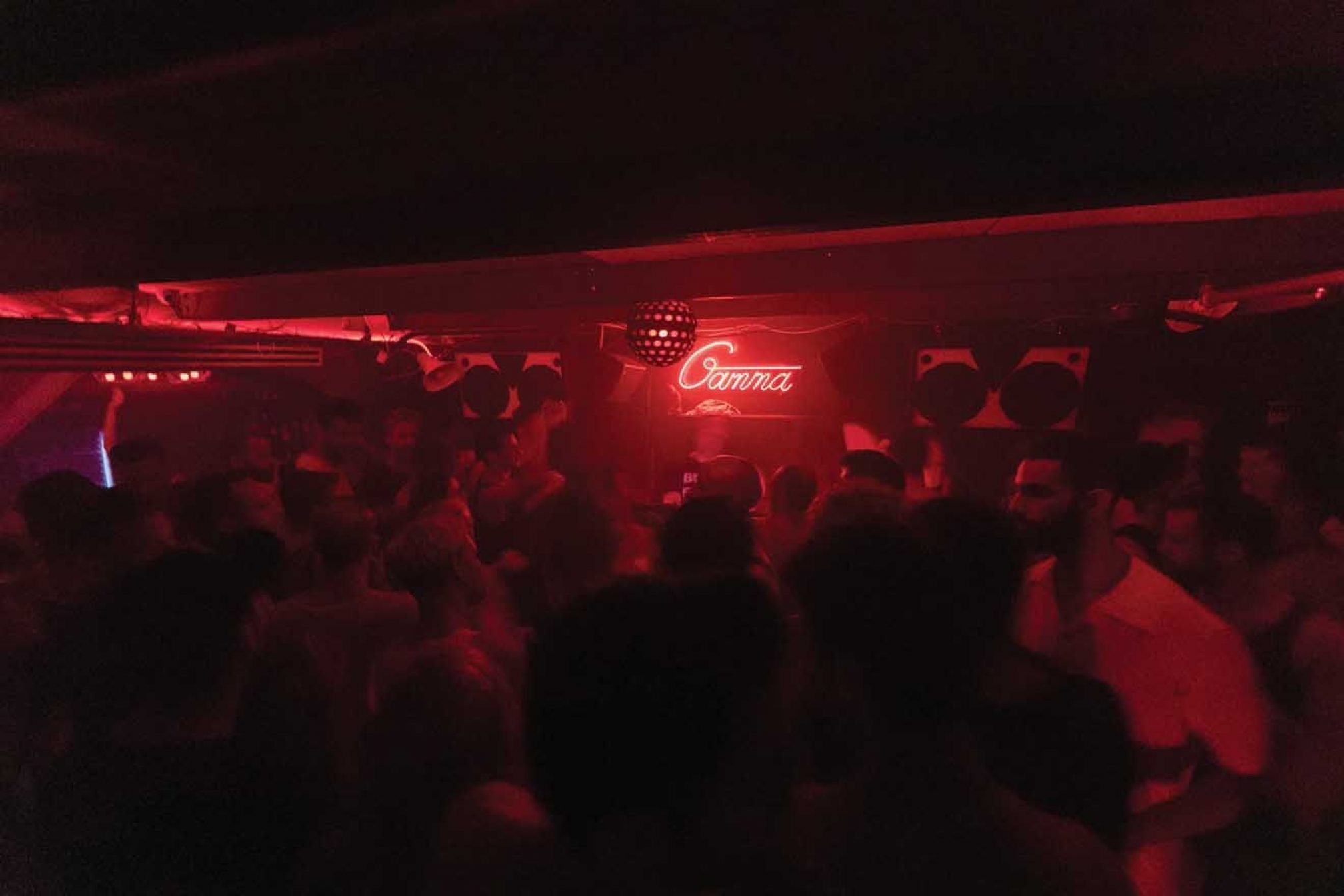 Tel Aviv isn‘t big, with a total population of just half a million or so in the main part of the city. This means that competition is high, with businesses vying for the attention of a small number of customers. Tel Aviv’s raving community is spoilt for choice, with several spots delivering international and local talent on a weekly basis. They include Sputnik, Breakfast Club, Alphabet, Beit Maariv and The Block.

“It’s a small city but there are a lot of clubs,” says Biri. “Like, four or five big ones that bring in amazing artists every weekend, so people here learn more about the music first-hand.”

“The crowd here are super sophisticated and well educated,” Deep’a adds. “As a DJ you have to know what you’re doing, otherwise you can’t succeed in Tel Aviv. This has shaped us as artists; this was our school.”

“They can be less patient, perhaps because of the tension outside and the political situation,” Biri continues. “They want to escape from all of this with a four-hour fix of peak-time music. The crowd like it harder here. I think that’s why trance is so big.” 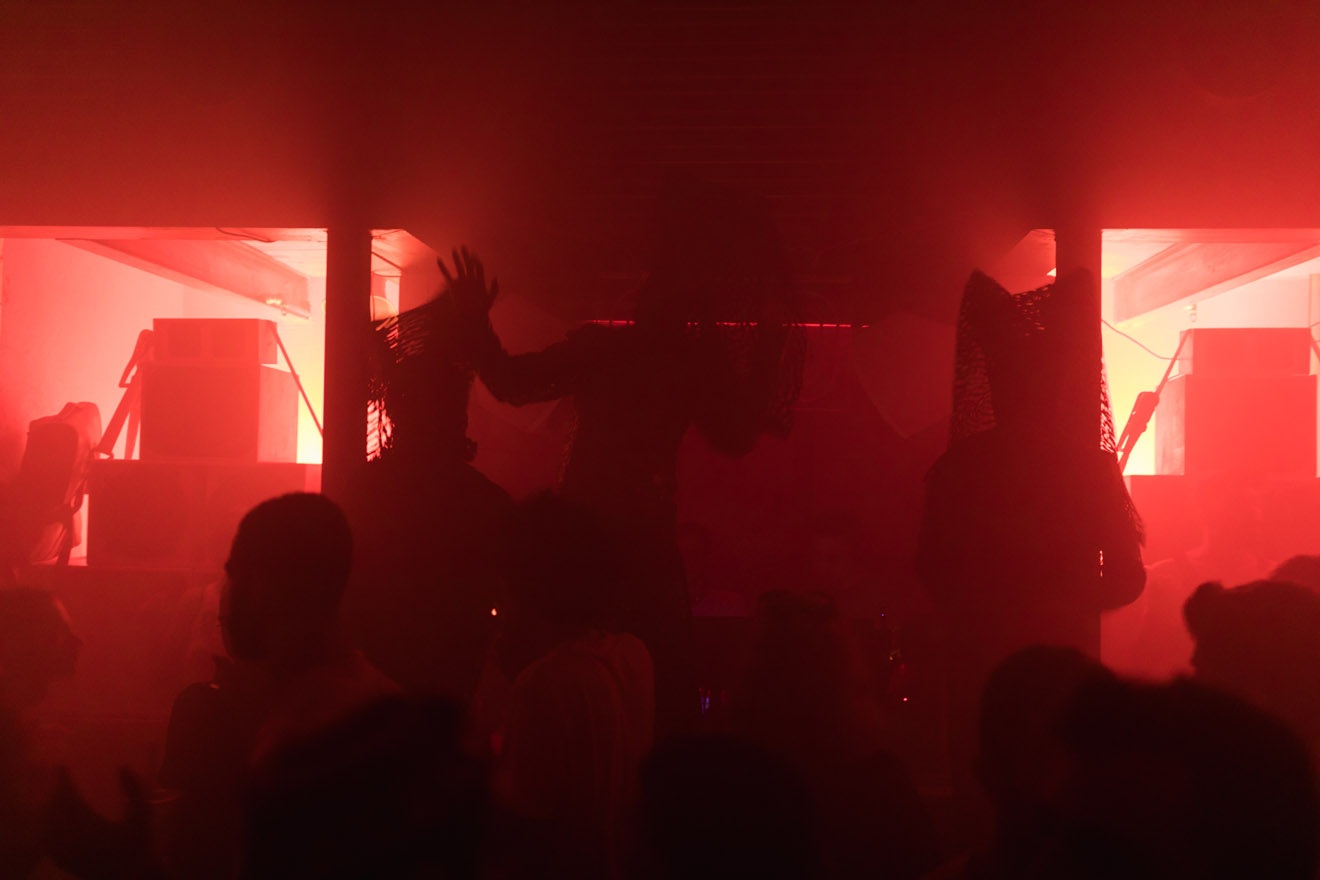 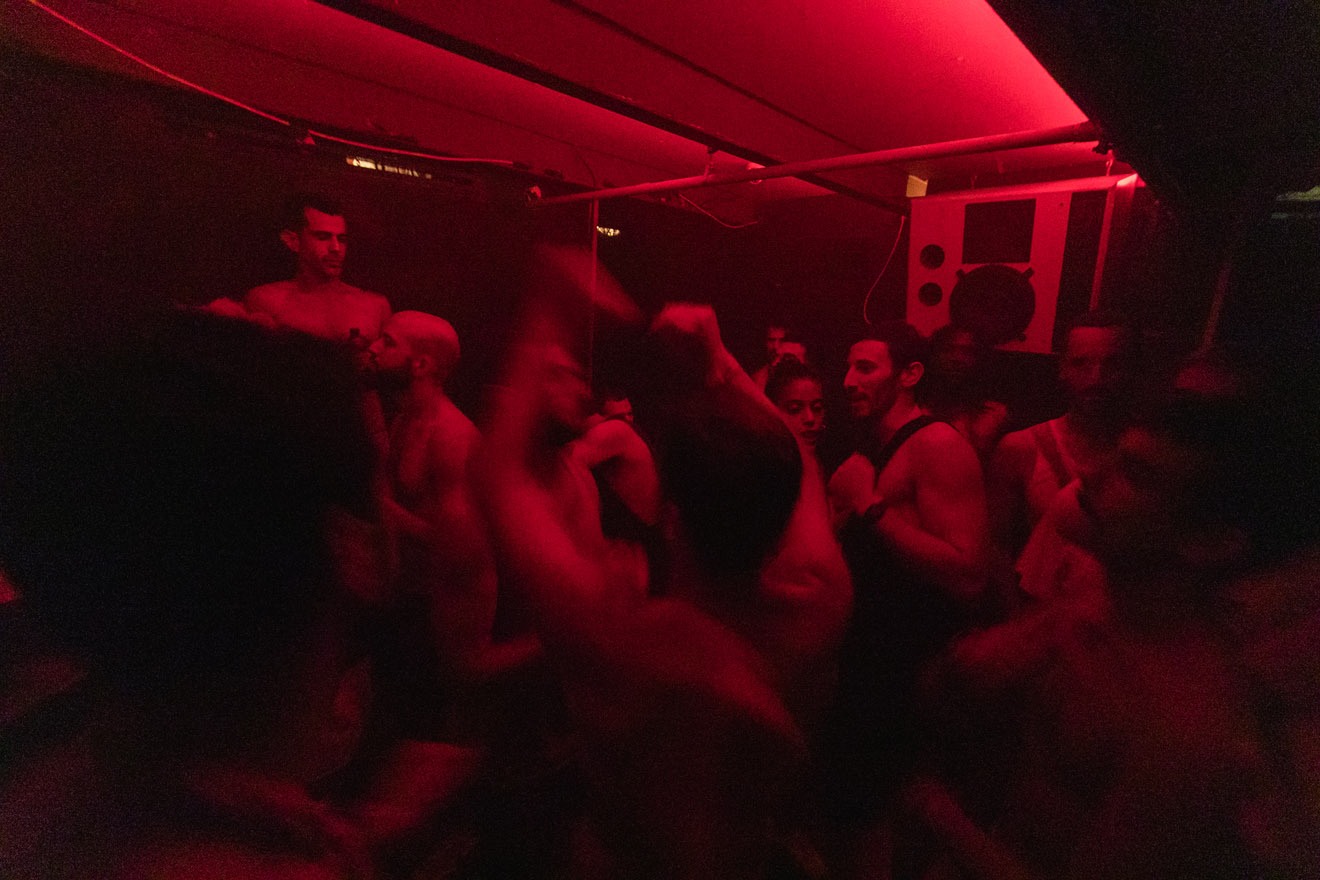 In fact, trance was the catalyst behind Tel Aviv’s thriving club scene and remains the most popular form of electronic music across the nation. In the 90s many of those who’d finished a gruelling few years of National Service began heading over to India to chill and recuperate. There they discovered Goa and psy-trance, and they brought it back to Israel, sparking the first electronic music events. Nowadays club culture and electronic music are booming in Tel Aviv with lots of growth over the last few years, plenty of international visitors and a growing number of outdoor events happening across the city. The north of Israel will be hosting the country’s biggest festival to date, Meteor, with headliners including Flying Lotus, Nina Kraviz, Kamasi Washington and Pusha T.

“One of the main motives behind what we do is to provide a space for people to let go of their stress,” Deep’a tells us. “You can feel that people need it; they need escapism. People here are living under an amazing amount of pressure. You watch the news and see that Iran are developing this kind of weapon or that kind of weapon – we feel it from all sides. So if we can do something positive that disconnects people for six or seven hours and makes them feel good, of course this is one of the main reasons we’re doing this – besides the love of music.

“There’s a well-known saying, ‘Dance like there’s no tomorrow’”, Deep’a concludes. “Living in this part of the world, you sometimes really don’t know what will happen tomorrow, and this feeling translates into a very instant vibe in our nightlife…”

As they smash through the last hour of their set you can’t help but appreciate the power of music to unite and liberate. Maybe the club scene can accomplish what politicians seem incapable of.