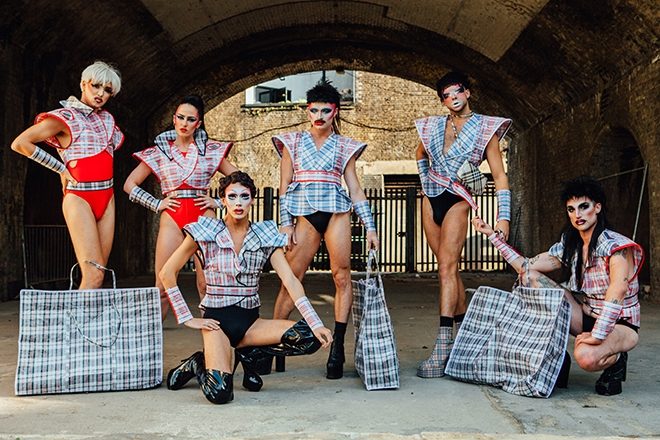 Festival collective and LGBTQIA+ club night Little Gay Brother has announced a 13-hour Pride takeover at Flat Iron Square on July 6. The 'Queer Carnival' will run after the official Pride March on July 6 from 4pm until midnight; the afterparty at London Bridge venue Omeara will run from 10pm until 5am.

The party honours the 30th anniversary of Stonewall UK, and a percentage of ticket and bar sales will go to the charity.

Kittin (formally known as Miss Kittin) and Berghain/Panorama Bar resident Massimiliano Pagliara will headline the event. They will be joined by a raft of acts, including Nimmo, Doppelgang, Gaff E, Reece Spooner, as well as Little Gay Brother residents, Maze & Masters, Chaka Khan't and Aaron Porter (live). Dance shows will also take place throughout the day and night.

Talking to Mixmag, Little Gay Brother founder Clayton Wright explains, "It's the 30th Anniversary of Stonewall UK, and the 50th since The Stonewall Inn riots in New York, so this year means a lot to the LGBTQ+ community. It's a chance for us to reflect on the amazing achievements and steps forward we've made for LGBTQ+ rights; decriminalising homosexuality, employment rights, parenting rights, partnership rights, lowering the age of consent."

He continues, "It's a chance for us to honour the people that came before us, those that who fought for these rights, those who lost their lives trying to make the world a better place. It's time to spread that knowledge and educate others on the injustices people in other countries are still fighting against. Pride is a time to celebrate our queer culture; House and Disco music originated on the queer nightlife scene, so naturally Little Gay Brother is planning a massive rave that celebrates that, in a fabulous way!"

Grab your tickets for the day and/or night celebrations here.