When will nightclubs reopen? Everything we know so far - News - Mixmag
Home Latest News Menu 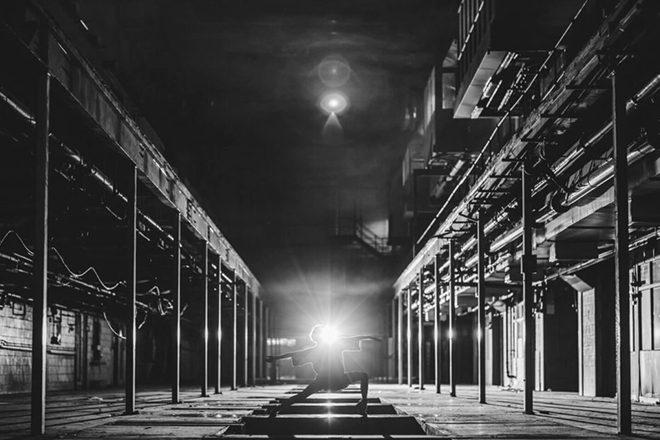 UPDATE 5/3: London club fabric has announced a 42-hour reopening weekend due to take place across June 25 to June 27.

Bristol club Motion is set to host its first open-air seated event from on April 16, four days after the first easing of lockdown restrictions, with line-ups for these "smaller intimate performances" expected to be announced next week.

Co-director Martin Page said to the Bristol Post: "It has been a long and winding road and it's just short of a whole year since we last opened our doors to the public.

"After we shelved plans for outdoor shows in December because of tier bingo, we are really pleased to be able to announce some smaller intimate performances from some of Bristol's best crews to kick-start us back into 2021."

The club will also host a summer garden party on June 26, with tickets on sale here.

UPDATE 22/2: In the roadmap announced by Prime Minister Boris Johnson, the government hopes to lift all legal limits on social contact by June 21 at the earliest.

Nightclubs and festivals in England will be able to reopen from this date, provided certain requirements are met, including coronavirus cases, deaths and hospital admissions continuing to fall.

Nightclubs have been closed in the UK since March 2020, unable to reopen throughout the length of the pandemic.

As businesses that were among the first to close and seemingly will be among the last to reopen, there has been widespread concern about the survival of the industry and the need for government support and a clear plan in place towards reopening.

Last October London’s Night Czar Amy Lamé said to Mixmag “we’ve been urging government to introduce extra emergency financial aid as long as the restrictions remain in place”, and later that month many major venues in the city such as Printworks, Egg London, Studio 338, Oval Spaces and The Pickle Factory were denied funding from the Culture Recovery Fund.

At the start of February the Night Time Industries Association (NTIA) warned “81% of nightclubs will not survive past February” without government support.

An urgent inquiry was launched into impact of COVID-19 on UK nightlife in January, with a 46 page report published on February 18, warning the sector faces “extinction” without urgent action from the government.

He indicated that the mass vaccination programme in tandem with rapid lateral flow testing could be used to open event businesses in the night-time economy.

A rapid testing music event in Barcelona in December was hailed a success, producing no COVID infections afterwards. But critics of lateral flow testing have warned that the test can often produce false negative readings.

Following Boris Johnson’s press conference comments, Nadhim Zahawi, the Minister for Business & Industry and COVID Vaccine Deployment, said nightclubs are unlikely to reopen until the mass vaccination programme has been rolled out widely, which is expected to be around September.

In February it was reported that the UK has the capacity to give every adult who is willing to be vaccinated their first dose by the end of June, and full double dose every person falling under the most vulnerable categories by this time.

Later that month Clive Dix, who helms a coronavirus taskforce, said every adult in the UK who will take the vaccine is expected to receive both required jabs by “August time or September time”, adding “maybe sooner if we need to.”

Early results of the UK vaccination programme have been hailed as a “spectacular” success, with research led by Public Health Scotland finding that in the fourth week after the first dose, hospitalisations were reduced by 85% and 94% for the Pfizer and AstraZeneca vaccines respectively.

In January, Isle Of Wight4 Festival organiser John Giddings urged UK prime minister Boris Johnson to allow the music industry to help administer vaccines for COVID-19, claiming those working in the music industry - which has been hit hard due to the pandemic - would work "24 hours a day" to ensure vaccinations can be given in venues and event spaces.

Other procedures being trialled to help music venues reopen are ‘health passports’, which will work as a track and track system by linking event attendees and integrating test results, and a ventilation system designed to wipe out 99.99% of harmful airborne pathogens within buildings.

This information indicates that nightclubs may be allowed to open towards the end of summer, when the mass vaccination programme targets have been met. However there is likely to still be required safety measures initially, such as rapid testing.

The event industry is showing some signs of optimism for this target. Events planned for last year for the the first half of this year have begun being rescheduled towards autumn. Bicep have announced their O2 Academy Brixton gig will take place on September 9; Erol Alkan was due to play Village Underground on April 24, which has now been moved to take place on November 12; and London’s Mighty Hoopla festival has moved from June to September, a decision made “following vaccine roll out timing reviews and rapid testing” according to Jamie Tagg, festival organiser.