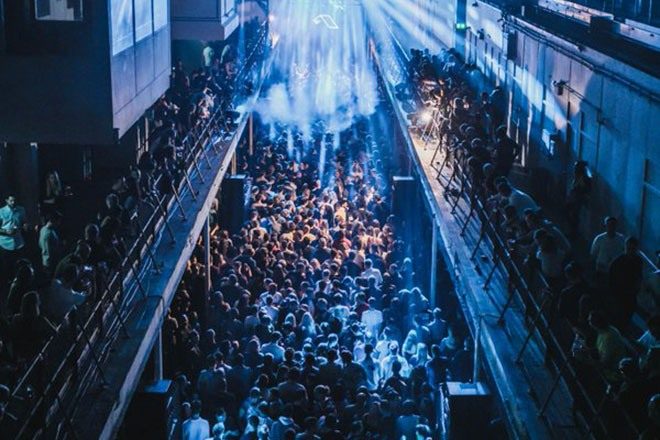 A number of major London venues and nightclubs have been denied financial aid from the Culture Recovery Fund.

Read this next: DJs can qualify for grants up to £10,000 from Arts Council England

The Night Time Industries Association has released a statement expressing its shock at the news, referencing the important role dance music plays in British music culture and the economy.

Michael Kill, the CEO of the NTIA, said: “We are shocked and dismayed that some of the key contemporary music venues, events and supply chain have been missed out of the cultural recovery fund, and with no clear understanding of the future, this has left many of them in an extremely difficult financial position.

“We have been aware all along that the fund would not be able to support everyone, and will leave many businesses who have missed out on this opportunity awaiting on a perilous cliff edge, but given the significance of some of the businesses that have been left out, we are concerned with regard to eligibility and fair consideration around the types of businesses and the criteria they have been measured against.

“We are keen, alongside hundreds of unsuccessful businesses, to understand the criteria with which some of these decisions have been made, and gain an understanding of when and if there will be further support for the sector through cultural funding, as we are losing important businesses and people every day.”

Read this next: Music venues awarded grants of up to £1 million from Arts Council England

A number of venues owners and employees have also made statements.

Simeon Aldred from Printworks said: “Devastated to hear from the Arts Council that we did not fit their criteria for a culture recovery fund grant to save venues like Printworks, Depot Mayfield, The Drumsheds and Exhibition. Can someone please help me understand how a company that is privately owned and run by a small team that have built this from scratch with our own money and created as voted by DJs and the audiences some of the most important venues in the UK and possibly the world are not being given even one penny.

“We generated 34,000 freelance shifts at our shows last year and paid millions in VAT and tax. Many of our contemporaries in the UK got the grant (which I am pleased about) but we have not been given a penny. I have to say on a personal note I am completely broken by this.

“All of our venues sit in major regeneration areas and in addition to providing cultural experiences provide jobs for local economies something I would have thought the government would be supportive of.

“We will keep fighting for the millions of people who attend our shows as we love what we do but hope the arts council could reconsider our application for support.”

Jo Splain, who works across The Pickle Factory and Oval Space, said: “I am still at a loss as to how our venues have not received any support from the Cultural Recovery Fund. We are renowned for the depth and quality of our events programme and for our importance to a long list of underrepresented communities, movements, artists and creatives with whom we work and welcome on a daily basis.

“Yes, the ethos behind our programming is most certainly rooted in club culture, and we are proud of this, the celebration of diversity, inclusivity and it's disruptive nature.

“But, if spaces more closely aligned with authentic club culture have for some reason been overlooked by this fund, then there simply must be alternative financial support made available to them. These are the places where groundbreaking artists and creatives first present their work, often years before they achieve mainstream recognition and are recognised as being of cultural importance. The effect of losing venues such as these will damage the cultural landscape of our cities immeasurably and will be felt for generations to come."

Studio 338’s Dan Perrin said: “We were heartbroken to discover that we were not deemed worthy of support by the arts council England. As the biggest nightclub in London and one of the biggest in Europe, this was obviously a shock and something which we find very difficult to understand. The reason given is that they did not feel we are financially viable. Again this is shocking, as before COVID we were widely regarded as one of the most successful venues in the U.K. and will be again if we are supported during this difficult time.

“Whilst I was delighted to see the likes of the Ministry of Sound and Resident Advisor receive funding, it is clear from my research that the venues and organisations which received support used consultants to complete the paperwork and those which didn’t have this resource or experience of asking for public money were rejected. This is plainly wrong as it means large organisations receive funding whilst independents do not.

“We thank the Arts Council for their efforts so far but ask them to rethink this decision. For one venue in London to receive almost a million pounds, an online ticketing website 750k and Studio 338 nothing is a plainly wrong and seems to be based on a competition to see who can write the best proposal as opposed to being a fair system to allow all venues the opportunity to survive this existential threat.

"In 2016, we suffered a major fire from which we recovered without any help or assistance. Since then Studio 338 has gone on to be voted one of the top 20 clubs in the world. Its demise would be a tragic and irreplaceable loss for the UK's dance music scene. Unlike many organisations on the list we did not ask for a huge sum, just enough to help us survive until next year by meeting our basic commitments."

Egg London’s Brand Manager/Creative Director Laurence Malice said: “We are devastated by the news we will not be supported by funding from the Cultural Recovery Fund, Egg London has and always had over the last 17 years a large outreach ethos from setting up workshops with the local council estate projects to show the community that there are other ways to live your life outside of crime. We also have close ties with Central St Martins setting up Exhibitions and Events with the No 1 Arts University in the World.

“We support grassroots DJ performers and promoters and Live Events by offering Cell 200 to many free of hire fees to help cultivate new talent within the community . The main body of the club is used during the day as a DJ School for Music Production courses to help local youngsters procure a sought after skill.”

A number of venues, festivals, record shops, platforms, booking agencies and other music related organisations have received grants of up to £1 million so far, with millions more in funding to set to be announced in the coming weeks.