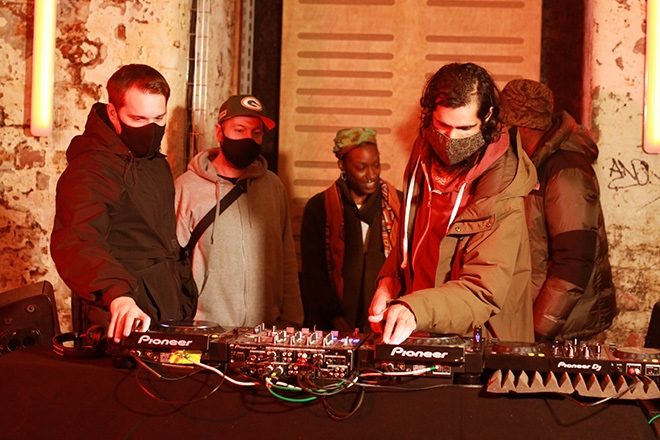 Swing Ting parties are perfect for ravers who like to station themselves by the front left speaker stack and soak up the full force of the musical vibrations. With resident DJs skilled at traversing the spectrum of soundsystem-inspired styles - including dancehall, UK funky, UKG, r'n'b, Afro bashment, reggaeton and much more - they always whip up an irresistible carnival atmosphere.

You'll be able to feel the vibes next week - June 15 - as we're streaming a family affair Swing Ting set at SOUP, Manchester, featuring sets from LZ, Joey B, Sharda, Samrai and Meme Gold, with hosting from MC Fox throughout.

In partnership with THE FACE and Beefeater Gin, we're celebrating independent music venues around the UK and Swing Ting’s long-term home SOUP as a venue to champion. The multi-award winning venue is one of the best-loved clubs in the city, with the dimly lit basement and fearsome sound combining to form all the ingredients needed for a banging party. It also hosts a canteen and bar upstairs.

Tune into Swing Ting's set at SOUP from 7pm BST on June 15 on Mixmag's Facebook and YouTube. Set a reminder to watch here.