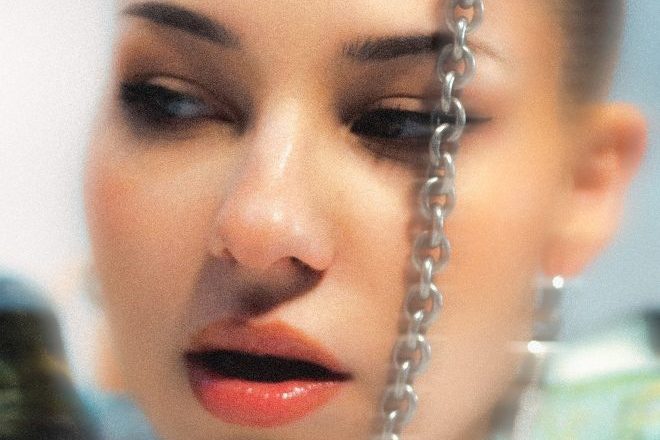 The Technicolour EP will be released on January 28 2022 - as part of the Ninja Tune family.

'Projections' spans six tracks. The Mixmag cover star says that this EP marks a "new chapter" in her life.

"Being in a new city gave me courage to explore some territories I thought I could never reach in my music," the artist said in a statement.

Read this next: "I want it all": VTSS' no-holds-barred approach is inspiring her artistic evolution

The Polish artist had a "positive" cultural shock when she relocated from Berlin to London last September. She discovered a drastically different mentality, and with it, the "opportunity to reinvent herself".

"With clubs being closed and there being no perspective on when it was going to change," she says, "I felt free for the first time to do what I wanna do. And being in London, being surrounded by friends who are outside of the 'techno bubble' — everyone here is more genre fluid. That was really inspiring".

Alongside the announcement of the project, VTSS has released her new single 'Trust Me', a sub-110 BPM crawler that encapsulates the sound of VTSS.

“Being in a new city gave me the courage to explore some territories I thought I could never reach in my music. 'Trust me' is the result of that and one of my fav tracks I've made”.

Read this next: The A-Z of techno

'Projections' is available to pre-order or pre-save now. It will be released on all digital formats on January 28 2022.

It will be released on vinyl in Spring 2022, to which the Maja commented "thx adele" in an Instagram caption.

Read this next: Adele's '30' accused of causing major vinyl delays

Listen to 'Trust Me' below.