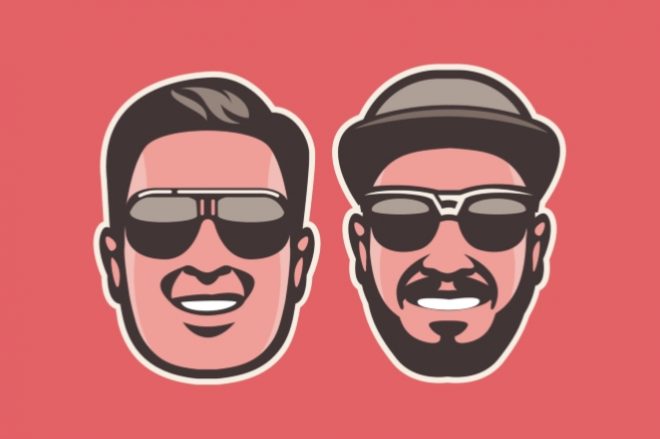 The Disco Pirates have released a 10-track project titled 'Getting Away With Murder Vol 1', featuring all bootlegs by the South African duo.

This megamix features all things disco, soul, funk and house as the duo have promised to provide the soundtrack to a summer of fun and "a party like no other".

The Disco Pirates, comprising of Shaun Duvet and Ronald Rowley, are also going on a South African tour over the coming months to bring the party to various venues around the country.

Full list of dates and venues for their South African tour can be seen on their Instagram.

Shaun and Ron narrowed down the large range of house, disco and soul classics to ten of their favourite old tunes and remixed them in their own bootleg, which took around two years to complete.

Read this next: History revision: The art of the disco edit

Shaun has been in tune with dance floor culture since growing up in Johannesburg in the mid-1990s - he now heads up The Unit, an entertainment-based holding company in South Africa.

Ronald, originally from Durban but now based in Cape Town, has a residence at Origin and collectively secured residencies at Czar & Tilt.

Read this next: Listen to a funk and disco playlist curated by Ali Love and Nicky Night Time

The duo have wanted to make this project to bring together their favourite tunes.

1. The Temptations - Papa was a rolling stone (The Disco Pirates Bootleg)

5. Siedah Garret - Do you want it right now (The Disco Pirates Bootleg)

7. Patrice Rushen - I was tired of being alone (The Disco Pirates Bootleg)