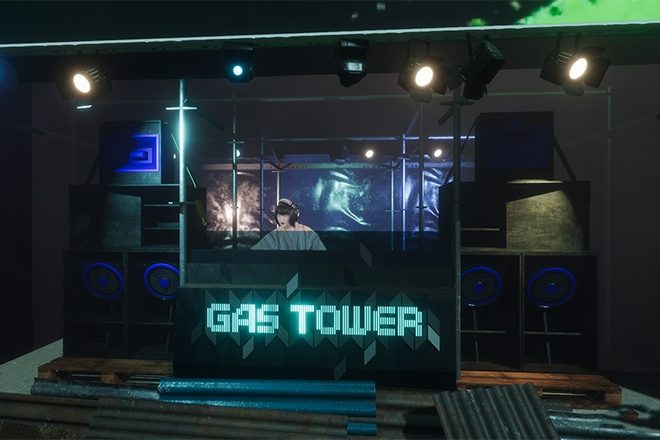 Talking about his upcoming set, DJ Sneak said it'd be a "no-holds-barred" and "bangin' ass set". If you're wondering what to expect, HITO told Lost Horizon her set can be summed in three words: "Love, happiness and positive!"

Those with VR headsets can get the full party experience on premiere virtual events platform Sansar. Here, you can also get involved via your PC, mobile and browser. Up until March 13, you can grab a six-show season pass for $10. Head here to get that. Then there's the option to watch a free stream on Twitch, which can be signed up for here.

Lost Horizon - created by the team behind Glastonbury's Shangri-La - will also welcome the likes of The Martinez Brothers, BLOND:ISH, Low Steppa, Tensnake, Busy P and more from March to May.

The Martinez Brothers are joined by Jaden Thompson and Christian AB & Quest on March 20th, Low Steppa, Goldfish and Tensnake play the Armada Record Box party on April 10, BLOND:ISH hosts the Abracadabra showcase on April 17, Canadian label Monstercat presents Kill The Noise, Modestep, Dirty Audio, Tisoki, Reaper and Rome In Silver on May 1 and Busy P fronts the Ed Banger Records showcase on May 15 with Breakbot, Myd and Andy 4000.

Across these events, you'll have access to a bunch of different environments: Freedom, The Gas Tower, Nomad, SHITV and the ShangrilART gallery, as well as "wild dancefloors, secret afterparties and hidden wormholes."

Kaye Dunnings, Lost Horizon and Shangri-La's Creative Director, said: "When the pandemic made human contact impossible, we built Lost Horizon to create a way for the show to go on. It is a place to talk, dance and meet with friends from anywhere in the world without leaving your living room.

"Our Spring Season of virtual and live streamed events opens the doors of the musical metaverse to everyone, in a creative, interactive and accessible way."

Director Robin Collings said: “We all just want a banging rave and, since the virus has the clubs shut, and the soundsystems in hiding, we thought we’d use the new tech available to get on the dancefloor again. Still need that sub tho!”

Lost Horizon came to fruition in July last year with artists such as Peggy Gou, Carl Cox, Jamie Jones, Jaguar and Seth Troxler all playing the VR event. With no IRL festivals, Lost Horizon drew in a whopping audience of 4.36 million with that event.

Check out what went down at Lost Horizon's December series below and head to the Lost Horizon website for tickets and more information on the upcoming season.