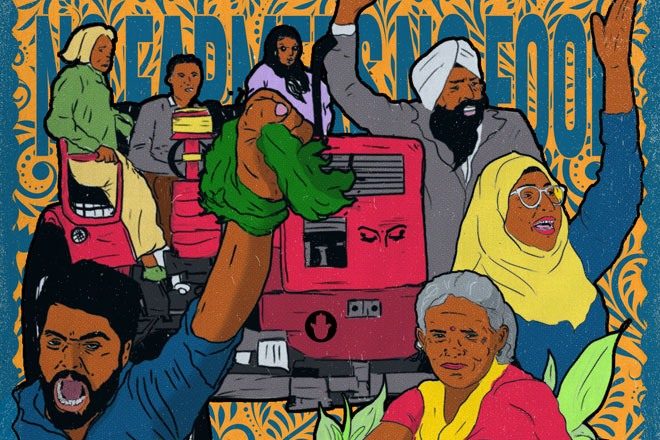 Daytimers and No Nazar have organised a 24-hour fundraiser livestream for protesting farmers in India.

The stream kicks off this Saturday March 13 and will feature Jyoty (pictured above), DJ Complexion, Nabihah Iqbal, Anu, AHADADREAM and many more.

Farmers in India have been protesting new laws that threaten to ruin their livelihoods and which the Indian government has so far refused to compromise over.

Read this next: Jyoty "Push yourself and don't be scared"

The protests have been going on since November and have seen tens of thousands of farmers take part and also set up huge camps outside of New Delhi. Solidarity protests have also taken place in other countries around the world.

Daytimers and No Nazar aim to draw attention to the farmers' protest movement and raise money to support it.

A JustGiving page has been set up with all proceeds going to Khalsa Aid, an NGO that is directly helping farmers on the ground in India.

You can also register for the event on Eventbrite and watch the livestream from 10pm GMT this Saturday via the Daytimers Twitch.

Read this next: Nabihah Iqbal - Steeze 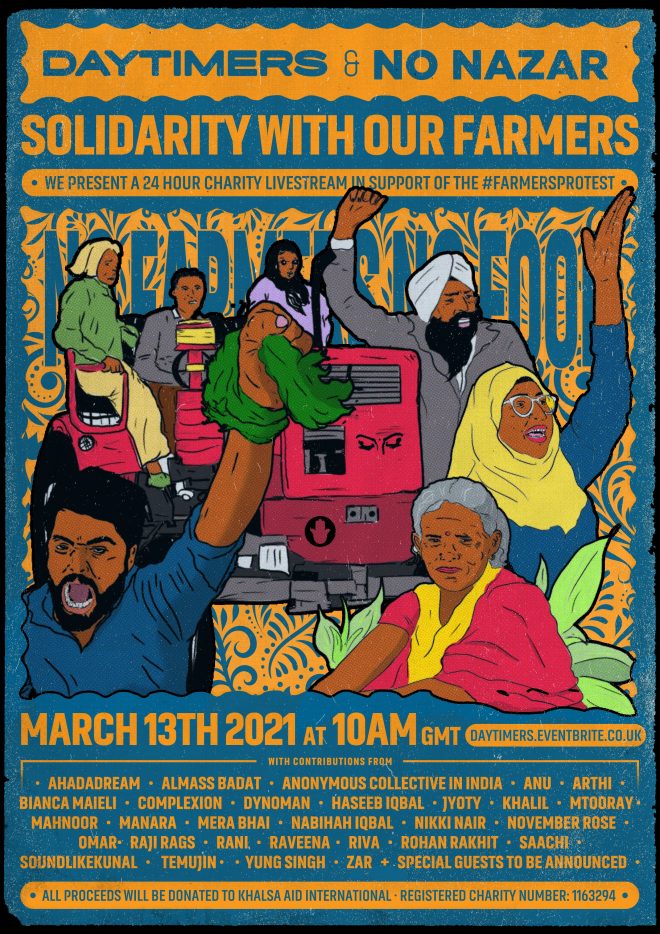