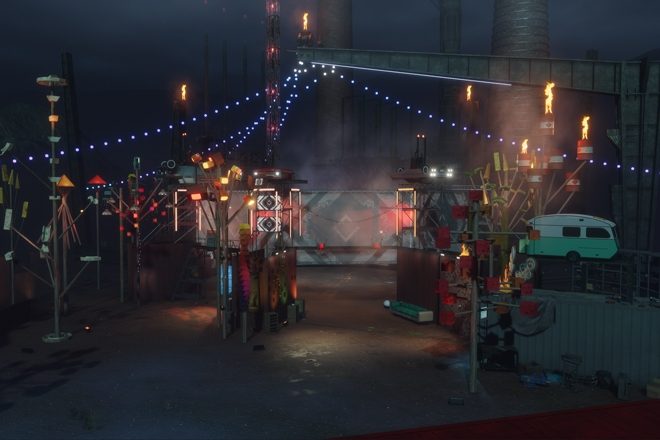 Shangri-La, the world-famous arena that brings Glastonbury festival alive at night, is turning into a virtual reality festival for 2020.

Lost Horizon will take place on July 3-4 and will feature four different stages and over 200 works of art in what organisers are calling the world's biggest arts and music VR festival.

Read this next: The Secret DJ on taking his parents to a festival

Ever a breeding ground for underground talent, rising DJs like Jaguar, ABSOLUTE., 24 Hour Garage Girls and Patriboi69 will also play for the team behind one of the festival circuit's most iconic areas.

Lost Horizon promises secret sets, hidden stages, a ton of exclusive new artwork and enough music to make you feel like you've actually been to Glasto (kind of).

The festival can be experienced on mobile, desktop and social with virtual reality and PC users able to move around the festival and interact with other festival goers.

Read this next: We talked to the people who went to the greatest festival of all time

The festival is of course a reaction to the pandemic and will be raising money for Amnesty International and The Big Issue.

Lost Horizon Creative Director Kaye Dunnings said: "Shangri-La has brought many world firsts since its creation in 2008, from the first to use video mapping in a festival environment and an immersive storyline, to the first womxn only space or Heavy Metal area at a mainstream festival, incorporating creativity at its core and as a direct response to the world we live in.

"Our mission is to pioneer new ways of sharing culture and creating a global community that we feel defines us and our ethos."

Full information can be found here and you can watch a teaser video below.